What Makes a Stylish Man? 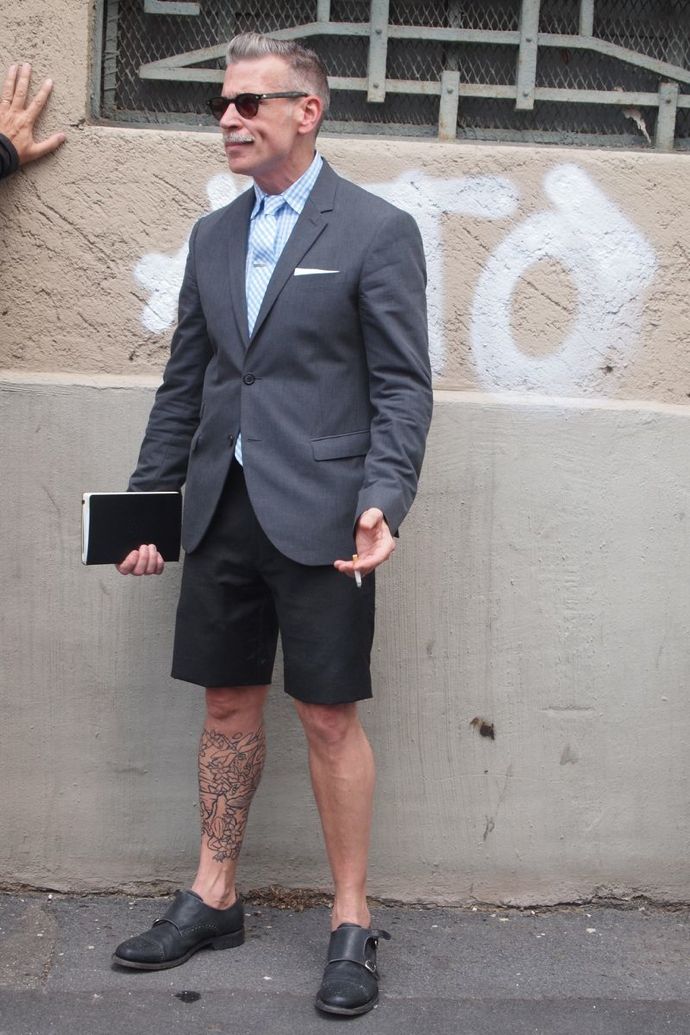 Menswear has grown up. While the hoodie and skinny jeans have a tousled head appeal, it’s a pleasure to see men dressed up again. There’s an evolution of shapes, a cocoon-like shoulder and a Jodhpur dropped pant. But all in all, it’s the suit that’s cutting through the sartorial laissez-faire.

Gone are the days of slovenly dressing. Even the current redux of grunge is gussied up, as seen from Richard Chai’s S/S11 layered looks. Perhaps, it’s a flashback to a simpler age, where men took haven in their elegant masculinity.

With cues from pop culture nuggets such as Mad Men, suits signify a backlash from effete hipster-dom. This new state of civility is reflected not only on the runways.  There’s always been a fluid exchange of ideas but now candid snaps are shot into the inter-webs on street wear blogs. The fashion elite photos of Tommy Ton or the impeccably dapper old men of Mister Mort or the slick urban sense of Street Etiquette document what fashionable men are really wearing. The suits are slim two buttons, three-piece or the boxy double-breasted blazer. It’s all polo prep with suspenders and bow ties: the wasp-y Wall Street banker meets the dandy. Gents wear army khakis and medium hued selvedge denim for a casual look. Or it’s well matched with a blazer. Army camouflage pops up here and there.

Navajo Native/western flourishes in the form of friendship bracelets; backpacks and belts add historic charm. The classic summer male apparel of bright blue pin stripes, chambray, gingham shirts are featured alongside summer staples of shorts, anoraks and polos. It’s layered with scarves, paired with nostalgic saddle shoes, deck shoes or moccasins and topped off with the finishing touch of a panama hat.

The bright colours are about optimism. Men are rejoicing in the celebration of spring and maybe, a yearning for a kind of Oscar Wilde-like ceremony. Better yet, from one glance, we guess this is the kind of man who’ll follow through, do the things he’ll say while taking a matching paisley handkerchief, wiping the sweat off his brow. Perhaps not, but at the very least, he’ll be wiping that perspiration from the oh-so-hard-work of looking darn good. See the evolution of men’s style at the blogs below. Designers have experimented with fabric and cut, form and colour, function and customer; what will a man’s first suit look like next autumn?