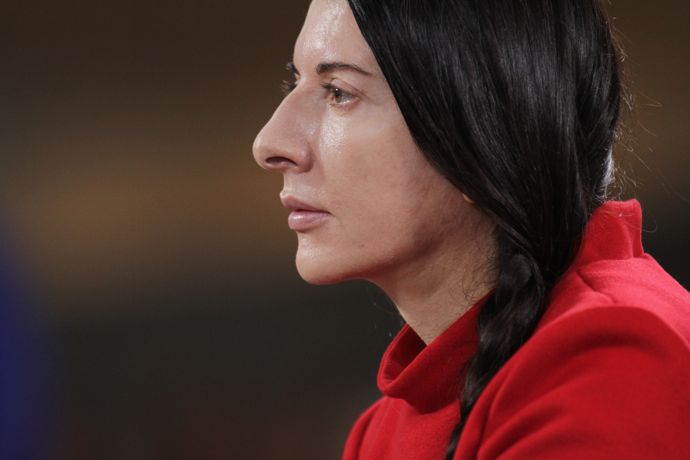 Marina Abramoviç | The Artist is Present follows the renowned performance artist as she prepares herself for the most important moment of her life, a blockbuster retrospective of her controversial work at MoMA in 2010. It shows her training a group of actors to perform her pieces and also how she is preparing herself for her most challenging performance to date: for three months, seven and a half hours a day, Marina will sit absolutely still in a chair facing an empty chair opposite. Members of the public were invited to take a seat in the other chair and to stay for as long as they liked. Many attendees stayed for hours, experiencing a range of emotions. As the exhibit gathered in popularity, people started to sleep outside the museum to guarantee a place in the queue the next day.

Known for her extreme performance-art installations, many of them involving nudity and punishing forms of bodily deprivation, Abramoviç is one of a tiny number of artists of her generation still working in the field. She is also a glamorous icon, a lightning rod for controversy and a myth of her own making. But after 40 years of facing skepticism about the artistic merit of her work, she says she’s tired of the alternative label: ‘I’m 63! I don’t want to be alternative anymore!’

Based on interviews with Abramoviç, her collaborators and a variety of art commentators, friends and fans, the documentary weaves archival footage of Abramoviç’s early works with images of her personal and professional life in the momentous year leading up to her MoMA extravaganza. Revisiting her controversial beginnings in the early 1970s, the film includes footage of some of her early works, such as her driving around a public square in a van while shouting numbers from a megaphone, taking psychoactive drugs to challenge social attitudes towards female mental illness, and mutilating and flagellating herself. As she admits in the film, a lot of those had to be scheduled to be performed in the early part of the evening as she was still living at home at the time and her very strict mother insisted on a 10PM curfew…

The retrospective exhibit occupied several floors of MoMA, most of them dedicated to earlier chapters in Abramoviç’s career, with images and videos of installations, many involving fellow performance artist Ulay. The exhibit also features 41 young artists enlisted and trained by Abramoviç to re-perform some of her early installations. For example, in the work Imponderabilia, two artists stand face-to-face, completely naked, on opposite sides of a doorway that the public can only squeeze through by brushing against the couple’s naked flesh – a piece originally performed by Abramoviç and Ulay. 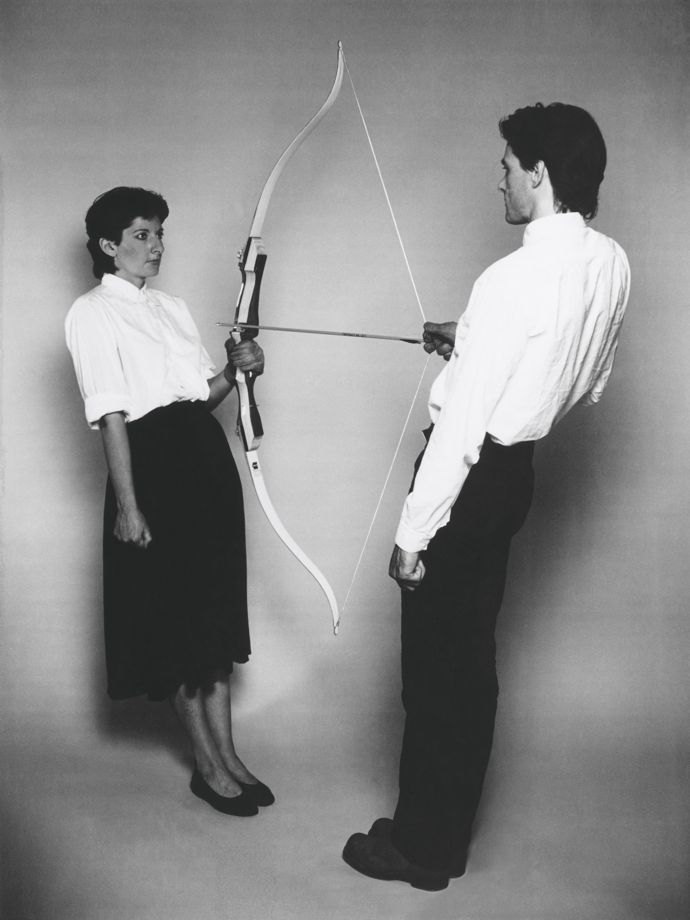 I didn’t have any specific views about performance art or indeed Marina Abramoviç before watching The Artist is Present. I was familiar with some of her work without realising the name of the artist. So far I’ve watched this documentary 3 times and I could happily watch it another 3 times or more! It’s extremely engaging without being sugary or idolising; I defy you not to fall in love with the force of nature that is Abramoviç so when I was offered an interview with the director, Matthew Akers, I jumped at the chance!

Volt Café: The Artist is Present is an incredible body of work – shot over 10 months and in 6 countries. What attracted you to Abramoviç in the first place?
Matthew Akers: It was actually the producer, Jeff Dupre, who met her at a dinner party. I knew about her already, I have an Art degree, but didn’t particularly want to do it as we’ve just wrapped on two long-term projects, Carriers and Circus. Circus took a year and was hard work, we had to gain the trust of the circus folk to the point where they’d let us in to their caravans and we travelled with them. I also thought the subject matter was too challenging, of course there was NO money at all…
Also I was admittedly sceptical about performance art. I prefer ‘real’ art.

VC: How did she respond to that last statement?
MA: She actually liked it! Once I met her it all fell into place. She’s fearless. We got total access; she even gave me the keys to her apartment straight away. I kind of wanted to dismantle her myth, figure her out. I wanted the documentary to be authentic. The performance is what it is; we had to discover what we were trying to say about it.

VC: This was your directorial debut as a feature director?
MA: Yes. I didn’t want to make a rarified art film, I wanted it to be seen and ideally appeal to a huge audience.

VC: Did working with Abramoviç change your views of performance art?
MA: Definitely. Ideally I’d like this documentary to change the scepticism that exist around performance art. I certainly didn’t want it to be a hagiography. I wanted it to transcend the art world bubble.

VC: Abramoviç has a reputation for having a performance persona – she’s always ‘on’ and it’s hard to ascertain whether you’re meeting the real Marina or the public figure. Did that get in the way of an honest portrayal – she comes across as this very formidable woman. Did she never have a bad day or flare up?
MA: She agreed to have no editorial control from the start. There was complete trust. She is absolutely fearless, very giving, very gentle. The only thing she was reticent about was her relationship with Ulay. But they both agreed to open up. Making this documentary was a perfect symbiosis, I was hard on her and she trusted me, she’d seen my previous documentaries which were truthful, not sensationalist in any way.

VC: The Artist is Present is incredibly well edited – if anything you want more, so rare these days where often 10 minutes of actual footage is spun into an hour long programme. How did you decide what to keep and what to discard?
MA: I was very inspired by Marina – she pares down her performance – that inspired me to do the same. We touched on key concepts to illuminate what she trying to do at MoMA. Everything you see on the screen is our subjective view of her performance. 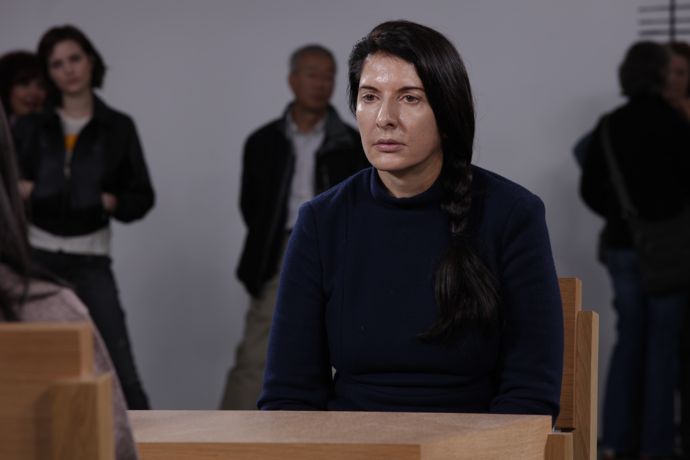 VC: How much of your time was actually spent at MoMA filming?
MA: They gave us more access than they’ve ever given anyone before because they recognised the importance of the performance and the riskiness of it. We filmed it in its entirety with static cameras that I mounted. And I went in 3 days a week with just a skeleton crew.

VC: Did you get a chance to sit in front of her yourself?
MA: Yes, towards the end. It was definitely a transformative experience. When you sat there in the demarcated square, all the lights were focused on you. These lights created a vacuum. Despite the public space it felt like a cathedral, very intimate. The lights also created tricks, made her sometimes disappear. It was a very tender moment, she was vulnerable and you truly felt a deep connection.

VC: What do you think it is that’s so special about her? The audience seemed almost mesmerised. As the weeks wore on she was almost elevated to a godlike status.
MA: Marina has worked her whole life towards that performance. She is someone who is full of energy, talks constantly, so for her to be absolutely still was a real challenge. She rejects the notion of a God but believes fiercely in transmission of energy. She has spent time with Aborigines and in Tibet, her personal power has been honed over the years in order to be present, to resonate with energy.

VC: Do you think the act of looking into her eyes was especially powerful because we tend not to make eye contact with strangers – or even people we know? This act that denotes trust is now seen as a provocation almost, something that usually makes people very uncomfortable or as an act of aggression.
MA: Marina doesn’t actually make eye contact in regular life – in order to preserve her strength – so it was a deep psychological decision on her part to lock eyes with so many people. By doing this, the performance became a portrait of ourselves, it forced people to present themselves. You were looking at her, she reflected the gaze back to you, so you were then watching yourself. And so was the audience. You had to embrace observing yourself, you had nowhere to run.

VC: Do you think in a way we’ve elevated the notion of The Artist into a mythical being? Was that what Marina was trying to say – The Artist is present, NOT the human being Marina Abramoviç?
MA: I think what she wanted to show was that the public completed the work – the title might imply that the public were in fact The Artist. She wanted it to be more inclusive, to make people look at their part in the performance, that they weren’t just consuming.

VC: Were you ever concerned for her safety at MoMA?
MA: Yes – on a personal level. But from a cinematic point of view I almost wanted unpredictability, wanted something to happen! I was worried her stillness would be too static. As it turned out that was not the case. The museum took loads of precautions and over the course of the 3 months the guards got if anything even stricter.

VC: What’s next for Matthew Akers? What would be your dream project?
MA: Honestly? I just need to decompress! All I can say is that at the moment I have 3 projects in various stages. 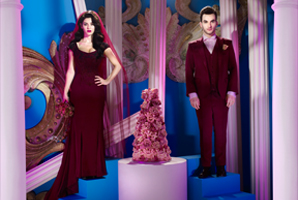 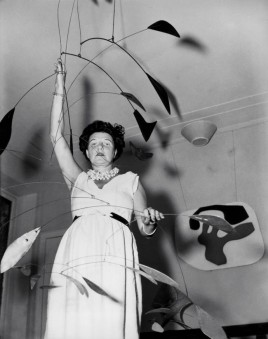 Peggy Guggenheim | Art Addict, Lisa Immordino Vreeland’s documentary about the trajectory of the career of socialite, collector and patron Peggy Guggenheim is a must-see for anyone who’s interested in modern art. Prepare yourself for a tsunami of names and riveting documentary footage – Peggy knew them all. Although initially an amateur collector, with tutelage from […]