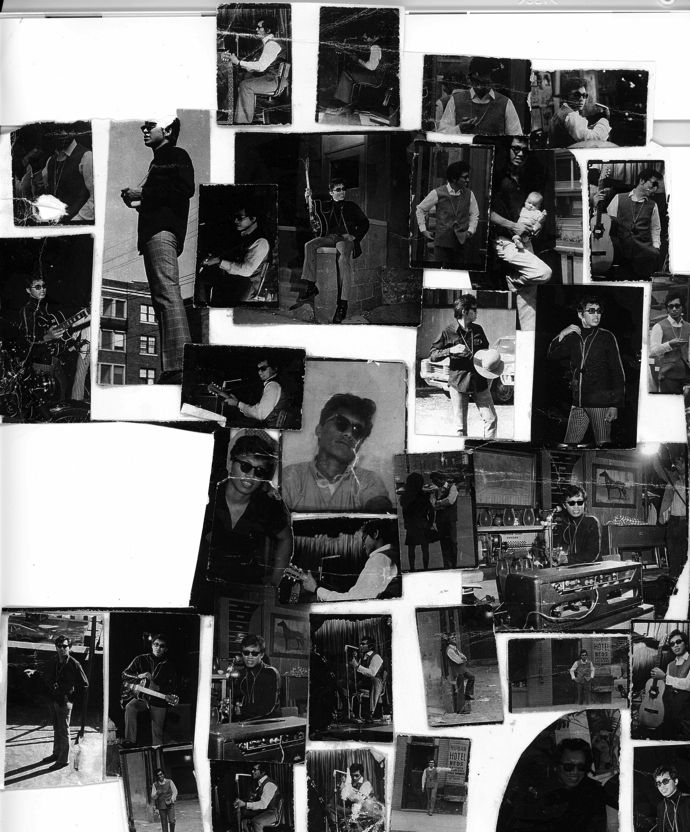 Volt Café recently interviewed Malik Bendjeloull, the Director of Searching for Sugar Man. Bendjeloull’s outstanding and very moving film about the legendary Sixto Rodriguez deserves to be a huge hit. Here Bendjeloull talks about what lead him to make the film in the first place.

Volt Café: Have you become friends with Rodriguez?
Malik Bendjeloull: (Laughs)Yeah! We’ve been hanging out all the time!

VC: How did you do you personally discover Rodriguez?
MB: Well, I discovered his story. I was traveling around Africa and South America, with my camera, for 6 months, and I found a few good stories, I was like ‘Okay this is good’, but then I heard about Rodriguez and I said ‘WOW!’, I’d never heard anything like it. Just a great, great story.

VC: Having heard the story, did you have any reservations about listening to Rodriguez, in case it tarnished the story?
MB: Yeah, I thought, ‘The music can’t possibly live up to my love for the story’.

VC: Would you have gone ahead with the film even if it hadn’t?
MB: Yeah, well, maybe, because it started as a short TV piece, like one hour, and then it grew into a film. So maybe it wouldn’t have gotten that big, I would still have given it a lot of love but not as much love.

VC: You started out doing music documentaries for Swedish TV, do you now plan on doing more music documentaries?
MB: Now I think the story is really more important, than the subject. Music is wonderful, it’s perfect, you need a soundtrack, and when the soundtrack tells the story it works so well. But a really, really good story is what I’m looking for. Good stories make you go ‘Wow, really?’ and then ‘Wow, really?’ again, – the more times your jaw drops the better!

VC: Rodriguez comes across as a rather quiet and humble guy, was it difficult trying to coax time and information out of him?
MB: Yeah before I met him, everyone said I shouldn’t even try to interview him, he doesn’t do that sort of thing, he’s a mystery, and he should remain a mystery, and I realized, yeah, you’re right. So the first time I went to Detroit I didn’t even try to interview him, I just got that shot where he opens the window, and him walking down the street, but I was there and I thought ‘I have to ask him a few questions at least’, and I really only asked him a few.

VC: The mystery around Sixto is something that any modern band would kill for – do you think something like this could ever happen again?
MB: I don’t think this will ever happen again, if you think about why it happened, it was a time before the internet, which is enough. It was during the apartheid in South Africa, when it was a completely isolated country, there was a boycott of foreign things, no cultural exchange. Most importantly though he was living in a house without a telephone! So he was isolated, the country was isolated, and there was no medium for them to connect, of course this can’t happen again.

VC: Rodriguez philosophises a little bit with his family about why he wasn’t a success in the states, but watching the film, the moment you listen to the music it is impossible to see why it didn’t completely sweep the states at the time. Why do you think that is?
MB: Well that’s thing, the mystery isn’t why he was big in South Africa, the mystery is why he didn’t get big in America, because it’s so great. There are a few stories like this, Nick Drake, for example, wasn’t discovered while he was alive, only later. And why? Well, because the music was that good. It’s the same thing here, the music is on that level, in South Africa he’s considered as good and as popular as Dylan, The Rolling Stones, The Doors, the pantheon of rock gods, that’s where he is. He’s not merely popular, no, no, he’s the one, it sounds crazy to say but that’s where he belongs, I think.

VC: South Africa took an interest in Rodriguez largely due to the apartheid movement, while in America at the same time they were having there own civil rights movement. Why didn’t it catch on there, would you say the Americans at the time were more conservative or racist than their South African counterparts?
MB: That Americans were more racist than the South African liberals, yeah, perhaps you’re right. I mean, in South Africa [the white settlers] they were completely outnumbered by people of other origins, and the young people thought that the system was absolutely insane, it was such a disgrace for them that they were living in a country, basically the most conservative country in the world, it was a sibling of Nazi Germany. People knew they couldn’t speak out too much because they would be thrown in prison, literally it was a police state, and Rodriguez was the only artist at the time who really became big, singing against stuff like that. They tried to censor him by scratching his records that they played on the radio, but you could still buy the record, so the records became massive, sold so many albums. There were no other artists on that level politically, saying ‘The system is gonna fall soon to an angry young tune.’ This was aimed at the musicians, and they listened, the first white, anti-apartheid movement was these guys who picked up their guitars and started singing against it, and they all said that Rodriguez was the one who guided them. By remote control he was kind of changing the country, without even knowing where he was aiming.

VC: Everyone you spoke to in the film sang his praises and thought his albums should have sold, do you think that they were speaking retrospectively or was it completely genuine, and it just wasn’t pushed enough?
MB: That’s the big mystery! One of the reasons people didn’t want to listen to him in America at the time was because if you had Mexican looks and your name was Hispanic, then you should do Mexican music, you should be a mariachi. It was seriously challenging to the white rock scene, and maybe at that time in America it was a road you weren’t allowed to follow

VC: Personally I enjoyed the film very much, which is rare when it comes to documentaries. Instead of emotional, lingering close-ups you went with beautiful panoramas and some very interesting animated sequences. What convinced you to go that route?
MB: The idea was initially to have a lot, because he wasn’t famous, his family didn’t have a video camera or any footage from the early years, and so I knew we would have to use a lot of animation. But then I didn’t have any money, I ran out of money in the first year and then for another three years I made this film without a cent in salary, for four years. In the end the animated illustrations, the original music, the editing, I did it on my kitchen table, and not because I wanted but because it would never have been finished, all the funding dropped out, it was horrible.

VC: Having had all that trouble getting it off the ground, do you feel validated now that it has been picked up by such good people?
MB: Yeah, it is fantastic, it is amazing! There was so much struggle, so many people who were opposed to it, trying to make it not happen, and now it’s going to be in 100 cities in America, and at least 20 countries. Rodriguez had never played for more than 300 people at a time in America and now he’s going to be on David Letterman!

VC: What do you think the film’s legacy will be?
MB: I don’t know, I think maybe the music will be re-evaluated and it’s going to be something that people will know of, everyone should, because he’s one of the great artists of the seventies. In terms of the story, it’s a very feel-good thing.

VC: The film has been extremely well recieved by people who knew nothing about Rodriguez, including myself. Halfway through the film I felt this immense respect for a man I had only just met. Was this your goal initially?
MB: I wanted to tell the story like Titanic, where everyone knows the ship is going to sink, but for some people I knew this would be new to them. I worked hard to make it work either way, both from a perspective where you know nothing or a perspective where you know everything. It was designed for the people who knew nothing about Rodriguez, but it was important to me that people who did know the story would still be interested. It made me very happy when someone told me that the second time they watched it was even better, because that means it is still good even if you were a part of it.

Searching for Sugar Man is a film about hope, inspiration and the resonating power of music. It opens nationwide on the 26th July 2012 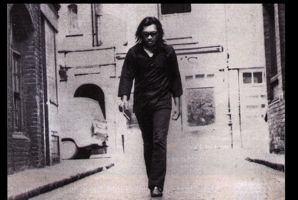 Searching for Sugar Man is a documentary about a little known American singer named Sixto Rodriguez. Directed by Malik Bendjelloul and produced by Simon Chinn (Man on Wire) 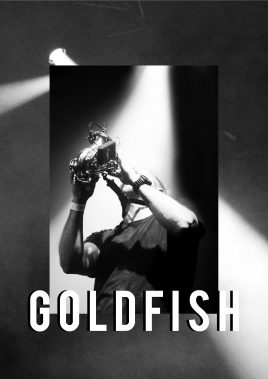 “It has always been music for us! There has never been another way.” Goldfish is an electronica and dance group originally from Cape Town, South Africa, consisting of Dominic Peters and David Poole. They create dance music containing elements of jazz and African music. Recently Goldfish performed at Electric Brixton. Volt was there to have […]