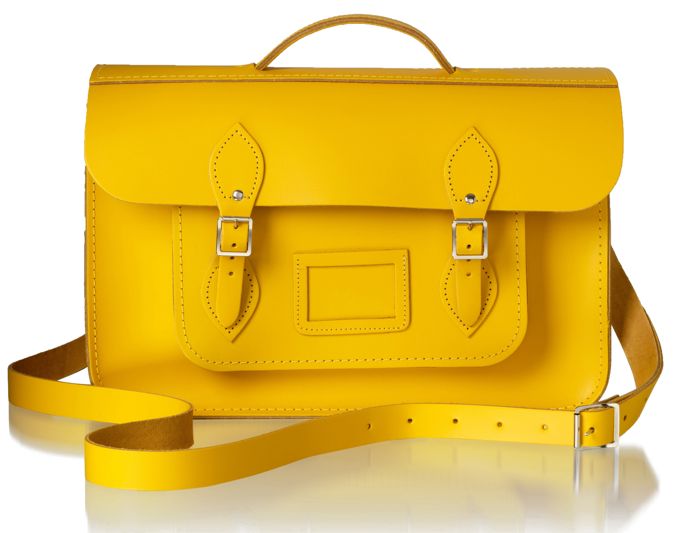 Recently I was sent this ad by Google Chrome as part of their series on success stories that couldn’t have been achieved without the internet. The 60-second ad follows the founder of The Cambridge Satchel Company, Julie Deane’s inspiring journey from her initial idea for the brand to actual production of her premium leather satchels and a yearly turnover of £10 million. Cambridge Satchels have turned into a global fashion craze seen on the arm of every journalist, blogger and celebrity worth their fashion salt. Not to mention us civilians, from school children to grown-ups who have fallen in love with these satchels that manage to be beautiful AND practical, made from leather, well-priced and most importantly, produced in the UK.

Julie Deane turns out to be that rare thing, a thoroughly good egg, sustainable, considerate and keen to plough her profits back into society. She is also extremely intelligent – a Masters in Natural Sciences from Gonville and Caius College, Cambridge, the first female registrar at Gonville and Caius in 650 years and a Fellow of Gonville and Caius as well. To be honest, after spending 45 minutes with her, I’d happily see her as the next Prime Minister.

Volt Café: The Google Chrome ad was great – I love the way it shows that you can have an idea, do it and make it work! At what point did you realize that your idea was going to work?
Julie Deane: Thank you. I felt it captured it all perfectly, the spirit and heart behind The Cambridge Satchel Company. Right from the beginning it was so focused – my daughter was being bullied at school and to move her to another school, I needed to earn more money. Emily’s school problem pushed me really hard and then I also wanted to do the same for her brother, Max. My mother offered to help too, she had no money to back me but she had her energy. I set myself a timeline from the school holidays till Christmas – I thought if it didn’t work out by then, I’d have to find something else. 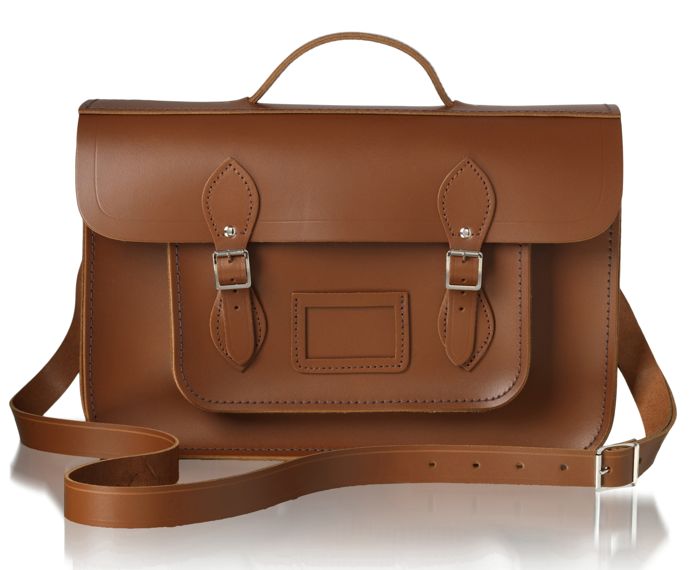 VC: In the ad you really sense your family is behind you – did they ‘get it’ from the start or did you have to convince them?
JD: No, they were very excited that mum was going to start her own business! It was great for them to see that you can see an idea through; if you are really passionate about it, you have a real chance of making it. Because of that, they don’t have the feeling that something is unattainable or that they are excluded from something. I gave them the job of writing to Fashion Editors to tell them about the product, which was a great learning curve for them, I stressed the importance of addressing people correctly and it was exciting for them to get the replies. My husband was super supportive; he travels a lot so coming home to a house that was full of shop stock and a wife who no longer had time to run the back-up he’d gotten used to was probably a bit stressful!

VC: For how long did you work out of your house? Was it really like the image in the ad, piled up everywhere?
JD: Yes! For two years. In the end it was a problem for the dog to use his dog flap to get in and out and you had to negotiate your way to the bathroom! I kept putting it off till I was truly successful, then moved to Copley Hill where we are today. And that seemed so huge when we first moved in, which was overwhelming. Yet it has been expanded to double the size since then and to be honest, space is at a premium.

VC: I recently spoke to the choreographer Sasha Waltz, who is in charge of a huge dance company. She said something quite profound, that there is a lot of freedom in failure as no one depends on you. Once you make it, you’re responsible for all these people and your brand or reputation if you like. Do you agree?
JD: Absolutely. I’m responsible for 70 people’s mortgages! That’s a big responsibility. Everyone who works for me tries so hard and they deserve a stable job. I don’t want to bodge it up for them. That Zatchels did me over really upset me.

VC: Yes, I wanted to ask you about that. Well done for winning the court case, a rare thing in the fashion world as for some reason it’s usually difficult to prove ownership of an idea. And a potentially risky undertaking financially for the righteous owner, who sadly has the most to lose doing it. What actually happened?
JD: They’d been manufacturing for me for a couple of months while churning out copies on the side. I only found out because one of their employees couldn’t bear the deceit any longer and told me. I was so angry, both with myself – that I’d been such a bad judge of character – and with them for deceiving me. I think they thought I was too reliant on them manufacturing for me to actually do anything about it. But it spurred me into opening my own manufacturing plant – with some of the workforce from Zatchels incidentally – and 3 weeks after making an offer on a factory we were in production with machinery sourced from Poland. Those machines are UK made but had been sold off to Poland so it felt great to bring them back!

VC: So in a strange way Zatchels did you a favour… As it made you open your own factory. It is also encouraging to hear that you managed to source UK-made equipment. We pay a very high price for all the supposedly cheap fashion on the High Street which means factories in the UK close down, the workforce loose their jobs, whole communities are out of work with the ensuing social problems, but hey, never mind that, I can buy a pair of knickers in Primark for 75 pence! Result!
JD: Yes. It is devastating to see how much we have lost sight of manufacturing in this country. My workers are proud of their skills and get a huge sense of satisfaction from making things. I’d really like to reinstate apprenticeships rather than work experience or internships. I don’t like the idea of people not getting paid. I wouldn’t want my son or daughter to be treated that way. I’ve been talking to the Business Link people about apprenticeships in leather cutting and sewing. I see it as a big responsibility and I want to treat other people how I’d like my children to be treated. I still use all my original suppliers; they are the backbone of my business. I believe in fairness and like to pay people straight away. You hear how badly the big supermarkets treat their suppliers; to me it doesn’t make any sense to make life difficult for your suppliers. 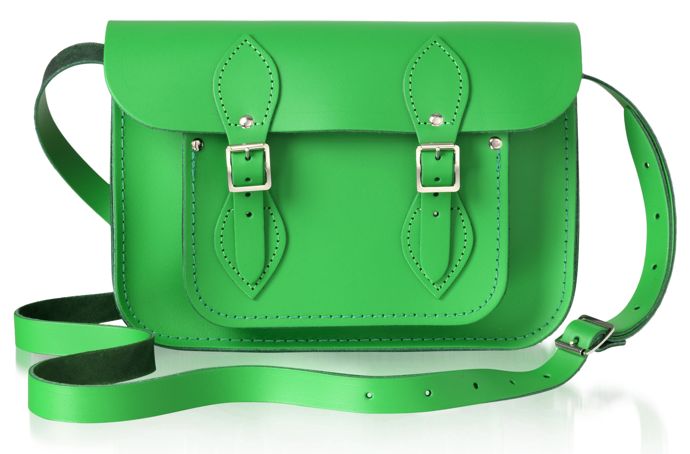 VC: There must have been many highlights along the way – which would you single out as your proudest moment?
JD: When mum and I took Emily and Max to John Lewis to buy their new school uniforms and we realized we’d done it. That was in a way even better that being invited to Number 10 by Samantha Cameron. I still pick them up from school every day and it is just a lovely daily reminder. My children are at a great school and they are so happy. We support anti-bullying charities. It’s a big issue out there and for people to be picked on is horrible. 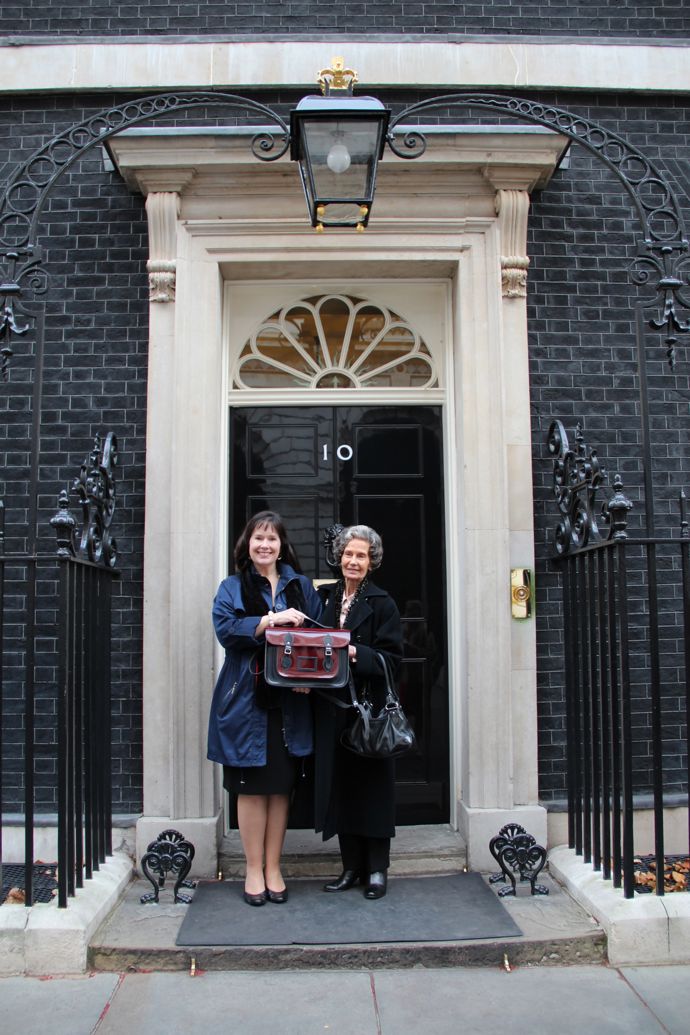 VC: Your celeb hit list is well documented. Who really made you open your eyes wide?
JD: The collaboration with Comme des Garçons was lovely. And when the designer Erdem placed an order in person and I overheard my mum ask him several times (as I’d stressed it was important to get people’s full names when ordering) what his surname was and he kept saying ‘It’s just Erdem’! 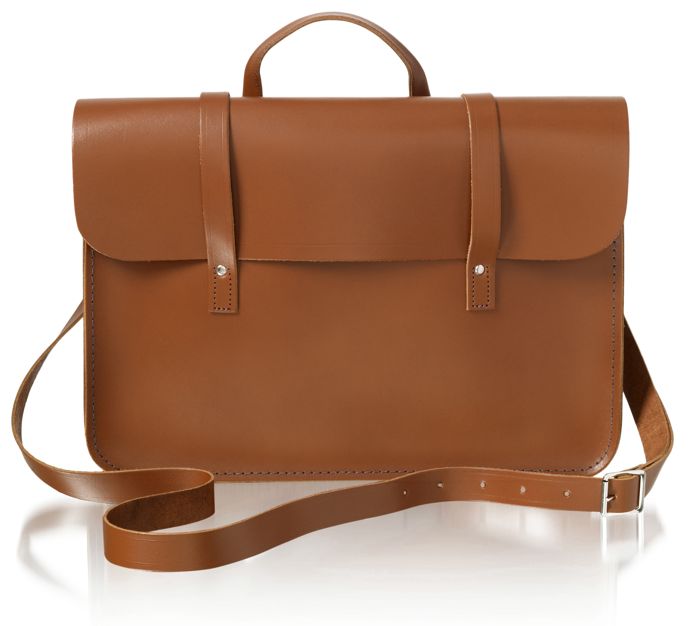 VC: You have some great styles – my personal favourite is the Music Bag. What’s next for The Cambridge Satchel Company?
JD: Several new styles actually. The navy/oxblood colour bag I took to Downing Street was a ‘rescue’ bag that I found at the factory, it was a design that hadn’t made it. Then I had so many messages about it, we decided to bring it out as The Downing! And we have some great metallic designs coming out for Christmas.

VC: A strong sense of practicality pervades every step you’ve taken – from the list of jobs you decided you could do dealing with Zatchels by suing them and opening your own manufacturing plant. How would you describe yourself in 5 words?
JD: I can do 4. Focused, determined, caring and loyal. 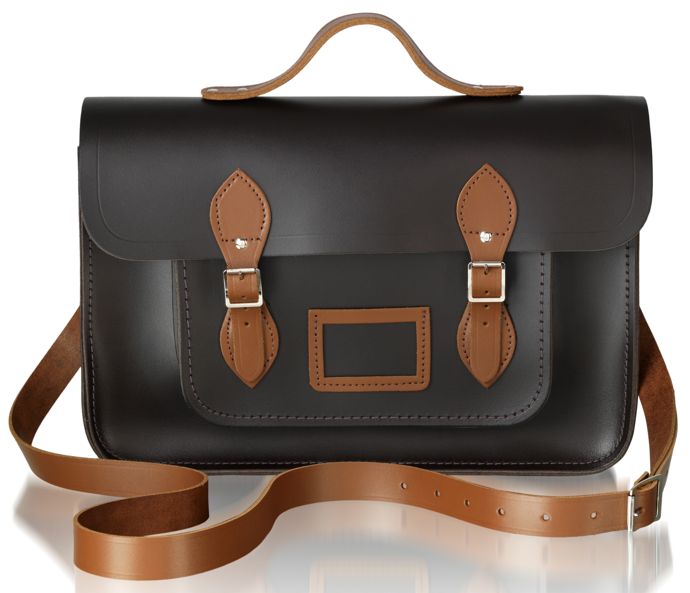 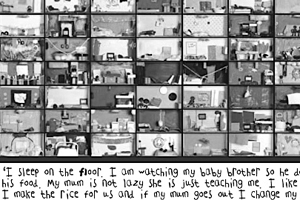