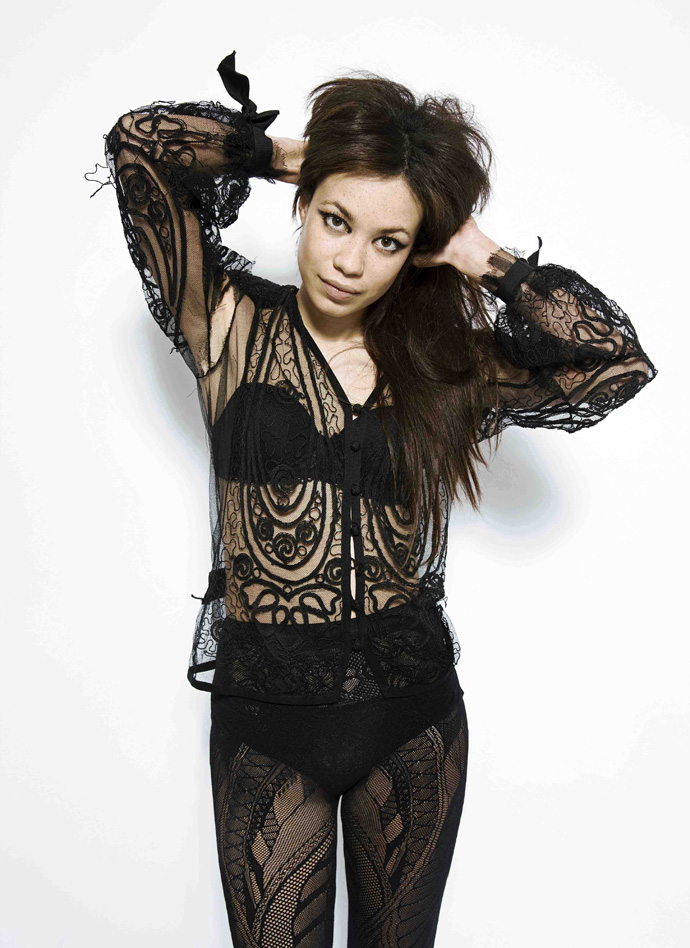 VOLT: Hi! Do you prefer to be called Imogen or Smokey, and where does the name Smokey come from, is it a nickname? Who gave it to you?

SMOKEY: Smokey is a nickname given to me by my friend Tom,he is a brilliant musician living in Birmingham. I went back to see him a yearor so ago, and it was the first time he had heard me sing for awhile… he said ‘you’ve gone all smokey’. That’s where it comes fromand I guess it stuck.

V: Nick Knight recently shot you performing live for SHOWstudio how was the experience? How does it compare to live performances with an audience?

S: Well, it was brilliant! Being asked to contribute to SHOWstudio was an honor , as I have been following it for a few years. Nick Knight has been amassive inspiration to me… because of that I was petrified! But it was great. Playing without an audience had good andbad sides…good was that no one was talking over me! The other side,was, it was difficult to judge how I was doing without people reacting to it in an audience. The experience was amazing.

V: When did you start writing music and playing guitar? Can you remember any pivotal songs,musicians, experiences which inspired you to become a musician?

S: I asked for a guitar for my fifteenth birthday. My cousins were all musicians and I was massively inspired and excited to have a go myself. Writing lyrics and composing songs just happened spontaneously.Modest Mouse playing at a small venue in Birmingham was defo an inspiring experience.

V: Can you tell us about your first live performance?

S:Yep, it was at a Goth venue in Birmingham in 2004 called Edwards No 8. It was very strange to be singing my songs amongst the skulls on the walls… but packed full of friends so that was great.

V: What has been your musical highlight so far – either performing, or seeing someone else live?

S:I get shivers when I think about Blonde Red supporting Interpol at Alexandra Palace.I remember making my mum cry when she heard a song I’d written, we haven’t  spoken about it, but she knows it’s for her. Oh and meeting Isaac Brooke, and having a free-style battle with Mike skinner from The Streets.

V: You have a seemingly soft, ethereal sound, but many of your lyrics are quite subversive –  ‘Green’ for instance. Do you find writinglyrics are a good way of dealing with personal experiences?

S:I think each song is like a chapter or page in a diary that doesn’t exist. They are all about personal experiences, some good… but mostly bad!! It’s like purging out emotions and when the song is finished, I can move on emotionally.

V: If you could duet or collaborate with anyone, dead or alive, who would you choose?

S: Bjork… But I would be scared to collaborate with my big idols; I think it might shatter the illusion…My boyfriends band Real Fur are amazing and we have often talked about collaborating… but maybe a bit Sonny and Cher…

V: You wore a Fred Butler headpiece for your appearance on SHOWstudio, do you carefully plan what you are going to wear when you perform and do you think it helps you create a stage persona?

S: Yes the lovely Fred made my headpieces! I defo think about what to wear. I think it’s important, as it’s part of the message you send out as an artist, but It’s just as important to be comfortable, and to look comfortable.

V: Do you have any rituals before you perform, a way of getting into character so to speak – or do you feel completely yourself on stage?

S: I’d say that getting my amazing boyfriend to tune my guitar is becoming a ritual. He would say that its more likely to be drinking a (large) glass of wine.

V: You are studying Fashion Promotion at Central St Martins, so you clearly have an appreciation for fashion – does it have an influence on your music, and vice versa?

S: I love fashion and its something that excites me. The relationship between music and fashion is greater now than it has been for many yearstake Gaga for example, but fashion has never influenced my music.They are two very important things to me, but they don’t consciously cross over.

V: whose style and fashion sense do you most admire, past or present?

V: You are working with James Dring (producer behind The Gorillaz, Jamie T and Beyonce) on your forthcoming EP, have you enjoyed the process and who would you say your influences have been with regard to the final sound?

S: Yep, its still very much in its early stages, I think I change my mind daily as to how I’d like it to sound.  And although I can hear what I’d like to sound like, I’m not very good at communicating it! Au Revoir Simone was definitely on the mood board. James is amazing – I trust him and his ideas, what I’ve heard so far is so exciting. I dance around my flat to it with friends I could never dance to my music before! Ha-ha.

V: We look forward to seeing more of you! When is the EP released and do you have any tour dates or festival appearances planned this year?

S:Dates not confirmed yet but check out the myspace in a few weeks!!!  Imogen and the acoustics. 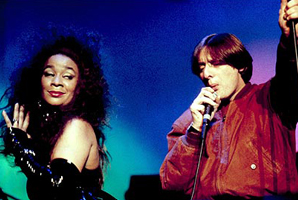 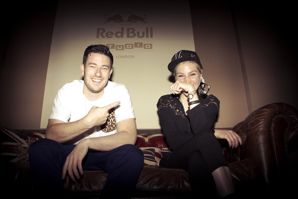 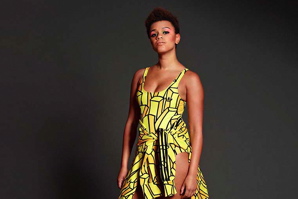