Volt Café: Could you give us a spoiler of your upcoming presentation and film screening during London Fashion Week?
Fred Butler: This season I’ve been lucky enough to have support from Red Bull Catwalk Studio to make a fashion film with Elisha Smith-Leverock. The presentation will be a mix of the film and live models wearing the actual pieces from my S/S13 collection. The whole thing is held together by an exclusive soundtrack, which I made with Two Inch Punch at Red Bull Catwalk Studio. I want visitors to the space and online to be transported to my new dreamscape which is glistening gold.

VC: You have the theory that the downfall of man will be technology and that the lack of real communication in the virtual world will eventually turn us into Neanderthals. Does this theory find its way back in to your work?
FB: Yes! I want people to switch off from being engrossed in their virtual life and look up to see the living, breathing world surrounding them. I love the idea that someone might strike up a conversation with a stranger about the tactile and curious accessory they are wearing rather than be closed off and shut down staring at their phone. Humanity needs to reconnect with actual one-to-one conversation rather than ignoring each other to check their online status.

VC: You have a very impressive client list. Who do you think have used your accessories and props in the most creative, unusual and inspiring way?
FB: Patti Wilson has been a great support since the offset. She was one of the very first stylists to understand my service of creating one-off pieces. She is 100% involved in pulling together concepts for her stories and literally picks up the phone to discuss how she’d you’re your work to contribute to those epic plans. She is respectful in commissioning to incorporate your identity within an editorial, secondly she makes sure it is shot sensitively, thirdly she credits dutifully and lastly returns pieces on time and carefully packaged. It is rare that any of those elements are practised by stylists, so she is a dream client in addition to of course being a legendary creative force.

VC: Colour and texture are both very important in your work. If you had to live without one of these two design elements, which one would you choose?
FB: I couldn’t live without colour. It’s the be all and end all. I begin each day working out which colour to wear and later fall asleep dreaming what colour I want to work with. Sunlight gives the earth life and the spectrum is the whole rainbow. By nature, colour is the most important key ingredient in existence!

VC: You once said that you are obsessed with rainbows. If you will ever get to the end of a rainbow, what do you think you would find there?
FB: Hopefully love!

VC: For the Vauxhall Project the blogger Diane Pernet was your mentor. What were your thoughts when you heard you were going to team up with someone who is renowned for only wearing black?
FB: I requested Vauxhall to ask Diane to be involved. She is my mentor and I was so chuffed and honoured that she could take time out of her schedule to visit my studio in London. My intern Risa was beside herself with excitement too, so that was a lush experience to share. I first met Diane through interning for threeASFOUR so it was a full circle to pass on that opportunity.
Diane and I have a connection about creating uplifting work, which is separate to her own preference for wearing black. If anything, that curious contradiction is what makes Diane so special!

VC: Music is something else you are passionate about. Is there a song that exactly defines who you are and what you stand for?
FB: Jackie Wilson’s Reet Petite. When I was a kid I went to a girl’s house, who had MTV. That was the most exciting thing in itself, and this was the video playing, which blew my mind. It’s stuck with me ever since and is one of my favourite songs to play when I DJ. You can’t not dance when you hear it – it’s so upbeat and full of joy. I’ve just realised it’s got quite an apt lyric for my new season too! ‘Well, she’s like honey from a bee.’ 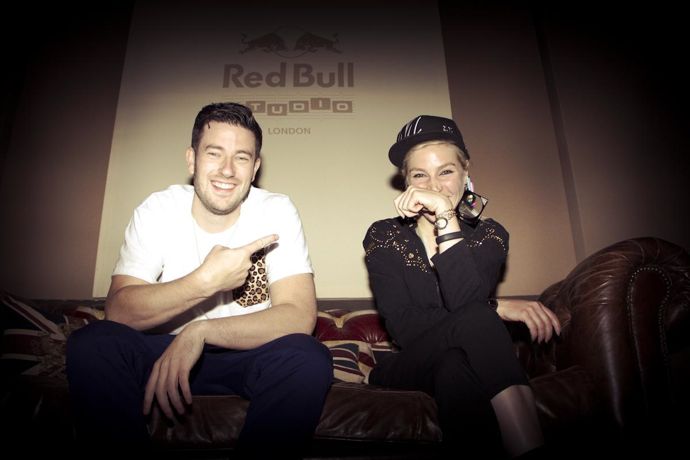 VC: What was it like to record your own track together with Two Inch Punch for your fashion film that will premiere during London fashion week? Would you now consider a career in music as well?
FB: I was so happy that Ben could be involved with my Red Bull Catwalk Studio project because his sound is just perfect for my concept of creating a crackling honey comb, hive world. I hadn’t met him before but it’s funny how sometimes people are a personification of their work. His melodies and tunes are loved-up, (hence his own genre LuvStep) and he too has a very rare uplifting and refreshing resonance, which is very contagious. Therefore the whole experience has been a real joy and an incredible bonus to the process of designing a collection. As the summer has progressed since being in the studio he has sent new edits and each time it’s so exciting listening to the track and imaging how it’s going to blow the roof off our fashion film. The director Elisha has been with us throughout the recording at Red Bull Catwalk Studio to direct the flow of beats to fit it to her storyboard so she can capture the build up and crescendo of the 60 seconds of magic. I can’t imagine a more fun or rewarding project than this opportunity that Red Bull Catwalk Studio has given me. I’m so happy, I must look like I’ve got a problem when I’m cycling along smiling to myself with my headphones on.

VC: Do you think that the fact that your mum was in fashion influenced you to go in the same direction?
FB: I have got no idea. I was just born with that bug and not really sure where it came from because no one else in my immediate family is creative. I’m a bit of an outsider in that sense. My mum studied fashion but never followed it thru yet both she and my great grandmother have an interesting, strong intrinsic sense of style so that’s definitely been a background inspiration.

VC: You once said that you hate shoes and that you don’t think anyone has ever done a good job on designing them. What would the ideal shoe look like according to your vision?
FB: I’m enjoying collaborating with Rosy Nicholas on shoes for my collections. This is the third season we have worked together and she’s pulled another banger out of the bag! For A/W12 she made cable knit heels, which were a woolen winner and when she delivered the latest creations to the shoot of our fashion film last week, it was a major moment of ooooohs and aaaaaahs.

VC: What inspires you and fills you with joy?
FB: Smiles and sunshine.

VC: What are you working on at the moment and do you tend to do 10 projects simultaneously or are you strict about working on one intensively from start to finish?
FB: I would love to just concentrate on my collection but the reality is that I will have up to six other commissions on at the same time … in addition to my blog! This summer I have been juggling jobs, spinning plates and not really sleeping so I can’t wait to step back into reality when it’s all over. The reward of the relentless slog of showing twice a year and all that comes in between is that fashion designers are prolific. I would much rather be pushed to pump out ideas than sit and navel gaze… so I take on whatever is thrown at me!

VC: You’re represented by the tireless Ella Dror PR, who looks after an amazing group of creative people. Do you feel the right representation has been influential in getting you to where you are?
FB: Ella and Ash literally saved my life. All I do is work, so the fact they plucked me from obscurity and helped me turn it into a business has made my childhood dream come true. They understood what I was about, what I did and where I wanted to go. They look after me in a very unique way, acting as my agents in addition to just the PR side so it’s a perfect partnership. For example, this whole season would not have been possible for me without the support from Red Bull Catwalk Studio, who they helped pair me up with from knowing my passion for integrating music in to my work.

VC: If you ever feel ‘stuck’ do you have a routine for getting out of it?
FB: I listen to this by Björk

VC: If you weren’t doing what you do, what do you imagine yourself doing instead?
FB: I would love to leave the UK and get to see this multi-coloured  world. Working as a travel writer must be the best job ever! Couple that with working as a restaurant critic – those would be the ultimate vocations surely!!!

VC: What’s up next for Fred Butler?
FB: A day off I hope… 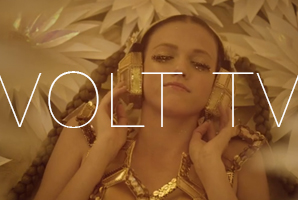 A bee in my bonnet with a honey haircomb | Fred Butler 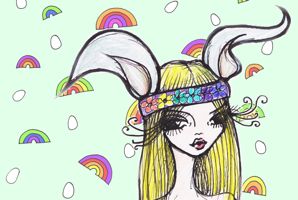 What the Butler Saw | Fred Butler 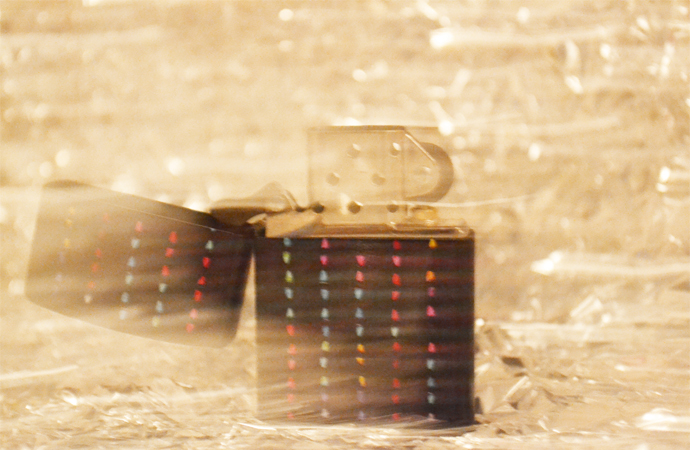 We are very happy to offer you the chance to win this iconic and enduring Zippo Windproof Lighter designed by Fred Butler.