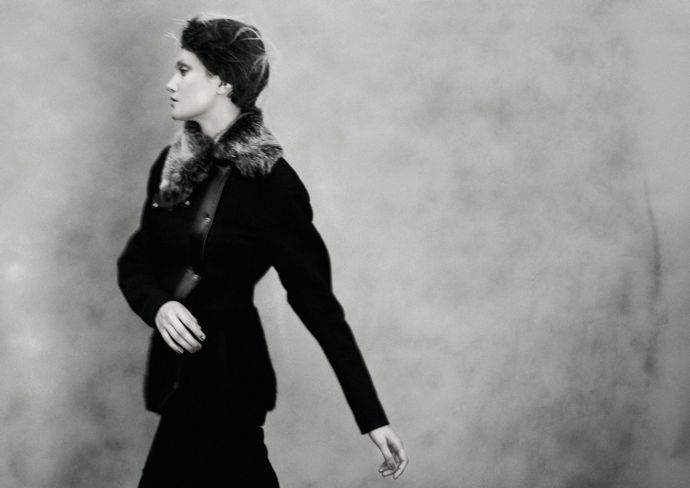 Across three seasons womenswear designer Eudon Choi has focused his craft, continuing to develop while maintaining his own unique signature. His previous experience as a menswear designer and his work as senior designer for successful high street brands such as All Saints has further enhanced his vision and strength. His combination of masculine cuts and feminine finishes are immediately empowering yet subtle. I was recently able to speak to the designer and delve into his perspective to find out more… 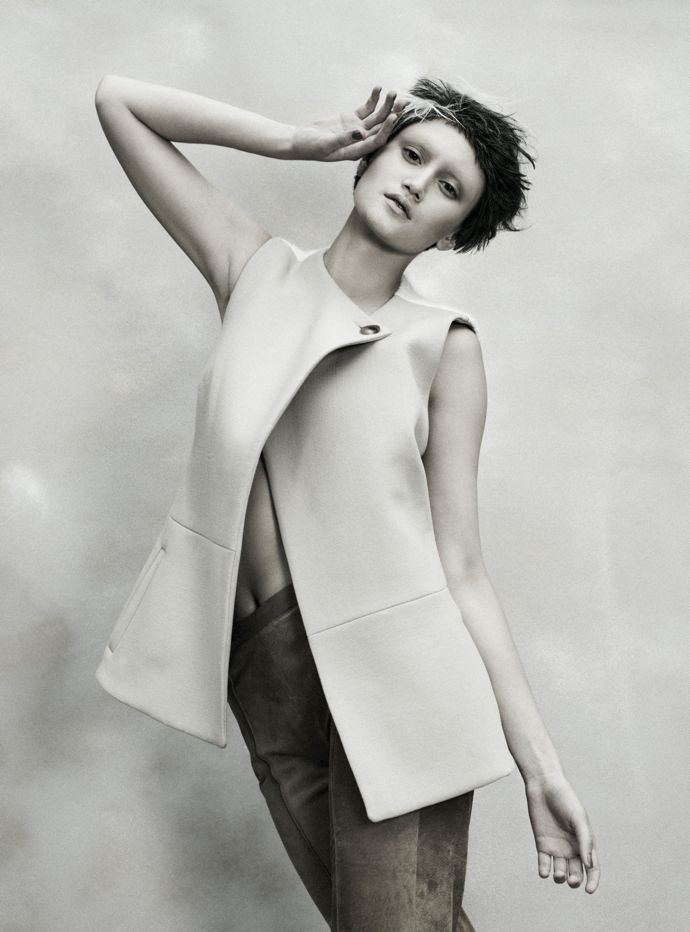 Volt Café: What is your inspiration for the A/W12 collection?
Euden Choi: This collection is called Terra Nova and is inspired by the last fateful Terra Nova expedition of Robert Falcon Scott who is better known as Scott of the Antarctic. I became quite obsessed with him during my research. Scott and his team set off in 1910 with the objective of being the first to reach the geographical South Pole but when they arrived on 17 January 1912 they found they had been beaten by a Norwegian team by just 33 days. Tragically Scott’s entire party died on the return journey from the pole. This collection in my small way commemorates this sad piece of history. However, there is also an element of Veruschka von Lehndorff in there too. 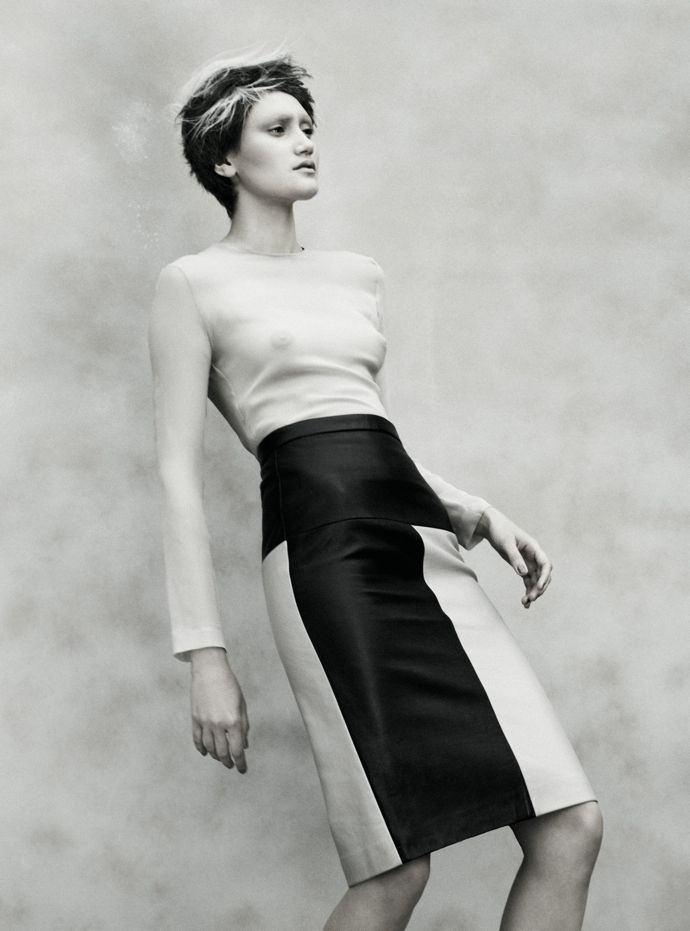 VC: How did you develop the A/W12 collection?
EC: It was such a short season for us so I had to follow my gut instinct. I wanted to create a fabulous outdoorsy winter collection and focused on outerwear. I like the idea of playing around the concept of protection.

VC: What was your highest and lowest point whilst developing the A/W12 collection?
EC: It has to be my London Fashion Week ON-schedule debut! It was nerve-racking though, as the pressure was really on. 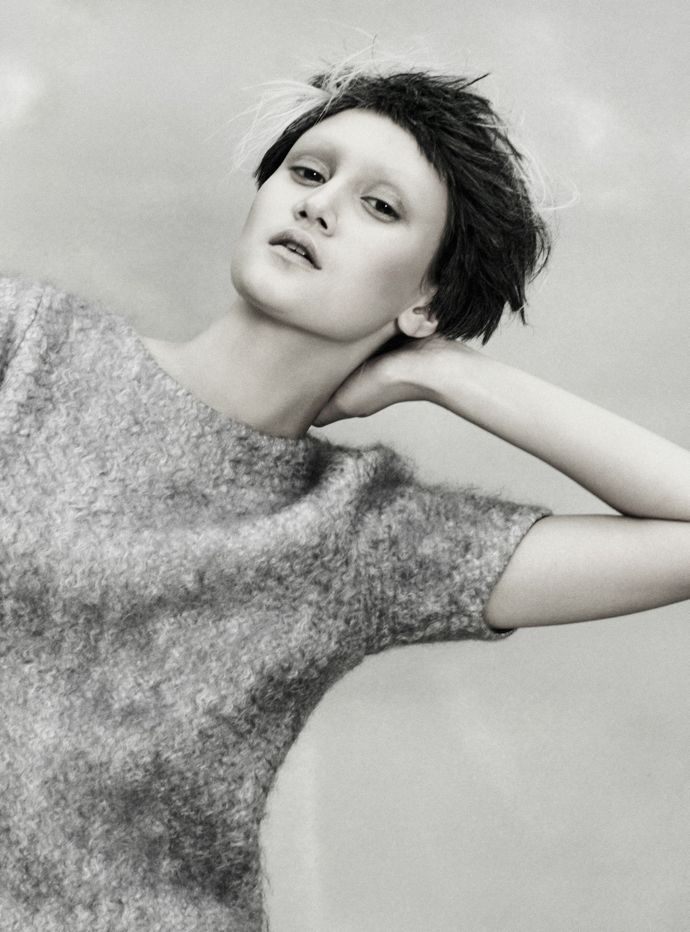 VC: What inspired the move from menswear to womenswear?
EC: I was working for a great fashion company in Korea as a menswear designer but I was always dreaming about going to one of the major fashion capitals and working there. It was only when I moved to London and decided to do the MA in Womenswear at the Royal College of Art that I started to re-interpret menswear for the female silhouette. I really enjoy designing for women as it enables me to be much more creative and experimental. I also like the idea of looking at womenswear as design objects, whereas, when I was designing menswear it was more about referencing what I wanted to wear. 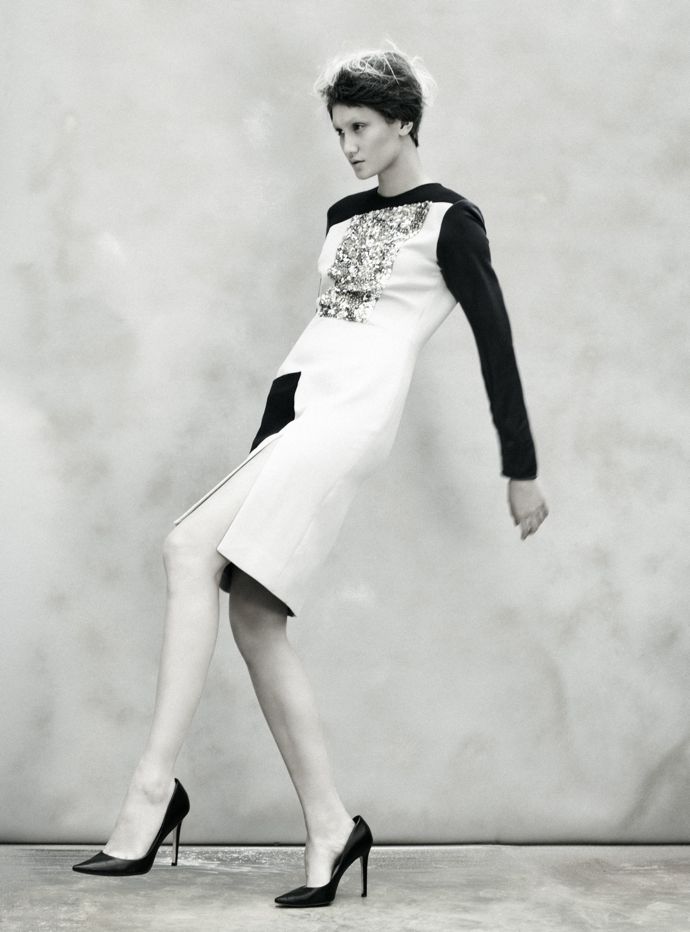 VC: Would you do menswear under your label?
EC: YES EVENTUALLY!! I would love to do a menswear collection so that I have something to wear. But on a serious note, I think there is something really exciting thing about designing menswear and womenswear that share same aesthetic viewpoint. 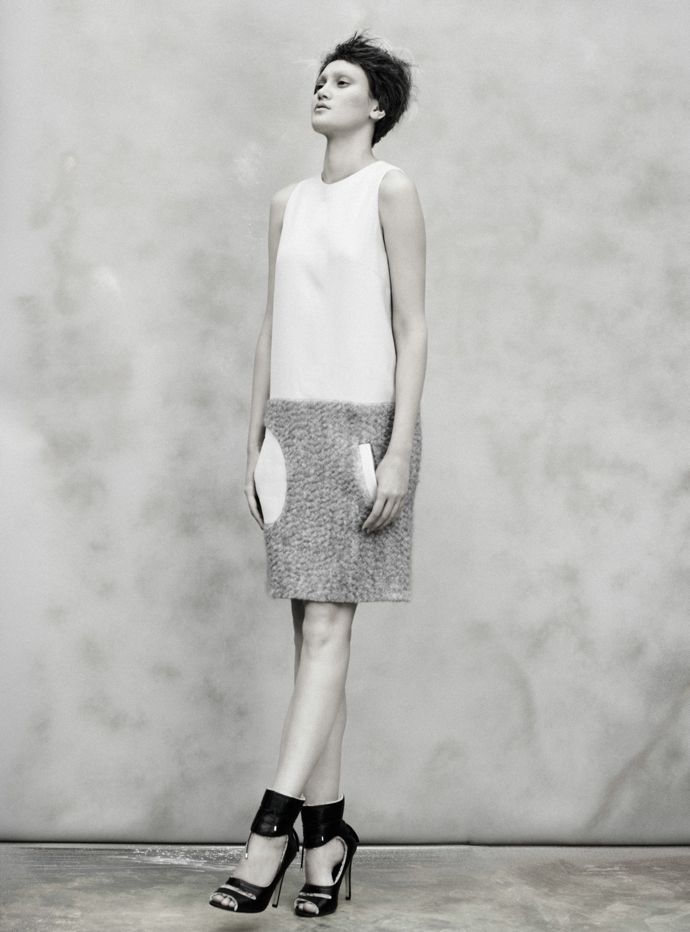 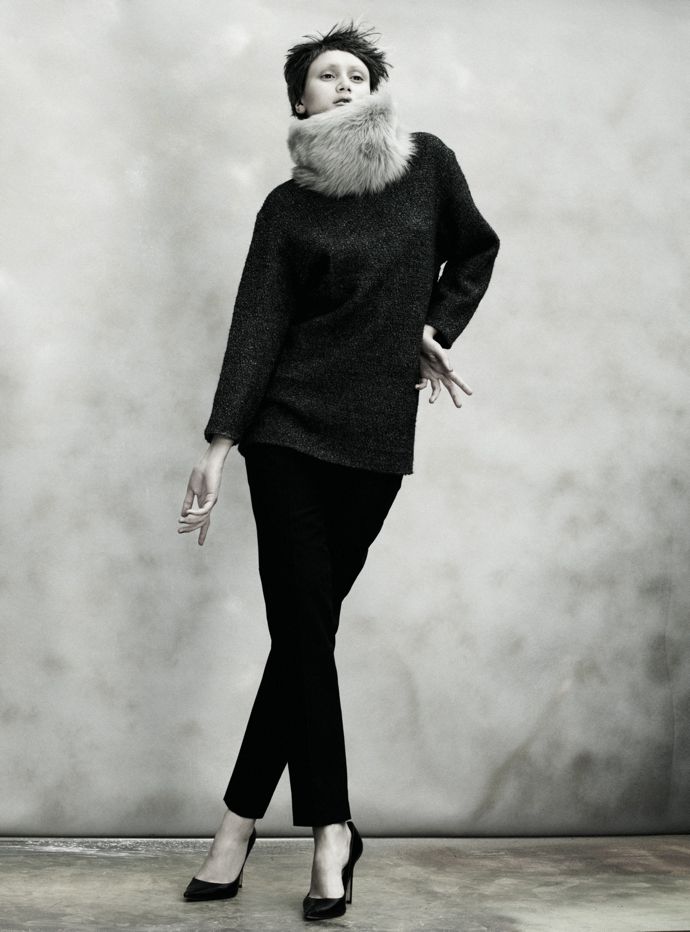 VC: How would a world dressed by Eudon Choi look?
EC: My pieces are quite sophisticated yet quirky and while my aesthetic is understated, I like to think that girls have a presence in a Eudon Choi look. It would be great to see girls wearing head to toe Eudon Choi but also it would be so easy to mix into their wardrobe and create their own look. I try not to think too much about my target customer in terms of age etc as I think it is more about an attitude to clothes. My label is all about clean, sculptured lines, reworked classic shapes, attention to detail and effortless individuality. I think my pieces look great on anyone from 18 – 80! 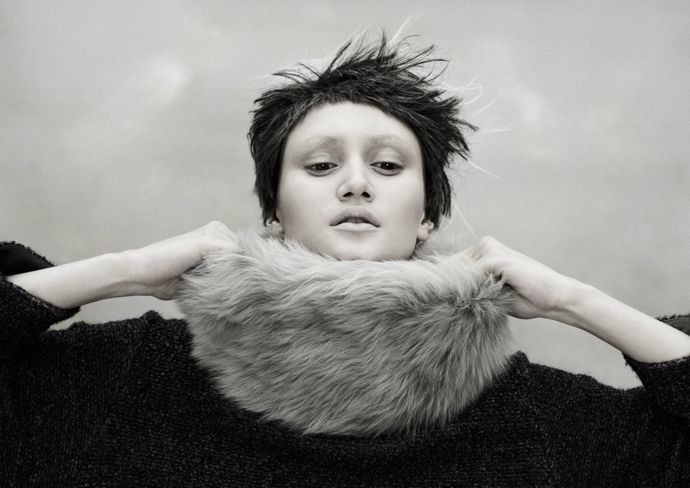 VC: Do you plan or improvise during your design process?
EC: I like to think I do a bit of both! I am fairly organised for a fashion designer and I like to plan things so there isn’t usually too much of a last minute panic but it is a nature in fashion that you need to improvise as you are going along and I nearly always have a last minute flash of inspiration for a final dress or jacket, which can mean working through the night to get it ready for the show. 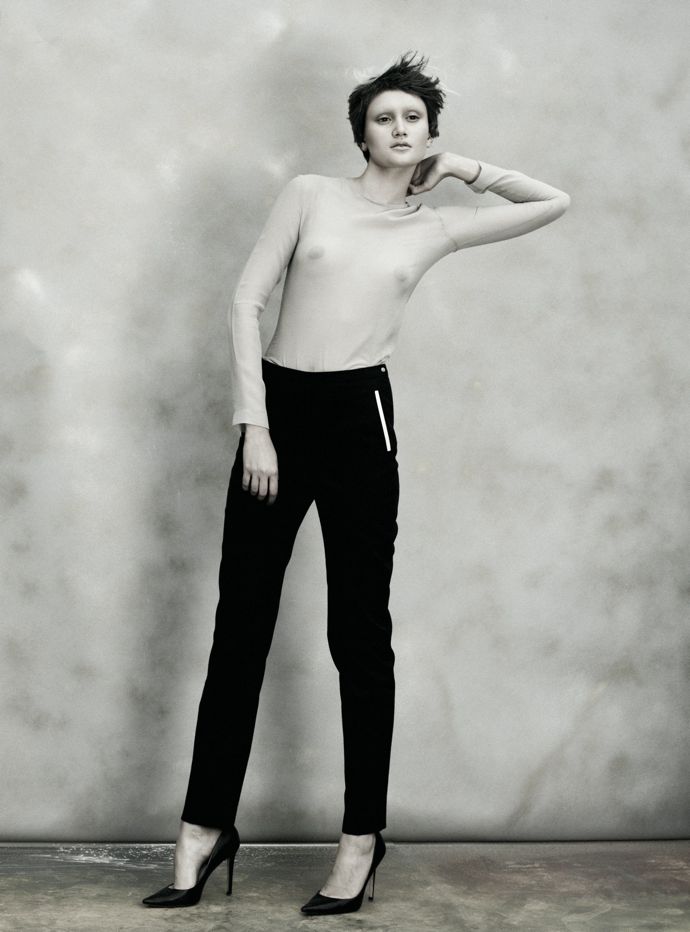 VC: What’s next for Eudon Choi?
EC: I am doing some exiting collaborations with a great bag designer, Thomas Blakk, and the very talented shoe designer Joanne Stoker for my S/S13 collection.

All clothes by Eudon Choi 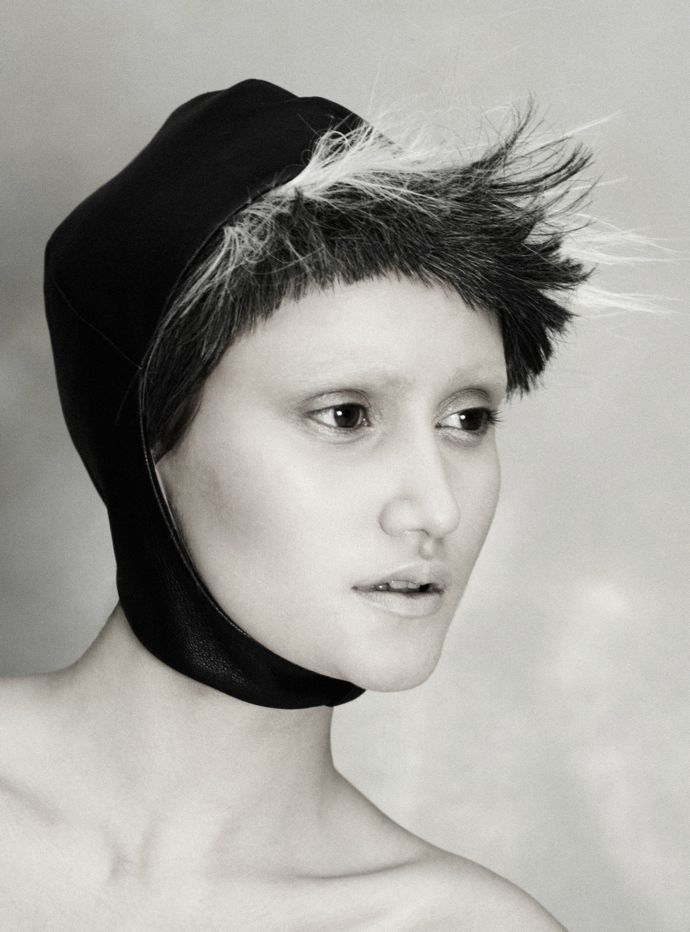 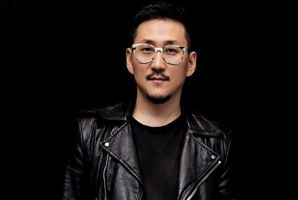 Volt Café speaks to Eudon Choi, the embodiment of honest humility and true talent, who since launching his label three years ago has earned numerous accolades 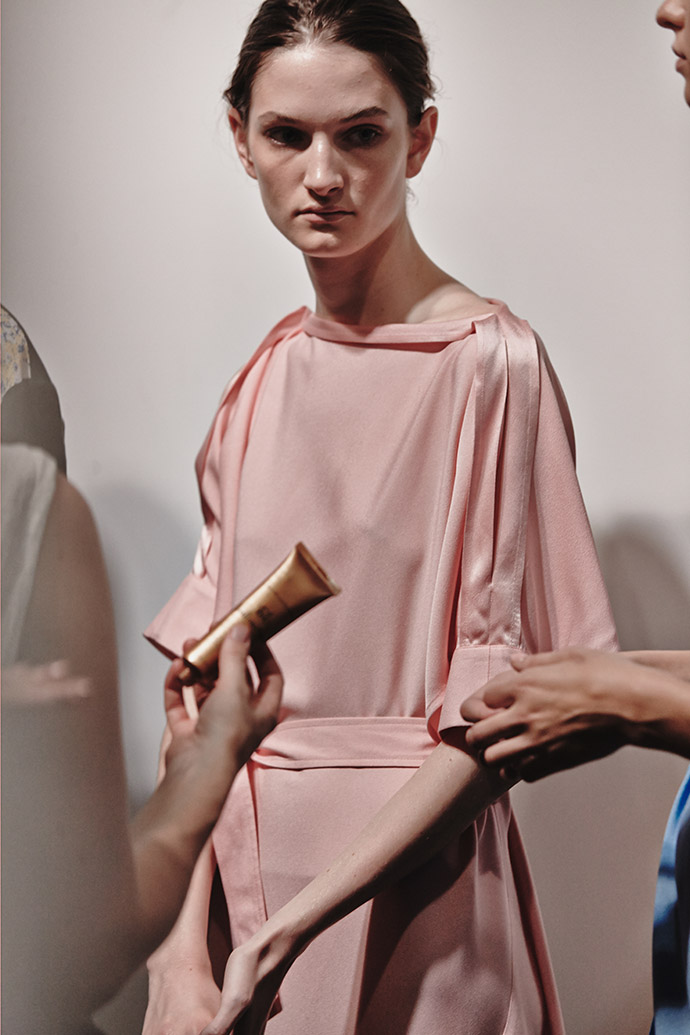 Eudon Choi’s S/S15 collection, described by the designer as a “homage to the beauty and power of simplicity”, was inspired by Georgia O’Keefe; the masculine tailoring clearly nodding to the artist’s personal style and the floral prints mirroring her work. Despite the stark contrast between O’Keefe’s androgynous appearance and highly sexualized, feminine paintings, Eudon […] 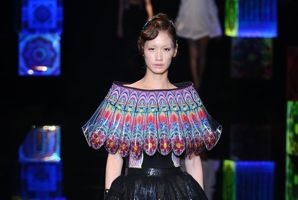