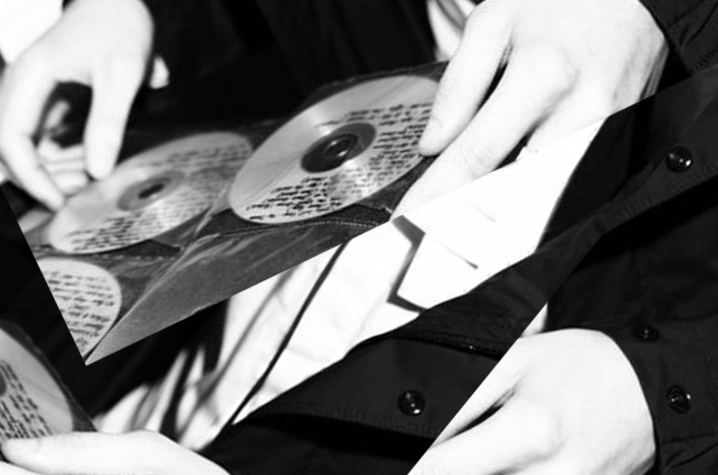 Volt Café: How did you break into this very competitive and challenging industry?
Erol Sabadosh: I was always very much into music and I was in bands growing up, playing guitar mostly and singing a little bit. I used to record my own tracks too, teaching myself some basic production. While I was at university, where I was actually studying Film & American Studies, I started DJing as a hobby. After I finished my degree I was taking a break from everything when people started asking me to DJ, after a year or so of just doing it for fun I realised that it may actually prove a fruitful career choice and that there was no harm in trying to turn it into one so I just put all my effort into it. I think that’s it, if you have the drive and the motivation to do something then there’s a strong chance you can succeed, as long as you focus on doing the best you can as much as possible. It’s true that it’s a hard industry to get ahead in because it’s highly competitive, but you just have to stay aware of your own strengths and weaknesses, focus on setting manageable goals, be patient, stay humble and not let the competitiveness of others effect you in a negative way.

VC: What was the first ‘big’ event you played and how did you feel after?
ES: Even before I started DJing professionally I did the first warm-up set for a night at my university which Erol Alkan was headlining and which Matt Walsh was also playing. Since then I’ve befriended both of them and they’re both two DJs I really respect and look up to in the industry because they’re not only extremely talented and passionate about what they do but they’re also down-to-earth, relatable and completely unpretentious.

VC: Which musical genre do you find that you most sample from?
ES: These days I’m drawn to a lot of dance, disco, soul, hip hop & R’n’B but to be honest I try and absorb as much as I can across all genres and spin it into something new, something that’s more my own.

VC: What do you really find gets your crowd going?
ES: It really depends on so many things, with DJing, as well as producing and remixing, you need to engage your audience or listener and dance music is typically constructed in such a way that the listener can follow what’s going on so they can dance to it, you wouldn’t want it to be completely disjointed and alienating unless it was intentionally more experimental. You don’t want to be so predictable that there’s no ‘wow’ factor, as that’s what gets people going, weather that means inserting a classic but unexpected track in the middle of a set or by tweaking a drop in a track you’re producing so that even though everyone knows exactly when it’s going to happen and they’re ready for it they won’t know exactly what it will sound like if they haven’t heard it before and that’s where you can get creative. Crowds tend to react to a DJ who feeds off of their energy, and that’s what they appreciate, it’s like a dialogue with music and dance and if the crowd feel involved then it elevates the whole thing beyond just a spectatorship. 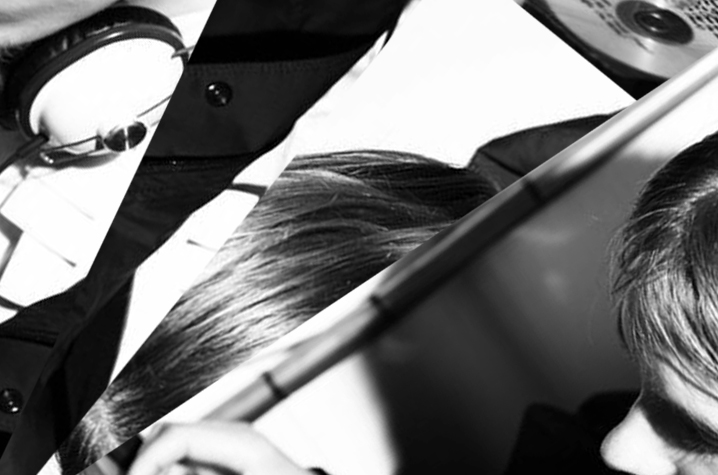 VC: Who, if anyone, do you compare yourself to in the industry?
ES: I don’t think I could compare myself to anyone in particularly because of my broad taste and the way that I incorporate that into my output, which I think is something that helps me stand out actually. I like all kinds of music and I do like to mix things up a bit, but it’s dangerous when you can’t fit inside a neat category and yet at the moment I find it quite liberating, it would be easy to say that I want to be compared to someone like Erol Alkan, William Orbit or Calvin Harris but it wouldn’t be true. While I think it’s certainly helpful to think about what other people are doing, and to be aware of influences, I also think that you need to be yourself and to believe in your own instincts.

VC: Where do you see your career in 20 years time?
ES: I would like to be producing big-name artists but I’d also like to have my own record label to support more up-and-coming talent. I would want to continue DJing and, if things are going well for me and I have the means to do so, I would like to be supporting charities, equal rights and hopefully doing something positive for the world by giving back as much as possible.

VC: If you could remix any Prince track, which would it be if any?
ES: I’d like to do a really melancholy but sexy remix of When You Were Mine, if only because I would actually love to hear that!

VC: You have remixed everything from Nirvana, Beyonce, Hole and Brandy. Which is your favourite genre to listen to while making a coffee/tea or whatever at home?
ES: When I’m at home I’m listening to and checking out everything new, across all genres, I find this extremely helpful and inspirational. I do admit though that when I want to listen to something that I have a real soft spot for, it would be bands like Low, Neutral Milk Hotel and Animal Collective. I like a lot of experimental music, drone, jazz, R’n’B, hip hop and I like a lot of sub-genre stuff, I certainly appreciate all types of music but I geek out over bands like Carissa’s Wierd and Medicine and plenty of forgotten/obscure bands from the 90’s.

VC: Are you influenced now by the music your parents played when you were a kid?
ES: My parents were into artists and bands like Led Zeppelin, The Doors and Patti Smith and even though they didn’t play them to me as far as I can remember, those are actually the bands I discovered and loved as a teenager. Now my parents like all the music that I’m currently listening to, so it’s funny, I’ll catch my mum listening to something like the Yeah Yeah Yeahs or Spoon, and then she’ll tell me she got into them because of me. That’s the thing about great music, it has the power to stand the test of time and to reach people of all ages and backgrounds. 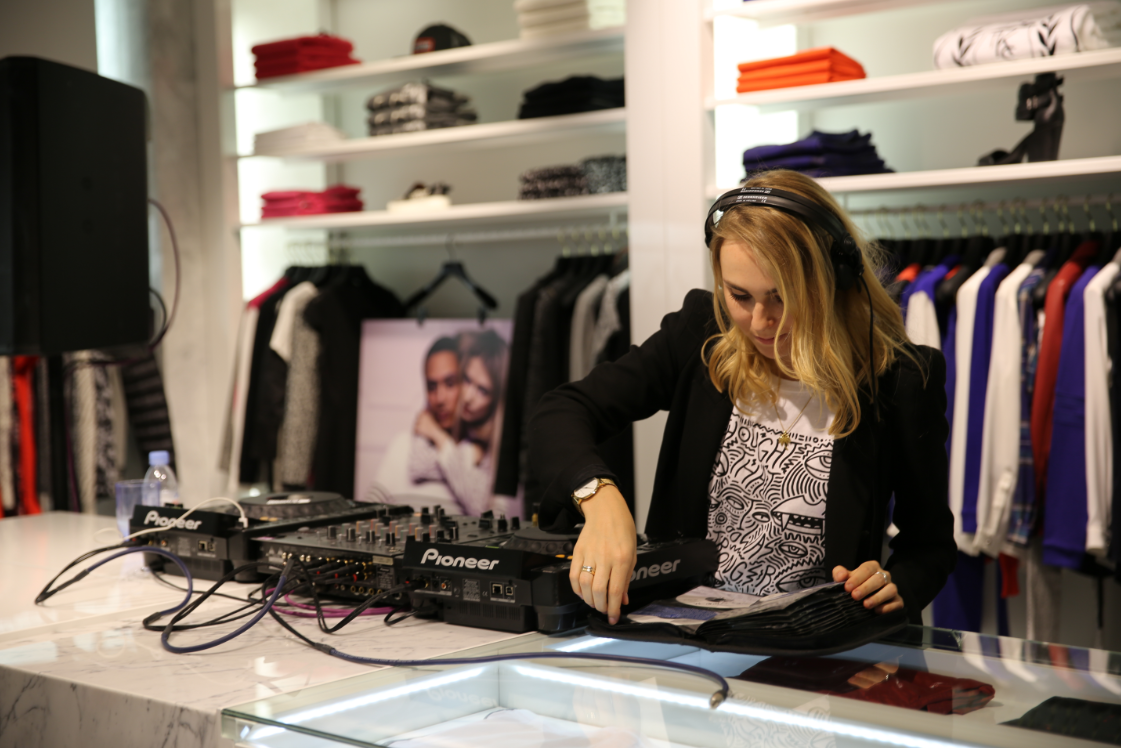 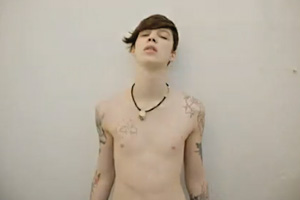 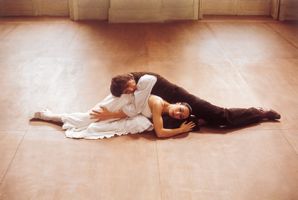 Volt Café interviews the great Spanish film director Carlos Saura, getting his views on failure, success, Ridley Scott, Buñuel and the circus that is the current cinema

Next Story
© 2023 Volt Café | by Volt Magazine All rights reserved.
Supported by S-M-A-S-H.COM