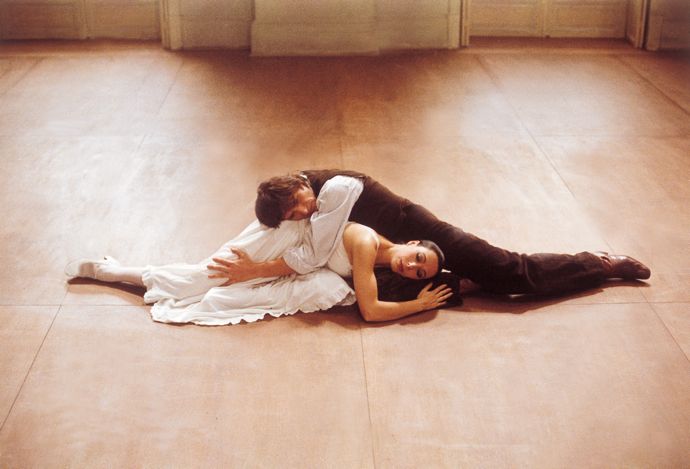 Carlos Saura is one of Spain’s most influential directors, heralded in particular for his exploration and use of the art of dance in films. The most famous of these is the Flamenco Trilogy – a pre-cursor to last year’s Pina, from Wim Wenders – made up of Bodas de Sangre (Blood Wedding), Carmen and El Amor Brujo (A Love Bewitched).

Choreographed by Saura and his leading man, world-reknowned Flamenco dancer Antonio Gades, the films were international hits, with Carmen winning two prizes at Cannes in 1983 and a BAFTA in 1985 for Best Foreign Film.

My first impression of Carlos Saura was seeing him lounging across a sofa, his back to the window, in a wide open room with vaulted ceilings. I don’t understand Spanish but I instantly knew that he spoke with intent and sensed the power in his words, which echoed back at me from the walls, nearly drowning out the translator as she whispered to me. He was very open and easy to interview, I could have gone in there and asked him about his day and still come out with enough to fill this page. I only wish that I spoke Spanish so I could have picked his brain that little bit more.

Volt Café: You have directed around 43 films throughout your career, how have you interacted with the changing industry during that time?
Carlos Saura: When I made my first film in 1959, I was lucky enough to be selected for Cannes, but censorship cut 15 minutes from the film. When I went back to Spain I was convinced I wasn’t going to make any more films. I thought ‘My career is over.’ Some very good friends from Cuba came over to Spain, and they said to me, ‘Come over to Cuba with us, you can make films with our money.’ I almost left for Cuba, but I didn’t, I just felt I had to stay in Spain. It was my obligation. I also got offers to go the US to make movies, but I felt that to make films in another country, I would first have to live there for 5 years or so, to understand the culture and how the industry works. I could not visit just to enjoy the skylines, I would have to live the life. Slowly I was able to produce the movies that I wanted in Spain. My second movie was a disaster, it was co-produced with Italy, and the Italians changed it a lot while I was in no position to do anything about it. In that moment I decided to make films with fewer resources but with complete control, this is when I made The Hunt. It was made in 4 weeks, with 4 characters, just 4 team members and no lighting. The success of The Hunt gained me recognition and allowed me to continue making the movies I wanted.

VC: You obtained a directing scholarship in Madrid in 1957, how important was it to have a degree at the time?
CS: You have to realise that Spain at the time, in the 50’s and 60’s, it was a controlled police state, with strong censorship. The only directors making films were those who were well established in popular culture, something I wasn’t interested in. The cinema industry was flourishing at the time, even Americans were coming to Spain to film. As a student you were practically forbidden from making movies unless you had first-hand experience with established directors, usually on about 4 or 5 movies. The government didn’t approve of degrees as a way to create film  makers. The university in Madrid became a meeting place for people who thought differently, and eventually the government had to give in and allow us to make our films.

VC: You made social/political films for about 20 years, and then you started making documentaries about flamenco, where did this love affair with dance come from?
CS: It is a great art form, Spain is very lucky to have created such powerful music, and flamenco integrates that. It is still gaining respect today, people appreciate how the dance interacts with the environment. Flamenco is alive, always strengthening, with a niche following in Spain that is forever increasing. It is a unique art form, with a powerful personality. It isn’t just Spanish, it is the product of many cultures, something that appeared out of the melting pot of Jewish, Arab, and Christian influences, the mix of northern and southern Spanish culture. Nobody knows how or why it came about, but it is a beautiful product.

VC: You have said that Buñuel and King Solomon’s Table was your greatest film, why do you think it was poorly received by critics?
CS: I think it is one of my great failures, but many people enjoyed it. It was a strange movie, very different, touching on a topic that I have explored in other movies, where people with strong personas eventually become what their characters represent, especially with old age. It was a crazy movie, but interesting. My little homage to Buñuel, based on many conversations I had with him. The respected Spanish critic Fernando Santos said that it was the worst movie I ever made. I was quite happy to have made the worst film, to get it out of the way!
For me it was a very interesting movie. You have to humor it, unless you do that you will not find it interesting. I made another movie for Argentinian TV called The South, which I enjoyed making very much. It was only one hour long, with one character, who reads Borges and in the end becomes him, like in Buñuel. It is a theme, which I very much enjoy.

VC: What advice would you give to an aspiring director today?
CS: Film has changed entirely, there are so many possibilities, with cinema, TV, Cable, the internet etc. The ease with which someone can make a movie nowadays would have been a dream for me when I was just starting out. Technology creates a situation where someone with almost no technological skill can create a film. Movies can be much more personal nowadays, instead of being just for a cinema audience you can create a labour of love that not many people will want to see, but it will still be seen by people watching on their own, on youtube or whatever. I have a projector at home and I love to watch movies alone on that. It is beautiful, like reading a good book, very personal.
The ease of film making widens the gap between Hollywood disaster movies with over-the-top explosions and everyday films, because fancy special effects are the last remaining thing that requires technical skill in film making.
Ridley Scott got his start making adverts, something that could never have happened in Spain. Cinema was protected over there like it was chamber music. The only way to be seen was through the big distribution companies which only really liked blockbusters. Now, with all of these outlets, cinema has become a circus. I’m not against it, but the majority of films are fairly shallow. I have a lot of confidence in the younger generation, with their digital cameras, but I am still waiting for a surprise from them.

VC: Tell us something about your creative process.
CS: In it’s purest form, as storytelling, cinema is as old as time.  Everyone has a story in their head, running behind their eyes, but this is usually a story without an end. The writer/directors job is to get the story out into the world so that everyone can see it, and give it an ending. Just like cinema, the attention span for novels has shortened over time. When I was young the books I read would spend 6 pages describing women’s dresses, but this is because there was no cinema at the time it was written, and detail was much more important. Modernity forces you to write less, physical things don’t require as much detail, but emotions still need to be described well, and that is a place where you can get lost. Writing is the greatest work a man can do, it requires willpower because you work in solitude, you are the only one pushing yourself, and the one criticising yourself. I’ve written three novels, one of which was published, but every time I read it is not good enough, I wish I could write it and publish it again. Although cinema is still storytelling, it is the complete opposite of the solitude of writing. You have an overwhelming number of people giving you constant instructions, singular driving force. Everyone has memories, of people they’ve met, of things they’ve been told. Storytellers can begin the process of writing mentally, but it will never end like that. Writers have to write, and directors have to make films.

Many thanks to Edith Chappey from Studiocanal 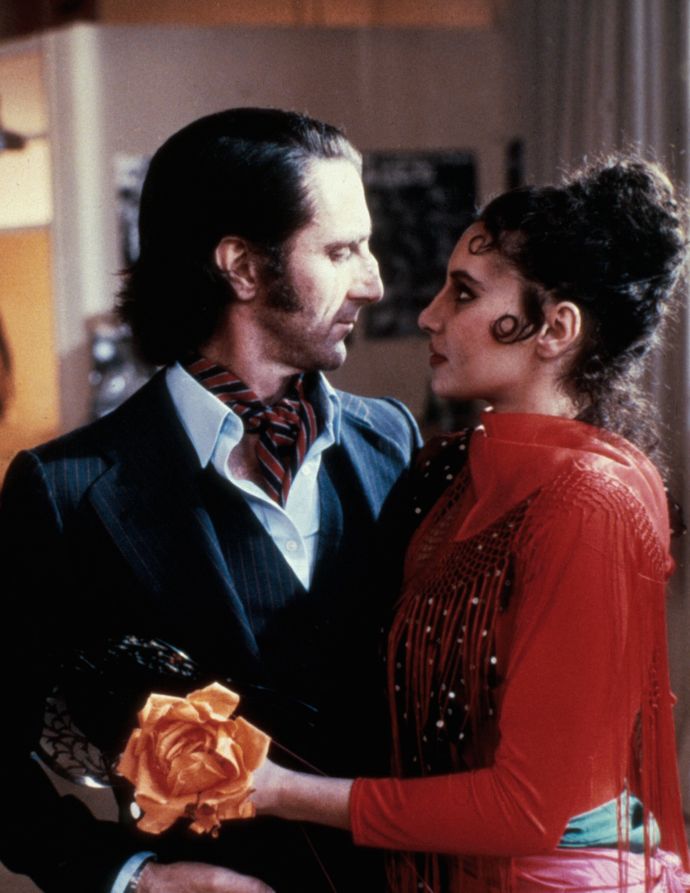 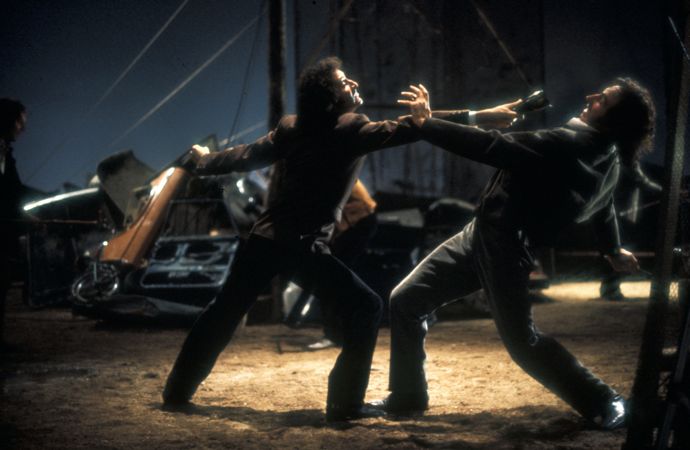 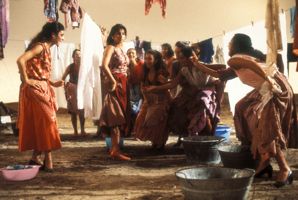 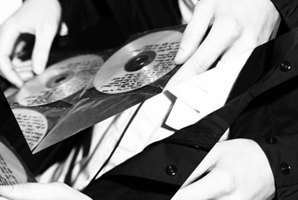 We spoke with the very talented DJ Erol Sabadash, who created an upbeat tracklist exclusively for Volt