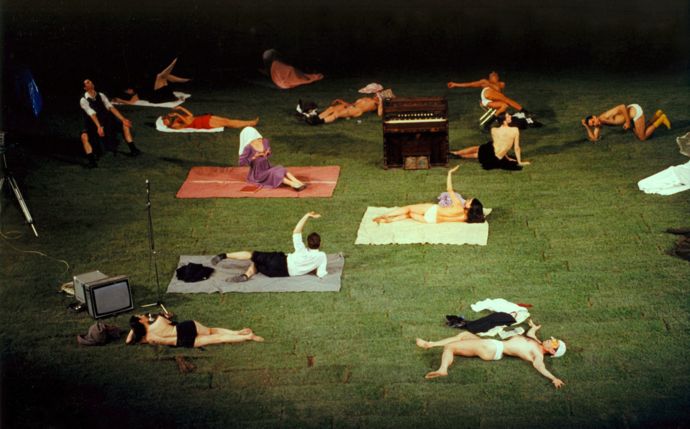 Please don’t let the running time of three hours and 40 minutes put you off. Pina Bausch’s 1980 is nothing less than brilliant, a funny (but also melancholic) insightful rendition of what we are like as social animals, both together and alone. It was first performed in London in 1982 and the audience reaction then was divided between bewildered rejection and a sense of ecstatic discovery. When I saw it last night, nothing had changed, people were either leaning forward in their seats, rapt with excitement and joy or utterly baffled, whispering amongst themselves, checking their watches and mobiles. Most of the latter sidled off pretty early on, allowing the rest of us to eat up the turf clad stage and the wonderful cast who were practically family by the time they finished. 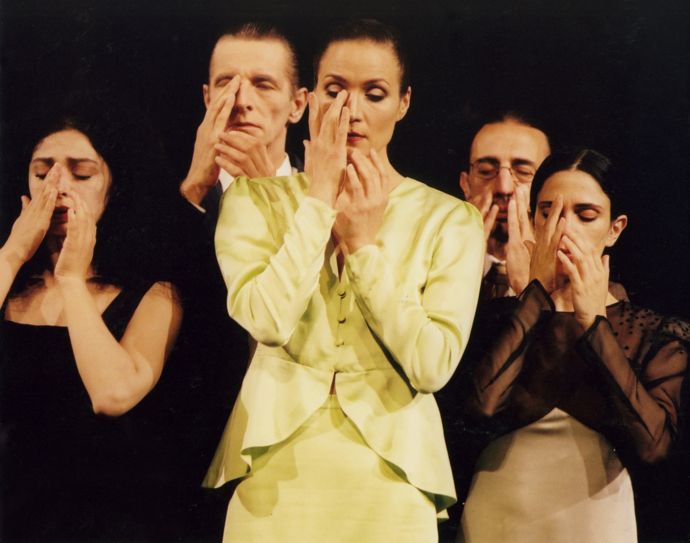 This is the first time I’ve seen Tanztheater Wuppertal live but the sheer humanity of Pina Bausch’s work made me fall in love with this mixed bag of performers. A friend of mine sat quite close to the stage and told me how powerful it was to see their faces up close – many of the dancers have been with the company for decades and it makes for a very emotional experience to see the aged but still very able bodies perform. The mix of ages and sizes compared to the uniformity we’re used to from the typical dance performance somehow simultaneously underscores the child-like aspect of the games they act out but also makes you see the little child still present in the middle-aged man or the stern-looking mature woman

It would be impossible to give an accurate account of what to expect; go without any expectations and allow yourself to be enchanted, not just by the smell of the fresh grass (a smell that intensifies as the evening unfolds thanks to the constant footfall releasing the perfume) but the realization that life is truly magnificent in all its joy, sadness, exuberance, seriousness and pleasure.

One of the highlights this season at Sadler's Wells is Tanztheater Wuppertal, who is performing one of Bausch’s most acclaimed works from the early part of her career, namely ‘1980, A Piece by Pina Bausch’ 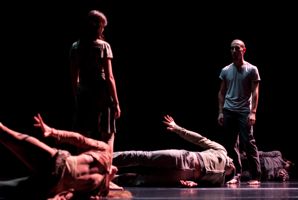 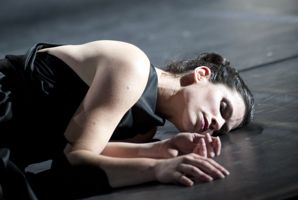 Sasha Waltz’s Continu is inspired by her work on two major projects for David Chipperfield’s Neues Museum in Berlin, and Zaha Hadid’s MAXXI in Rome. Interview by Anna Bang