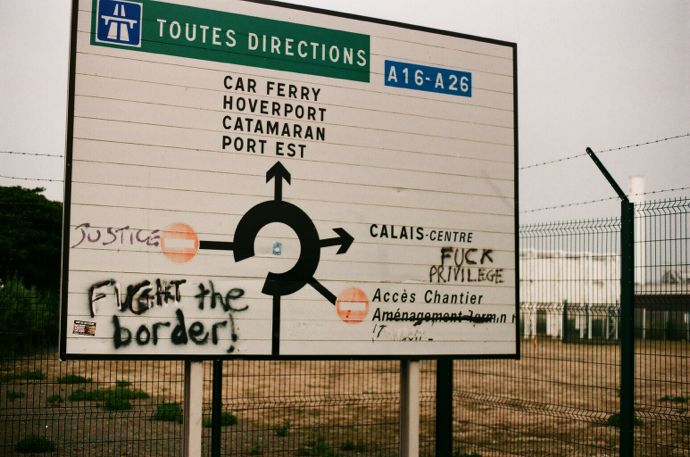 My destination was shown on the map by a purple dot that I prayed would in some way represent its actual location. Without any other point of reference I had no choice but to trust it. I turned left following the main road out of Calais, then right at a roundabout where a police riot van stood guard, a lone officer posed with his hands on his hips staring vigilantly out into the marshes. The road followed a river south. On the opposite bank a family walked their dog, the father throwing a ball into the shallows from where a dog dutifully retrieved it to the screamed delight of the children. 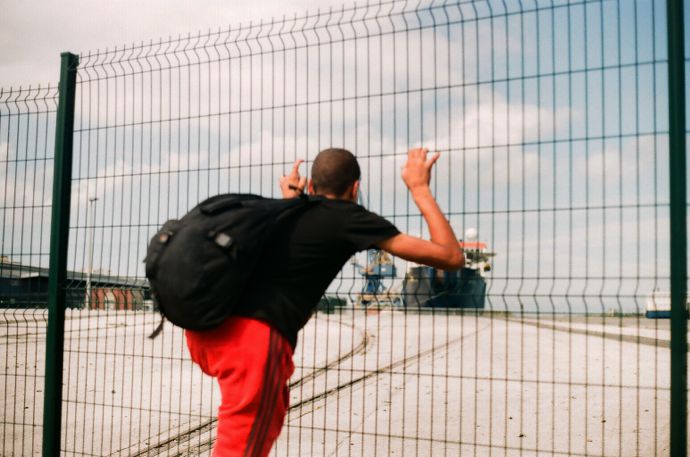 On a rusting railway bridge beneath a towering industrial chimney I met Ahmed and Naseem. Ahmed, a handsome boxer, wore a red t-shirt with a Union Jack on its chest and “London” emblazoned in white across the back, as if in forlorn tribute to the salvation he imagined he would find there. A dirty bandage encased his hand like a sixteen-ounce glove. His legs and arms were also covered in long cuts and scratches. He indicated their cause by gesturing his clubbed hand towards the razorwire-topped fence that we followed out of town. Naseem was tall and thin; he told me that they were both from Egypt. He spoke Arabic, Italian and had a smattering of English. I offered them cigarettes, Ahmed accepted but Naseem refused, indicating that he had his own. They agreed to take me into the camp. Deep grey clouds loomed in the east, their approach preceded by a salvo of thunder and lightening.

A steady stream of men and women passed us heading back into town. They looked hungry and lean although there was some laughing and joking. Almost everyone that we passed said hello to Ahmed and Naseem and I was continuously drawn into rounds of handshakes as they paused to encourage their friends. 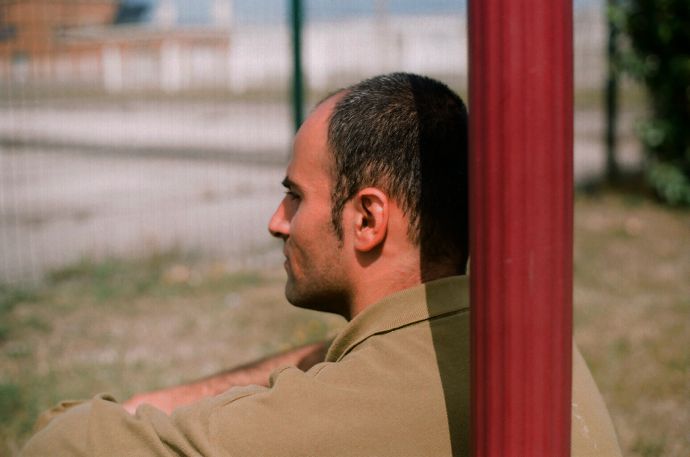 We approached a bridge of grey purple stone. Ahmed pointed beyond it with his bandaged hand, “That is the Jungle”. The litter on the ground grew thicker, raggedy mud-soaked clothes, plastic containers and cans trampled into the soft sand.

We turned off the tarmac and down a dirt road between muddy dunes. The path was lined with Portaloos and an upturned wheelie bin. The camp itself felt like a post apocalyptic music festival. Paths were churned into rutted puddles, music came from within the maze of ramshackle structures and I could smell shit and close quartered humanity. There were shops within some of the huts and larger communal tents marked with the flags and language of their respective countries. Some dwellings were really well established, thick plastic lashed and bolted over sturdy wooden frames with plenty of headroom. One even had flower boxes fashioned from decapitated water bottles nailed in a neat row beside the door. And another sported a metal chimney. Others were a lot less professional, scraps of random material sagged over flimsy, bowed frames. Ahmed and Naseem took me to where they lived.

There were ten of them in that tent, really just the ragged flysheet of a three man Eurohike. On the floor on one side was a single mattress, on the other, layers of blankets and old clothes. Those in the middle crouched on their haunches whilst those on the outside were able to curl around the tent’s edge. The clouds I’d seen as we arrived were upon us now. Penny-sized raindrops saturated the old flysheet, puddled around the tent and soaked up into the mattress and blankets. Water dripped onto the muddy footwear heaped in the doorway but there was no room or no will to pull them in further. It was warm from all the bodies and became stuffy and damp as the moisture within the tent tried to evaporate.

They were male, from Egypt and aged between sixteen and twenty-seven. Mohammed had studied Civil Engineering at university in Alexandria. He said that since the revolution there was no work. I asked him what it was like before the revolution? “It was just as bad”. Muhammad told me that everyone in the tent had left because there was no work. Not just menial and low paid jobs, but literally nothing. They were all friends from Alexandria and over the past six months they’d embarked upon their personal odysseys across Europe. First to Libya, then a boat to Italy. They were then able to travel via lorry or train through the peninsula, into France and then on to Calais, where the journey came to a halt. Mohammed said that his brother was in England now but had lived at refugee camps in Calais for two years before he made it across the channel. Now he lives in Manchester, shifting carpets in a warehouse. When I met him, Mohammed had been in the jungle for four months.

The Egyptians were pitched a stone’s throw from the gated compound where aid workers and volunteers administered food, medical help and legal advice. I went with Ahmed and Naseem through a potholed courtyard to a three-sided barn. Ten races of people sat on chairs at long tables eating out of polystyrene boxes. At either end was a grid of sockets for phone charging.

Naseem went to claim his meal from the building next door, taking his place in a queue that stretched down the path despite the rain. The inhabitants of the jungle get one meal a day and as Ahmed had already had his, we sat in the barn and smoked. A fifteen-year-old Afghan boy came over. His eyes lit up when he found out I was English, he jumped up on the table and preformed a bizarre burlesque. Kicking his legs out and singing “London! I love London! Take me to London!” This went mainly unacknowledged by most of the barn’s occupants but Ahmed was bent over laughing. Naseem returned with an apple, a small loaf of bread and a polystyrene box that contained four sausages and rice fried with vegetables. It was an ample portion for one meal but not so for one day.

Night fell, the rain stopped. As the Egyptians began to settle down I said my goodbyes. Back at the compound I got a lift into town with an aid worker named Vernon. He’d been volunteering in Calais refugee camps for the past ten years.

“When they first arrive, it’s ok. But after one, two, three months, they loose their energy, their enthusiasm. They get injured, they get sick, they fall into a routine. Wake up, take your one meal, go to sleep. Some get across but then they are just deported back to Italy from where they start again. And if they don’t make it across then they are stuck here, living in a tent, unable to work.”

I asked him why people kept trying and if there was any hope for them.

Words and images by Harry Dean 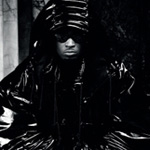 VOLT's ones to watch feature returns for 2010, and this time it's the boys turn to take over featuring Tinie Tempah, Gareth Thomlinson, Jordan Smith, Eric Lampaert and Nathan Stewart-Jarrett 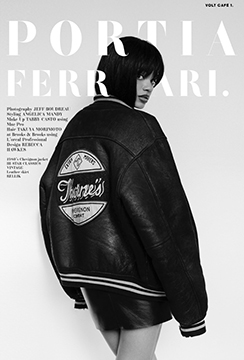 To cool to be 'just' a model, Portia Ferrari has walked for Nasir Mazhar, is the face of M.I.A's collaboration with Versus Versace and is now working with Larry Tee's Super Electric Party Machine 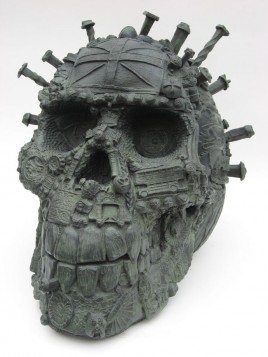 Head of a Fallen Giant 2008 ©Grayson Perry   Grayson Perry has brought Provincial Punk, showing more than 50 works in this in-depth exploration of his practice, to Margate’s Turner Contemporary.   Perry is the perfect choice for Margate, a once-troubled seaside town which is now determinedly working its way back by becoming a energised hub of […]