MILAN – On a hot afternoon in the Italian fashion capital, Sicilian born designer Liborio Capizzi presented his latest Spring Summer 2018 di Liborio Uomo collection. The designer chose to showcase his menswear line at a place that is close to his heart: his atelier — a venue which is somewhat reminiscent of the inside of a treasure chest. Surrounded by a hodgepodge of eerie masques, paintings, sketches and other extraordinary art pieces, the models paraded in the latest di Liborio creations. 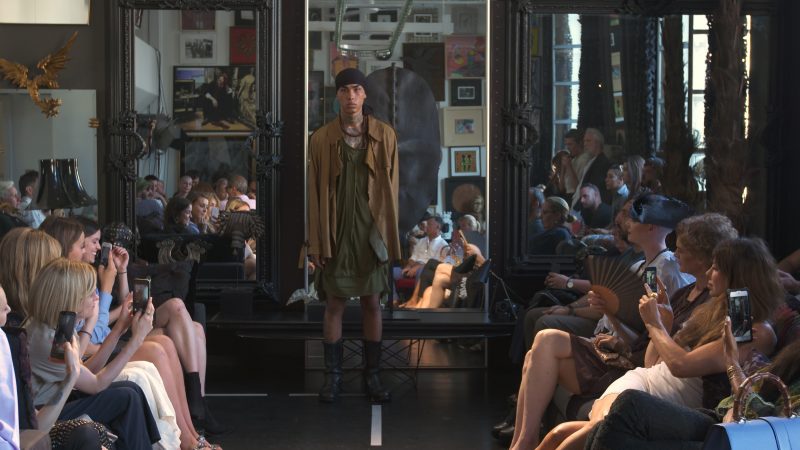 The collection was a reinterpretation of the classical mens wardrobe, handled with a sense of humour and mixed with unexpected materials and associations, expressing the spirit and energy of the designer’s world. Liborio presented 19 different looks, unified by his signature loose tailoring and accessorised with wooden beads, gladiator sandals and biker boots. Unlike his previous collections which mainly featured different shades of black, he used an earth colour palette from khakis growing into blooming burgundies. 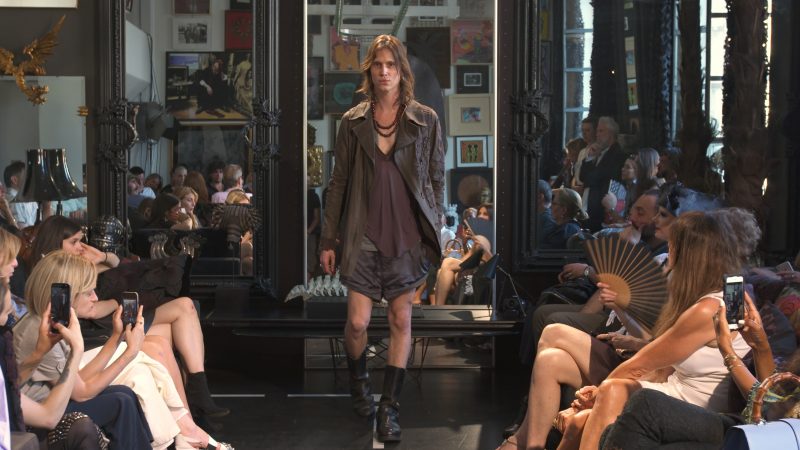 In the audience were some of Liborio’s loyal clientele of super stylish Milan-based demimonde, mostly known for running in rambunctious party circles. The crowd was an inspiring mix of all ages with infectiously gregarious attitudes. After the show, the atmosphere in the atelier changed from serious fashion business to an euphoric party with people drinking and dancing to rock tunes — a scenery which felt like a time travel back to the 1970s. Only in Milan will one find such jubilant celebrations and it’s probably about time for this to catch on in the London fashion scene. 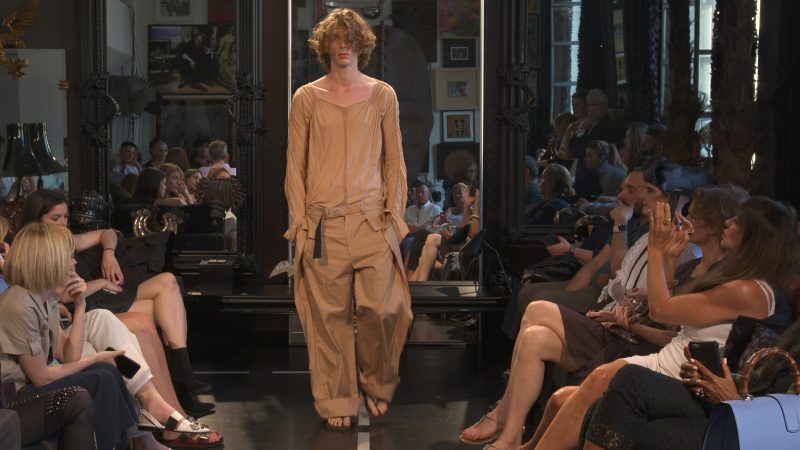 Fortunately, we don’t need to wait long until Liborio brings his rebellious exuberance to the UK. In September the provocateur will make his London debut during Fashion Week, where he will present his Spring Summer 2018 womenswear collection.

Images are courtesy of di Liborio 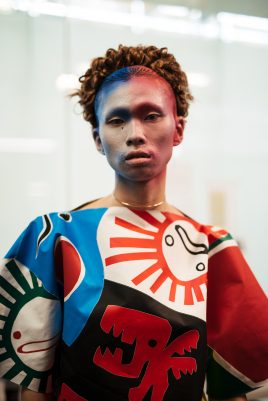 Now that the hustle and bustle of London Fashion Week Mens has settled down, we can look back at some of the highlights from last week. A recurring theme seems to be workwear-inspired fashion. Phoebe English MAN invited us to a pottery workshop where models were making clay creations in collarless tunics, Bodybound presented functional […] 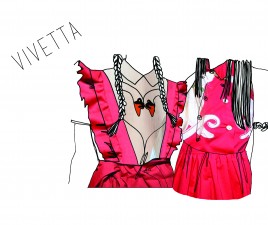 Jayne Pierson known for her collaborative fashion films, surprises us yet again with a new fashion film teaser for her upcoming 2014 spring/summer collection. The beginning which seems to create a sweet fairy-tale like atmosphere soon changes into a much more darker and confronting whole with an open end. Let’s see if this dark twist […]