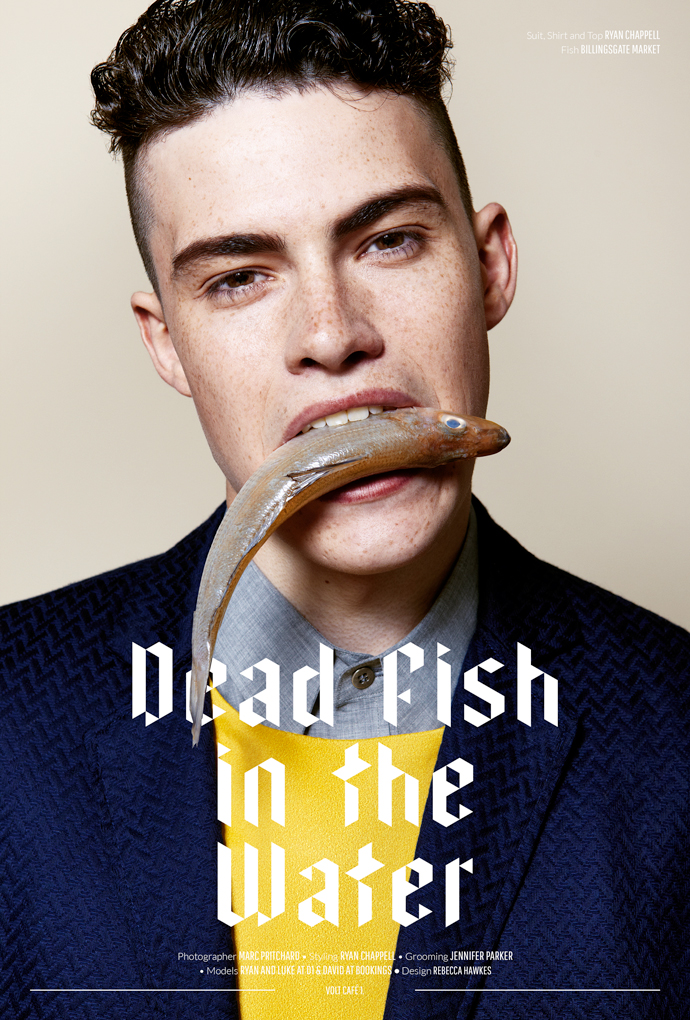 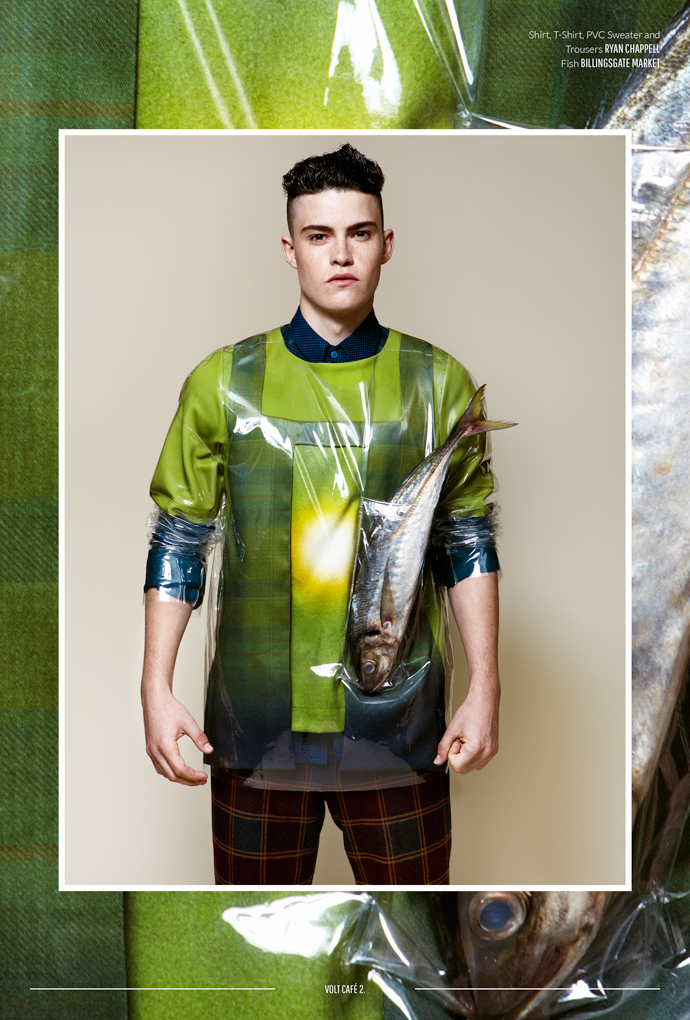 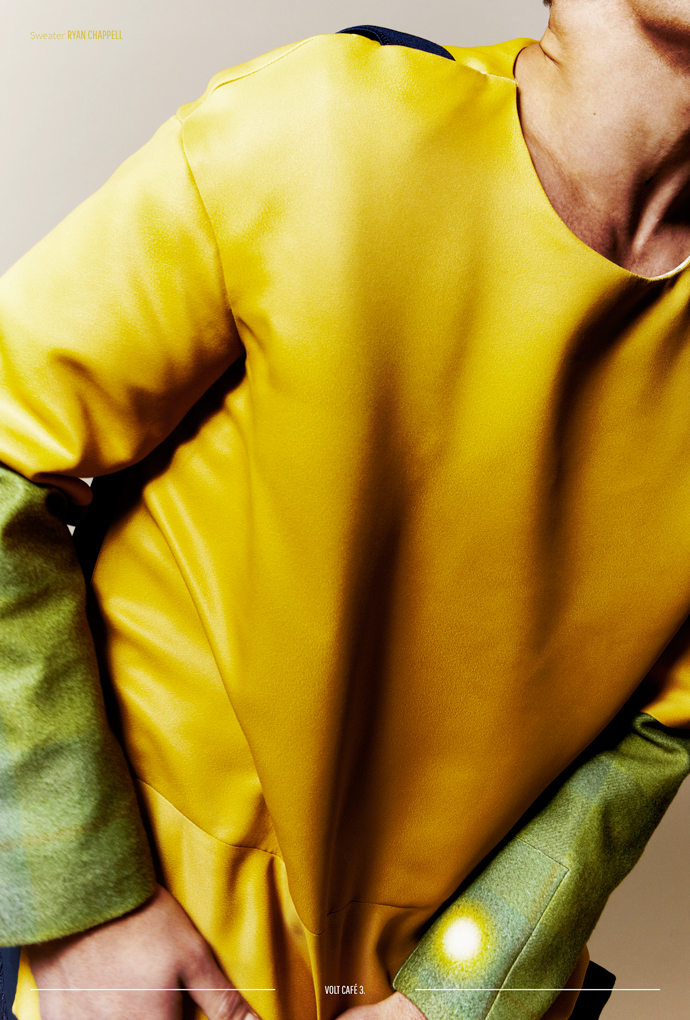 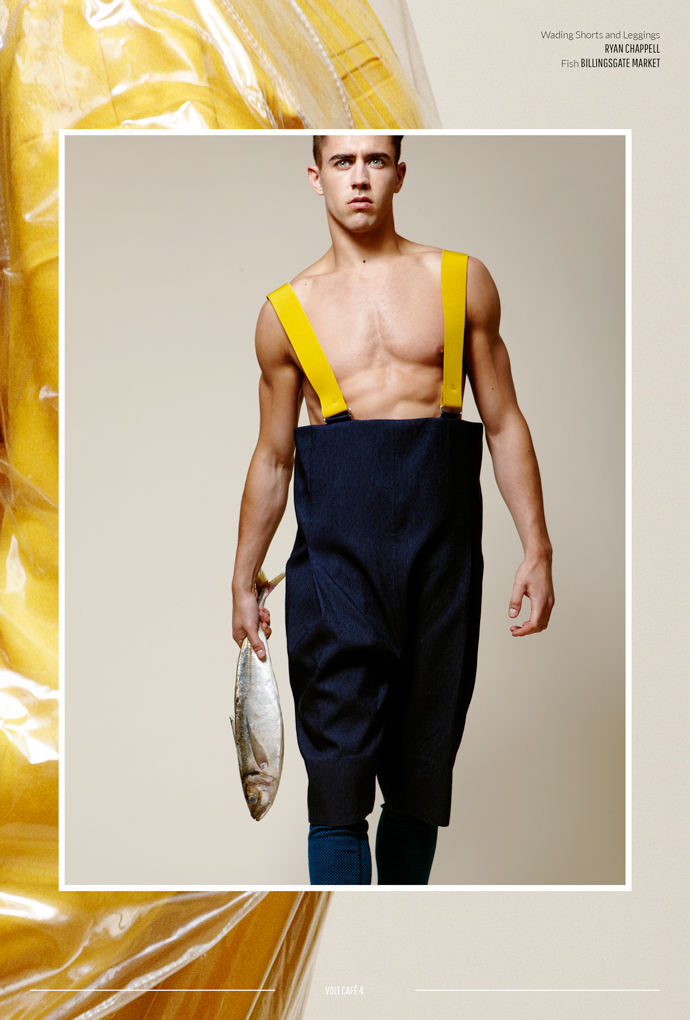 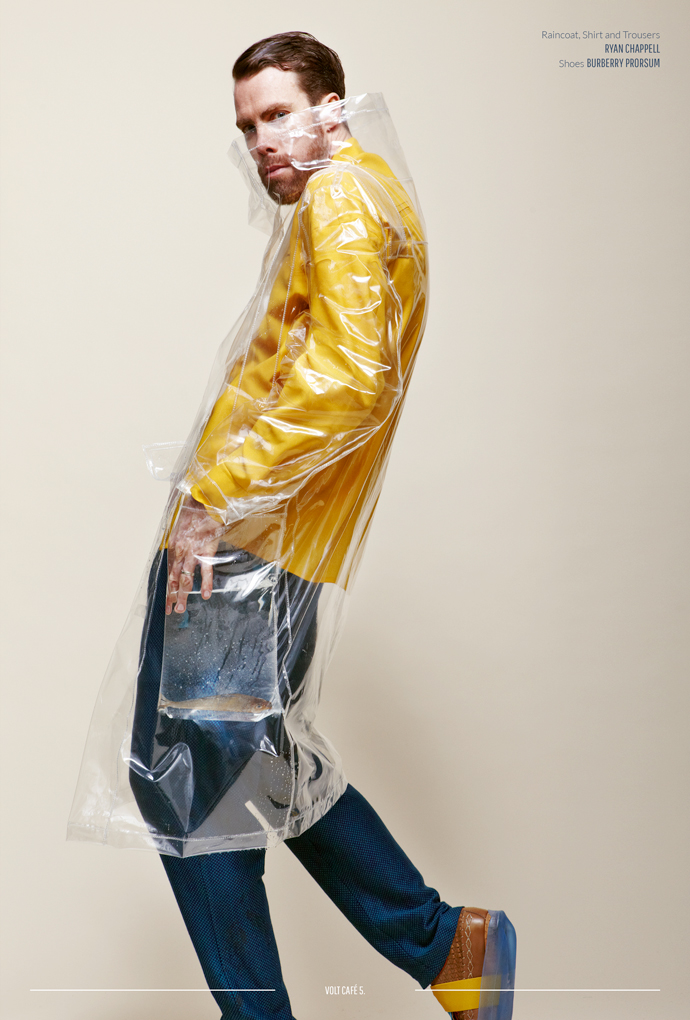 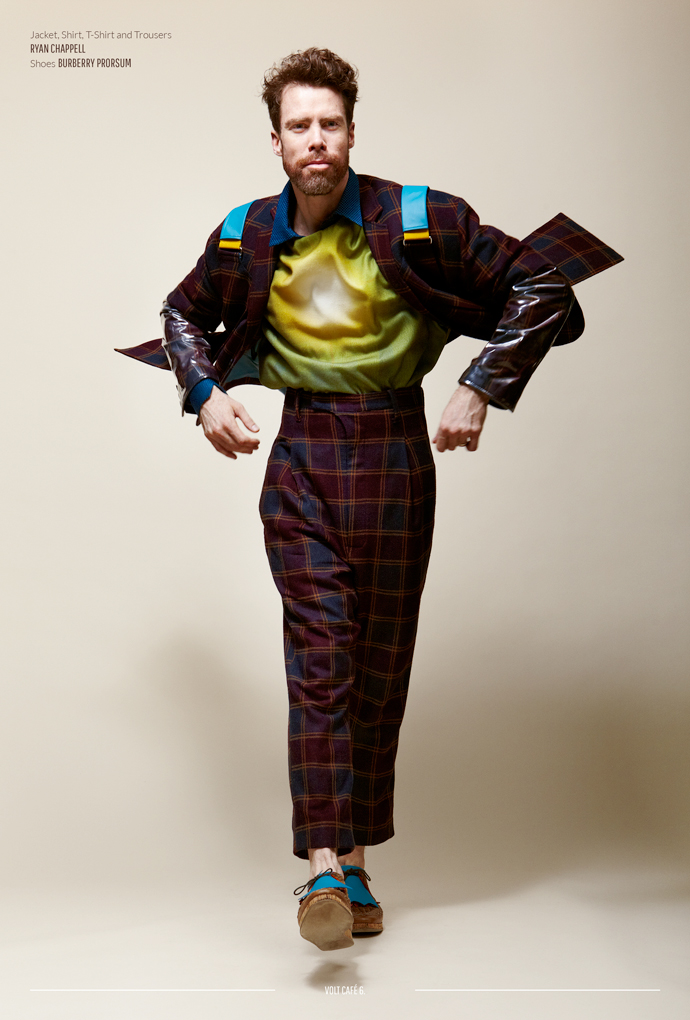 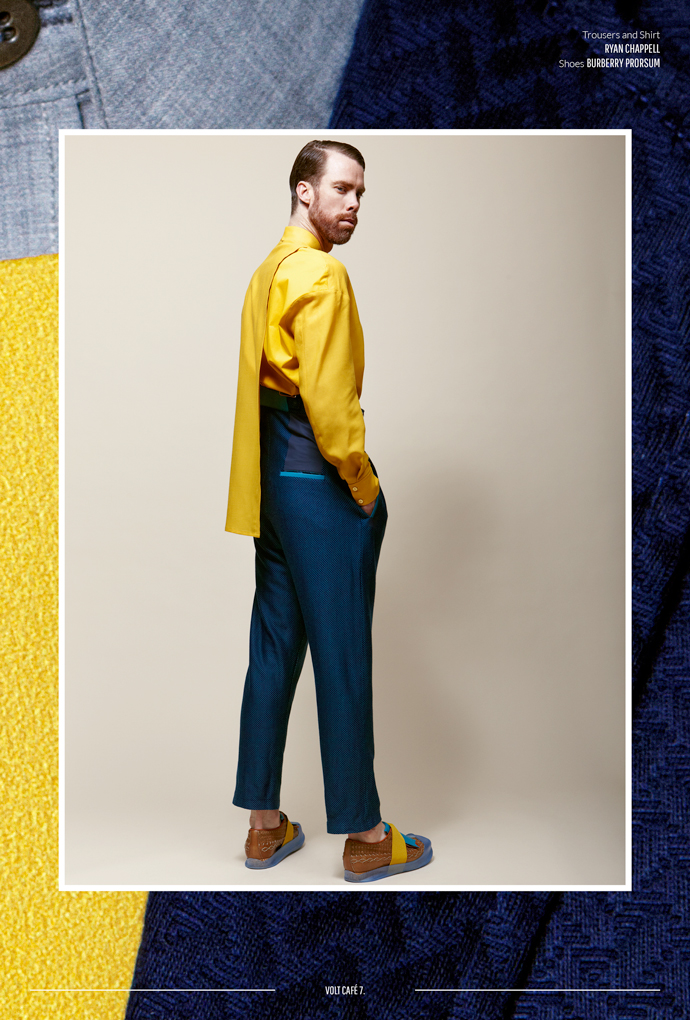 Ryan Chappell’s debut collection, ‘Dead Fish In Water’, is very visual. Bold colours, prints and cuts, to name only a few of the elements involved, come together seamlessly, creating very solid pieces. Though the collection’s title implies a more sombre tone or message behind the clothes, it actually serves as an affirmation of the change both in climate and the composition of menswear. In his designs he is making an express reference to global contemporary issues such as the rise and fall of the sea levels. Trouser waistlines are elevated and their legs are cropped as a symbol of adaptation. Self-expression as a concept is not new to the designer. With a background in costume design backed by a degree in Fashion Design and Realisation from the London College of Fashion, it was inevitable that Chappell would be turning his attention to design in a more involved sense. Seeing that he has already spent considerable time establishing himself as a choreographer within the music industry having worked with such cultural icons as Janet Jackson, Kylie Minogue and Rihanna, it seems that Chappell’s aspiration is to channel that balance between visual expression and precision into design. This attitude is also integrated into the materials Chappell has used for the garments. Transparent PVC is utilised in the design and creation of a water resistant pullover. When worn, the pullover showcases the garment underneath, thus combining the visual needs of fashion with providing a durable to weather the elements. General perceptions in the world tend to create a void between what is deemed fashion-forward and what is perceived as functional or practical. ‘Dead Fish In Water’ presents a different approach to these notions. In other words, Chappell is designing clothes that marry style and functionality in the very best way. The collection is both wearable and striking and is a solid debut for Chappell. 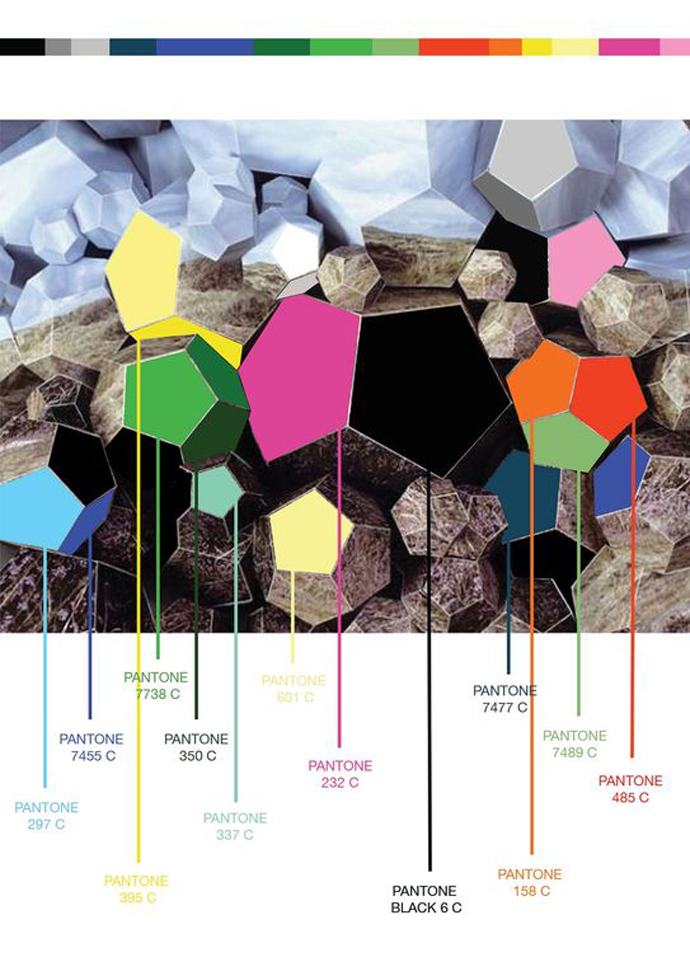 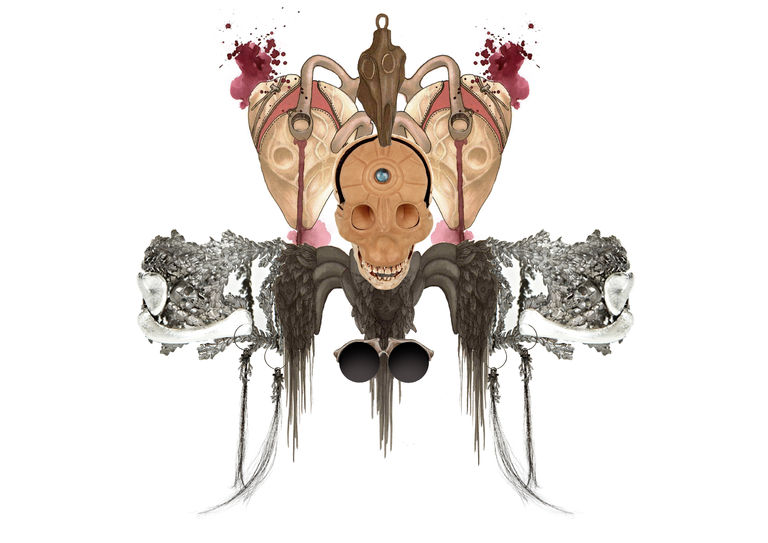 My designs form a clear vision, which encapsulates my personal attitude on life’s experience, drawing attention to the darker elements of this world.