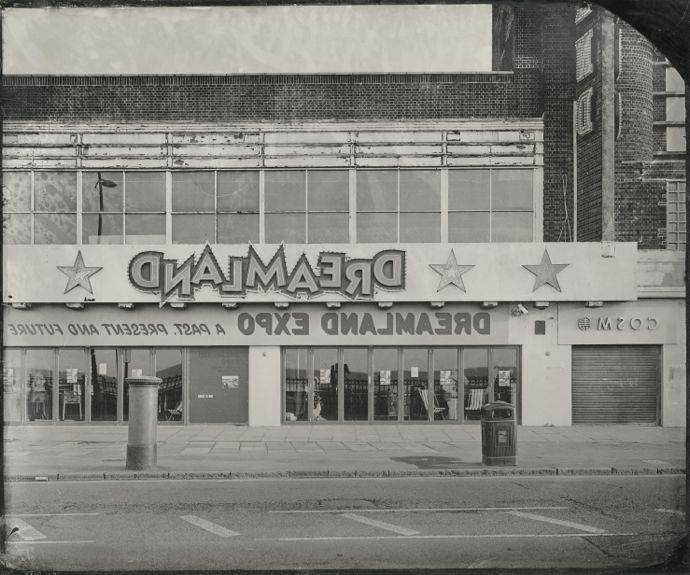 As the restored Dreamland opens on the 19th June, showcasing the many months of hard work and initiative that is so typical of the wealth of creativity that’s lately been threatening to burst open magical Margate at the seams, a new body of work by British photographer Rob Ball at The Photographers’ Gallery shows the Dreamland that was not so very long ago. 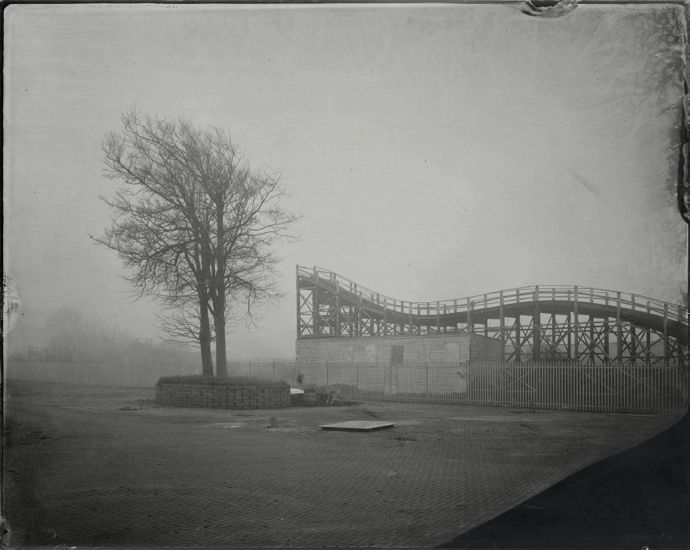 In 2013 Ball started using tintypes to document the disintegration of this vandalised iconic amusement park on England’s south-east coast which, just like Margate itself, was the end product of decades of neglect. The process of using tintype sounds like a labour of love; it entails using a piece of tin with a large format camera, you have to have an in-situ darkroom (Ball cleverly used the back of a white van) where the tintype is coated, sensitivised, exposed, developed and fixed. This means each plate will carry mementoes of the environment it was developed in, such as the photographer’s fingerprint, dust, even shards of daylight. To the OCD person a nightmare maybe but it does mean each print is totally unique. Furthermore, Ball has polished the tintypes with lavender oil, which you can still smell when you stand in front of the images. 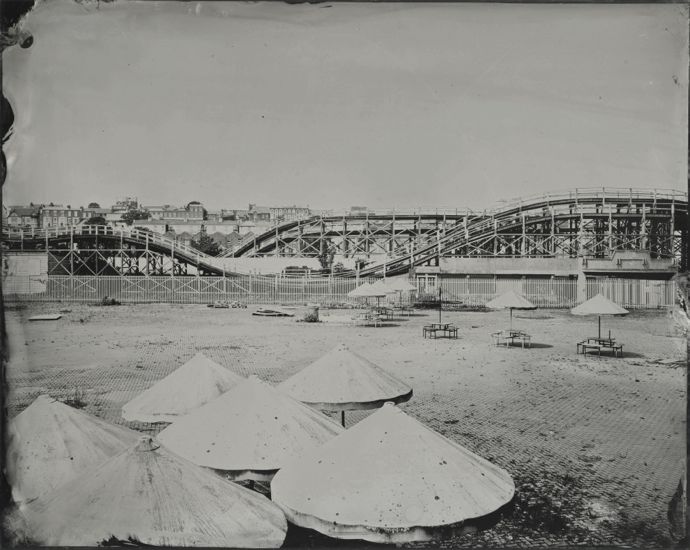 I was initially a little surprised at the bijoux size of most of the prints; after having had the process explained you realise how difficult each one must have been to create. All the more to admire these quietly eerie worlds of unearthly greys depicting a Dreamland that now no longer is, thanks to the hard work carried out by the Dreamland Trust.

Ball also presents work from NYC’s Coney Island as a counterpoint to the Dreamland images. Alongside the art works there’s some original Dreamlands memorabilia in the exhibition too, items such as old signs, tickets, pool balls, bits from the arcade machines and colour photos back from when Dreamland was first shut down. 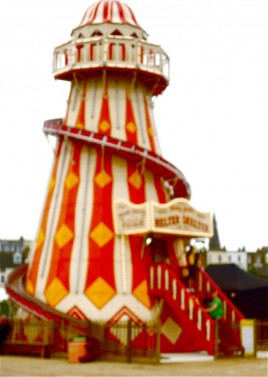 “Roll up, roll up, roll up y’all!” Thus went the cry at Dreamland Margate’s reopening. This epic labour of love has taken 12 years from start to finish, the vision and grit of a very diverse bunch of people and millions of pounds in funding. Dreamland celebrates the culture and heritage of UK’s seaside resorts […]