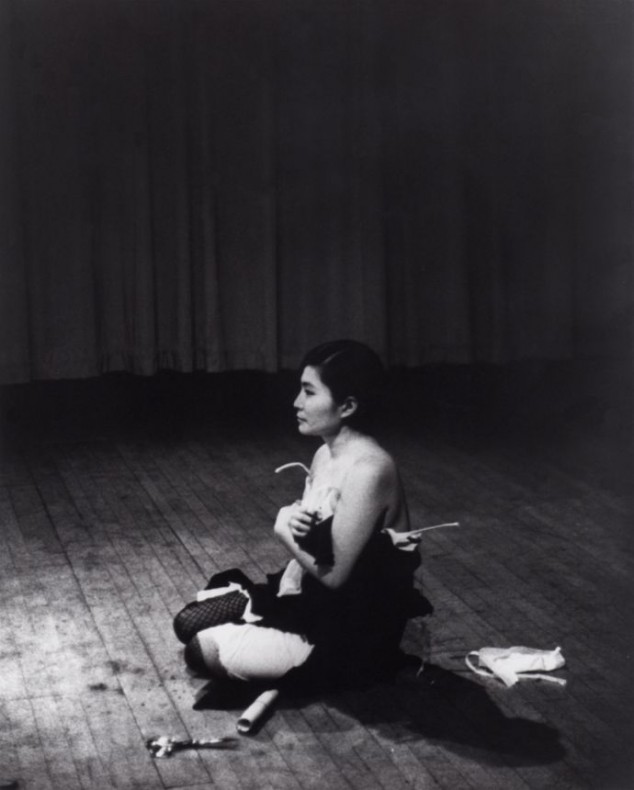 We go about our lives trying to protect ourselves as much as possible. Yet taking a risk can make you grow stronger. Risk is definitely part of the creative process, and to celebrate that, RISK at Turner Contemporary in Margate is showing 38 artists, with works borrowed from key institutions. Incidentally, RISK is the first UK exhibition to deal with this theme.
To state the obvious, making any artwork includes taking risks as you never know the outcome. Many of the artworks on display involve artists taking serious physical risks with their own and sometimes spectators’ safety. Art should always be a space where you can experiment, test things out. And risk is always in the future – a projection in your mind of what might happen. To emphasize this, Jeremy Deller’s ‘You’re here at your own risk’, in white on a red banner, greet you as you walk up the stairs to the main galleries… 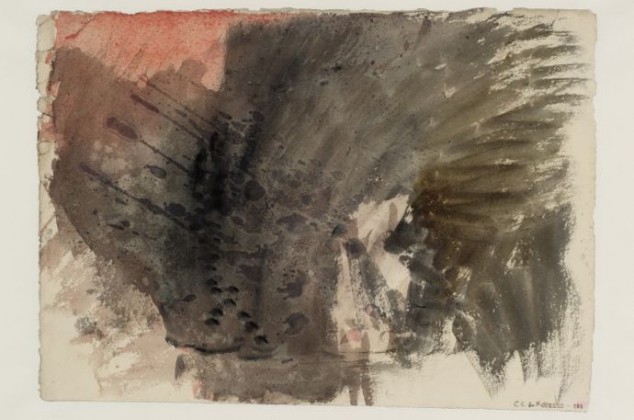 The recurrent theme of TC is to involve works by Margate’s most famous artist, J.M.W. Turner, in their exhibitions. Turner was fearless in his search for authenticity, famously lashing himself to the prow of a ship heading into a snowstorm, in order to literally be at the eye of the storm. This time TC has seven of his works on display, showing his careful research and very abstract approach. Francis Alÿs also seeks out the eye of the storm in his work ‘Tornado’, in which he deliberately runs towards what any sane person would run away from. Alÿs repeatedly chased tornadoes in the Mexican desert in an attempt to reach the peaceful zone in the centre – a metaphor for the pursuit of utopian ideals. The surround sound makes this video hard viewing and you have to admire his bravery. 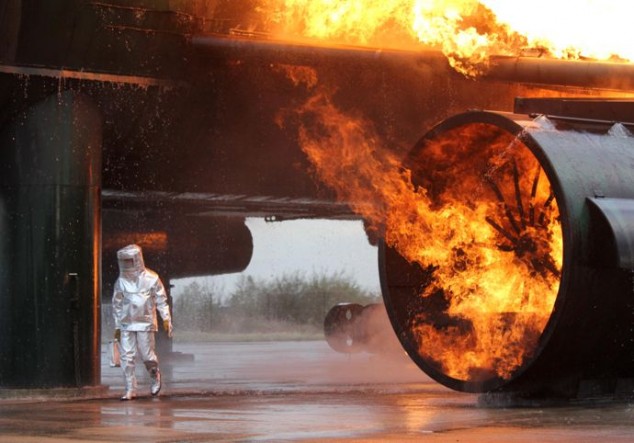 Simon Faithfull EZY1899: Reenactment for a Future Scenario, 2012
Courtesy of the artist and Galerie Polaris Paris

‘The Way Things Go’ by Peter Fischli and David Weiss is an exercise in childish delight at just how many corrosive liquids you can throw about in a space. The sound track alone is hair-raising, and you feel as if you ought to wear a HazMat suit and protective glasses just to look at the domino-like chain reaction. Using everyday objects, ‘The Way Things Go’ is a continuous run of actions and reactions involving balloons deflating, tires rolling, fizzing liquids draining, candles melting and balls dropping. A 30 minute long orgy of destruction, which I could happily watch over and over. The ingenuity of the various set-ups and the beauty of the impending doom mixed with an element of chance make it an irresistible piece and it clearly ‘inspired’ quite a few ads too.
Yoko Ono’s ‘Cut Piece’ (1964) is a film of an event where she sat still on a podium while an audience were invited to one by one step up to cut pieces of her clothing. The work remains a key creation within the Fluxus art movement, because of the way it engages with an artist’s body, but also thanks to the manner in which it breaks down the distinctions between art and life. Marina Abramoviç took this theme up quite a few notches in ‘Rhythm 0’ ten years later, including not just scissors but also nails, a scalpel, a bullet and a gun amongst the 72 objects the audience could use on her. As both Ono and Abramoviç discovered, art audiences might initially be quite timid and respectful, but they soon let loose. In Cut Piece, everyone’s well behaved at first, gently snipping off small pieces from the edges of her garments, until one brazen maverick cuts off ‘too much’, earning a mixture of reactions from the audience and a flash of annoyance from Ono.

With artists including Ai Weiwei, Yves Klein, Orlan, Sophie Calle, Carsten Höller and many more, RISK is another pearl from Turner Contemporary, emphasising their continuos dedication to thought provoking and engaging exhibitions.