Return of the Rudeboy | Somerset House 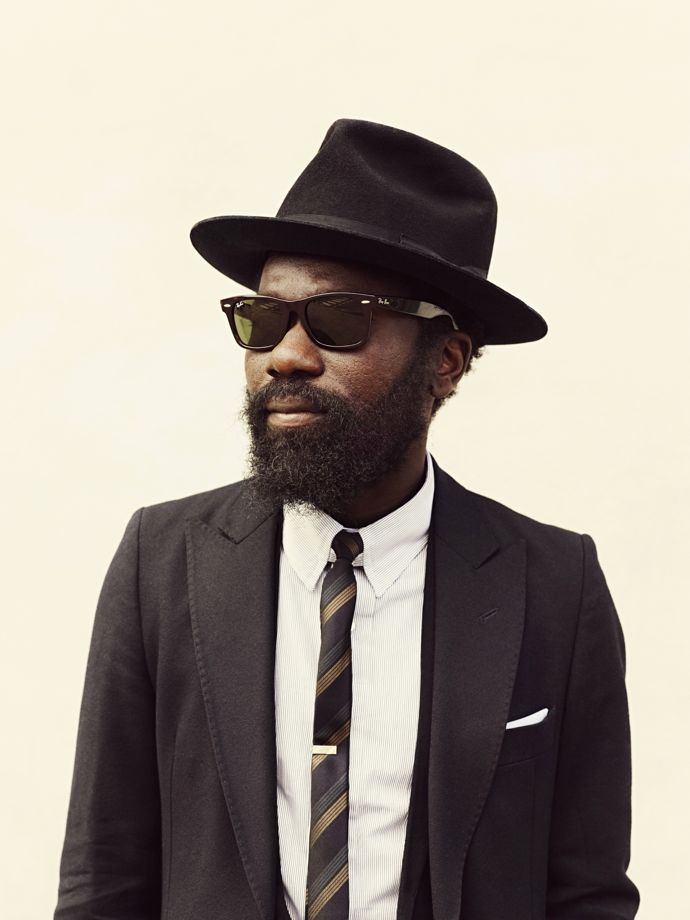 The Rudeboy is a complex trope as well as a recurring presence and inspiration in modern culture and popular music. Return of the Rudeboy, the new exhibition at Somerset House, focuses mainly on him as a style icon. The Rudeboy never really went away; he is cool, edgy and always looks razor sharp but never ever in a try-hard way. Originating from the streets of Kingston, Jamaica in the late 1950’s, Rudeboy (or Rudie) came to represent the young rebels who wore distinctively sharp sartorial styles such as Mohair suits, thin ties and pork pie hats. As is prevalent in the Rudeboy culture, the origins were appropriated and then twisted. For example, R&B was imported from the USA to Jamaica and reworked into what became known as Ska, the first and fundamental music for Rudeboys. The late 1950’s was very much a time of migration, thus the culture, music and attitude travelled to the UK shores and across the world from Jamaica. 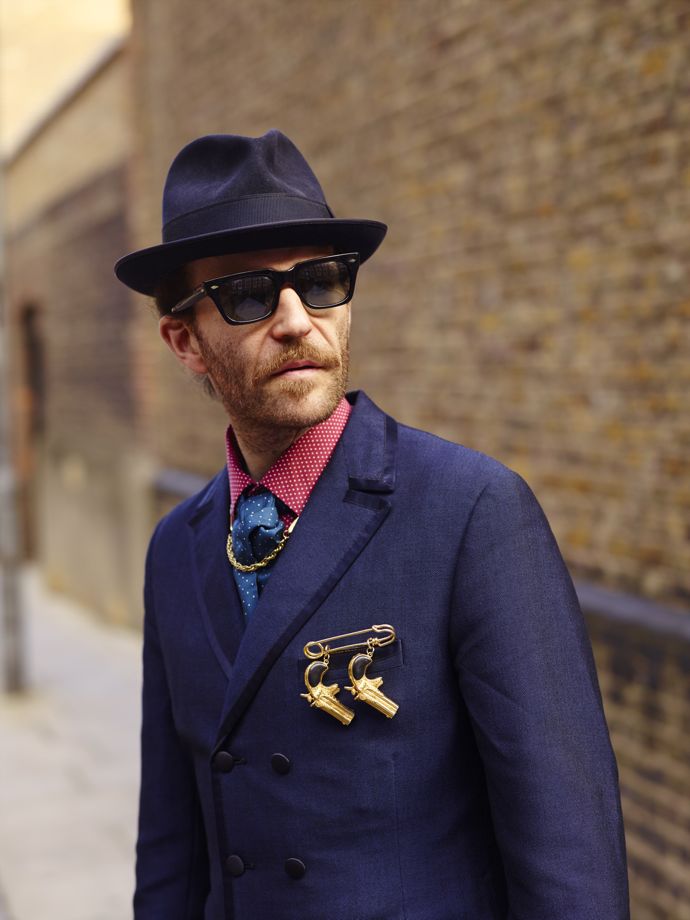 The Rudeboy has travelled through time since then and is constantly evolving; in the late 1970’s, Two-Tone brought it right back into the frame. Now today’s young men and women have adopted the swagger and adapted the essence of the original Rudeboy but for a 21st century generation. 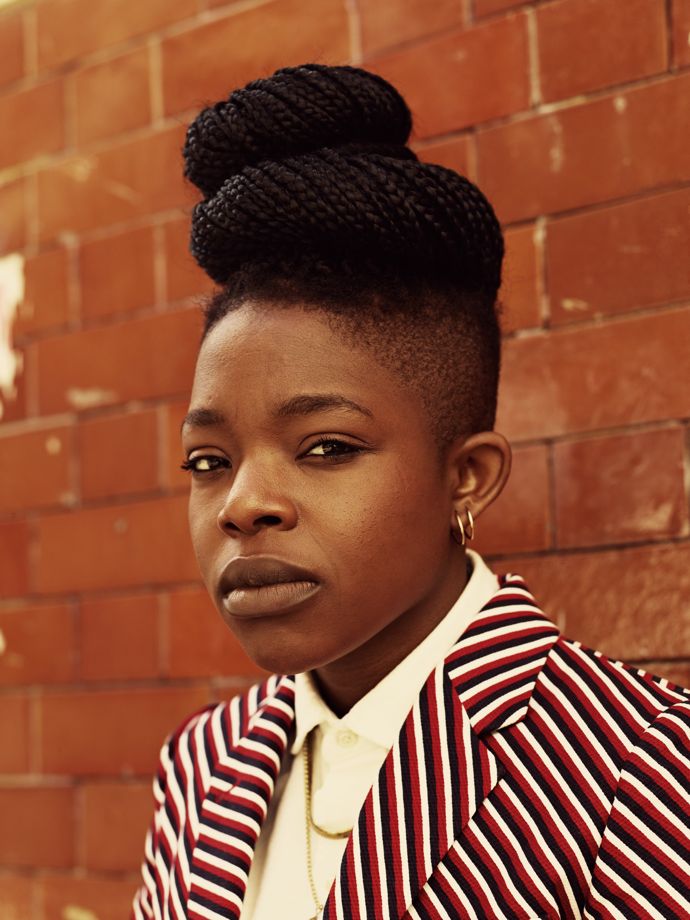 Return of the Rudeboy has been carefully created and curated by prolific photographer and filmmaker Dean Chalkley and creative director Harris Elliott. It showcases a sartorial subculture through a series of portraits, installations and set pieces and it is obvious from the tight edit that they had total control over the process. The impressive result is an engrossing experience of visuals and sounds, taking visitors into the worlds of today’s Rudeboys. 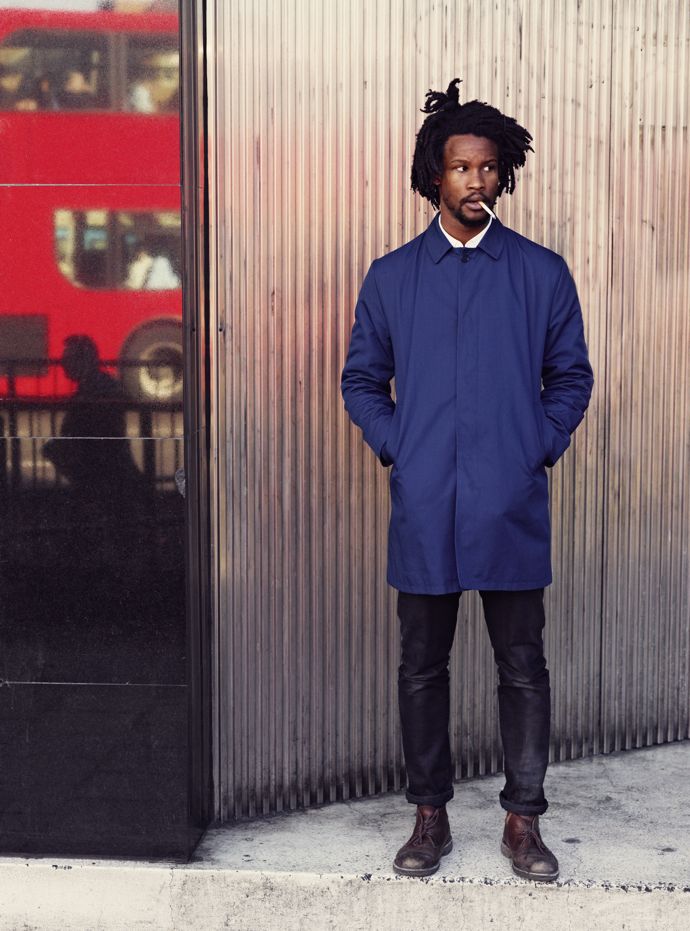 The previously unseen series of images and installations have been devised and designed especially for this very original exhibition at Somerset House. Over the course of the past year the duo has photographed over 60 sharply dressed individuals from across the UK, all of whom embody the essence of what it is to be a Rudeboy in the 21st century. The images are as far from snapshot street-style ‘straight-ups’ as can be, instead the curated collection of portraits shows the subjects presenting their lean and unique sartorial swagger in locations linked to the Rudeboy lifestyle, be that on the streets of Shoreditch or Savile Row. Multimedia installations and set pieces will further expose the everyday details of the modern Rudeboy, from the music he listens to down to his daily grooming routine. To wit the typical attention to detail from the two curators, they asked each of the subjects featured in the portraits to provide their signature playlist. These playlists will be merged with curators’ and collaborators’ choices into a soundtrack to capture the spirit and soul of the Rudeboy, acting as a sonic backdrop to the visual works. A detail that emphasizes the importance of the Rudeboy in the world of music, which is fitting as the style was so closely connected to the music movements of the late 1950’s; their initial inspiration derived from American Jazz and R&B musicians as well as some notorious gangsters. 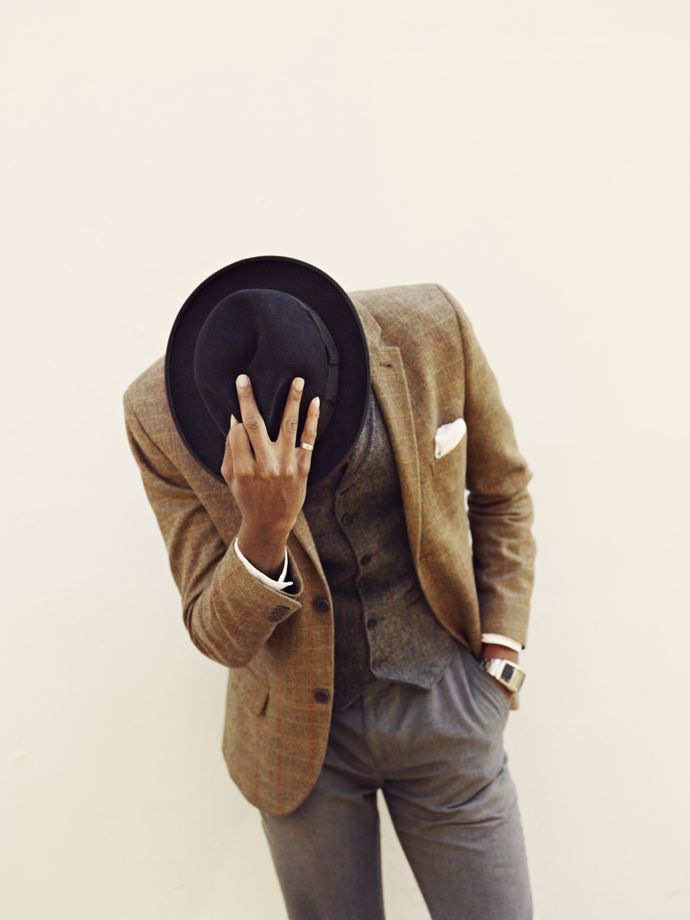 Since grooming is integral to the Rudeboy routine, the space will host a pop-up ‘grooming station’ where visitors can book appointments to get their hair cut or beard trimmed by a top Rudeboy barber. Select installation set pieces will be placed alongside the photography to give another glimpse into the Rudie lifestyle. Working with artisan box maker Kitty Farrow and luggage manufacturer Alstermo, bespoke brief cases, hat boxes and luggage sets will be made to show how this collective of individuals pays attention to detail in all aspects with their fashions. 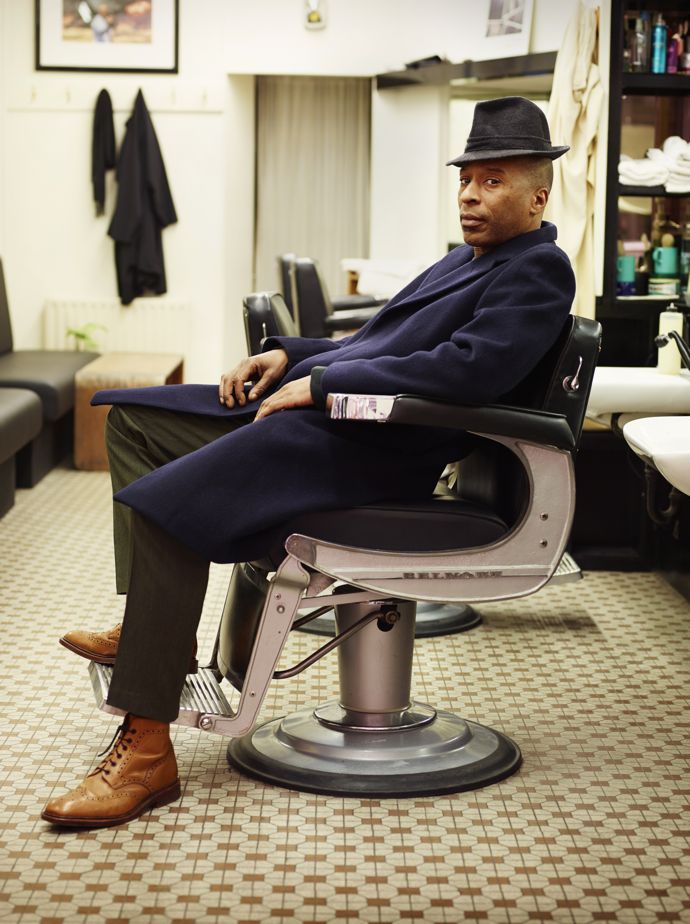 The Rudeboy may like to appear as if it all springs from his magpie-like mind but he is actually very much a collaborator. Thus, in true Rudeboy style, Chalkley and Elliott have worked closely with a variety of inspirational and influential creative minds to contribute content to the exhibition. These include Rashad Smith, a British-born, New York-based producer who has worked with the likes of The Notorious B.I.G, Busta Rhymes and Nas; the Art Comes First creative collective founded by top travelling tailors Sam Lambert and Shaka Maidoh; and founding member of Big Audio Dynamite, Grammy award-winning filmmaker and international DJ Don Letts, a pillar of the punk and reggae scene who inspired a generation through his groundbreaking music, films and fashions. Don Letts sums it up beautifully: ‘In a conservative culture that feels like punk never happened, the time is right for Return of the Rudeboy. Being as old as rock’n’roll, I’ve been perfectly placed to witness the twists and turns of a style-driven youth culture that seems to have all but disappeared in the 21st century, or so I thought. Return of the Rudeboy looks at the tradition, heritage and most importantly re-emergence of what is a very British thing.’ 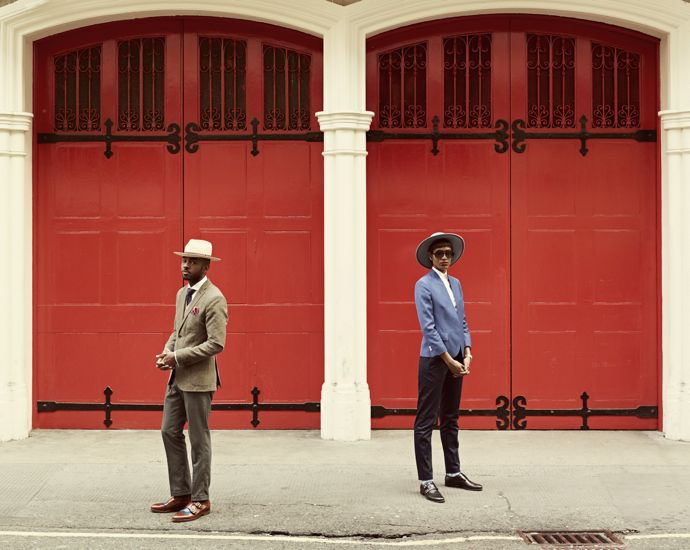 There will also be a season of events running concurrently with the exhibition for visitors to exchange and expand their knowledge and understanding of this culturally significant subculture, from film screenings to sartorial workshops. The events will pay respect to the heritage and importance of the past, but focus on the present and future Rudeboy. The photographs and set pieces will be on sale along with bespoke hand-bound books featuring the images on show in the exhibition. Customised, designer collaboration clothing and accessories inspired by Rudeboys will also be available. 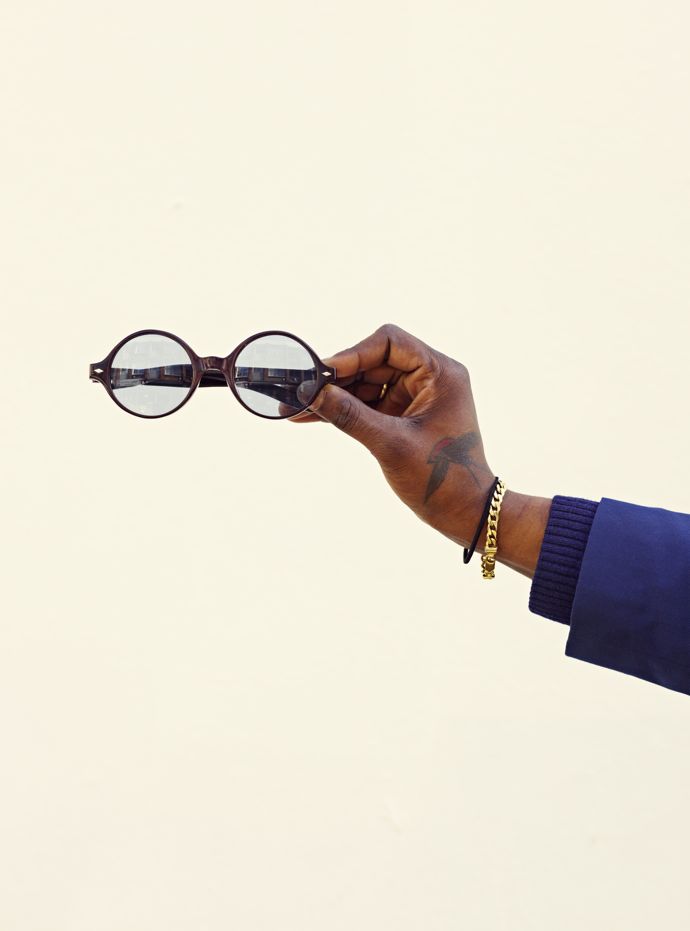 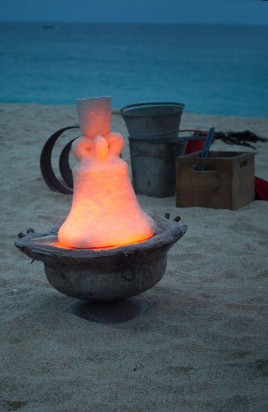 A wonderful thing is happening at Somerset House in November and the first two weeks of December. The upcoming exhibition One and All is a digital voyage through sight, sound and sea. What this means is that you’ll be able to experience the beauty that is the British coastline just by popping along to the Strand. […]

Guy Bourdin: Image Maker at Somerset House is the UK’s largest ever exhibition of the influential and enigmatic fashion photographer Guy Bourdin

Somerset House in collaboration with MAGNIN-A Gallery, Paris, is proud to present the first UK major solo exhibition of Malick Sidibé, the ‘Eye of Bamako’ who gave the world a vivid glimpse into African youth culture. Sidibé is reknowned for his striking, instantly recognizable black-and-white images chronicling the lives and culture of the Malian capital, […]