Lakisha Robinson, better known as her stage name Kilo Kish, is many things — model, DJ, rapper, songwriter, fashion designer, painter — but most of all: artist. After graduating from the Fashion Institute of Technology back in 2012, Kilo Kish rolled into the music business when her roommates decided to set up an in-home studio. Five years later, she has a studio album and two EPs under her name and collaborated with acclaimed artists such as The Internet, Childish Gambino, Vince Staples and Chet Faker. Volt Café had the chance to speak to this multi-talented artist. 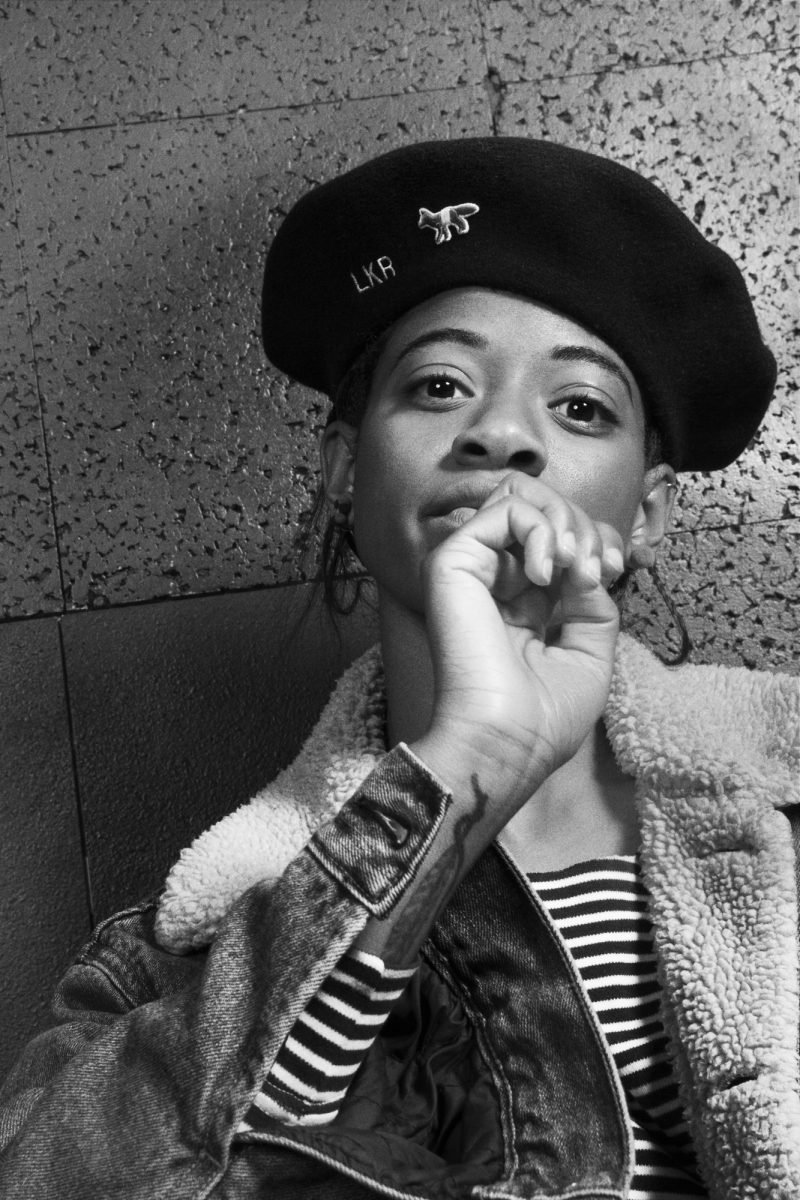 You studied textile design at the Fashion Institute of Technology in New York. What made you switch gears and go into the music business?

It’s not that cut and dry. I don’t think I saw it as switching so much as graduating college and seeing another opportunity and going for it in that moment.

You haven’t totally turned your back on fashion, you’re starting your own lifestyle brand.  Could you tell us a bit more about that?

I’m always making things for myself to wear and use such as pillows, jewellery, prototype bags, and clothing. Eventually I will out them online. Brand is called Kisha. www.ki-sha.com 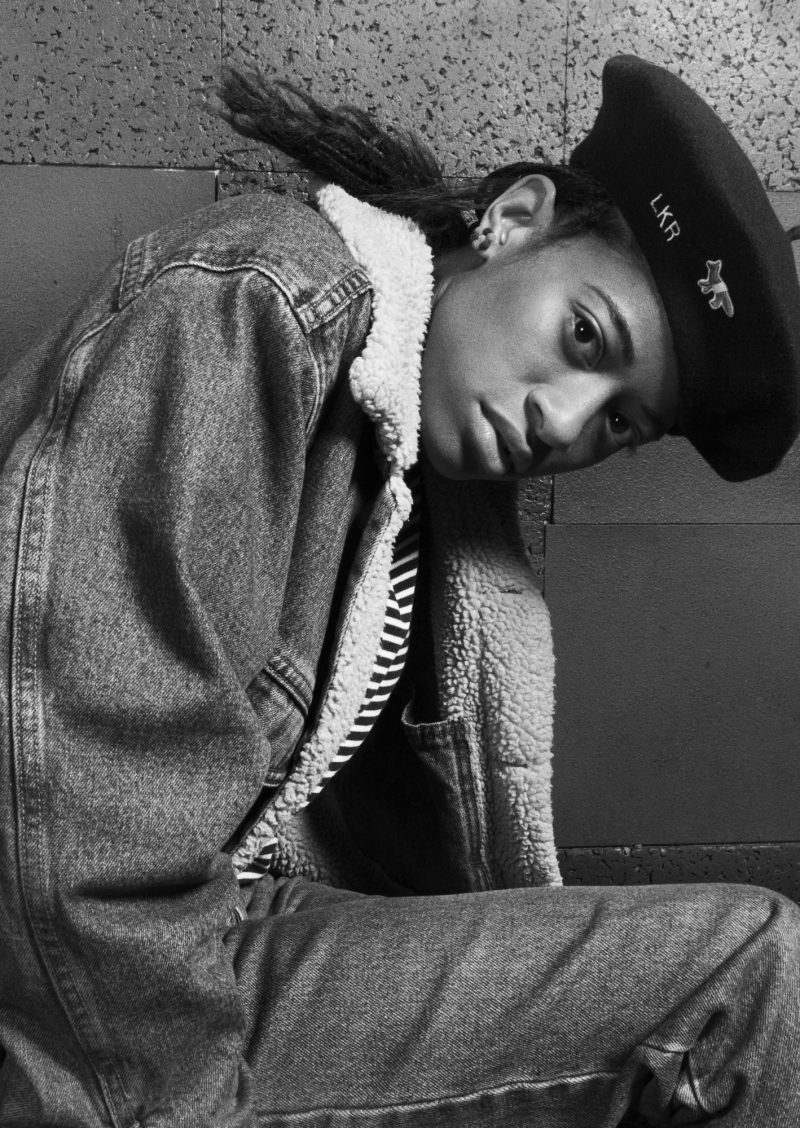 What kind of music did you grow up with?

MTV mainly, which to me is a genre and I had rhapsody or some online player and would listen to Bjork and Regina Spector. Also played in my home lots of R+B and soul stuff. Earth Wind and Fire. Luther Vandross. I’m always curious why people ask this question.

What kind of music do you listen to now? Any particular artists that inspire you?

I don’t listen to many albums. Right now I’m really serious about limiting my intake of random information. Kind of an experiment if you can control your influences – if you limit the stream of information. Been watching a lot of music videos though, Stéphane Sednaoui and Chris Cunningham.

On previous albums you have collaborated with numerous artists such as The Internet, Childish Gambino, Vince Staples and Chet Faker. How was it to work with these artists?

It was collaboration. I don’t know, they’re all nice people. Friends. 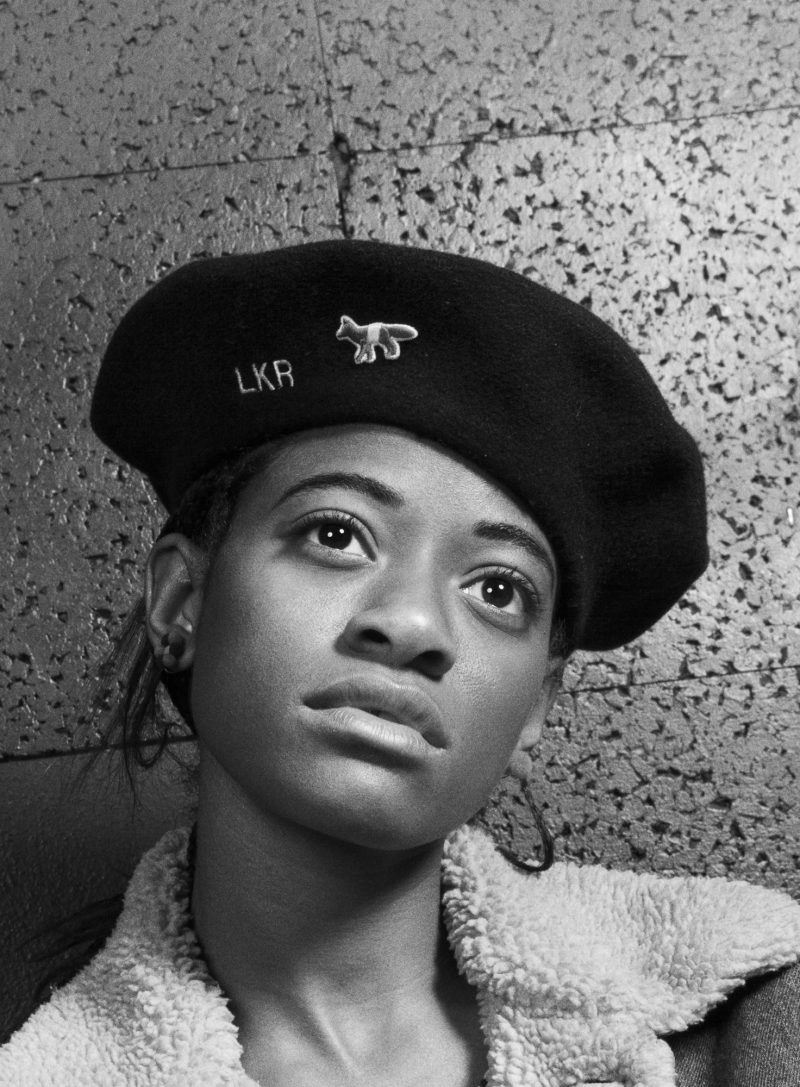 Your last album Reflections in Real Time deals with various subjects. How did the album come together and what inspired you to write it?

It’s taking inventory of what I think about our world and who I am in it. People change, so for a first album I wanted a marker point.

On Reflections in Real Time you didn’t feature other artists (except John Anderson for the Intermission), is there a reason you made that decision?

I’m not a fan of featuring in general because I think listing features distracts from a listener experience. Then they skip through the album and find the other artists and it fucks with the order of things. Also “expectation”, which is like the death of creativity.

Your videos carry a strong visual language. Why do you think videos and visuals are so important these days in the music industry?

I don’t really think they are – I make them because they tell me to. I never have had a budget for videos (or anything really) so I don’t have that many. But I prefer a Cinematic video where the music acts as a score rather than a performance point. But that’s just me. I think people like seeing expansive iterations of a song and they like seeing the artist. Songs can be so many things to different people and so many different things for the artist themselves so it’s strange to me that people don’t make multiple videos for the same piece. Cementing meaning is always a drawback for me.

What are your goals for the future? Any particular things you’d like to achieve? 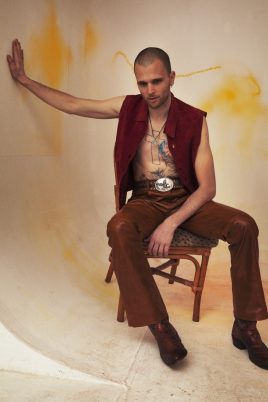 L.A. based singer-songwriter JMSN (pronounced like his favourite whiskey “Jameson”) is taking the music industry by storm. His R&B, electronic and jazz fused beats garnered praise from the likes of Chris Brown and Usher — who referred to him as “his favourite new act”. We caught up with JMSN in London to talk about his […] 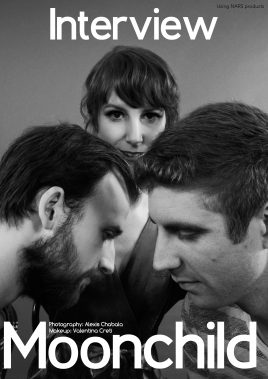 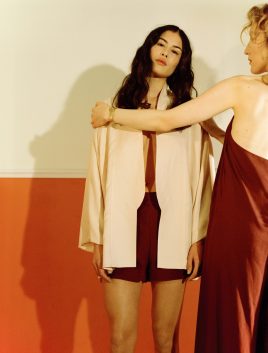 Following an MA in Fashion from Central St. Martins Petra Metzger launched the fashion label EINE in 2013. EINE recently launched its latest collection at the Library Members Club. We were there and spoke to Metzger. Volt Café: How would you describe your collection in three definitive words? Petra Metzger: Sensual, Feminine, Comfortable – Women are […]