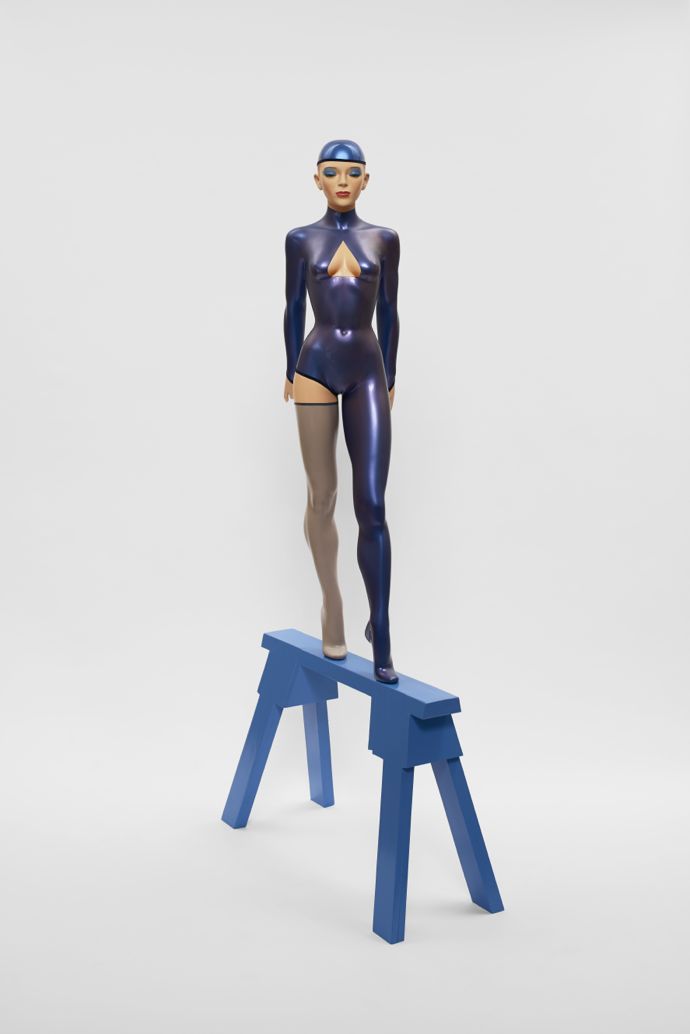 Colour Matters at Marlborough Fine Art is an exhibition of new sculptural works by Allen Jones. Now 78 year old, this prolific British artist has been working from the early 1960s to the present day and explores the representation of the human figure. Colour Matters offer a different perspective on the female shape. Even in silhouette, his women are strong, muscular and decidedly three-dimensional. The Blue Gymnast stands poised, proud and her gaze is determined and inwards focusing. 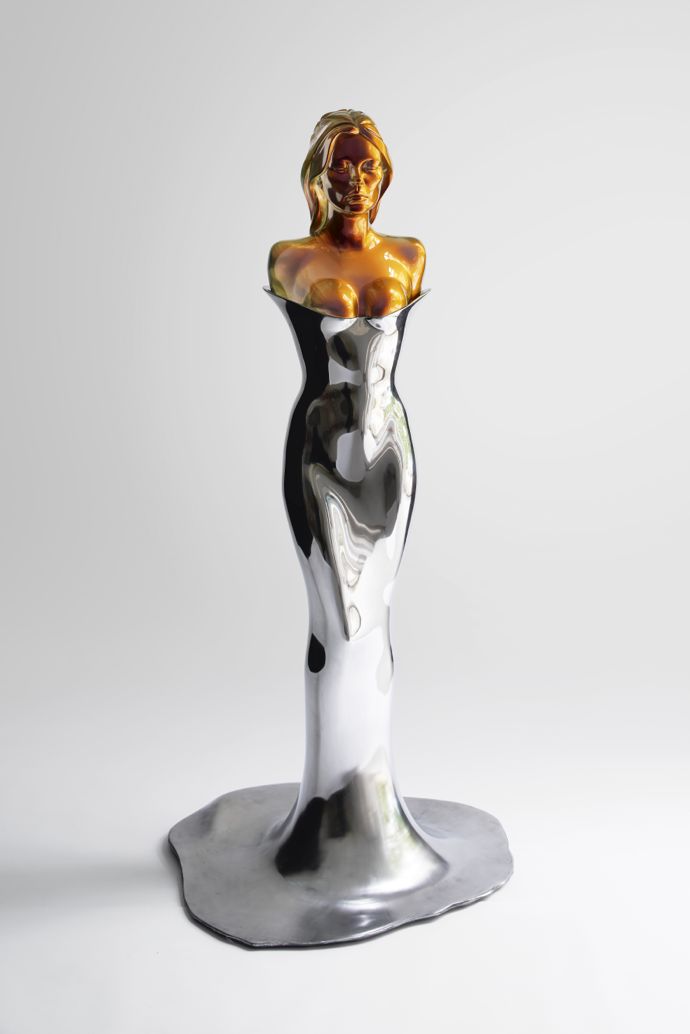 Jones has continued his renditions of Kate Moss. A Model Model has an expression that is a little weary as she stands there, encased in a stainless steel sheath, the spray painted resin bust of her torso and face shimmering as if she’s made from stardust. She looks as if she’s pondering how it all came to this. There’s a realness in the representation of her face, as opposed to the careful photoshopping we usually see in shoots or advertising featuring Moss. The queen of the catwalk ultimately trapped by the clothes that initially made her. Or maybe simply a sculpture of Kate Moss in a strapless dress? You decide. 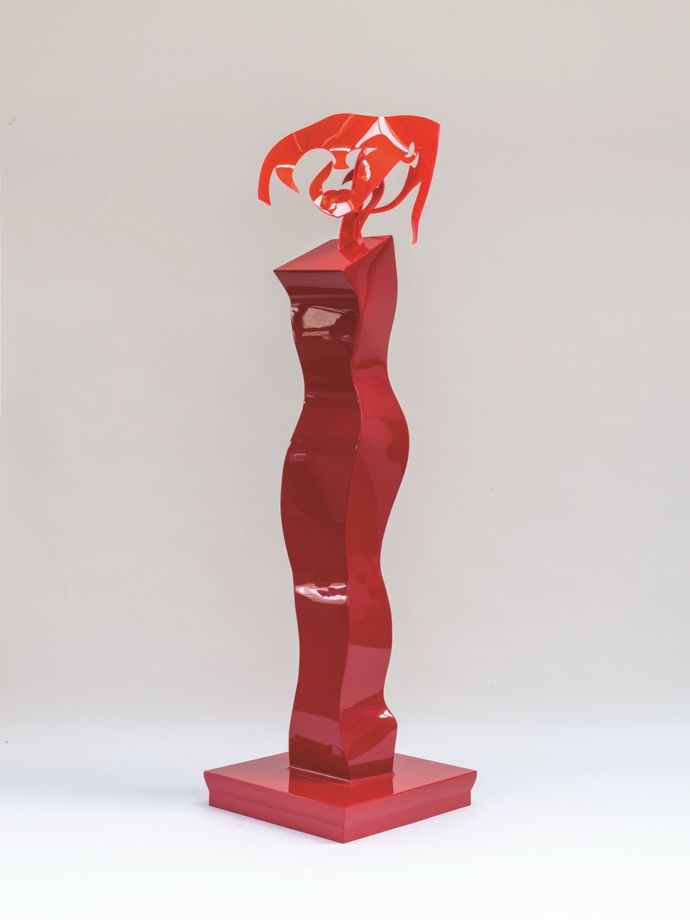 Jones has a certain ‘reputation’ based on his sexually charged fibreglass sculptures, especially the ones depicting life-size images of women as furniture. You can argue it is degrading, sexist; yet Allen Jones thinks of himself as a feminist. He is preoccupied by the way people present themselves, the amount of artifice we employ in order to look ‘normal’. However, as the psychologist Alfred Adler said, ‘The only normal people are the ones you don’t know very well.’ Artists as diverse as Gary Hume and Sarah Lucas are self-professed admirers of his work and his women always seem strong and unafraid to me.

As I walk about, I overhear the gallery staff discussing best prices for prints. Apparently that is $50,000 for a set of three. So London – you can watch art for free and be privy to these kinds of ruminations at the same time. 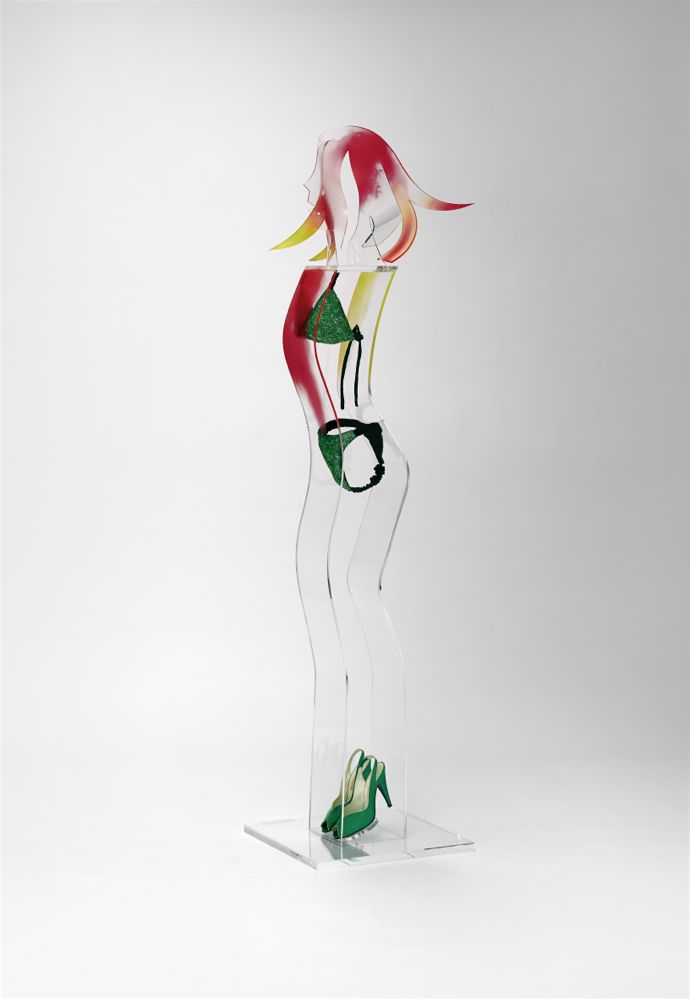 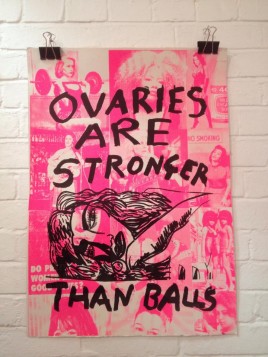 Poster by Delilah Holliday   With all-female art collectives, DIY-designers and zines making their way to cult status among the internet generation, it’s hardly surprising that they are all joining forces to counteract the sexism and negativity in the world today. Enter Polyester zine (headed up by editor-in-chief Ione Gamble) and designer Clio Peppiatt who’ve […]