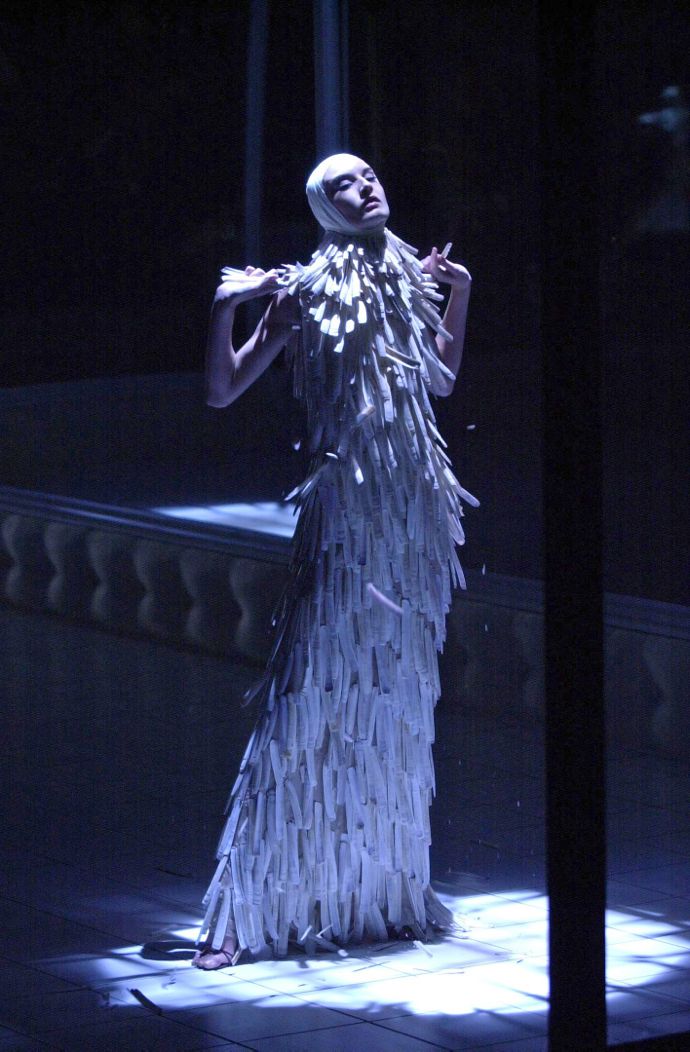 This is truly a homecoming! The pride and emotion felt by Martin Roth, the Director of the V&A and Claire Wilcox, the Curator of Alexander McQuen | Savage Beauty was contagious, and they were not the only ones surreptitiously swiping at eyes. To finally pay respect to Alexander McQueen at the V&A, the place that inspired him so much and where he dreamt about being shut in overnight, is a very big deal indeed. Nadja Swarovski reminisced on meeting McQueen in 1998, introduced by Isabella Blow, about how McQueen had been like a kid in a candy store when invited to Austria to see the products and how he’d worked closely with Swarovski for 10 years. It was good to hear the company acknowledge that he’d rejuvenated their fortune and pushed Swarovski to re-explore their heritage while inspiring other designers to use Swarovski – thus leading to a mini-boom for them. And what an honour it is for Swarovski to support V&A in exhibiting Savage Beauty. So far 70,000 tickets have been sold to this exhibition, which means it has already broken the record of the Bowie exhibition before it has even opened.

Originated by the Costume Institute at the Metropolitan Museum of Art in New York, Savage Beauty has been edited and expanded for the V&A’s large exhibition galleries. It features 30 additional garments, including some rare early pieces, lent by private individuals and collectors such as Katy England and Annabelle Neilson as well as pieces from the Isabella Blow Collection and the House of Givenchy. 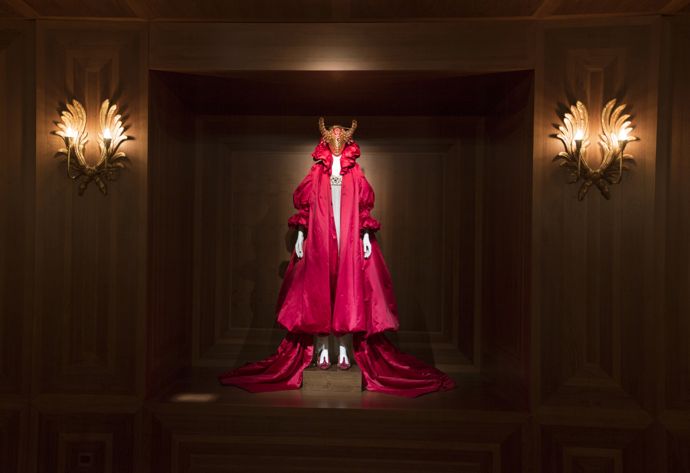 This long-awaited Savage Beauty at the V&A is out of this world. Stratospheric. In your face. Beautiful and ugly and frightening all at the same time, just like McQueen himself. Stunningly curated and staged in ten sections which are built around 244 garments and accessories that span the breadth of McQueen’s womenswear collections, from his MA graduate collection in 1992 to A/W 2010, McQueen’s final, unfinished collection.

Walking around, you’re in a daze. For most of us, being close to work of that magnitude is rare; you can visualise all the petits-mains (the artisans employed by couture houses to hand-embellish garments) bent over their insane task; the pain of wearing these garments, heavy with embellishments, some of those embellishments jagged or delicate or both, built around body-defying corsetry; add to this that the V&A has left access open to some of the pieces so you can see the detailed workmanship of these one-off garments without even a glass wall in between is truly awe-inspiring. And very trusting on their part. 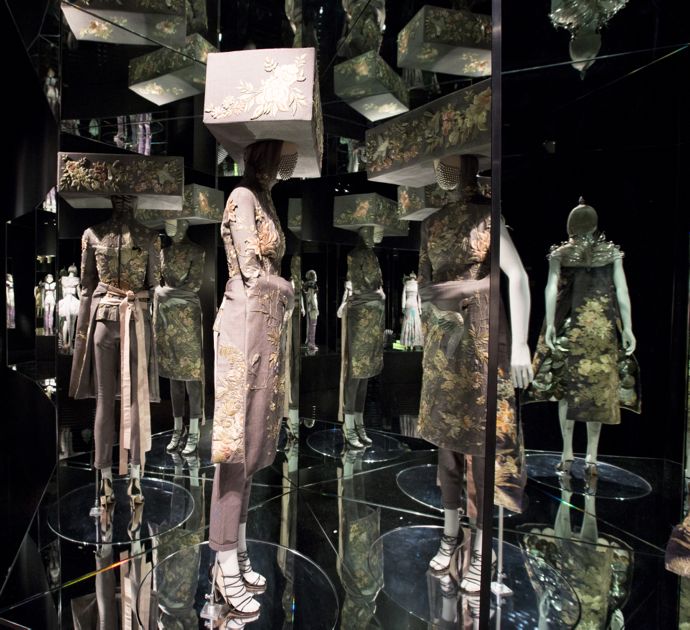 The static display of garments can be tricky – to wit the recent opening of Björk’s retrospective at MoMA in New York where there was criticism that the stagewear seemed lifeless and irrelevant just hanging there without her energy and persona. At Savage Beauty the atmosphere is almost too much – you constantly sense McQueen’s vision, his dark, oh so gifted mind soaring into these flights of fancy and then crashing, opening himself to yet more darkness to once more being propelled along. The holographic 3D image, or Pepper’s Ghost, using technology popularised in the 19th century during seances, of Kate Moss in a sea foam-like tulle dress is an enchanting love poem to this London fashion muse, like a spiral of teasing smoke she twirls and twists before vanishing in an implosion of stars, elusive yet again. 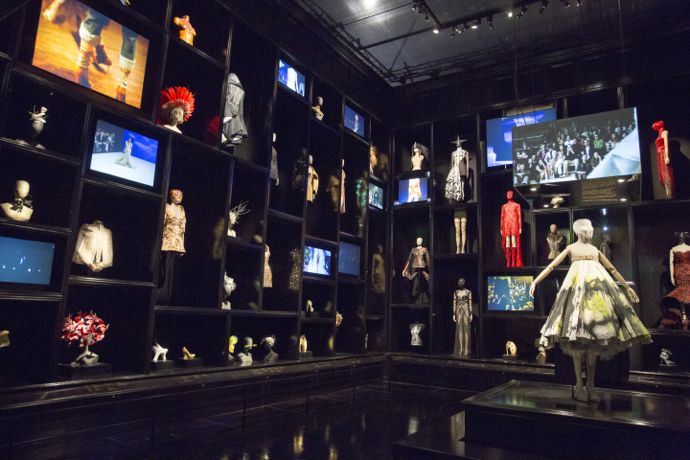 In the Cabinet of Curiosities, the double-height gallery at the centre of the exhibition, you see film footage of nearly all of McQueen’s shows in between the showcased designs by McQueen and his collaborators milliner Philip Treacy, jewelry designers Shaun Leane and Sarah Harmanee and Mr Pearl, the corsetier. The impact of the visuals and the soundscape (the clacking of a manual typewriter, the shouts from the photographer’s pack to the models at a fashion show) is so overwhelming – again you feel this sadness at a talent so huge yet cut down way before his prime. As McQueen said, ‘There is no way back for me now. I’m going to take you on journeys you never dreamt were possible.’

Framed by the imaginative and distinctive surrounds – one room clad in aged bones and skulls for instance or the abundance of foxed mirrors and black glossed floors so shiny you almost fear treading on them – this exhibition is a stunning testament to McQueen’s huge trailblazing talent. And finally, he found a way to stay overnight at the V&A.

The thematic presentation of the exhibition will interrogate ideas and concepts central to McQueen’s work, including: subversive tailoring; Gothic sensibility and the interplay between darkness and light; primitivism and the animal world; heritage and ancestry; nature and the natural world; and technology and handcraft.

Admission £16 (concessions available). V&A Members go free.
Advance booking is advised – this can be done in person at the V&A; online at www.vam.ac.uk/savagebeauty; or by calling 0800 912 6961 (booking fee applies).

To accompany the exhibition, the V&A has published Alexander McQueen (edited by Claire Wilcox. £45, hardback), featuring previously unseen material and essays by a team of international contributors. It is, like the exhibition, a must. The softback is £25 and if you’re a V&A member you get a further 10% off, not to mention free access to this and any V&A exhibition. JOIN. 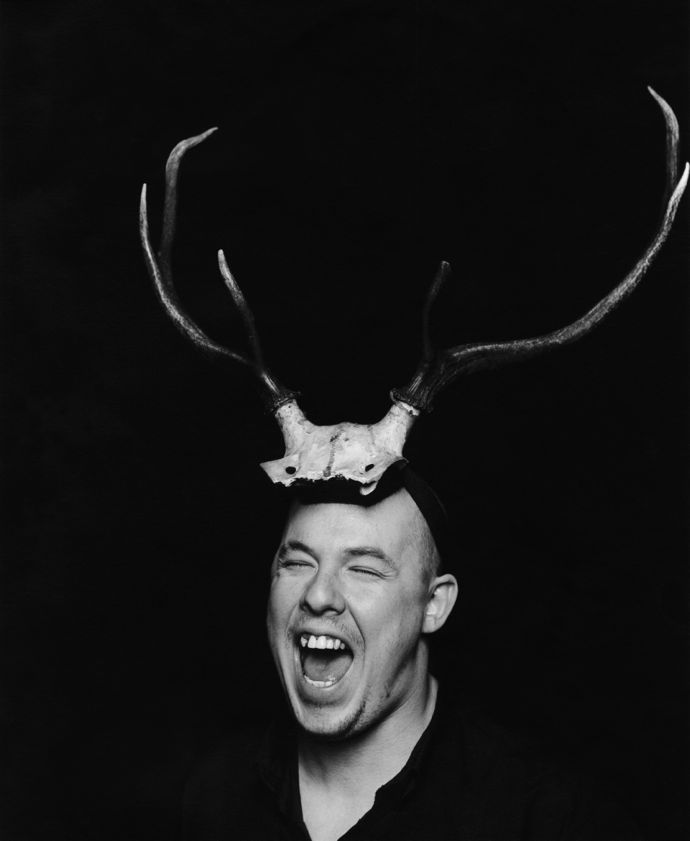 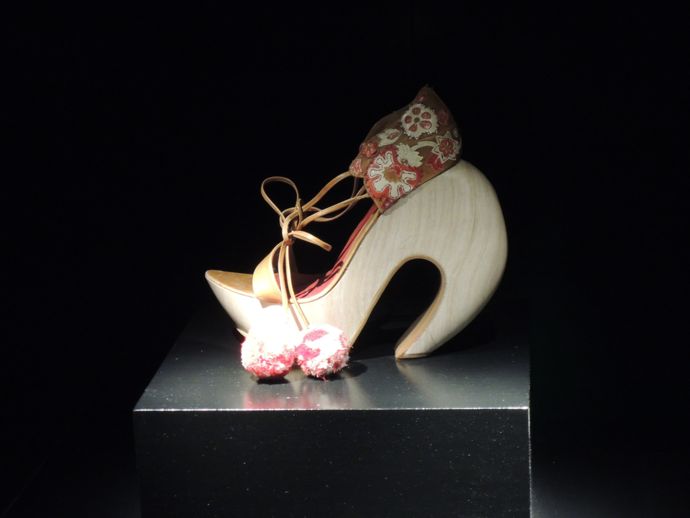 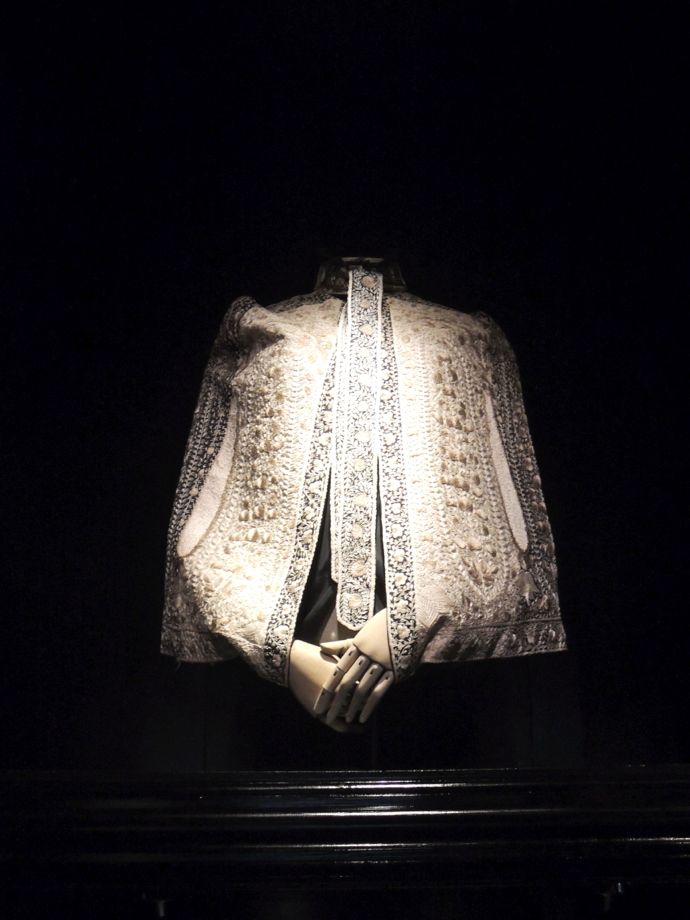 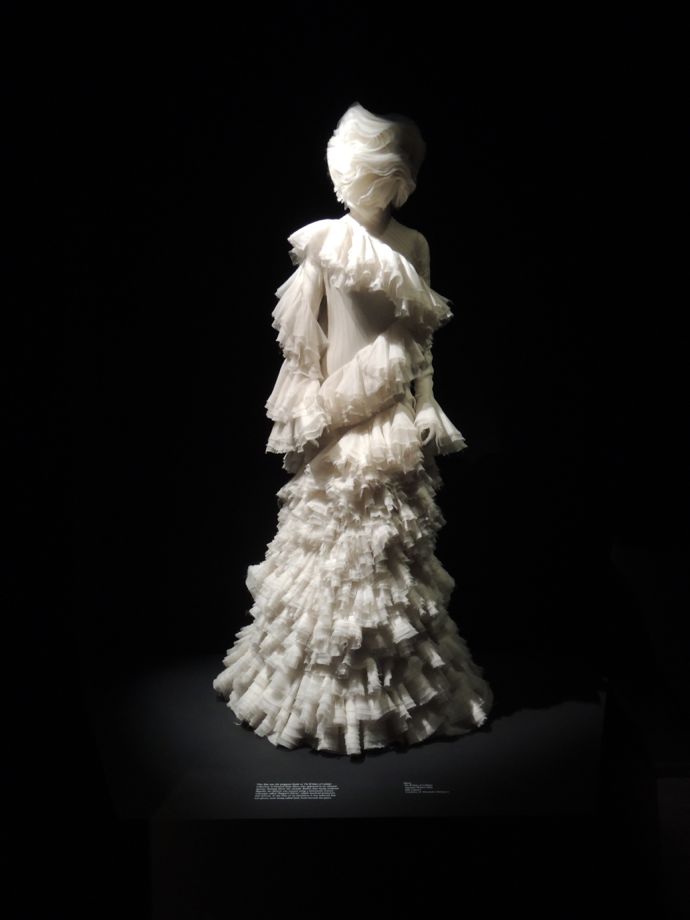 Dress from The Widows of Culloden A/W2006 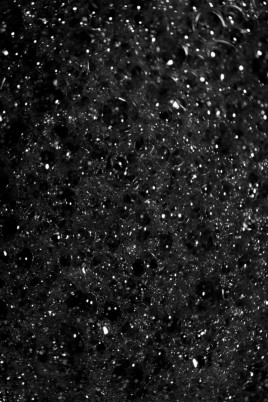 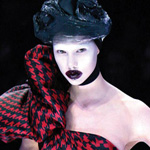