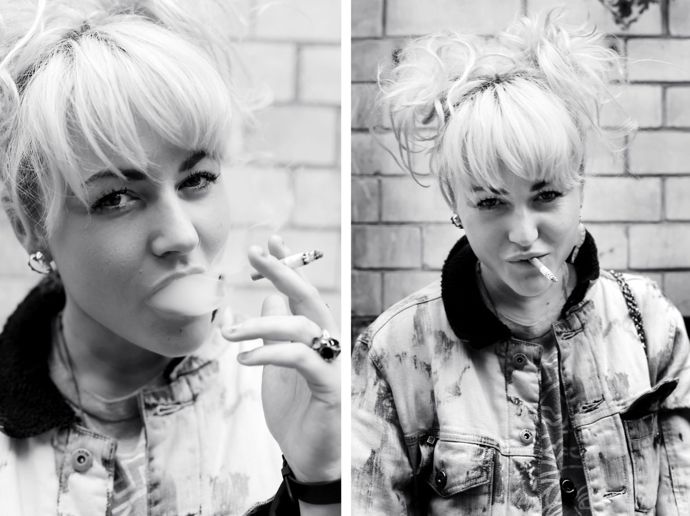 Zoe Hitchen has already started to make her mark on the fashion world since graduating from Manchester Metropolitan in 2009. Since then she has worked as a first assistant to Nick Knight at SHOWstudio and now works under the name of {Un}titled as a filmmaker, photographer and a creative director. Hitchen was nominated for young fashion photographer of the year in 2009 and has been named as one of photographer Rankin’s ‘Dig the New Breed’ of Fashion Filmmakers in 2012. Hitchen regularly contributes to fashion magazines and also works as a part time university tutor at Manchester School of Art. In 2012 she had her first solo directing debut, working alongside designer Charlie Le Mindu. This was hugely successful, it was screened at London and Paris Fashion Weeks as well as being shown and nominated at the La Jolla Fashion Film Festival in California, Berlin Fashion Film Festival and Diane Pernet’s festival ASVOFF 5 at Centre Pompidou, Paris.

Volt Café: Where did your love of fashion film and photography come from?
Zoe Hitchen: I genuinely don’t think I ever had an epiphany moment. I apparently had my dad’s broken Polaroid camera and I used to take imaginary photos with it as a little girl – that’s the classic story – but I think I was more interested in the noise it made when you hit the shutter button to be honest. I used to love drawing and I still do, but I think my love of photography came from my impatience – I wanted to capture what I saw instantly. A photograph was quicker than drawing. My love of fashion film originated from discovering SHOWstudio while I was at university where I used to watch the live streams of Nick Knight‘s shoots. I was fascinated by it all and I had never seen anything like that before. I didn’t really know much about the fashion industry, but all I wanted to do was be in that studio and behind the camera filming what I saw as moving photographs. 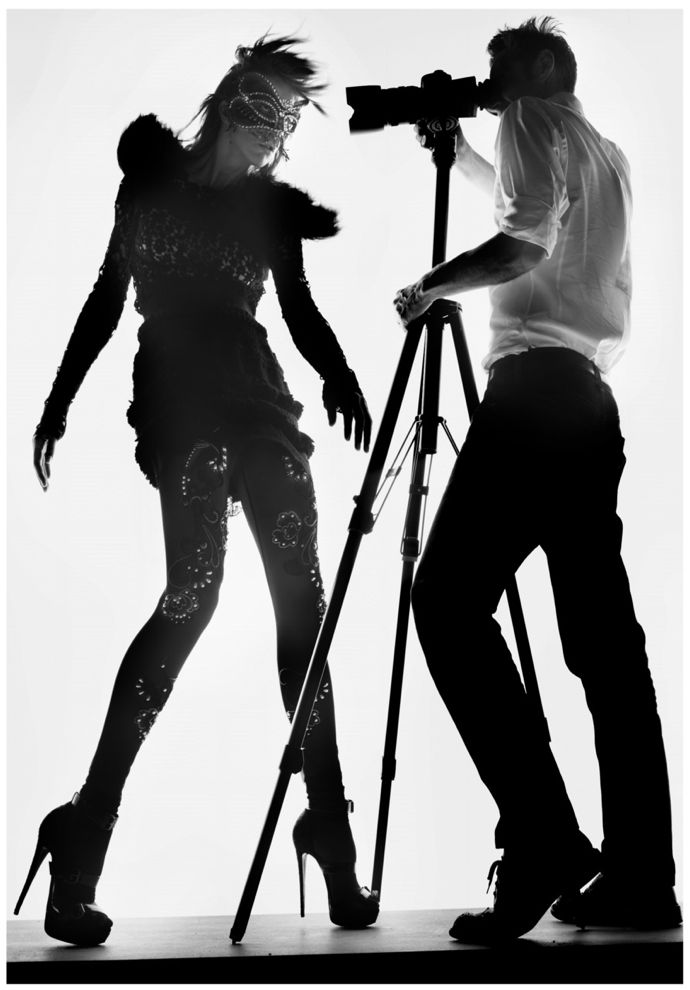 VC: If you weren’t doing this, what would you be doing?
ZH: I nearly went to read Philosophy at Durham University after my A-Levels, but I decided to follow my creative path and took an Art Foundation.
My alter ego loves the countryside and the mountains, so I when I’m not doing this anymore, I’ll hopefully be living like Beatrix Potter in the Lake District with my dog, writing my memoirs of the fashion industry!

VC: What inspires you?
ZH: Sometimes clearing your mind is the best inspiration – it helps you focus. My favourite place to escape to is the remote Isle of Skye in Scotland. However, I have to admit that’s quite a journey, so in London, I find my escapism in art galleries, especially the National Gallery. I like to just sit and get a bit lost in all the art. Also, I can be in old, independent bookshops for hours, just rummaging around dusty books. I seldom watch films, which is ironic, I know. I also get inspired by drawing.. or doodling I should say!

VC: Who do you most look up to in the industry?
ZH: That’s a hard question. I wouldn’t say I ‘look up to’ any particular person in our industry, more that I have an admiration for their work and contribution to the arts. I look up to my friend who is a Paediatric Cardiologist – I always think about her job and especially on the days when I think mine is ‘stressful’. I don’t save anyone’s life. 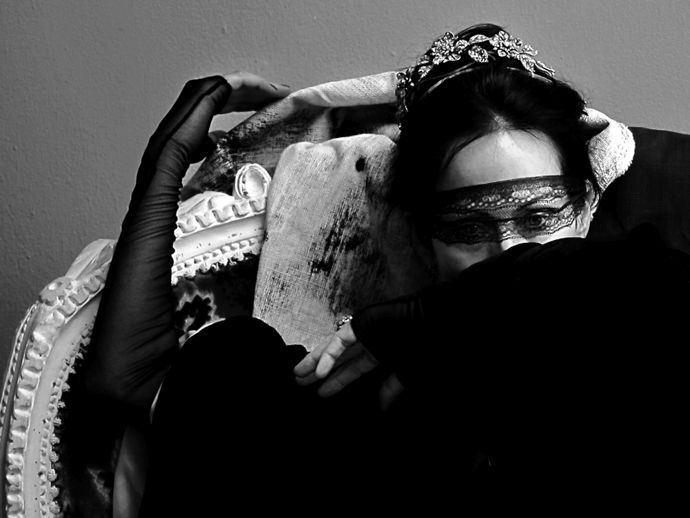 VC: How would you describe your aesthetic?
ZH: I don’t intentionally strive to have any particular aesthetic. I like to constantly develop visuals and keep the creative process as organic as possible from project to project. I love experimenting! I have to admit, having trained as a Graphic Designer and Art Director, I’m sure that subconsciously influences all my work.

VC: How does the collaborative process work for you?
ZH: I’m interested in the concept of ‘play’, which I see as creating, making things happen and reacting to the moment. Picasso said it took him a ‘lifetime to paint like a child‘, and I try to remember this sentiment in my own work. I love collaborating, it’s far more exciting to see the world through the many eyes and imaginations of other people. The best thing is ending up at a destination none of you would have arrived at on your own. That’s what makes things quite magical when you work with a great team of people who put all of their energy into creating something. For me the collaborative process should be organic and everyone is important in the process. Keep your eyes open, or you’ll miss the magic!

VC: Who would be your dream team to collaborate with?
ZH: I really would be dreaming, as I’d love to dream collaborate or even just sit down and chat with Walt Disney and Dali! I dream to do more cross-disciplinary collaborations, not necessarily just stay within the arts.

VC: Your client list is very impressive – what has been your highlight so far?
ZH: That would have to be the fashion film for Charlie Le Mindu. This was my first solo venture after leaving as First Assistant to Nick Knight at SHOWstudio, so I’ll always remember it. I worked with the most wonderful team of people and the film stood for much more than simply the end product of a creative process. The film then travelled in 2012, as it was invited to many international fashion film festivals, needless to say it brought more laughter and memories to attach to it.

VC: What would you tell yourself if you could go back before you started?

ZH: All that glitters is not gold!

VC: What’s next for Zoe Hitchen?
ZH: I am currently shooting and busy editing fashion film projects for the upcoming London Fashion Week.
I have also just started working as an Assistant Lecturer at Manchester’s School of Art.
The year ahead is exciting, as I am launching a new project called #STUDIOsomewhere, so keep your eyes peeled on my blog and twitter for updates. 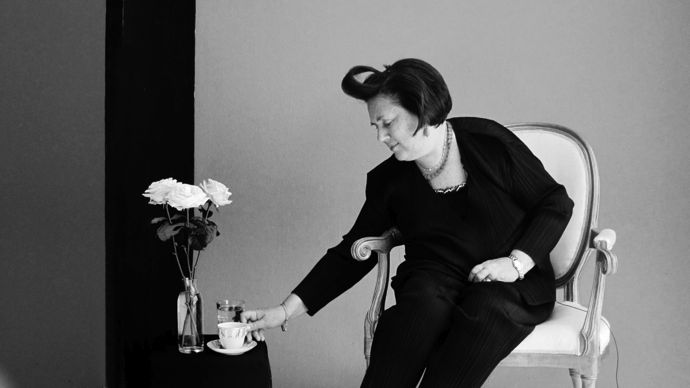 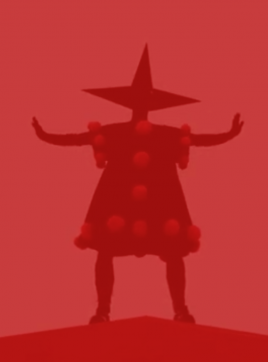 No pumpkins, witches or black cats but instead five haunting fashion films, which will both delight and scare you senseless. For this Halloween Veuve Clicquot has produced a very stylish and glamorous Halloween experience in collaboration with photographer and SHOWstudio founder Nick Knight. ‘A Beautiful Darkness’ is a nod to freedom of expression around Halloween, […]

Africa Remix is a collaboration between Charlie Le Mindu and Gallery Lafayette. A ‘free’ project which gave the opportunity to transform a fashion editorial into 3D. Charlie Le Mindu brought the shop mannequins to life by presenting them in playful designs of radiant colours, prints and textures. Le Mindu, who has often been inspired by […]