The 23 year old New Zealand born singer Willy Moon, who has recently released his latest album, looks glorious on our 420×345 cover of Volt 13. This whip-smart boy with a tinder-dry sense of humour is a talented artist who writes, records and produces everything on his own.
“There’s no middle ground.”, says the facebook profile about his style, “It’s as if rock’n’roll had been deep-frozen in 1965, just before the Beatles discovered acid, and abruptly reanimated 45 years later by a laptop hip hop producer.”
And in case you didn’t notice it, Mr Moon is a rather photogenic and stylish subject in front of Andy Eaton’s camera in Volt 13. Right now Volt Café is offering you one and a half minutes of pure amusement and dance featuring the talented Mr Moon. Fly us to the moon, Willy!

VV Brown, singer, songwriter, producer, record label owner, model, presenter, fashion designer and entrepreneur returns to the stage this summer. With a look and sound that’s more mature and authentic than before. Her new album, ‘Samson and Delilah’, will be accompanied by a series of short films produced by VV herself in collaboration with the […] 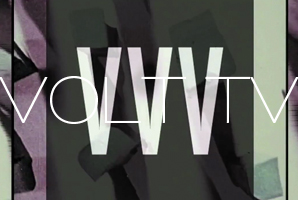 Pouting...haughty...shades of Bridget Riley...McQueen, Fred Butler, Kim Choong-Wilkins. All this and music by Willy Moon.