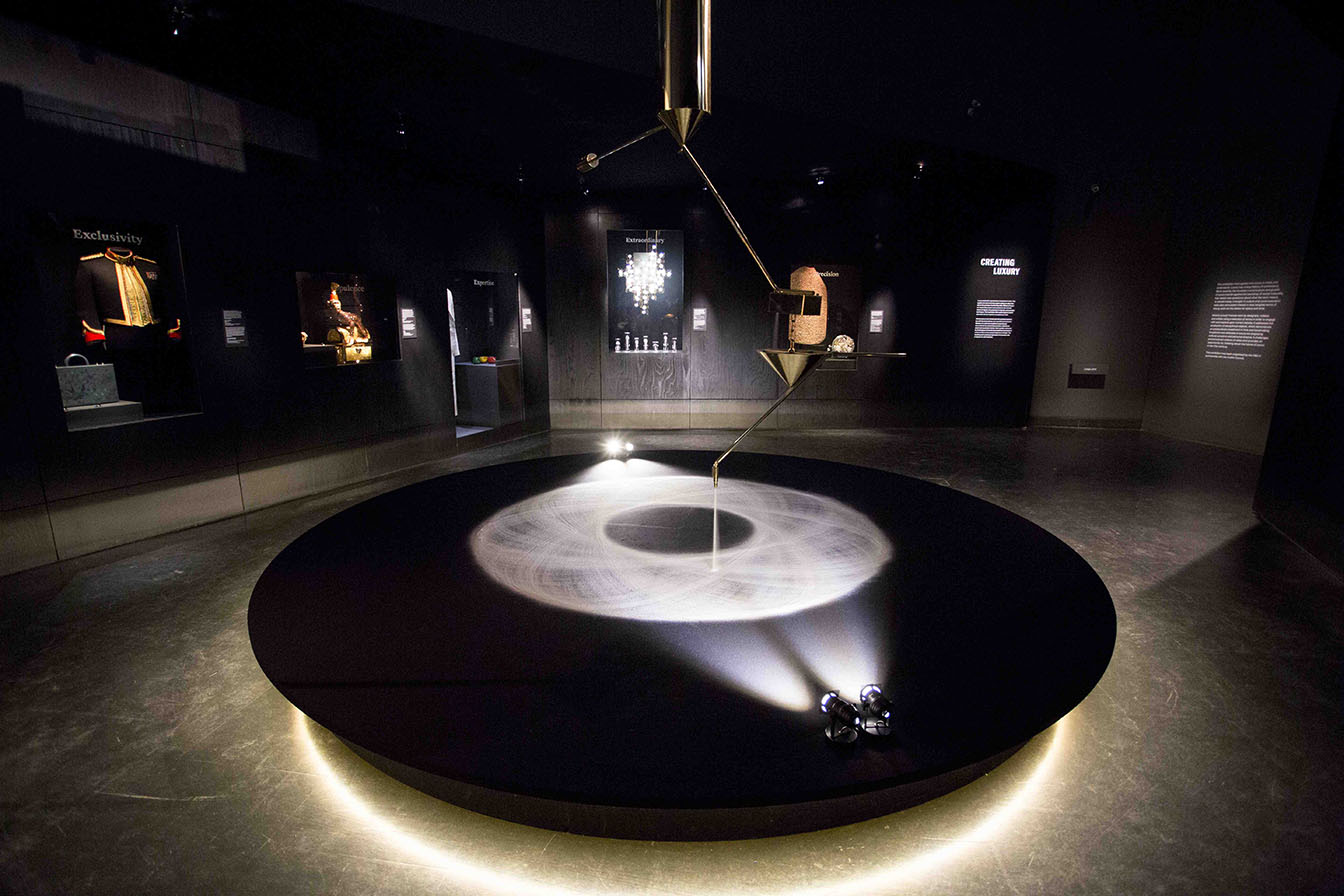 It’s quite rare to see contemporary objects placed alongside centuries old ones in an equal light, but What Is Luxury? does just that. The V&A’s new exhibition interrogates and examines understandings of luxury (both in society and to the individual), the craftsmanship behind it, and its future.

With over 100 objects dating from the 17th century onwards, ranging from a set of vessels by the Unknown Fields Division made out of toxic mud collected from the Rare Earth Elements’ mines in Inner Mongolia, to diamonds made from road kill and a bullet, the V&A examines how society views, displays and addresses concepts of luxury. A beautiful and intricately crafted couture dress by Iris Van Herpen sits alongside a hand-knitted nylon necklace made of 1000 pieces (the effect is not too dissimilar from bubble bath) by Nora Fok as well as an elaborate Indian howdah from 1840 displayed alongside a tea set from the early 1900s. 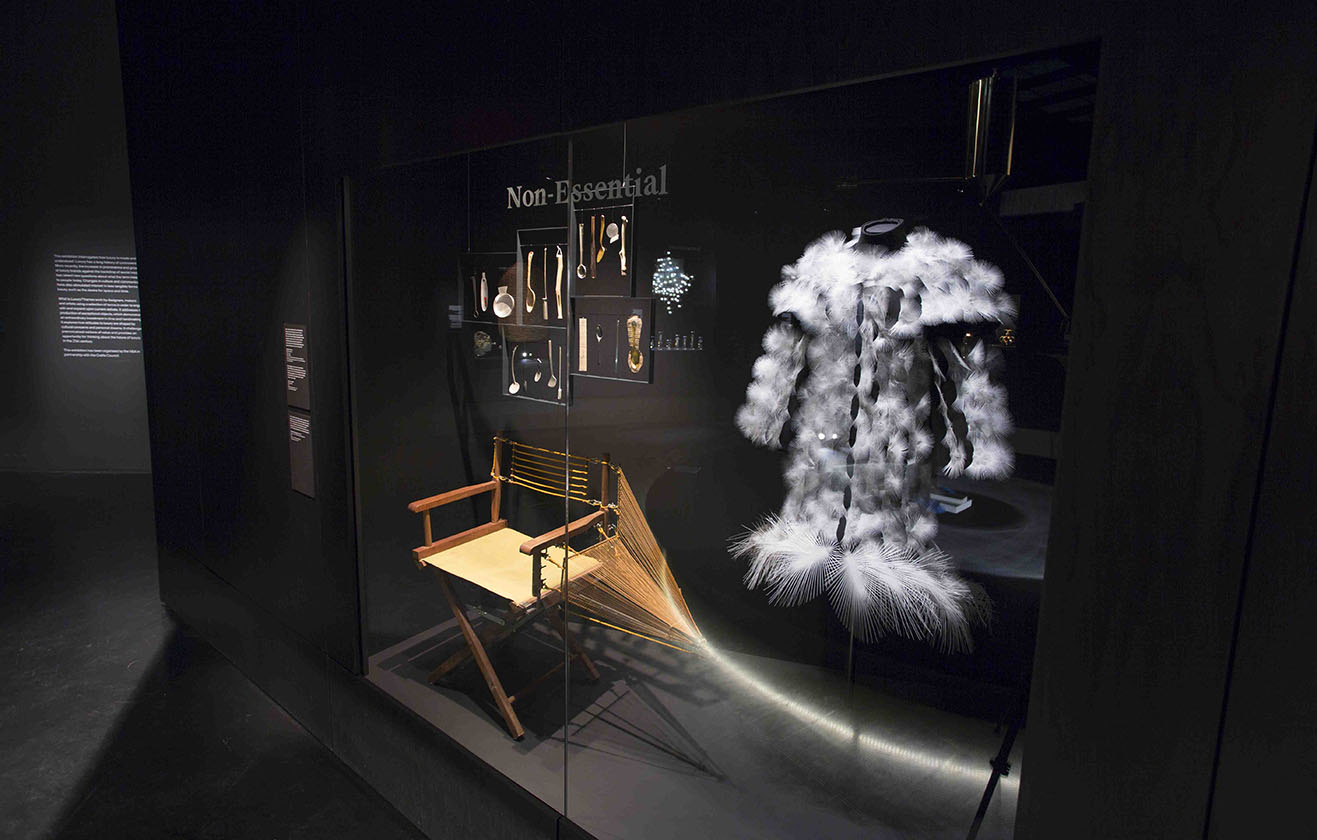 The enigmas of what can and should be considered luxury is examined through the three sections of What Is Luxury? By asking questions about what luxury means to individuals – examined by labels such as precision, opulence, exclusivity, passion, authenticity and legacy – the V&A exquisitely examines what an object needs to be deemed ‘luxury’ in the 21st century.

A stop-motion animation film forms the final section of the exhibition; the immaculately executed ‘The Last Man’ questions the idea of aesthetics, improving and destroying objects in the quest of creating a true ‘luxury’ object.

What it means for an object to be luxury is an individual decision, but What Is Luxury? demonstrates how an ecclesiastical golden crown and Barcia-Colombo’s DNA Vending Machine (a comment on how our biological data is no longer personal and unique to us) can both be equally considered luxury and sit by side in harmony.

What is a clear link between all the objects on display is that the objects are all intensely laboured-over for days, months and years. Perhaps time is the greatest luxury. The V&A has left you to decide. 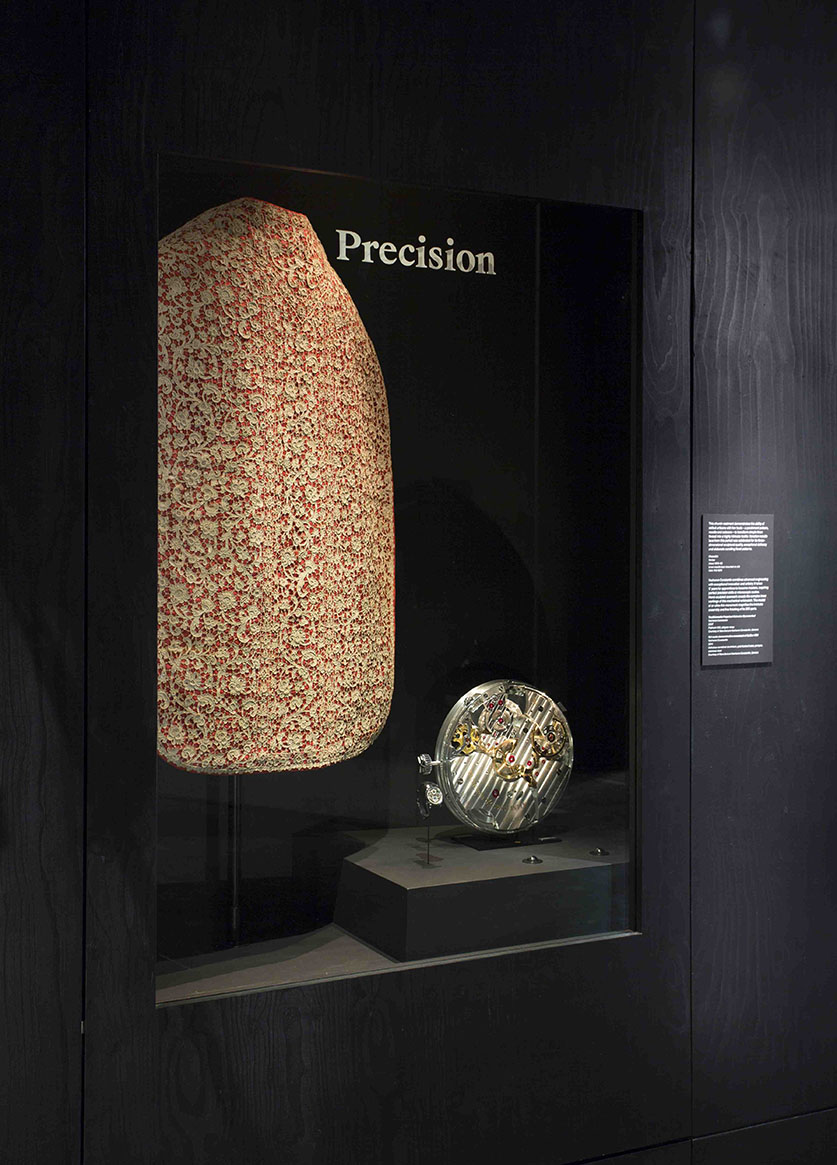 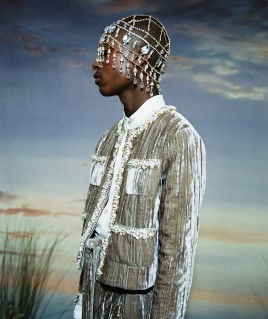