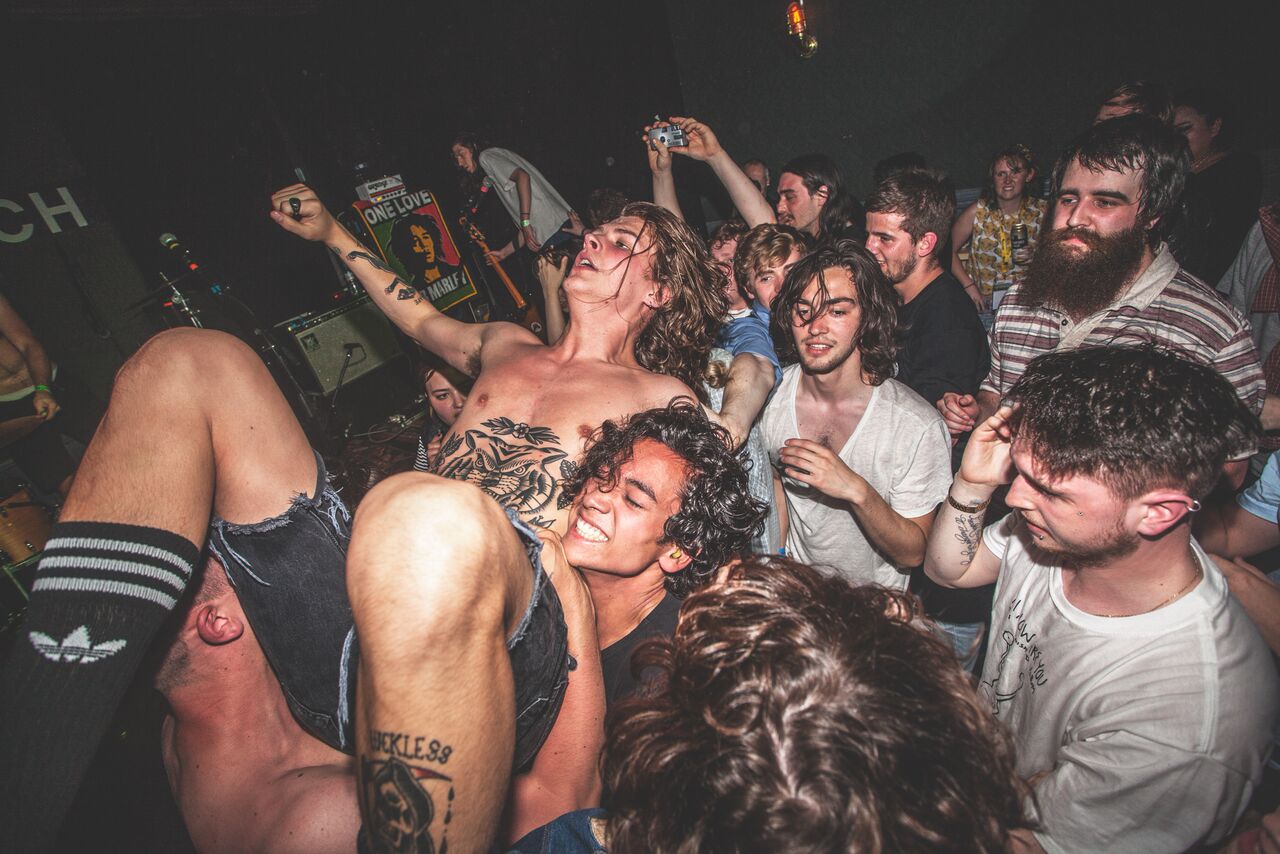 The Great Escape festival in Brighton was the perfect festival for those who love new music and bands.

Showing more than 300 acts, from The Maccabees playing the last main line-up set of the weekend, Bloody Knees smashing Bleach Brighton and sunny indie-rockers Sundara Karma debuting new material at Concorde 2 down by the beach, there was something on almost 24 hours a day. It was thrilling; the perfect festival for new music lovers, those who hate camping, everyone who loves Brighton and anyone up for some seaside song loving.

While VC didn’t manage to see every band we wanted to at the festival, here’s a little round-up of VC’s favourite acts from that fantastic weekend. 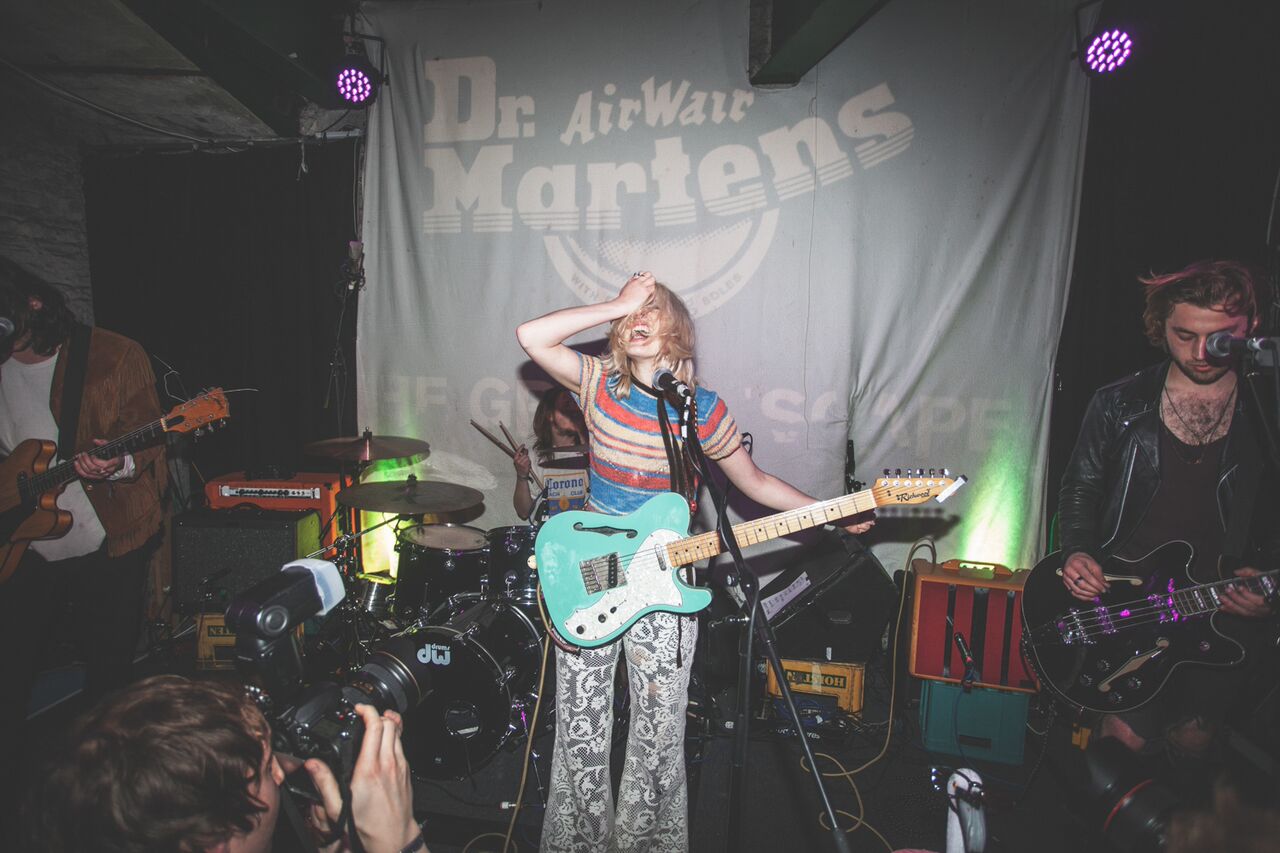 Black Honey
Featuring a Debbie Harry-resembling, Courtney Love-spirited front girl and a super stylish band to boot, Black Honey was THE only option on Thursday night. Playing at The Green Door Store, they tore through their set, ending with Izzy smashing her guitar on the floor. Was that meant to be the end of their set? Who knows. But regardless, Black Honey’s music magic blew up with tracks like Madonna and Spinning Wheel. With incredible vocals, blazing guitar riffs and spell-binding basslines, Black Honey are the ones to watch this summer.

Palace
For sultry rock-blues with twanging guitars and smooth vocals, there’s no better band than Palace. Making waves with their relaxing but rock-spirited rhythms and unique blending of bass and guitar made for a special gig. Calming and surreal, but rocky and ferocious, I Want What You Got was an instant crowd-favourite.

Sundara Karma
Who knew four boys could make music so sunny and spiritually enlightening? Reading-based Sundara Karma, who also happen to all be incredibly well-dressed, feature incredibly unique vocals to match the mind-bogglingly good rhythm section. Loveblood, Freshbloom and Hustle were all crowd favourites, but not a single song in Sundara Karma’s set list disappointed. Oscar on vocals delivered his lyrics with such intensity you couldn’t help but get completely sucked in by their magic. Expect big things from these guys. 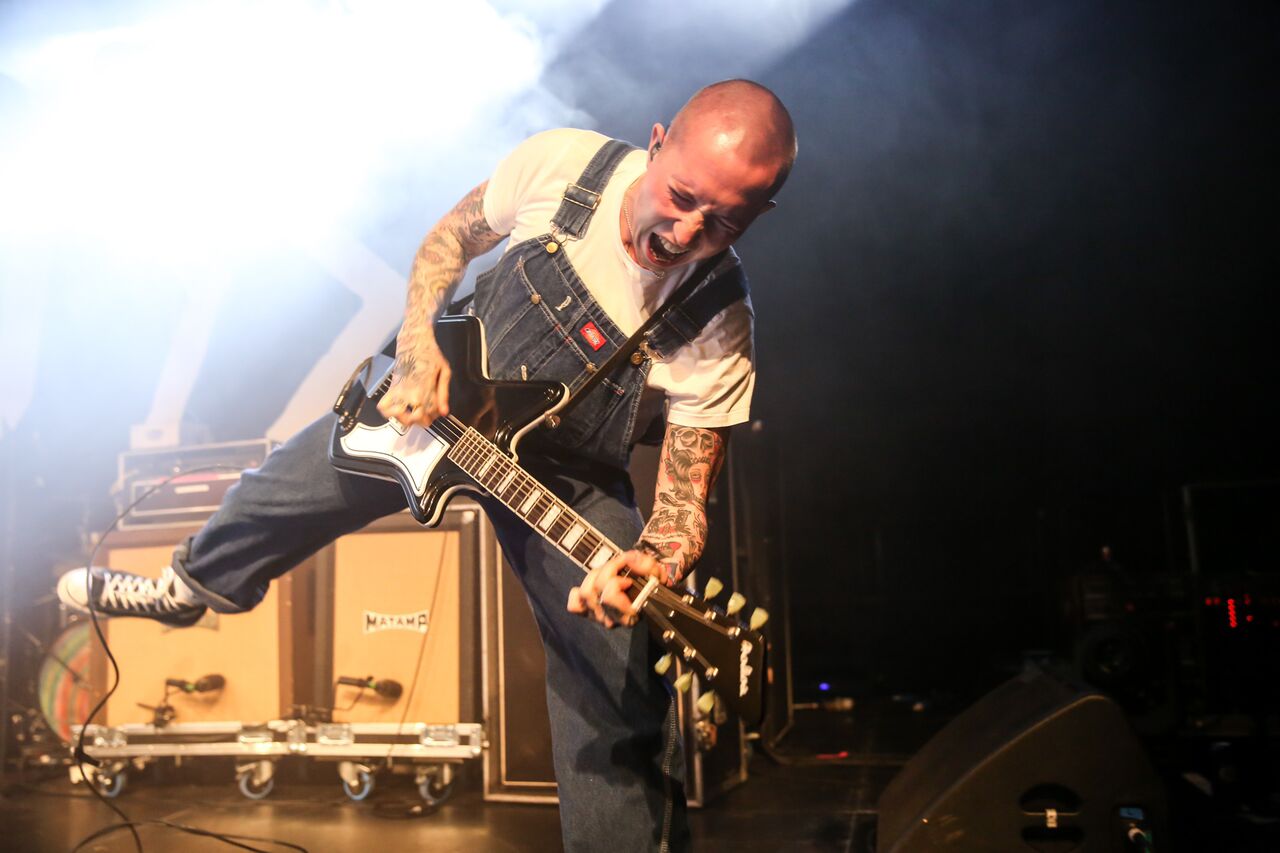 Slaves
Festival favourites, these two revellers from Kent have decided to bring proper punk back to the UK. Drumming while standing up deserves a medal if you ask us. Bringing out a friend dresses in a manta ray costume who then proceeded to dive and ‘swim’ in the audience was decision made by a comedy genius. The duo tore through their set, filling the Brighton Dome’s Corn Exchange to the brim with their mind-blowing drum beats and basslines.

Swim Deep
Far removed from their debut album’s sound, Swim Deep’s new material is psychedelic, electronic and slightly twisted. Gone are the days of lovey-dovey, slow melodies and lyrics, which have been replaced with a lot more keys and psychedelic sounds. With Austin Williams on lead vocals tearing round the stage, and new addition James Balmont jamming away at the back on keys, the whole band’s individual sounds and instruments meshed together better than ever before. 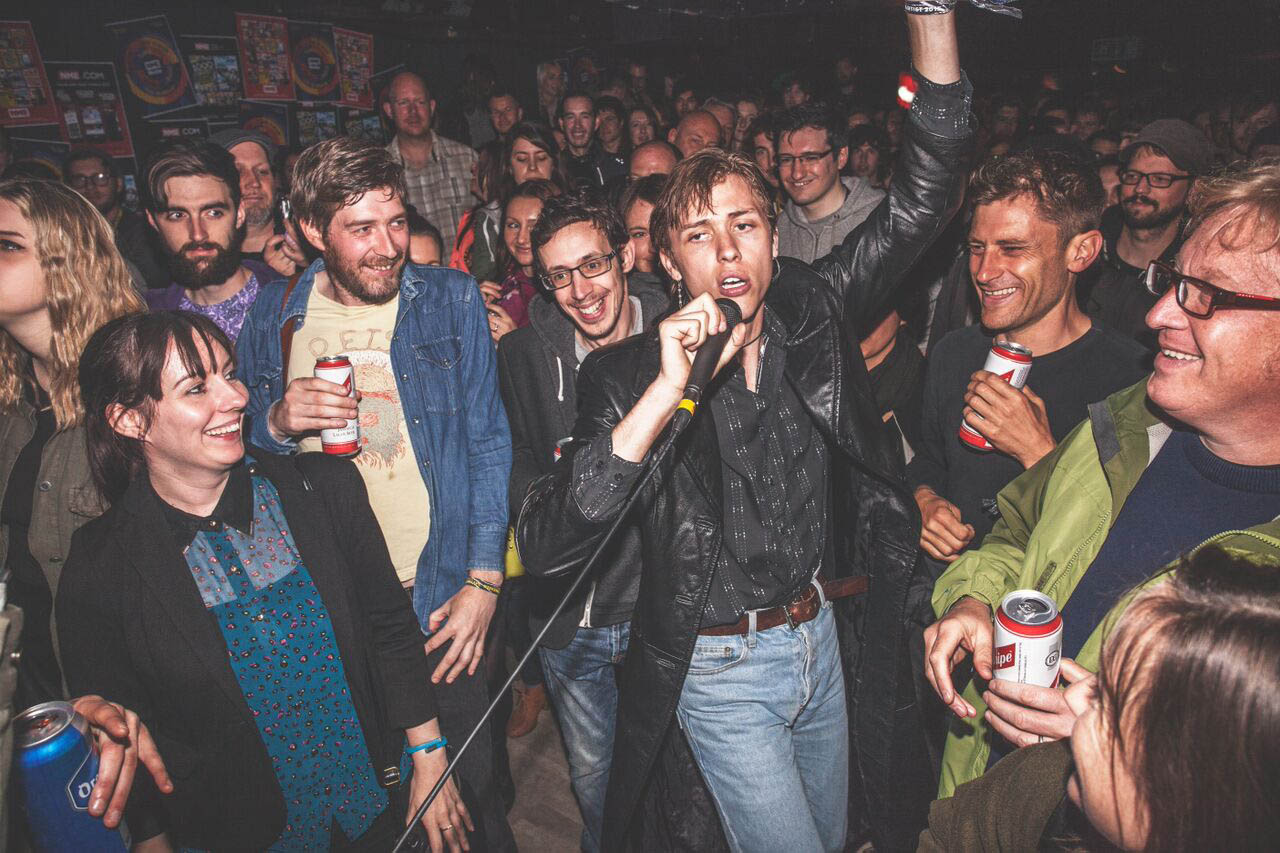 The Gardens photographed by Chris Bethell

The Garden
Transported to the Shears’ twins VADAVERSE were the crowd who went to see The Garden. A total electric and inspired performance from these musically talented twins featured riotous bass and drums. Fletcher was leaping off anything he could find, be it his drum kit, the DJ booth, or the walls, while bassist Wyatt prayed on his knees to the VADAVERSE. Inspiring,

We also managed to catch a few more bands, including All Tvvins, Baby Queens, Neon Waltz, Baxter Dury, Venice Trip, Bad Breeding and Girl Band. Check back at the end of the summer for our FESTIVAL ZINE where we’ll be rounding up festival season.

Next year’s Great Escape will take place 19-21st May, and Super Earlybird Tickets are already available. 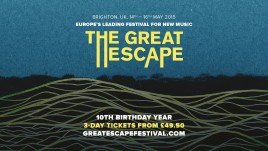 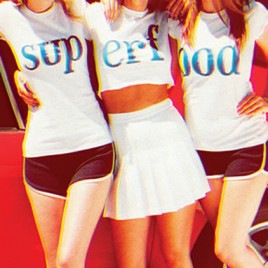