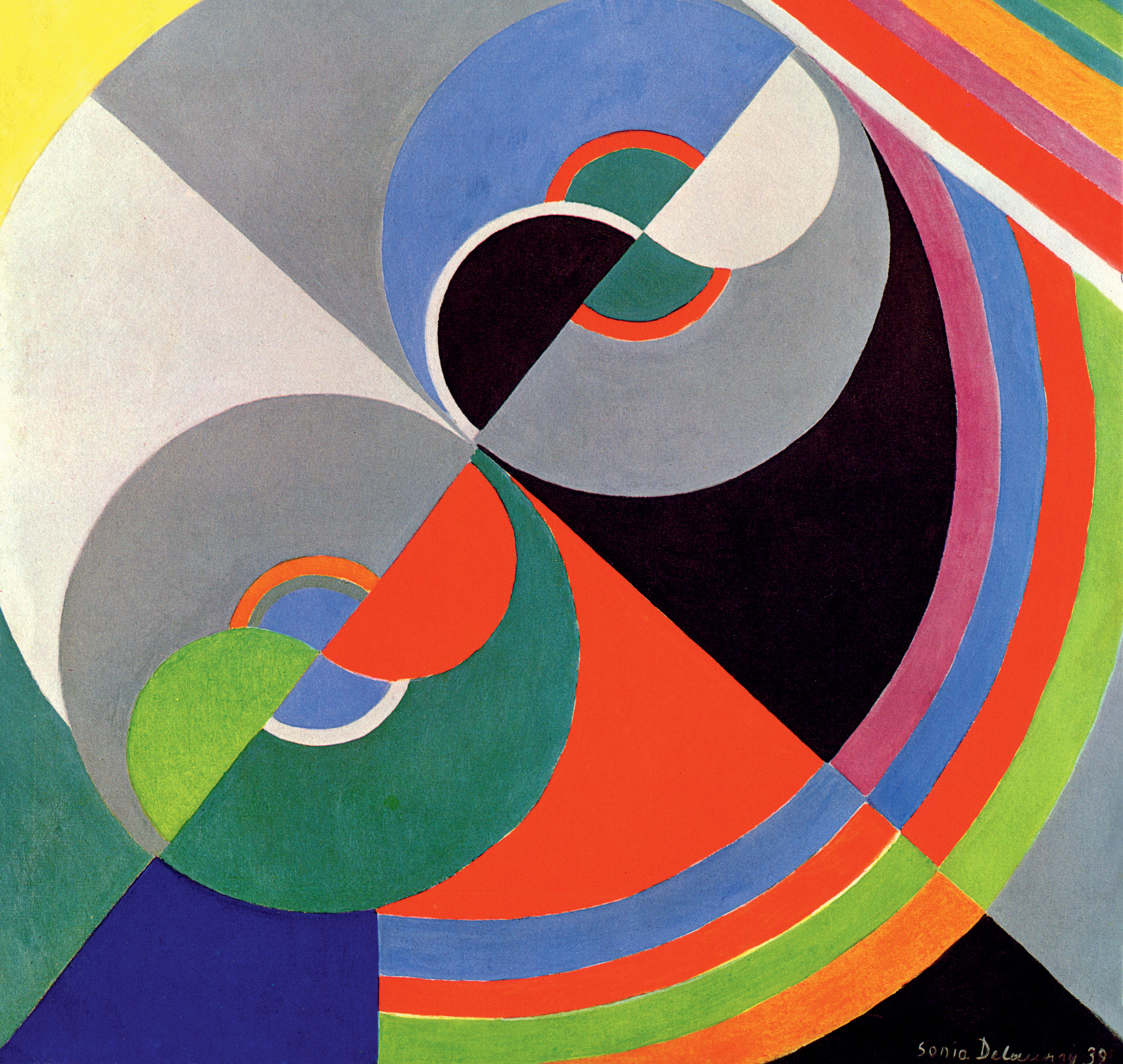 If there’s a woman who can define abstractism with her work and has an innate ability to harness the simple power of primary colours, it’s 20th century Parisian avant-garde artist Sonia Delaunay, whose world-renowned art is currently at the Tate Modern.

Highlighting her talents in a multitude of mediums, particularly painting, fashion and design, the exhibition focuses on how in tune Delaunay was, with her own artistic ability as well as the changing world around her. Her talents extended so far that she invented a whole new painting concept and style: simultaneism, which is explored in depth in the exhibition. She was so in touch with the changing world and technological advances surrounding her she could even take inspiration from the development of electric street lamps and the trans-Siberian railway (particularly for her murals Motor, Dashboard and Propeller for the 1937 Paris international exposition). 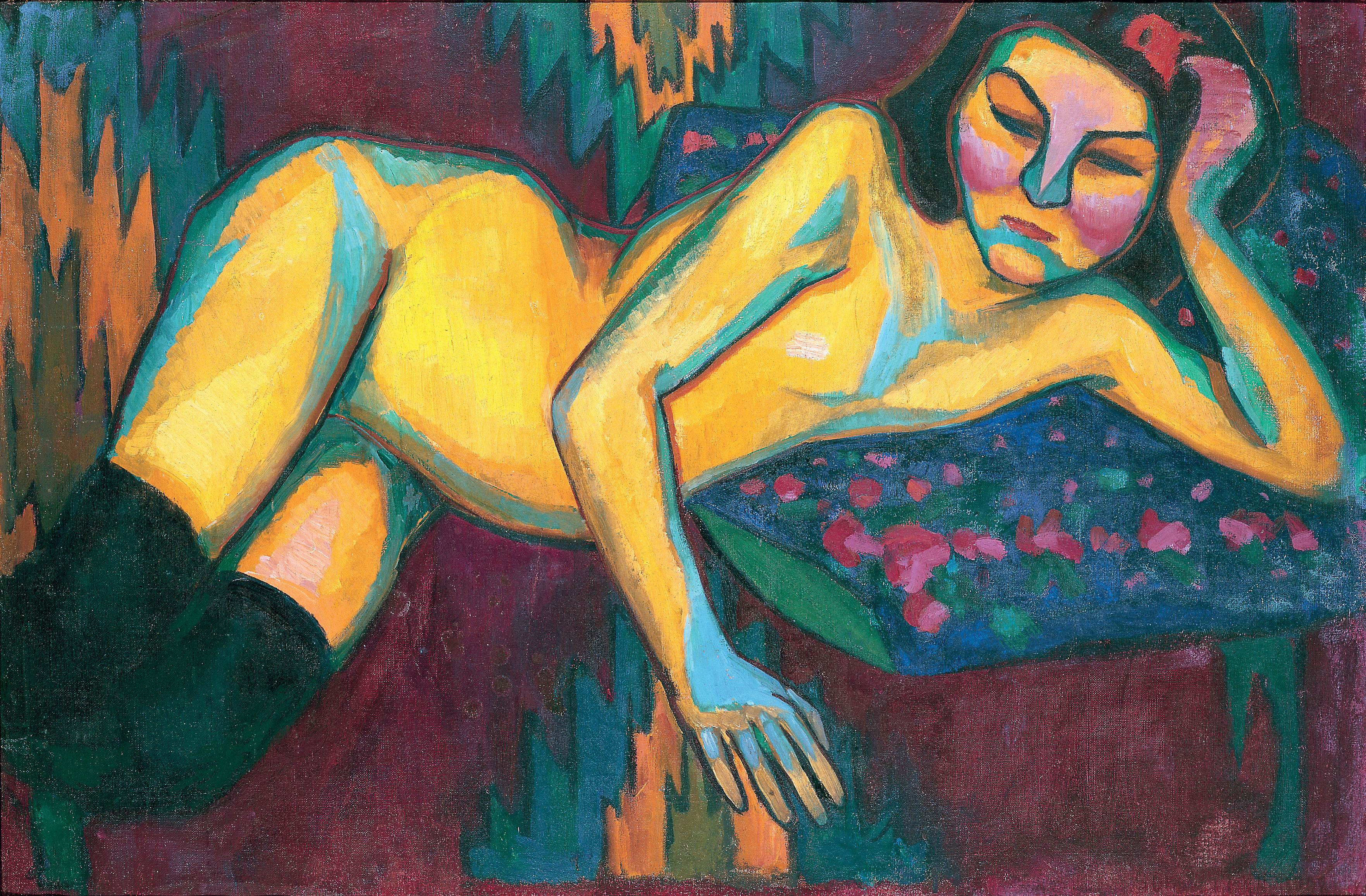 Her influences are made clear; after a childhood in Russia, time in Spain (where she developed a fascination with flamenco dancers who she regularly painted) and Portugal, she harnessed her experiences and knowledge of European cities in her use of colour and design. The use of primary colours is integral to her work, and particularly towards the end of her career she paralleled undulating colourful semi-circles with stark black blocks to create deeper dimensions. 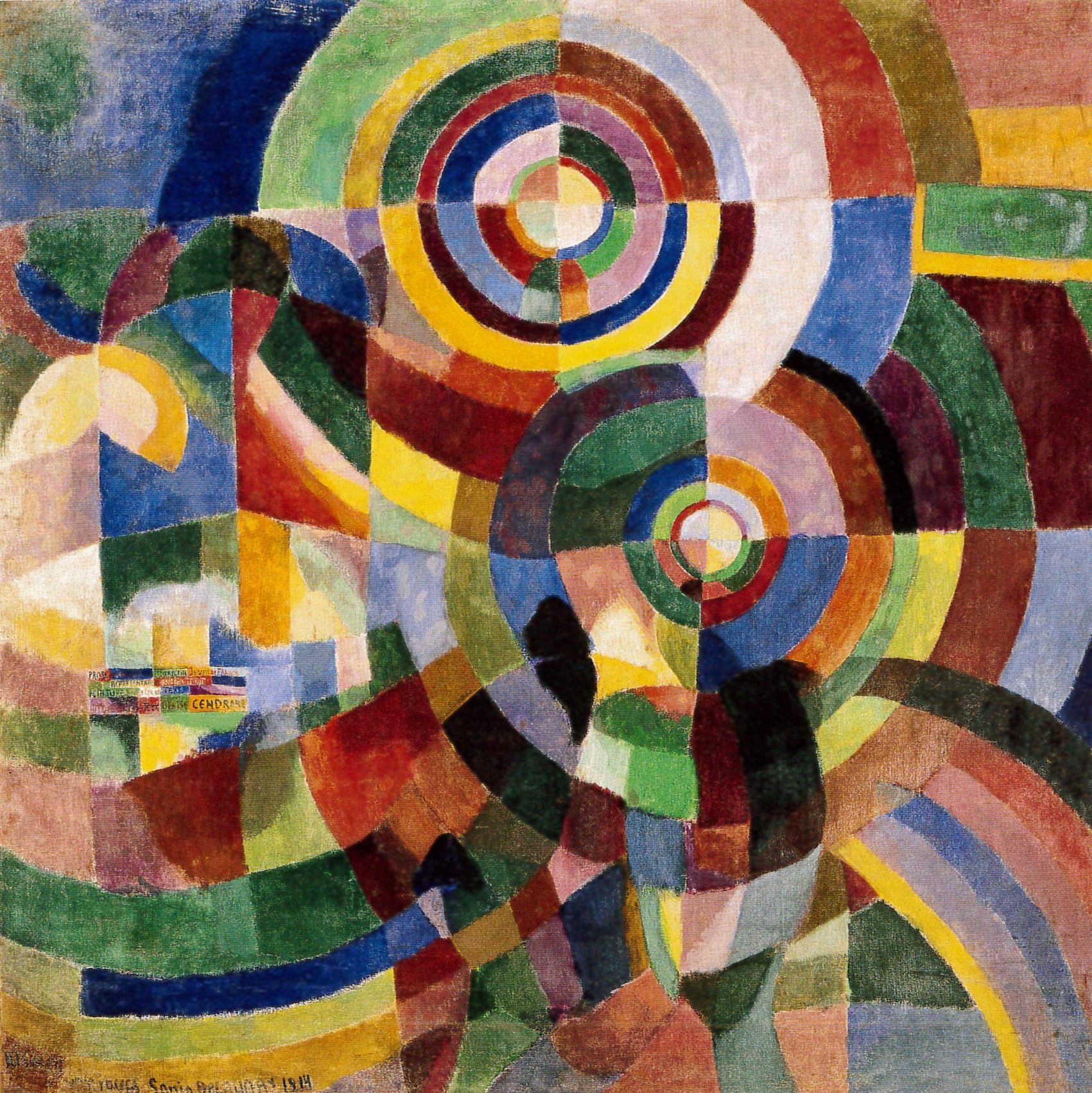 Delaunay was not only a talented painter; she was also an exceptional designer; her Atelier Simultané was Hollywood starlet Gloria Swanson’s favourite designer and she was a favourite of department store Liberty’s. As well as fashion design, she also ventured into costume and theatre. Working with dance legend Diaglilev, she created daring costumes for the Ballet Russes, bringing her painting aesthetic, with its primary colours and bold lines, to the ballet world. 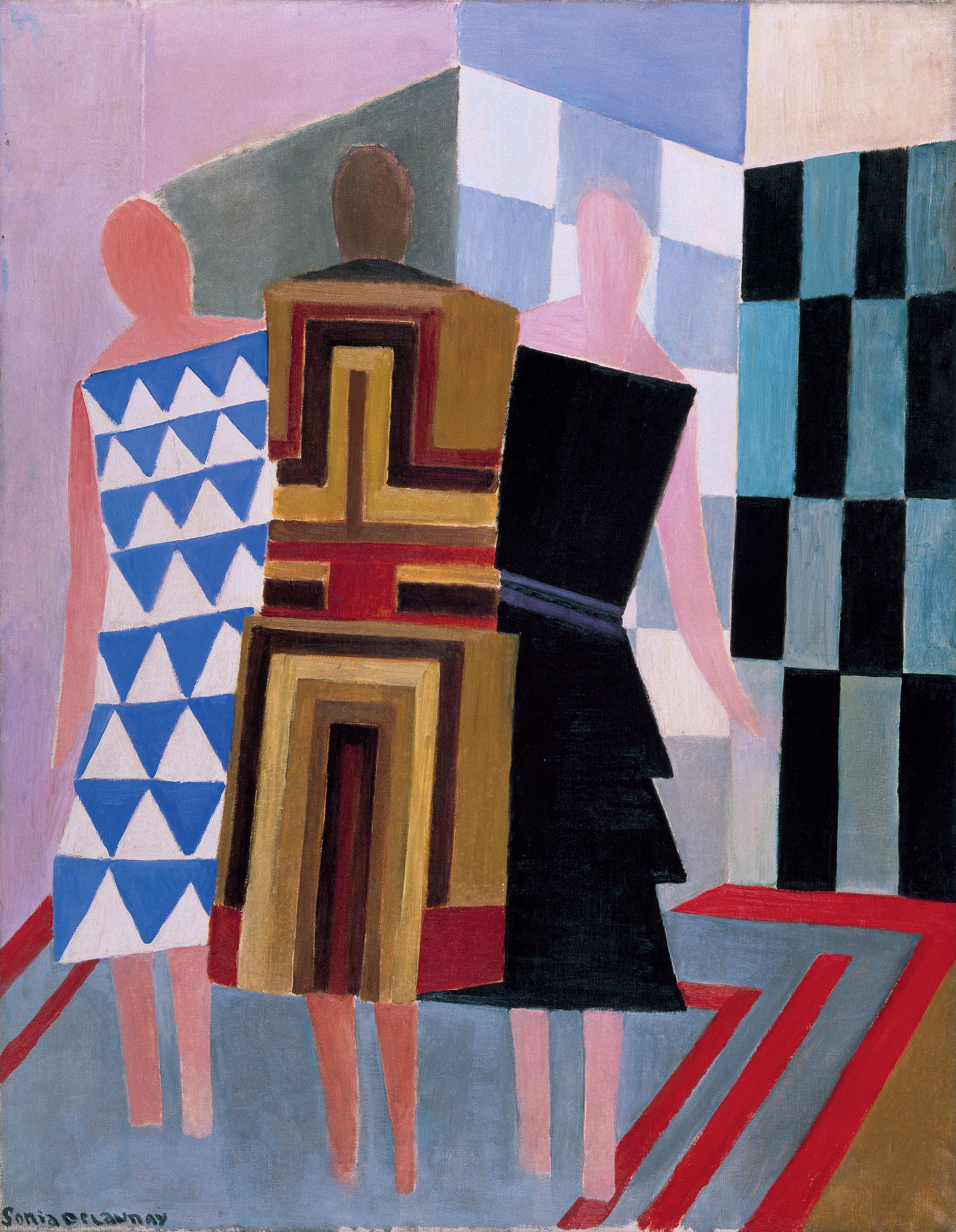 With powerful popping primary colours, swirling circles and unfinished edges, as well as powerful abstractism and enthralling images of ballet costumes, this exhibition is not to be missed.