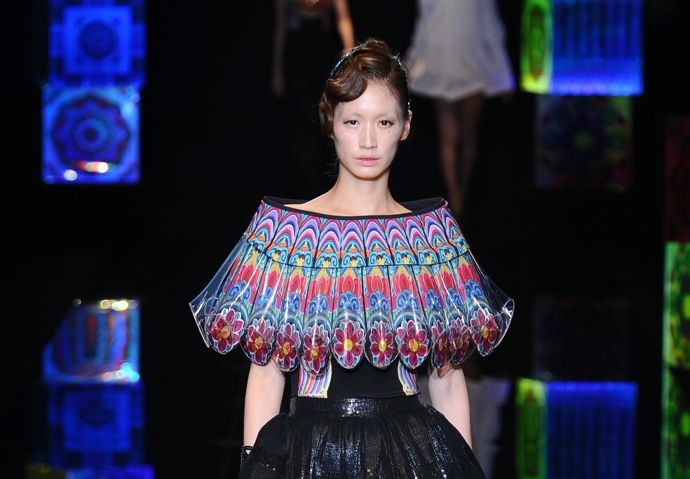 My first time at Seoul Fashion Week, not to mention South Korea. Seoul is relentless. From the minute you hit the long soaring ondulating Yeongjong Bridge that looks just like a dinosaur’s spine which takes you the final leap from the airport to Seoul itself, you know you’re in for a helter-skelter ride. The seemingly inexhaustible sunlight during the day is replaced by equally limitless neon by night; this truly is the city that never sleeps.

Installed on the 11th floor of the Hotel Riviera with all the other fashion hacks (making us absurdly feel like war reporters), we enter the fray on day 2 of the Womens collections. Our ‘connection’, the seemingly tireless yet ever-patient Yurisi has highlighted the shows of interest. To be honest, compared to the multitude of shows at say London or New York Fashion Weeks, one could easily have covered the lot, but we follow her instructions religiously. We even have a translator! This is so cool. And we are escorted in ahead of the throng. Front row every time! So THIS is what it’s like to be Anna Wintour… Tellingly, by the third show, I’ve become very accustomed to this special treatment and have to refrain from stamping feet in irritation when we all have to wait a few extra minutes… Oh the heady thrill of a cloth covered chair w OVERSEAS PRESS emblazoned on it and a goodybag strutting it stuff on the seat! 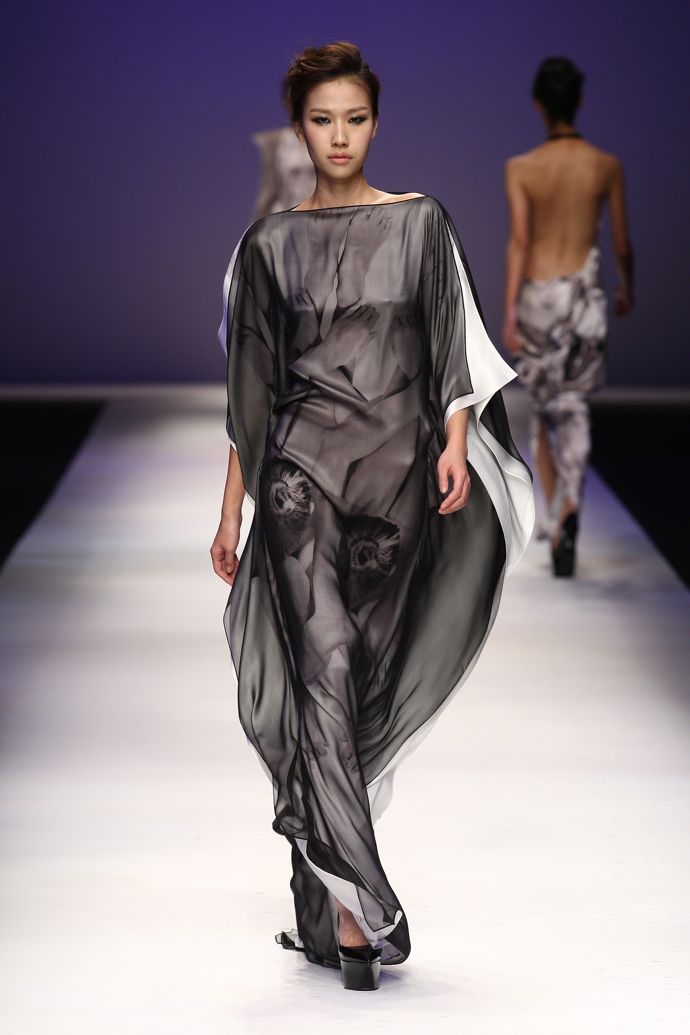 First up is KIOK, who collaborates with New York based young creatives. The show opened up with a short film showing a Madonna lookie-likey (circa 1984) going through the kind of heartbreak that demands chainsmoking and dramatic flouncing about whilst wearing KIOK designs. The collection itself had some nice pieces, notably a very nippy little denim dress and a long floaty black & white printed satin dress with overlaid black mesh. 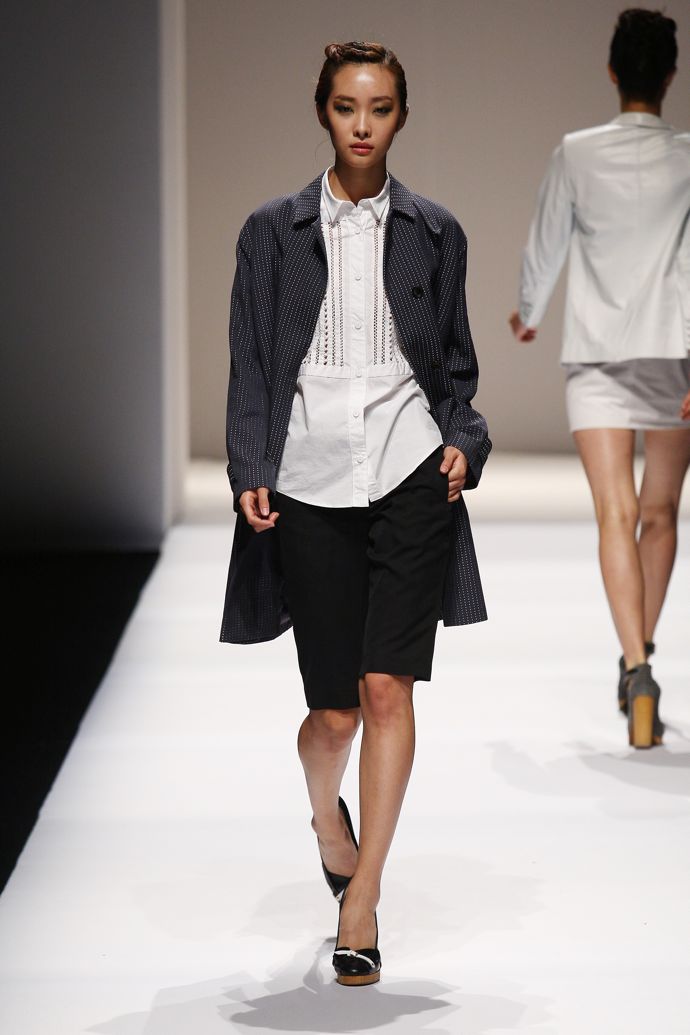 United Bamboo is simplicity itself and beautifully styled. A very competent collection, full of the kind of clothes you know you’ll somehow still wear years later because they are both classic and effortless. Dustercoats, city shorts, skinny bow details and a stonker of a fine-knit maxiskirt. The shoes were awesome, brown wood heels with the inside of the heel clad in bitterchocolate coloured leather embellished with brass nailheads. 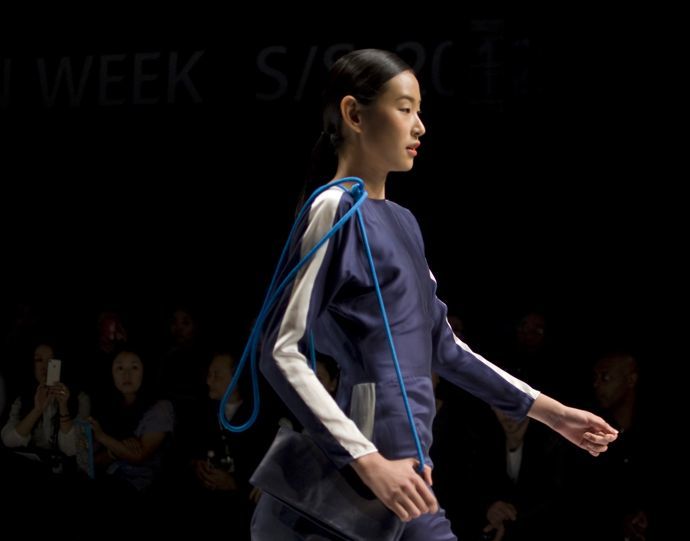 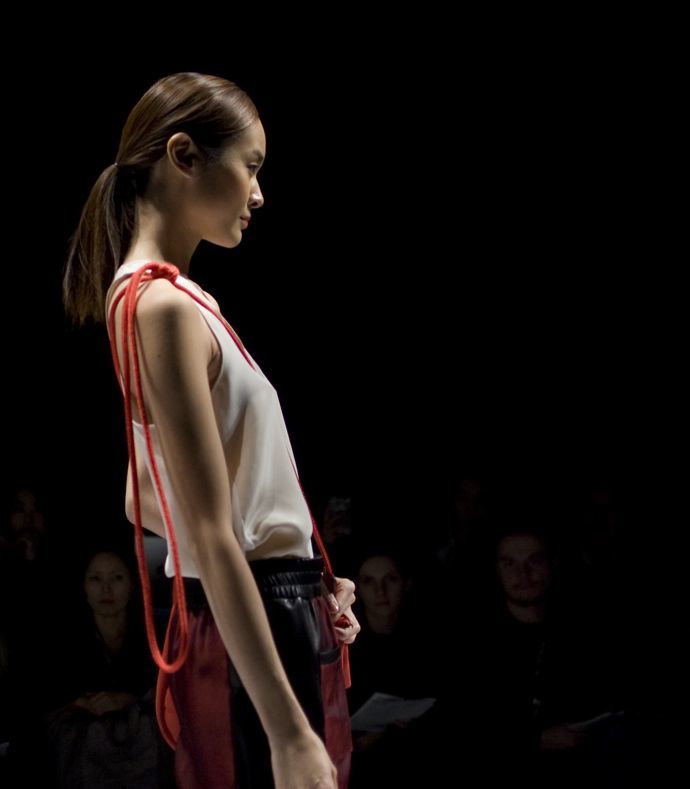 Eudon Choi did an MA at RCA and then worked as a Senior Designer at AllSaints and Twenty8Twelve. The look is understated, modern and meticulously constructed. The colours were delightful, sludgey, dirty yellows, reds and pinks and there were a lot of sportswear influences. The mountaineering rope as bag straps was inspired and the colourways so symptomatic of South Korea. 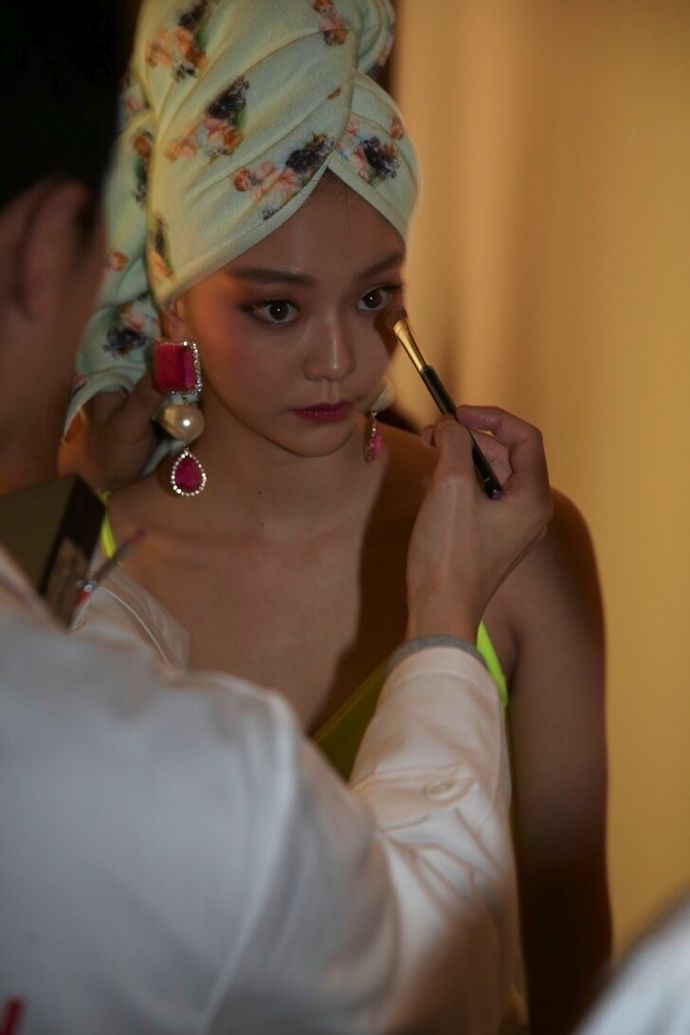 My absolute favourite model from the Pushbutton show! Which was a heady mix of old-style Fiorucci-esque prints, Daisy Mae style overalls, a soupçon of firesale at Miss Selfridges served up with remixed Erykah Badu track and boundless energy. 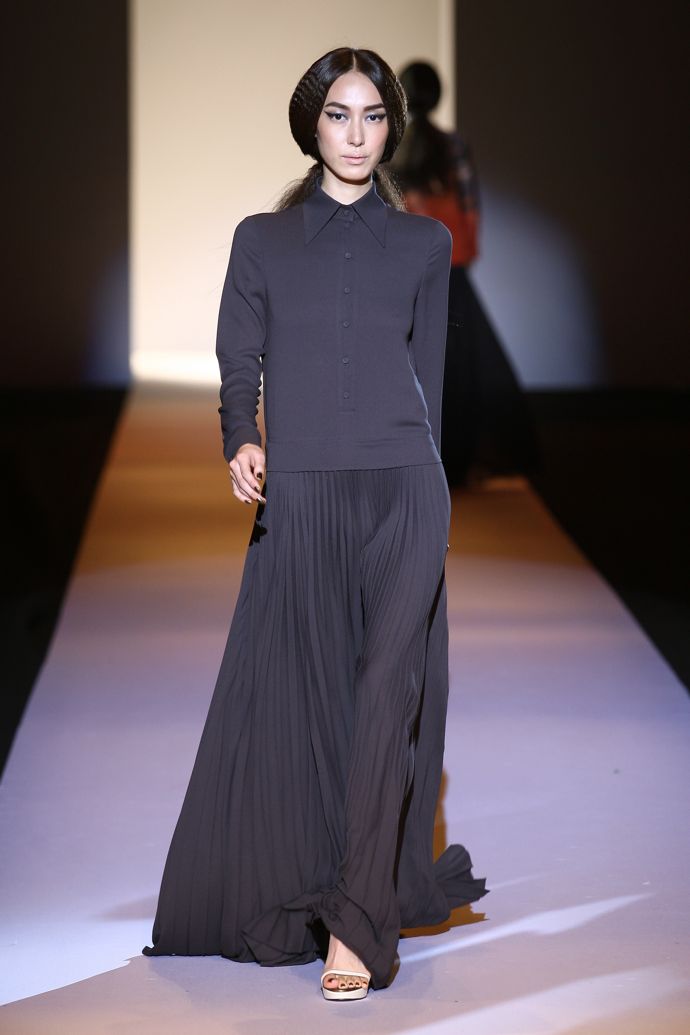 Andy & Debb had used St Tropez as their inspiration and showed both mens and womenswear. Well cast, great make up, their menswear was simple and strong, and their womenswear floaty and feminine in parts and strong and simplistic in others. Their colour combinations verged on Rothko-esque, adding up to an accomplished show. 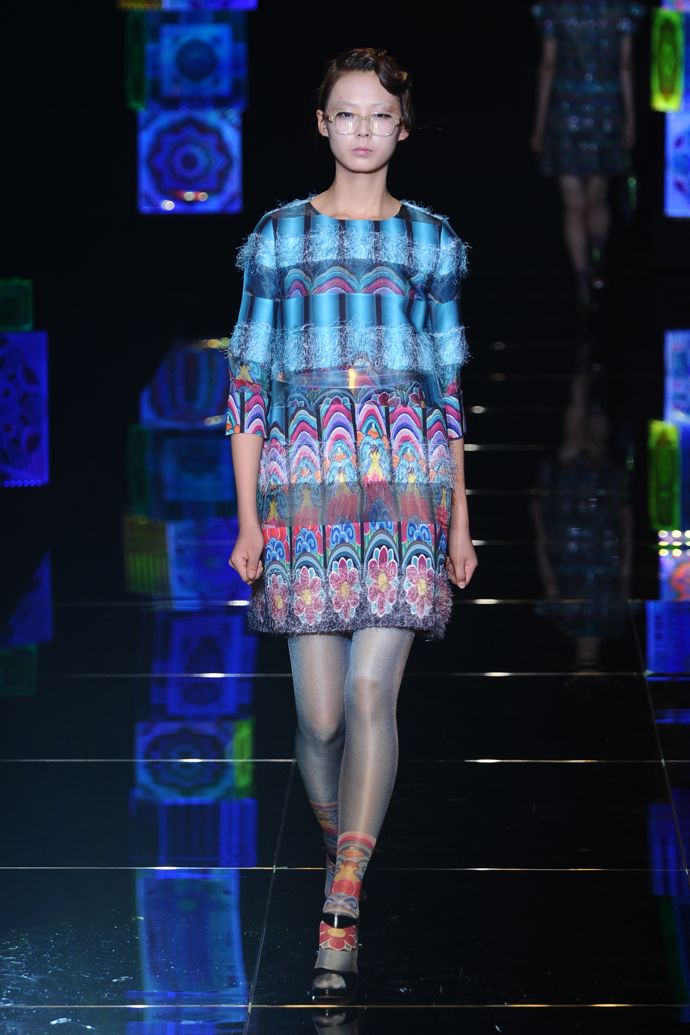 Lie Sang Bong showed a collection with a strong, graphic look in a bright colour palette of blue, pink, purple and lemon yellow. A couture embodiment of the neonscape that is Seoul at night. Luscious!

Many thanks to Seoul Fashion Week 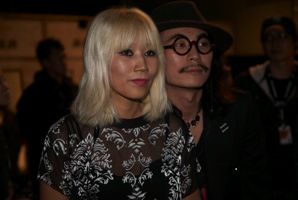 Fashion’s very own homage to a perfect fantasy union of Johnny Depp and Anita Pallenberg, Steve J & Yoni P encapsulate the happy ethos of their designs 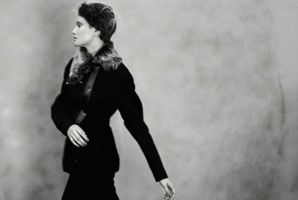