Fashion films may well replace the  traditional runway shows and sooner than we think… After having attended the screening of the films by the talented designers Martina Spetlova, Cristina Sabaiduc and Jayne Pierson during the last day of London Fashion Week, I’m more convinced of this than ever. Each of the 3 films, which were significantly different, told such an engaging story and gave so much more identity to the collections than a runway show could ever have made possible.

The screening kicked  off with a rather abstract piece by Cristina Sabaiduc. The mood and atmosphere of the film refer to an accidental happening in the creative workspace of the designer. Cristina shares her atelier with Jo Holland, an artist who she truly admires, and on just another ordinary day one of Jo’s feathers ended up in Cristina’s salt bath. The growing of crystal formations on this feather created a real striking visual expression. “It was delicate and fragile, but at the same time obscure and twisted. It gave me goosebumps all over my body and I immediately knew that this image would be a motif throughout my entire collection,” describes Cristina of her film.

Next we watch the futuristic time travels against a whimsical background from the vivid imagination of Jayne Pierson. The time travelling muse is at the origin of all her collections. Every season the muse travels backwards in the future to another area of the past. This time it’s the forerunner of modernism: the art deco movement, which became her destination. Art deco influences are translated in subtle geometric ornaments that adorn the designs. The cobalt blue oversized visor-like shades are among the most attention grabbing pieces. “The glasses help the muse to travel through time” is how Jayne explains the function of this futuristic eye-catcher. “Every time she visits another era, she can access the necessary information on the inside of her glasses.”

Meeting Jayne after the screening was an experience on its own. It’s astonishing how these time travels become much more than a pleasant visual experience, once Jayne elaborates on them. Even though it’s sometimes difficult to follow her train of thoughts for a simple soul that hasn’t had the opportunity to wear the time travelling shades, her belief in the world she created and the devoted love for her muse come across very clear.

Knowing that Jayne worked for the legendary Alexander McQueen, I couldn’t help but ask how he’d inspired her. “Everything mattered so much to him” are Jayne’s praising words. “He was all about self-expression and every little detail had to exceed perfection. It wasn’t only about the clothes. The staging, the silhouettes, the muse, the art direction; everything was of deep importance to him.”

Jayne isn’t only a gifted designer and very intelligent women. She is also a caring mother. During our conversation the most adorable little angels dance around her. They both played the younger-self of the time travelling muse in Jayne’s fashion film and one of them even left an open spot on one of the pedestals that are part of Jayne’s presentation. “My daughters love to play in my atelier and try on the designs. This is how the idea to create something especially for them came into being. They are very much into fashion as well. They love to dress up their dolls and make fashion drawings!” is how Jayne speaks proudly about her offspring.

The screening ends with a journey through a tailored landscape by Martina Spetlova. I’m delighted to announce that we’ll be running a piece about her in the next issue of Volt Magazine, Volt 12,  which will elaborate more on her devotion to texture, a devotion that’s clear from the tactile visuals in her film as well as the sharp origami pleats in her designs.

To the question whether a screening is preferred over a fashion show, Cristina bluntly answers: “It’s less stressful! Everything had to be finished in advance, so my perfectionism couldn’t drive me into making last-minute amendments.” For Jayne it’s the idea of how the act of putting on a garment completely can transform you, that fascinates her to the core. Furthermore she mentions that a film is less exclusive. “A fashion film is an experience which you can share with everyone” enthused Jayne. I recommend you to take advantage of this privilege and enjoy the translation of the collections by these talented designers into image and sound.

Jayne Pierson is a British womenswear designer who combines conceptual designs and innovative textiles along with leathers and woven/printed fabrics. Thalia is the name of her latest collection which was inspired by fairytales and the surreal, a dream-like world where myths and fables are subverted. Jayne Pierson has also got a passion for filmmaking and […] 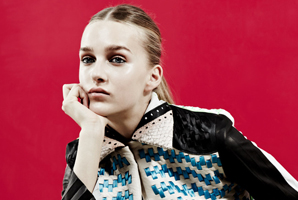 In order to be part of LFW, the visionary designer Martina Spetlova has set up a Kickstarter account. 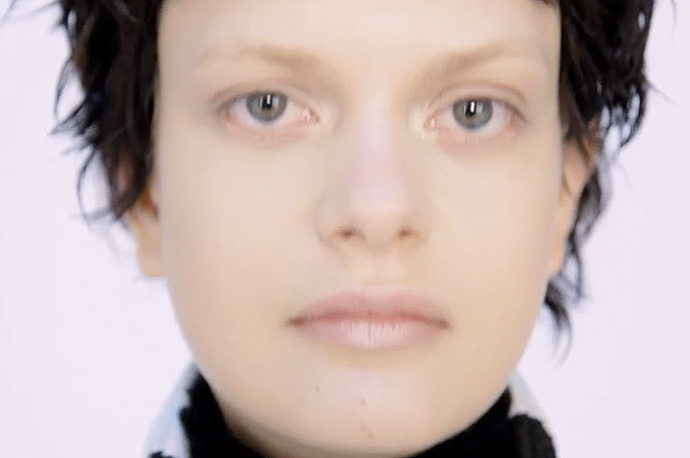 The gamine Caroline from Storm makes like a young Kristen McMenamy, offering tantalising glimpses of Martina Spetlova's A/W13 collection. Strong graphic patterns will make you long for Autumn because. Coats.