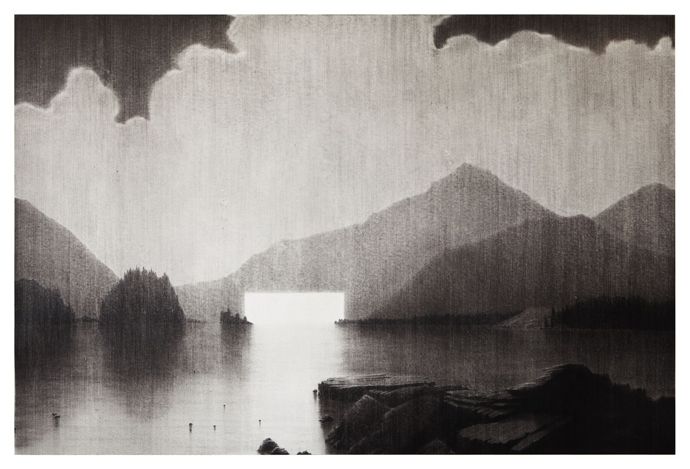 London-based artist Reece Jones’ show of charcoal drawings currently at All Visual Art’s magnificent 5000 square foot space in King’s Cross is a must-see. The images invite you to immerse yourself in the intriguing mixture of stark compositional geometry with invented and organic landscapes. At the opening people were patiently waiting their turn to silently contemplate the unusually large scale artworks.

Each piece is created by building up a fragile image and then erasing with glass paper to create a ‘ghost’. Jones will repeat this process several times, ending up with a dense tonal field, which is interspersed with moments of insistent detail. The end result is darkly surreal and mesmerizing; they are often landscapes and you feel as if there’s a filmic narrative, as if something has just happened. Jones is inspired by and makes references to such diverse artists as James Turrell, Kazimir Malevich, Mark Rothko, Ansel Adams and Stanley Kubrick. To some the idea of a charcoal drawing might sound somewhat dry initially but be prepared to suspend your prejudice as Jones’ work is anything but.

All images by kind permission of AVA
Words by Anna Bang 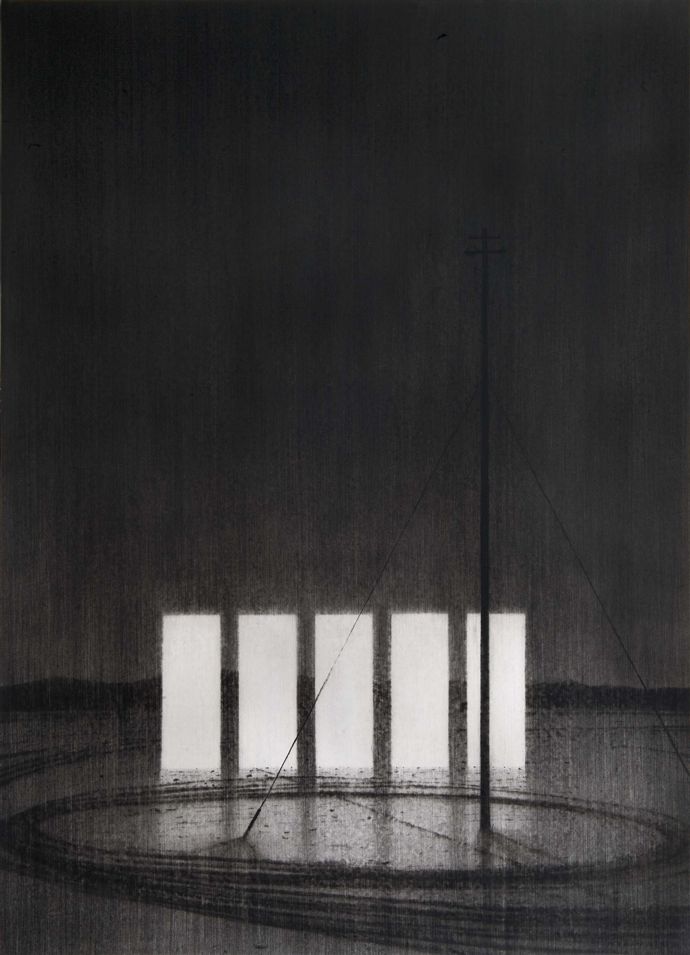 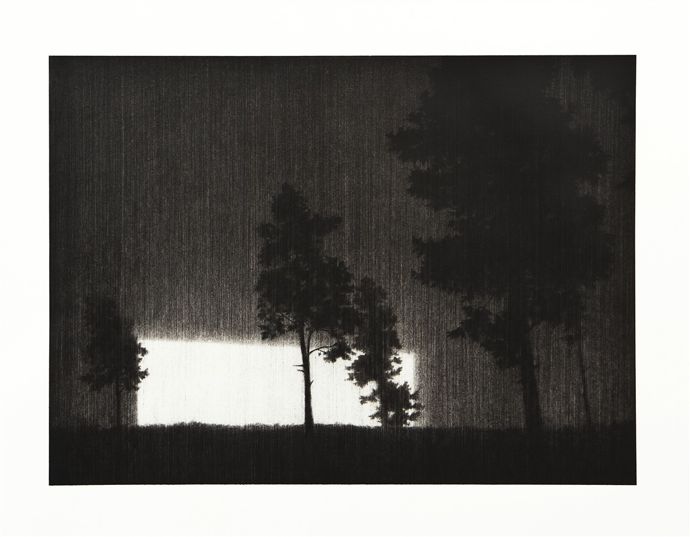 Drugs of a Nation 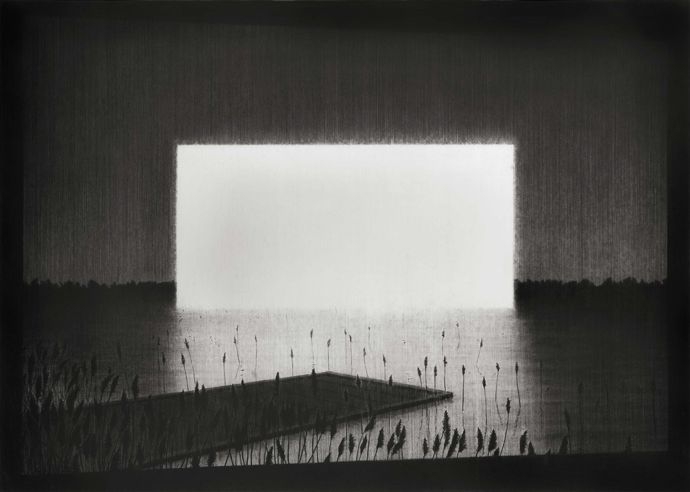 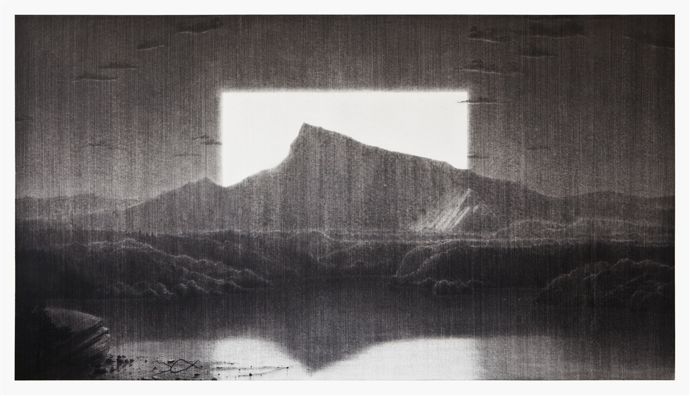 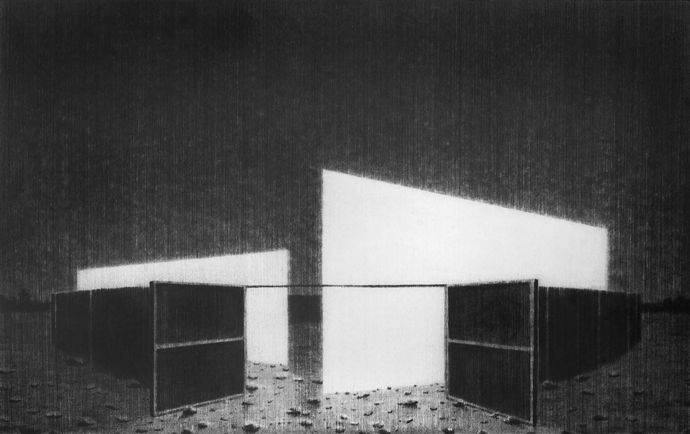