Written by Irvine Welsh and directed by Rankin, ‘Rachael’ is a cinematic snapshot of a 1940’s British family. ‘Rachael’ observes the early morning routine of a typical family in post-war Britain. Mum makes breakfast. Dad reads the paper. Samantha tries to get ready for work but her sister, Rachael, is hogging the bathroom. Soon we see that Rachael is very young, but not as innocent as her parents might hope…

Most of the film was shot on location at an amazing house in Hertfordshire and stars Holliday Grainger, Maxine Peake, Shaun Dooley, and Suki Alice Waterhouse. Holliday Grainger was in ‘Jane Eyre‘ alongside Michael Fassbender and Jamie Bell; Maxine Peake played Veronika in ‘Shameless‘.

Rankin’s latest short film ‘Rachael‘ will premiere as part of Channel 4’s Random Acts strand on Thursday 12th January at 11:05pm. It will also be available to view on the Channel 4 site for a month after broadcast at: 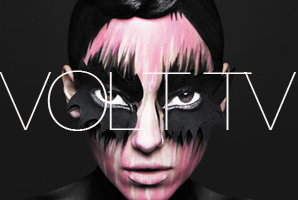 Reminiscent of Rodchenko, Goude and somewhat primordial yet all its own. Rankin and Öhrström’s tribalistic take on beauty.