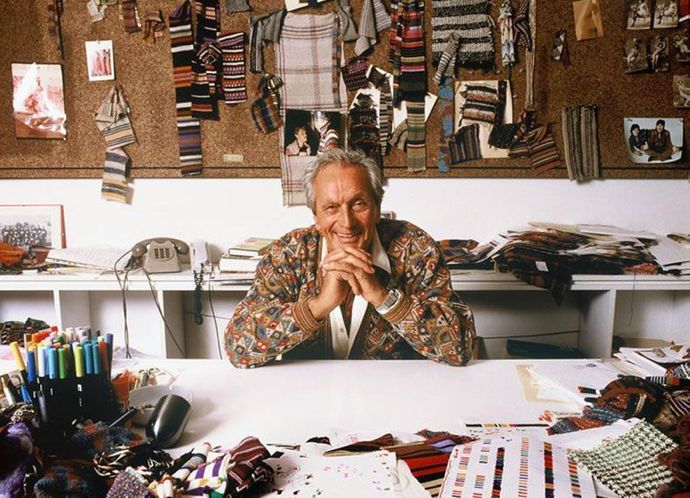 Ottavio Missoni died on the 9th May 2013 in his home in Vares, Italy at the age of 92 and he passed away in just the same way he led his existence, with discretion, honour and in the company of his family. Missoni was like the sequoia tree in the fashion world: majestic; a secluded and silent presence with a solid foundation.

Obstinate and tenacious, he carried on all his life with the same disciplined and sober lifestyle as an athlete and the fiery eyes of a war survivor. Nevertheless he lived with grace and a certain levity – “I don’t know if you’re lucky in life because you’re light-hearted or if you’re light-hearted because you’ve been lucky in life”. Fate, however, played a bitter twist when his son Vittorio and wife Maurizia mysteriously disappeared in January 2013 on board a plane off the coast of Venezuela. The bodies were never found and all the researches and investigations lead to inconsistent results. Friends and family commented  after Missoni’s death that the tragic disappearance was a pain that had weighed on the old man’s health.

The son of a sea captain and a charming countess, Ottavio Missoni was born in Dubrovnik and raised in Zadar, now Croatia, but Italian territory then. As a child, he had a vivid imagination and insatiable curiosity. “I loved reading. It was an affordable miracle. With a little money you could spend the night with Voltaire.” Nights with literature authors and days on the track and field: a very talented athlete, he was a member of the Italian national team at sixteen and a champion at the World Student Games in 1939. This ‘Son of Apollo’, as he was called, continued exercising regularly even in his 90’s. 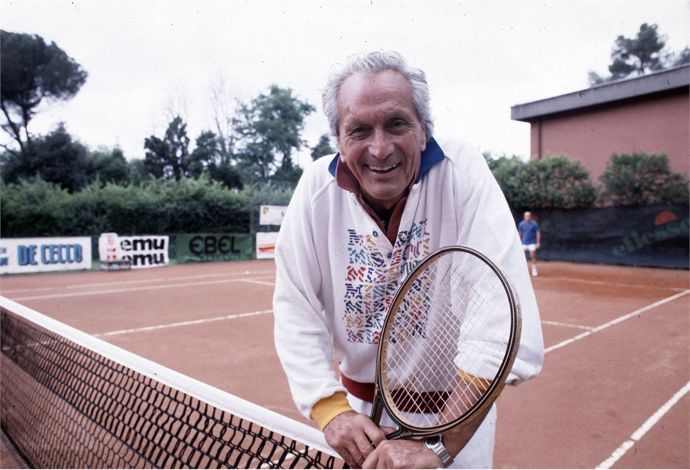 World War II erupted and Missoni was called to join the Italian Army. “Life is decided in seconds”, he used to say with a dark look when recalling the traumatic explosion he miraculously survived. Alas, when the bombardments were over, he ended up a prisoner of war in Egypt for four long years: “Those years in the desert were not so bad in the end. I read, I slept, I played cards and played volleyball. Of course, it wasn’t like being on vacation at Club Mediterranée and I don’t wish it on anyone. But I learnt to understand people. In those conditions you become transparent, you can smell the herd. You recognize who’s a zebra and who’s a leopard. Maybe, looked at from afar, leopards are stunning creatures, but zebras are better companions. Even if tame and slow, it feels better to be around them.”

Decided by seconds was also his fortunate race in 1948, when, representing Italy in the 400m hurdles at the Olympic games in London, he met the sixteen-year-old Rosita Jelmini. She was a student spectator and, according to family memories, she couldn’t help but fall deeply in love with the guy “who was holding the flag on the track” and decided she was going to marry him. Under the placid look of the lions in Trafalgar Square they started not only their strong bond (until his very last moment Missoni used to refer to Rosina with the ancient and poetic expression ‘la mia sposa’, my bride) but also a fertile, creative force. 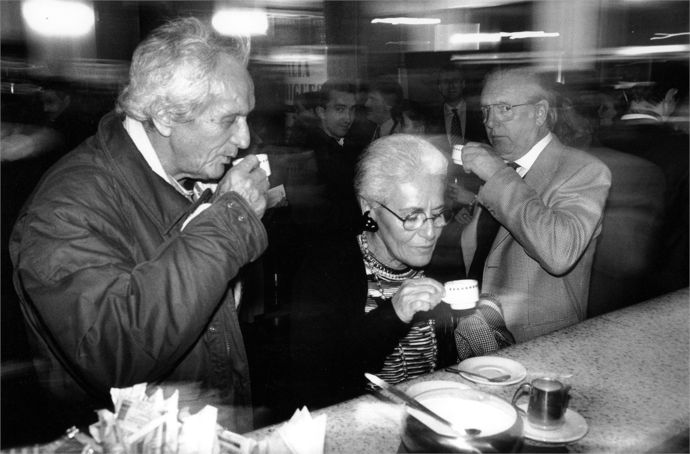 From the altar they quickly moved to knitting machines when in 1953 the couple, right after getting married, set up their first company. Rosita’s family owned a shawl making factory and with a few machines they started working for other brands. In 1958, their first collection came out but it was only in 1963, adapting the Raschel knitting machine used for shawls, that they created their signature style. Rosita’s background in textiles and Missoni’s burgeoning designing skills led to an explosive success in the 70’s when the influential fashion director Anna Piaggi discovered them and Diana Vreeland, the editor of American Vogue,  supported them. Renowned for the brightly coloured knits and lightweight zigzag patterns that “were like that simply because we had machinery that could only make straight lines”, they created a vibrant, bohemian aesthetic that quickly earned a reputation for testing new boundaries – Missoni was kicked out of the Pitti fashion shows in Florence when his models did not wear bras on the catwalk. The Missoni empire expanded and diversified with hotels and home collections but the company kept up a reputation for innovation.

It’s probably inappropriate to refer to the company as a dynasty but it is important to underline that family and business are closely intertwined in Missoni’s story, just like the majority of brands of italian golden age such as Ferragamo, Versace, Gucci and Armani. Three generations are now involved in the business and carry on with the same work ethic that animated Missoni. “I never was money-driven. Profits never interested me. I didn’t care about money when I was broke, imagine what I care now..” Passion was the engine of his business and the secret of his longevity. “I’m not worried about health but about interests. I realized I’m starting to age,” he said turning 90. ”You see, we just got this new museum in Milan and I still haven’t visited it. It wouldn’t have been like this some years ago. Interests become paler and thinner when you age.“

Whilst the brand is exemplary for its creative and successful business, Ottavio Missoni will more than anything be remembered as a gentle heart, appreciated for his talent and above all, loved and respected for his character. He kept intact his sober and dreamy attitude throughout his life, like a leopard lying quiet among the zebras. In the splendours of a party he was heard whispering: ”I don’t understand why when I meet people in Milan they ask me how’s the business going. They should ask me what dreams I had last night…” 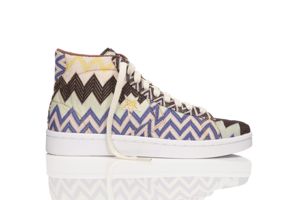