OMA | Progress at the Barbican 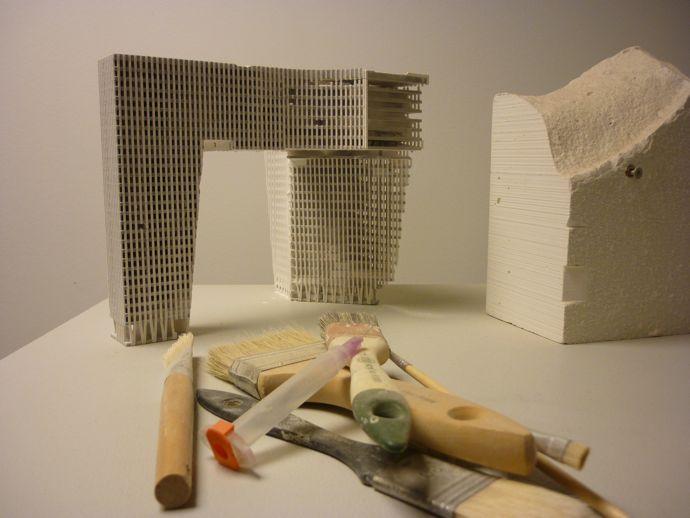 Despite its somewhat dry-sounding title, the Barbican Art Gallery’s OMA/Progress exhibition is anything but dusty. OMA/Progress is a retrospective exhibition on the groundbreaking architectural office OMA. Co-founded in 1975 by renowned Starchitect Rem Koolhaas, the office has transformed the urban and cultural landscapes of the world, most notably with the China Central Television Headquarters building in Beijing. OMA is also known as the mastermind behind Prada’s New York store, which made sure no one will ever think of the term ‘flagship store’ in quite the same way.
The N.Y. flagship store isn’t the only instance OMA teamed up with Prada to capitalize on their shared intelligent yet sexy aura. In 2009, the duo amazed us with the Prada Transformer building that was lifted up with cranes and tilted from one side to another to house different events. The opening presented an exhibition titled Waist Down which was comprised of skirts designed by Miuccia Prada, set into whirling motion by OMA’s think-thank, curational unit AMO, creating yet another moment destined to become engraved into our collective fashion memory.

Fashion, technology, media, renewable energy, cultural analysis… OMA is not afraid of breaching into new territories influencing Architecture. While curating OMA/Progess, the Belgian collective Rotor was not only faced with OMA’s cross-discipline approach that has produced a copious amount of documentation over 35 years but also with the question of how to portray an architectural force that is itself a continual work in progress.
Rotor came to a solution as unusual as the office itself – an exhibition that has a strong personal quality that is rarely if ever present at an architectural showcase. The exhibition allows the public to see behind the doors of the office in the form of joke-emails circulating amongst staff, a constantly updated display of construction sites visited by the office and experiments conducted in search of the perfect material. Perhaps the most candid glance behind the scenes is offered to the public through an unedited room filled with the current preoccupations of the OMA staff.

Unlike most architectural exhibitions, OMA/Progress is not about celebrating the successes or displaying the numerous awards won by the office but about the everyday activities responsible for OMA’s title as one of the most influential architecture practices today. The failed 3D models and messy sketches with endless notes for revision are what make the show exciting. Filled with witty details, such as a report of Lagos, Nigeria half filled with empty sheets of paper to give it more thud factor, the show is actually very funny in a Dutch kind of way. Rotor explains its unusual approach to the exhibition: “It shows architecture as a practice, a messy process that changes with every good project.”

The mock construction site that is OMA/Progress can at times be tricky to navigate, but don’t wander past Ila Bêka& Louise Lemoine’s documentary Koolhaas HouseLife. The film follows the housekeeper of Maison à Bordeaux trying to salvage the house from multiple water leaks and complaining about the impracticality of all the glass surfaces, giving you the same delight as finding out that a picture-perfect supermodel has cellulite…

OMA/Progress
The Barbican Art Gallery
Open daily 11 am – 8 pm, except Wed until 6 pm
Late night every Thursday until 10 pm
On show until February 19, 2012 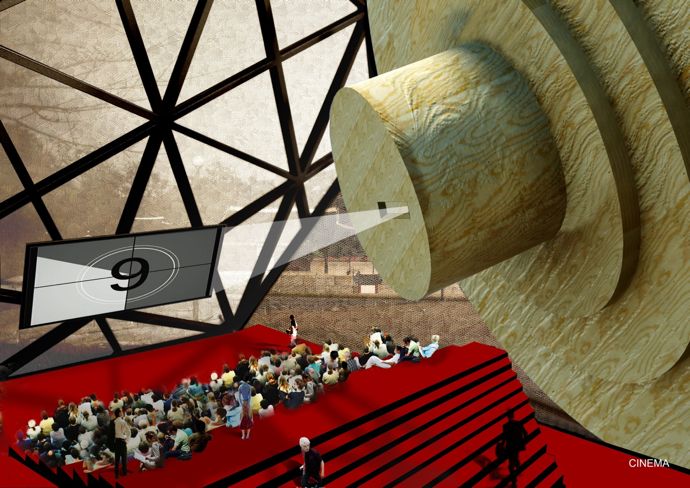 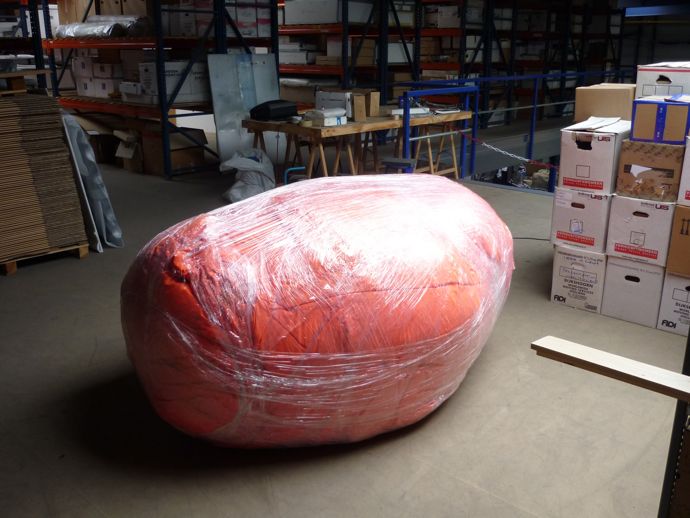 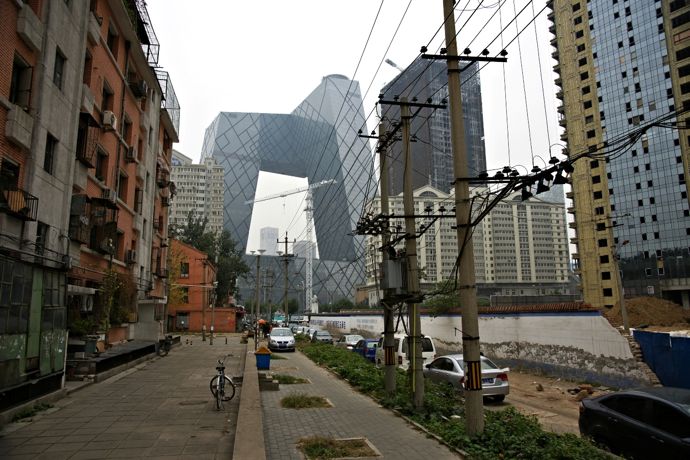 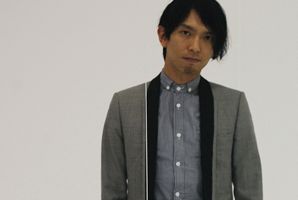 Junya Ishigami at the Barbican

Junya Ishigami’s installation Architecture as Air is the definition of Minimalism with its painstaking experimentation, research and remarkable concept in the background