The Barbican is showcasing 14 artists’ collections, an exhibition that promises to be a veritable smorgasbord of all things eccentric, rare and curious. One that will no doubt encourage your inner hoarder even further as the 14 artists’ collections shown includes such treasures as Damien Hirst’s skulls, Hiroshi Sugimoto’s glass eyes, Martin Parr’s 20th Century British postcards and Soviet space dog memorabilia and Andy Warhol’s kitsch cookie jars. 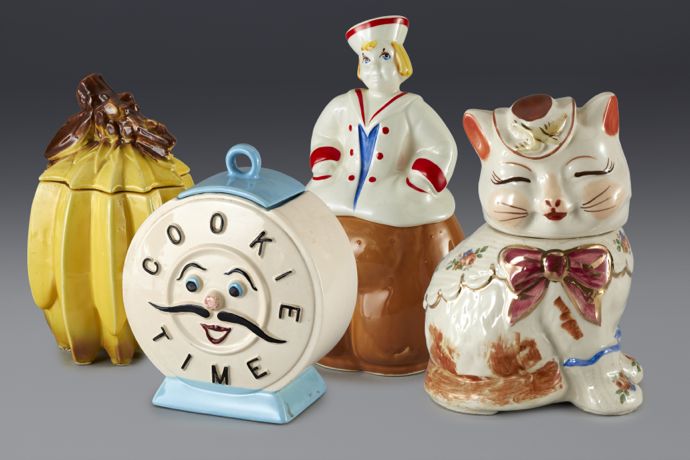 Whether you just love ‘stuff’, are interested in how artists were inspired by their collections or are a collector yourself, the exhibition will be a feast for the imagination. 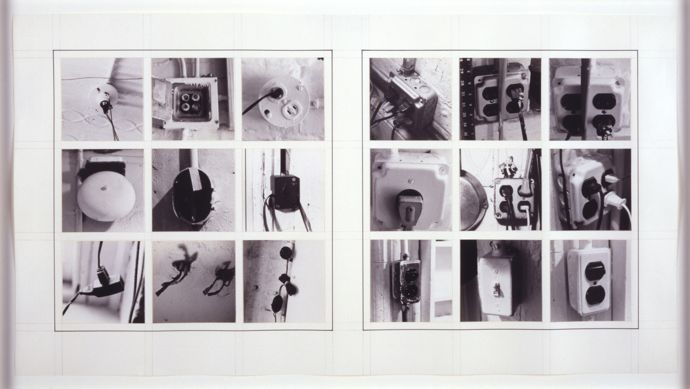 This is the first major exhibition in the UK to present these fascinating personal collections of post-war and contemporary artists, artists such as Edmund de Waal, Howard Hodgkin, Sol LeWitt, Jim Shaw and Pae White. Their collections range from mass-produced memorabilia and popular collectibles to one-of-a-kind curiosities, rarefied artefacts, and specimens. By exhibiting artists’ collections alongside at least one key example of their work, the show provides an insight into their inspirations, influences, motives, and obsessions. 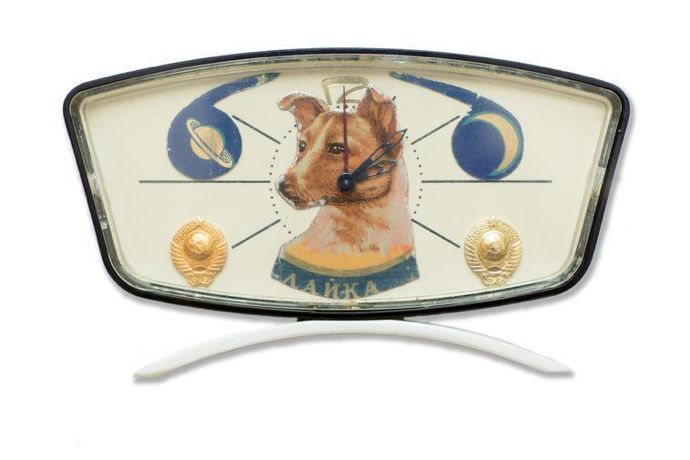 The collections are installed in accordance with the artists’ own display techniques, and the number of objects varies from less than 20 to more than 3,000 pieces. 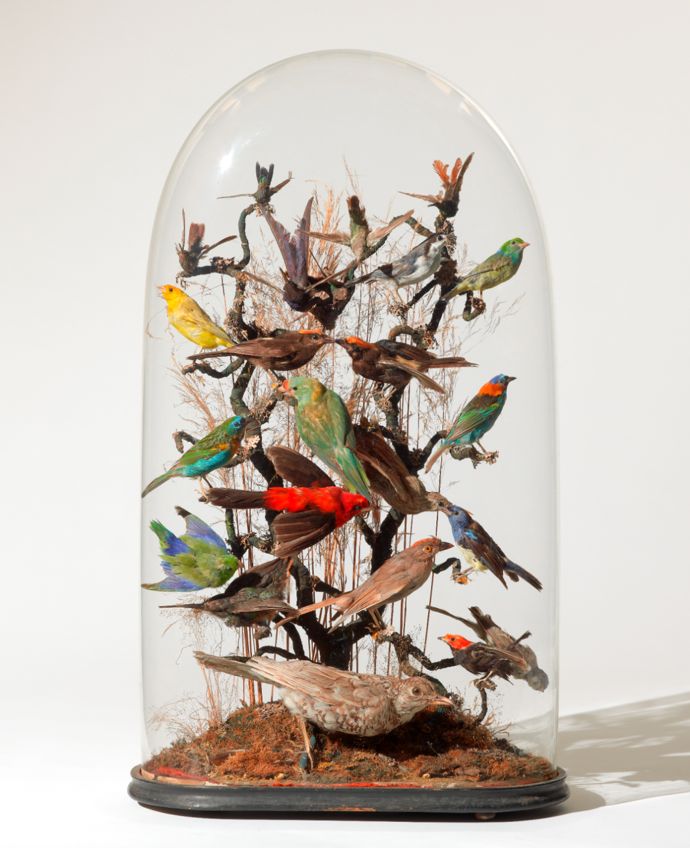 Individual collections include important examples of African art and Japanese samurai armour owned by Arman. That Damien Hirst collects skulls, taxidermy and medical models may come as no surprise whereas Andy Warhol curiously collected cookie jars and toys, objects both homely and childish. 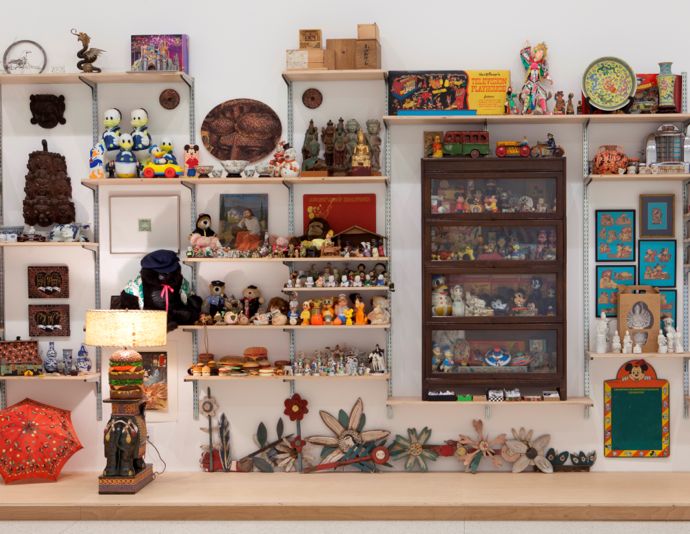 It has been a common practice throughout history for artists to collect objects for professional and private reasons – as studio props, sources of inspiration, references for their work, personal mementos and even as investment. Rubens, Rembrandt, Degas, Le Corbusier, Matisse, and Picasso are among a number of artists who were also collectors. In most cases, their passion for collecting complemented and informed their artistic interests, but occasionally it actually impeded their ability to work.

Collecting objects for research and study is an important part of the practice of many of the artists in Magnificent Obsessions | The Artist as Collector. From reading his diaries where he often alludes to collecting, we know that Andy Warhol was a driven collector who had a daily routine of stopping by antique and junk shops to ferret out hidden treasures, acquiring new categories of objects that were not previously viewed as collectibles. Many of these objects have served as source material for his silkscreen prints and also became valuable, simply because he showed an interest in them. 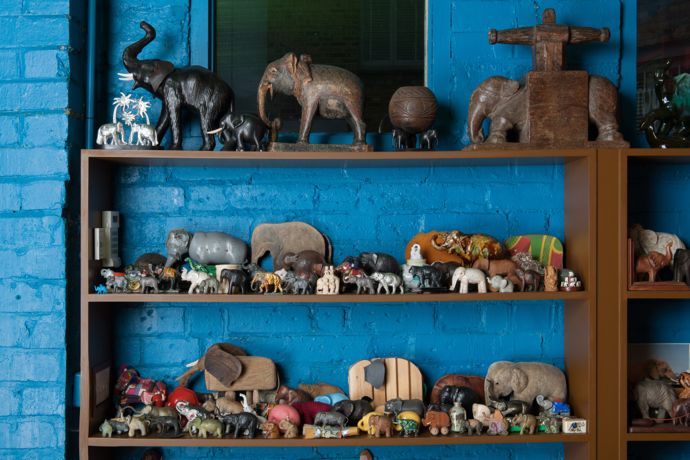 Elephant figurines from the collection of Peter Blake. Photo by Hugo Glendinning.

Peter Blake deployed the strategy of accumulation towards a different aesthetic outcome. 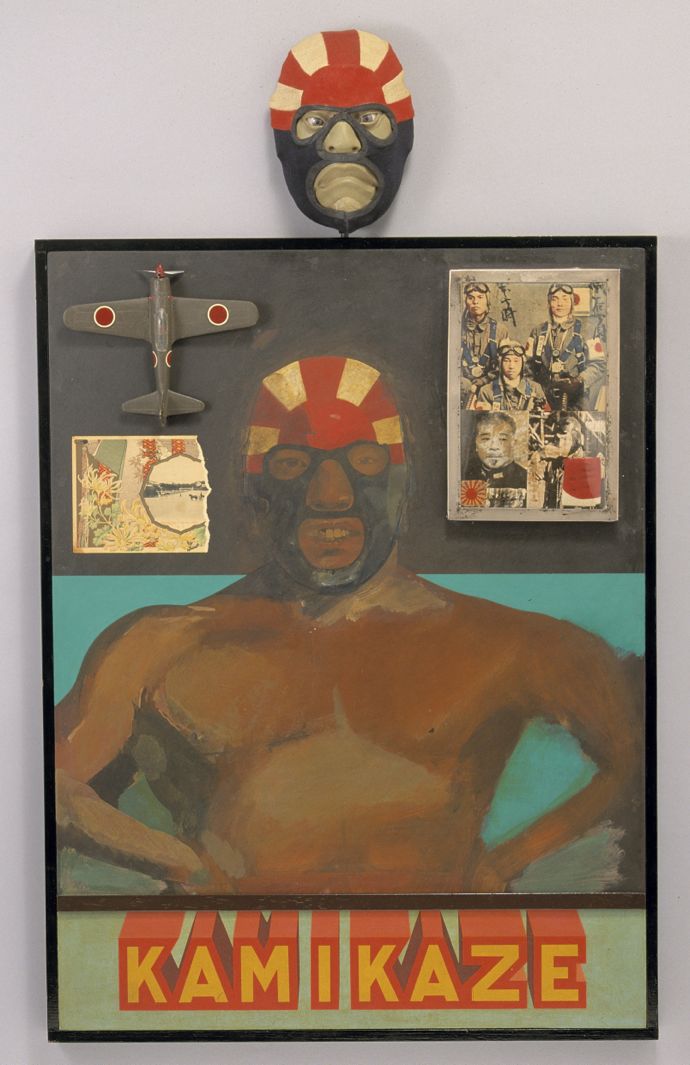 While Blake’s early works from the 1950’s were typically paint on paper or board, he began painting on objects and also incorporating them into collage works in the early 1960’s after receiving a Leverhulme Research Award to study popular art, and collecting examples of this on his travels. 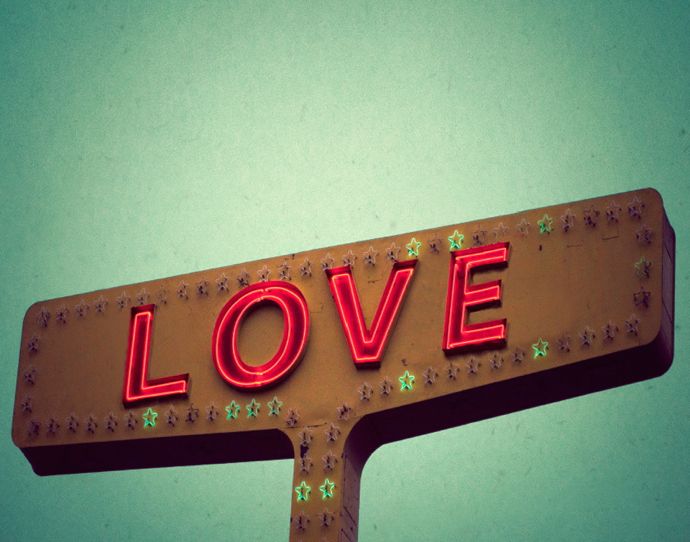 V-day is looming large and you may be panicking about what to get the loved one while simultaneously despising yourself for these first world, somewhat entitled thoughts. Obviously it should be something debonair, unusual, something that expresses your particular union without in any way being cloying or overly expectant. Something FUN yet romantic but also […]