Change was the main theme of this year’s London Fashion Week. Now in its 62nd year, the annual event has grown thanks to the talents of Christopher Kane, Mary Katrantzou, J.W. Anderson and Simone Rocha. Moreover, the return of historic British brand Burberry Prorsum and most recently Gareth Pugh and Zandra Rhodes has put London and its fashion scene back on the map.

The major change to the London Fashion Week schedule is the move of venue from the picturesque and historic space at Somerset House to the Brewer Street Car Park based in Soho. An audible gasp of disgust and dismay was heard by the fashion elite when this was announced earlier this year. Who would want to attend a fashion show in a derelict multi storey car park?

However, what this change of venue did was bring fashion to the public. There was a renewed energy and excitement about fashion week. Giant screens were erected in Golden Square and along Carnaby Street, live streaming the shows to businessmen on their lunch breaks or housewives walking their dogs. Before where the exhibition space was separate now you could browse the new and emerging talents and see what the smaller brands had to offer on the way to the show space. London Fashion Week felt all-inclusive. 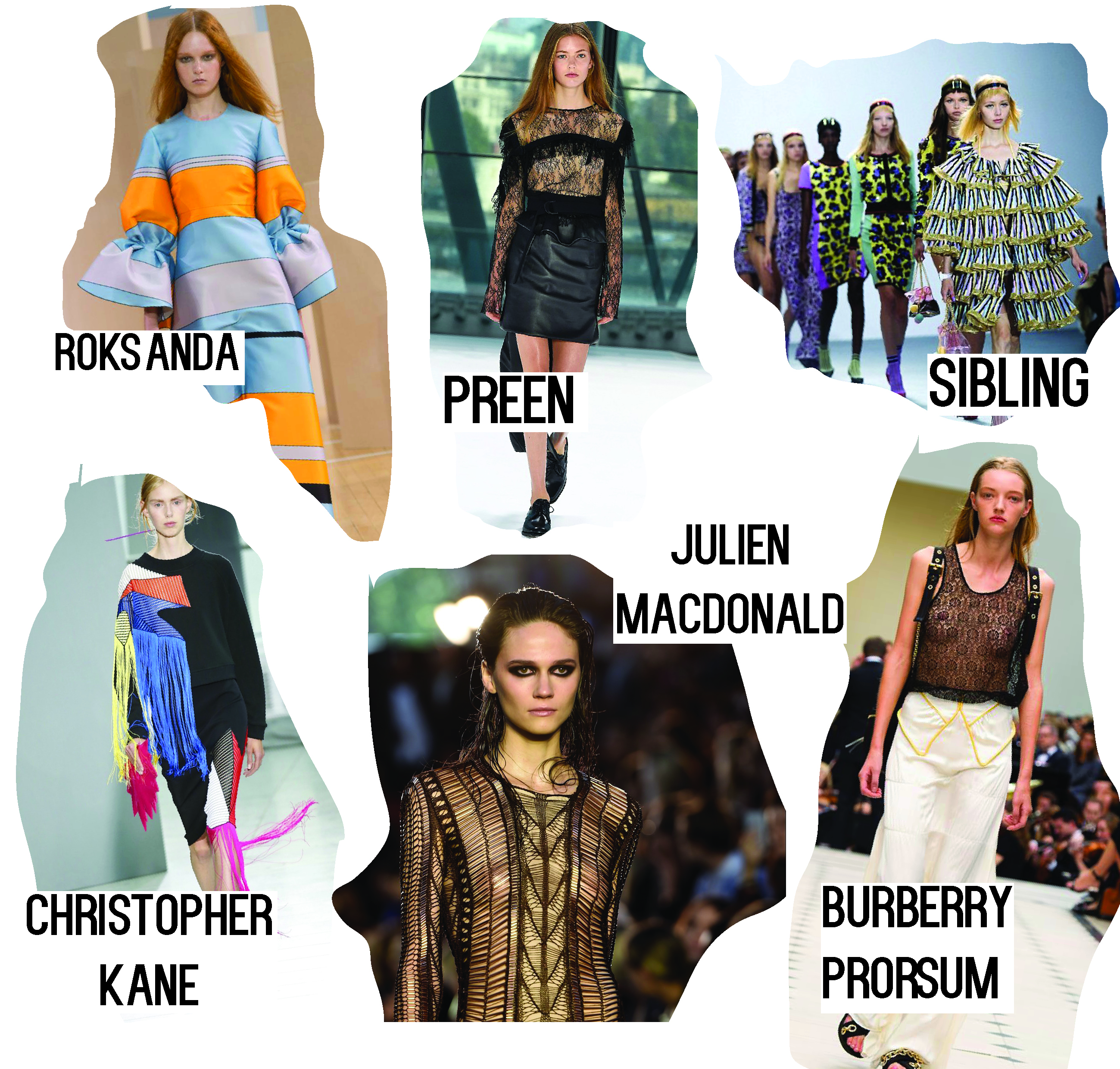 At Sibling anticipation was in the air to see what the design duo would present after the death of knitwear maestro and co-founder Joe Bates who lost his fight with cancer over the summer. Sibling managed to keep the fun, energetic spark that endeared them to the fashion set. Crochet and Lurex knit dresses anchored the collection while rubber outerwear in transparent and black plastic was a sexual wink finished off with red sequin stilettos.

Crochet and lace were the main fabric trend of the SS16 season. At Burberry Prorsum it was translated unto the traditional trench coats. Dresses in delicate, white lace were given a functional, urban edge when styled with a cropped military jacket and thick, rubber-soled sandals. For the past few seasons Christopher Bailey has tapped into the idea and popularity of personalisation since AW14’s monogrammed capes. For SS16 Bailey’s new monogram toy is the rucksack available to be initialled until the 2nd October.

Lace dresses were at Julien Macdonald whose trip to the black sands of Bali inspired a hypersexual and provocative collection. Those previously mentioned lace dresses came heavily embellished in a palette of aubergine, silver and black with the finale gown a modern take on a bridal gown as a white lace jumpsuit with a train. 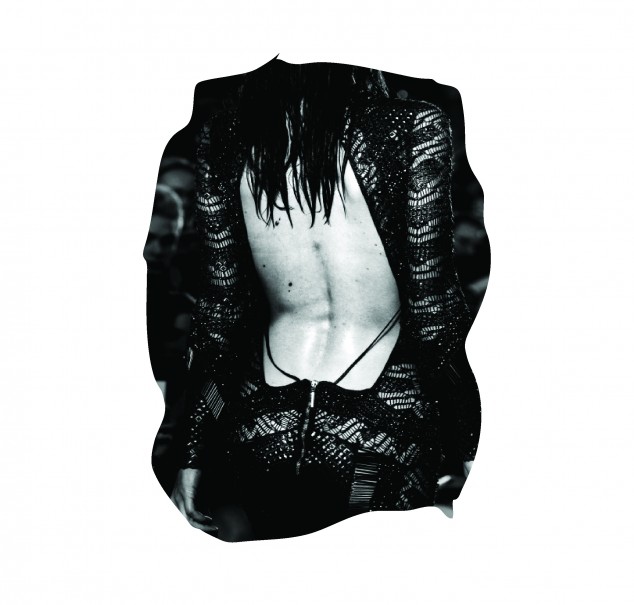 The design duo at Preen by Thornton Bregazzi subverted lace. Gone is the saccharin English rose that wore their dresses. For SS16 the Preen girl had a hard edge. Take look 11 – a full-sleeved black lace top with fringe paired with a black leather skirt was a nod to the party, rock girls. Sexually fluid, liberated and unafraid to express herself. The summer staple – the Breton stripe – got an update appearing under gold appliqué floral finale dresses.

Shape and form took centre stage for Roksanda and Christopher Kane. The runway at Roksanda reflected the geometric shapes and asymmetric shape of her opening signature A-Line powder blue dress with its Matisse-esque cutouts. The rigidity of the lines that structured her dresses faded into fluid Spanish ruffles in canary yellow and bright pink that adorned the finale dresses.

At Christopher Kane he was inspired by the idea of ‘crash and repair’. His SS16 collection is his personal statement on the current events of his family life with the recent loss of his mother and loss of his mentor and fashion champion Louise Wilson. This translated into frenzied neon cutouts, spray-paint and abstract shapes on dresses. 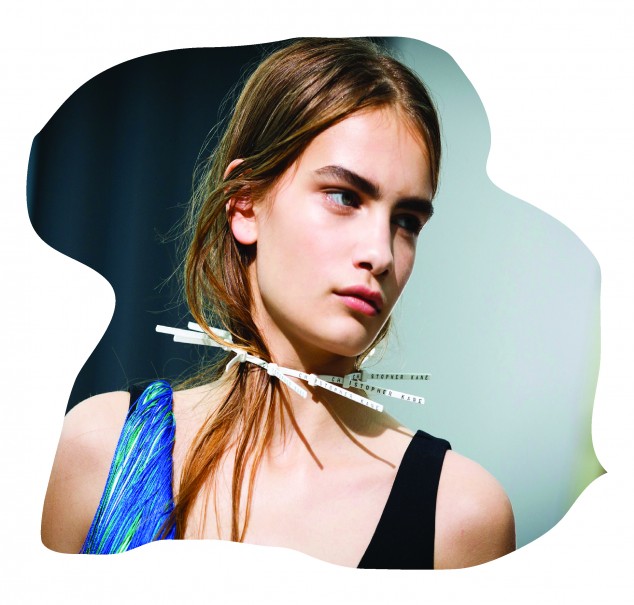 A change in design ethos was evident with some designers debuting menswear looks for the first time. Julien Macdonald had tunic tops and silk shorts that were adorned with tropical prints and embellishments retaining the Macdonald essence but surprisingly manly. At Osman, Yousefzada’s menswear riffed off the main collection with the abstract print translated into tailoring in satin and courduroy and the lapel shape from the AW15 womenswear collection carried over.

However the standout collection of London Fashion Week came from the queen of change, Mary Katrantzou. Looking at her back catalogue, it’s interesting to note her trajectory. Her debut collection consisted of only 10 dresses modelled by the likes of Jourdan Dunn with digitally printed images of jewellery. Katrantzou ushered in the new age wave of digital print with high street outlets imitating the look. When the fashion elite grew tired of this, she changed gears and turned to handcrafted embellishment, using mundane traffic signs and badges to create 3D prints. She then again changed gears moving away from print and focused on sculpture and shape. For SS16 she returned to what she knows best – drawing inspiration from Eastern Europe with its Balkan folkloric traditions. Micro sequins, miniscule flowers and metallic quilting appeared on floaty dresses, tailoring, footwear and handbags. The collection appeared to be a political statement on the latest European migration dilemma occurring across mainland Europe. Funnily the thing we fear the most will be the thing we’ll be coveting next season.

Sometimes a little bit of change can do you good! 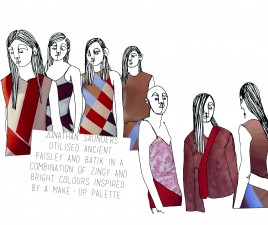 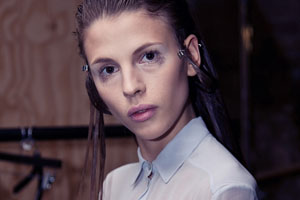 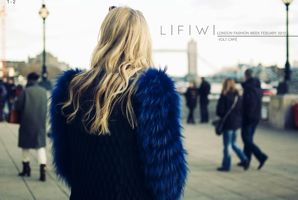