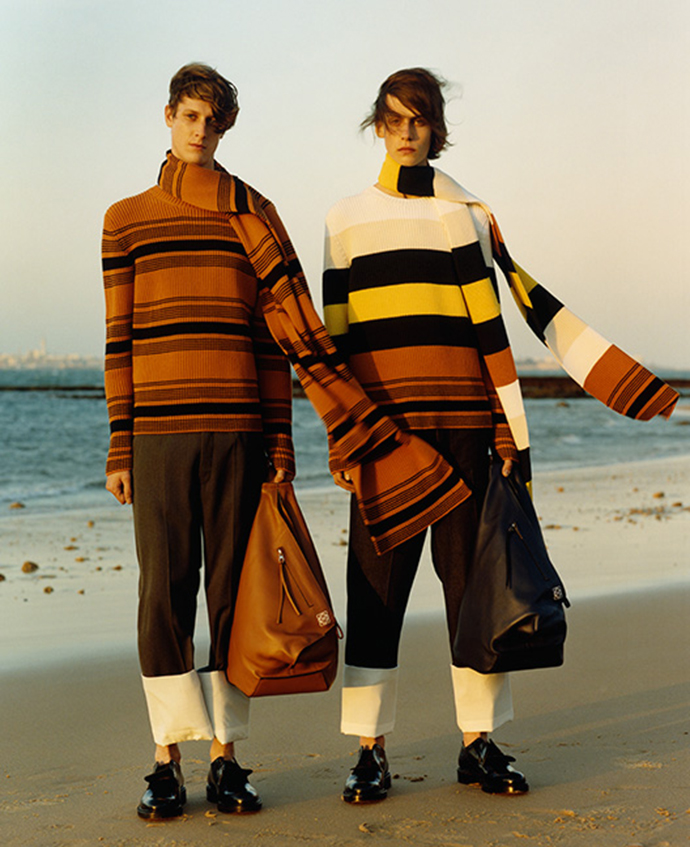 Following the LOEWE men’s presentation in Paris, the first items designed by J.W. Anderson for the pre-launch capsule collection are now available.

The collection has been described as a ‘take on hyper-normality: realistic, functional and utterly desirable’ – versatile, androgynous designs that don’t waver from the luxury nostalgia of past LOEWE pieces. This is a collection that caters for all tastes – including a variety of items that are not only the building blocks of modern dressing, but also for the fashion forward man.

J.W. Anderson accepted the role to become the new creative director of LOEWE as he wanted a challenge that explored the cultural landscape, and this collection has not failed – incorporating both Spanish and British elements into the fold. Interpreting the shapes and colours of Meccano (the British construction game), inspiring the use of bold primary colours and strong lines and silhouettes followed by tying the collection together with the rest of the brand universe through LOEWE’s signature ‘Oro’ hue, using earthy, neutral tones alongside classic black from Spanish inspiration.

The collection includes a range of items, from key menswear products, bags, accessories and home products. The foundations include jeans and t-shirts followed by biker jackets, leather cushions, lambswool blankets and signature Amazon and Flamenco bags in a range of opulent materials. 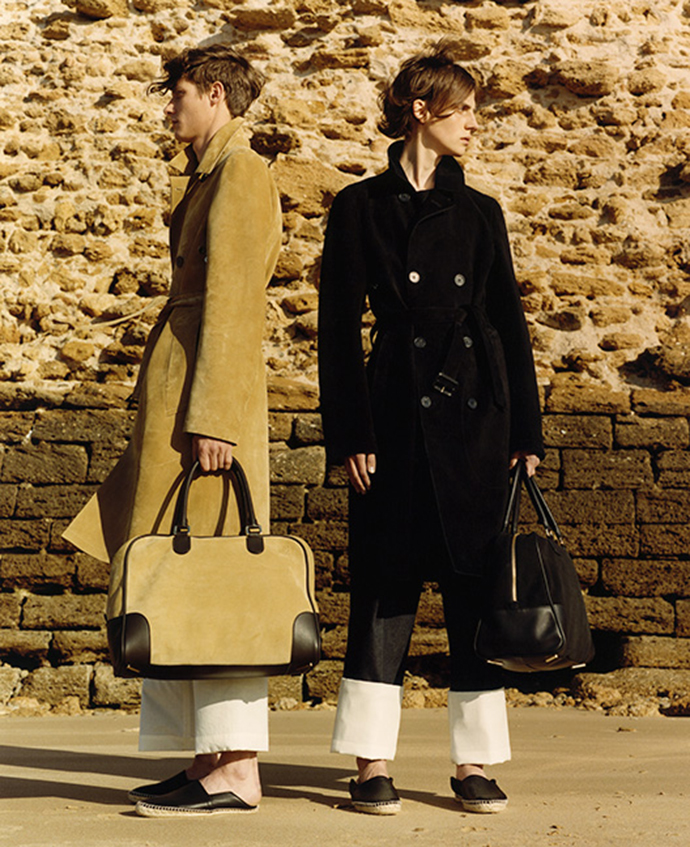 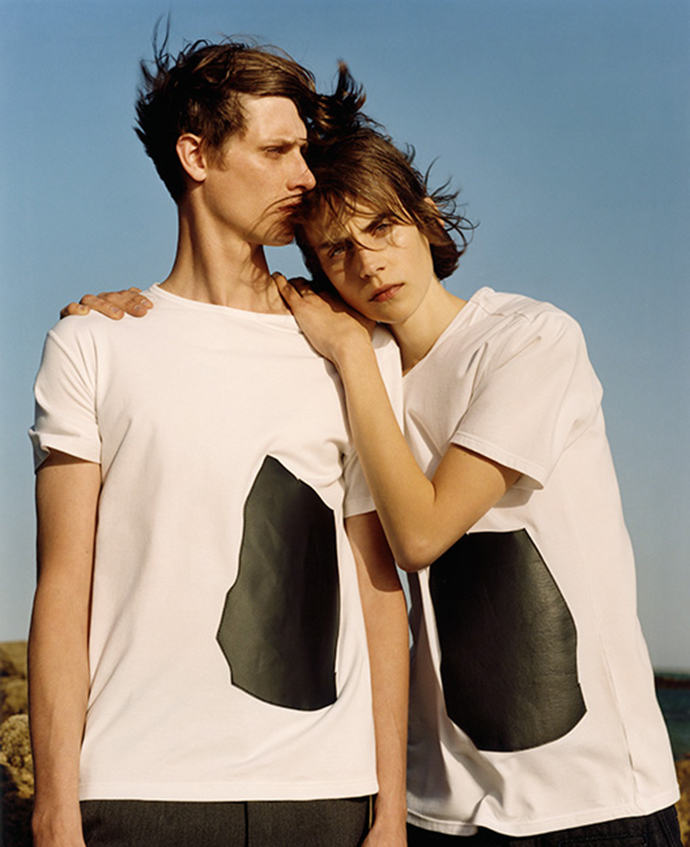 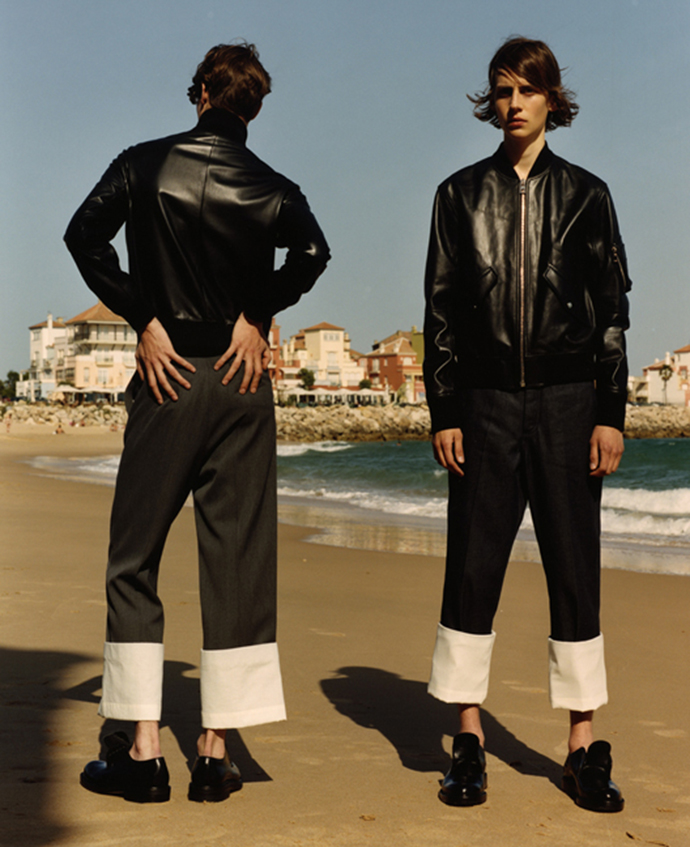 Our personal favourite is the Meccano Oxford Shoe – with removable Meccano parts. So you can choose to go for the traditional black leather look or leave on the parts if you’re feeling colourful!

Spanish heritage was also incorporated through the campaign – being shot near Cadiz in Spain by photographer Jamie Hawkesworth. The ads are influenced by ‘An Interpretation’, a fashion story produced in 1997 by Steven Meisel for Vogue Italia – of course we love a throwback reference – and this is among the aesthetic cornerstones that inspired J. W. Anderson when he first envisioned LOEWE’s next chapter and marks the start of his journey with the brand. 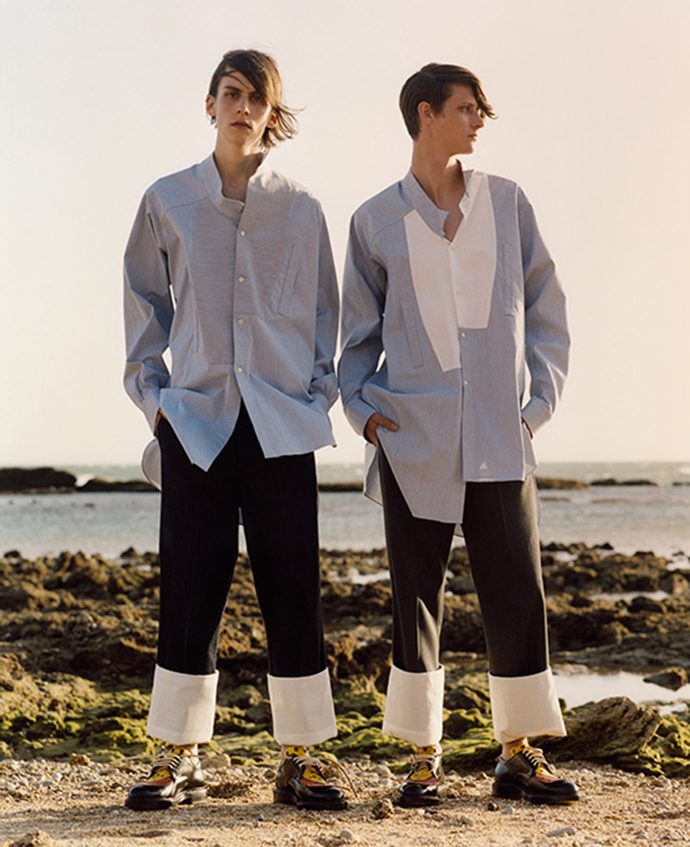 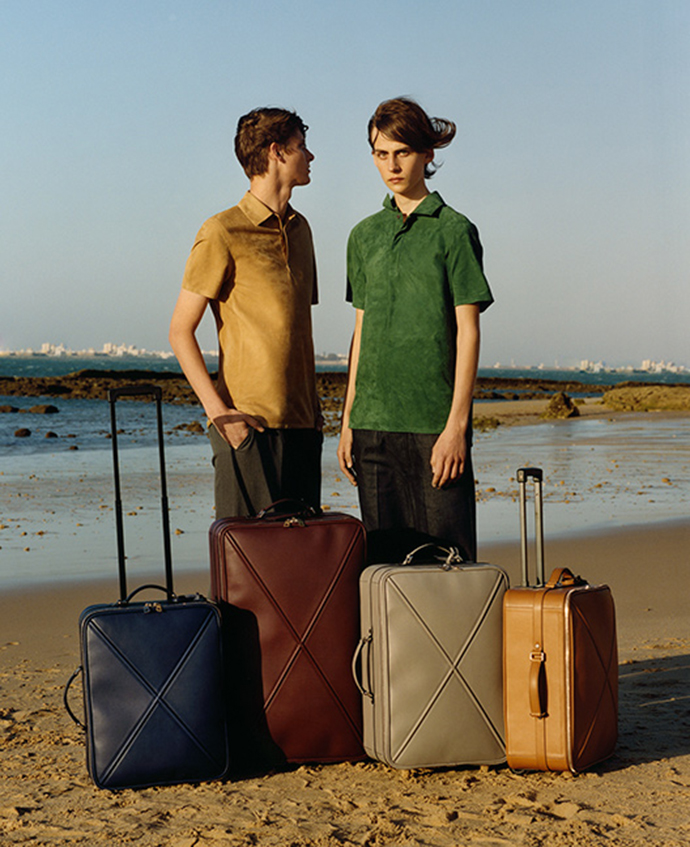 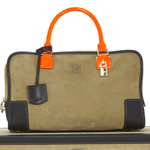 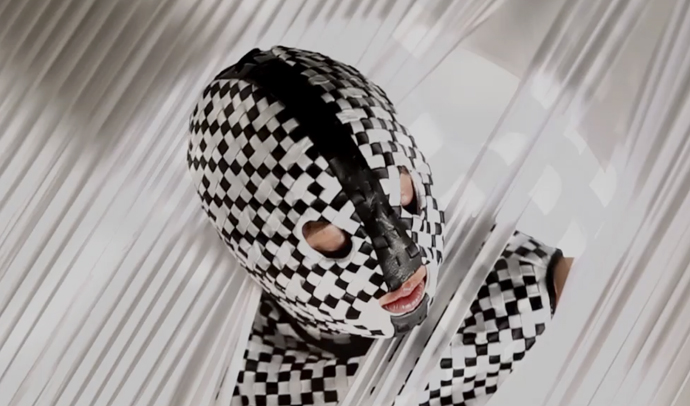 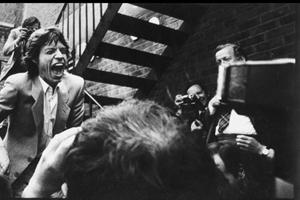 Then And There, Here And Now includes portraits made while Peter Anderson worked at NME. The subjects include Madonna, Iggy Pop, Mick Jagger, Tom Waits and Run DMC