The first time I became aware of Kids Company was back in 2004. I happened to be walking past Tate Modern on a freezing cold afternoon and noticed a random collection of Portakabins. There were no official Tate Gallery signposting leading me to it, yet it seemed like some sort of installation. Despite feeling hesitant (was this after all someone’s temporary home I was walking in on?) I was too curious to ignore it. I’m glad I didn’t just walk past. ‘Shrinking Childhoods’ was a result of a series of workshops organised by Kids Company in collaboration with Tate Modern. Over a thousand children and teenagers between the ages of 4 and 20 years old attended these workshops during the Summer of 2004, where the idea was to somehow communicate the reality of their everyday lives. The results were haunting and extremely thought provoking. By making installations that mirrored their living conditions accompanied by a description of their lives in their own words, either in written form or as recordings, you were shown a world that it was simply impossible to ignore. Easy to walk past on the street as you rush from work to your cosy home or a fun evening with your friends, cocooned as you are in your safe, bright life but facing their reality, hearing their voices made it extremely real. Tate Modern exhibited a very strange attitude towards ‘Shrinking Childhoods’ despite playing host to it; initially there were no signs or information telling you about it. Despite this, enough people stumbled over it just like I did, and eventually a petition of 28,000 signatures forced Tate Modern to actually publicise it.

Since then I’ve always kept an eye out for Kids Company and recently I actually met Camila Batmanghelidjh, the fabulously courageous and compassionate Chief Executive of Kids Company. Camila is every bit as wonderful and engaging as I’d imagined and describes in her matter-of-fact way how she manages to raise £14 mio every year to keep Kids Company running. That money ensures that not only are 14,000 vulnerable children are supported across 38 London schools, mainly by the use of arts to facilitate communication, but also keep three street level crisis centres and a therapy house running. For the upcoming exhibition at Whiteleys in London’s Queensway, 125 children aged between 8 and 10 were asked to recreate their bedroom or a room in their house in a shoebox. Camila then tells me that during that project they actually had to refer 1 in 6 of the children involved to the authorities, based on what came to light. These children weren’t moaning about not having the latest game, they spoke of family violence, having to care for younger siblings and being worried about their safety, of rats and cockroaches in their cupboards, of not having a bed to sleep in or even bedding. 1 in 6 children… Next time you see children playing in the street, imagine every 6th one living in those harrowing circumstances. Camila described families that were not worthy of that name, where any parental guidance or interest is completely lacking, more often than not the children are not even registered with a GP and are no more than a handy income, forced to work as drug runners or prostitutes.

Despite all the amazing work Camila and her fellow Kids Company workers do, she is visibly worried about funding. She tells me that the previous government pledged to give Kids Company £4 mio, but that this pledge comes to an end in January 2011 and she is not convinced that the current government will be as generous. As there’s constant talk of cut backs whenever you listen to the news, this fear seems well founded. Please get involved – even if it’s merely to donate £5 by texting KIDS HELP to 70700. I just did, it is so easy. If you’d like to get involved on a deeper level, either by raising more cash or working as a mentor or donating unwanted goods, please go to www.kidsco.org.uk to explore all the possibilities of being part of making a positive change.

Kids Company’s Shoebox Living installation and series of children’s workshops is taking place at Whiteleys from the 1st – 4th September 2010. 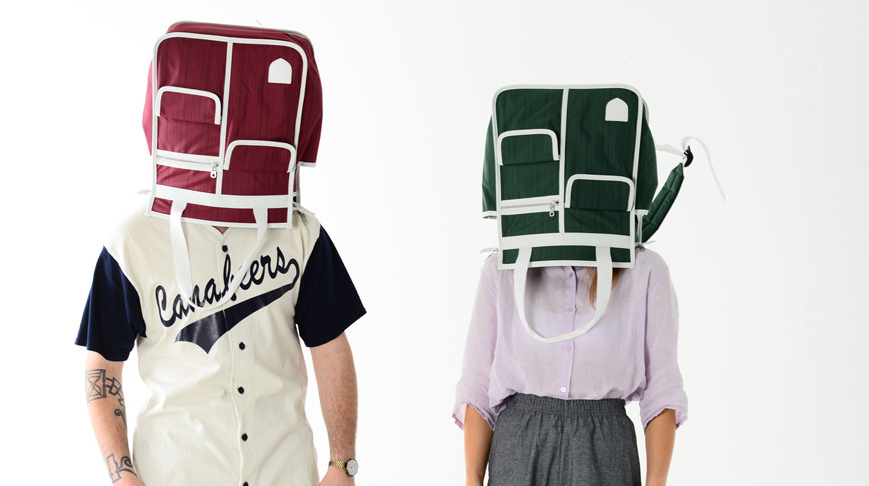 Living in a big city we all need to go long distances from time to time. There’s no denying the right bag makes for a less stressful trip, which is why Goodordering’s intelligent, fashionable and comfortable bags are the perfect companions for the typical London on‐the‐go lifestyle. Goodordering is an independent company based in East […]