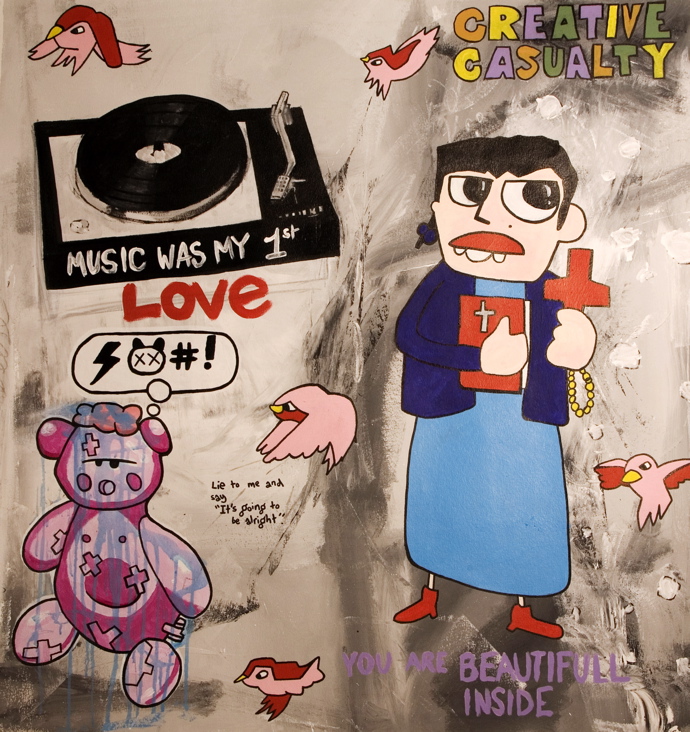 You have to love someone who puts on a stunt like this; in 2009, at the lowest point of the recession, artist and enfant terrible Stuart Semple floated 2000 pink foam, eco-friendly smiley clouds from Tate Modern towards London’s financial district in an attempt to simply ‘cheer people up a bit’. Semple is probably best remembered from the controversy surrounding him in 2005 when he managed to smuggle in and hang his own painting entitled ‘British Painting Still Rocks’ in the Saatchi gallery as a protest over Charles Saatchi’s comment that young British artists would be nothing more than a footnote in the history of art. As someone who has been recognised by The Times, i-D, BBC, Esquire, GQ, L’Uomo Vogue, Art News, ArtForum, whose works can be found in the Getty, Niarchos and David Roberts collections and who counts Debbie Harry, Johnny Depp and Jean Charles de Castelbajac amongst his celebrity collectors and supporters it is no wonder his future is looking as rosy as the pink foam smiley clouds. Stuart Semple’s works allegedly sells for up £100,000 each.
He first started out as the artist known as Nancyboy, who burst onto the scene in 2000 eventually selling over 3000 works exclusively on eBay to collectors worldwide. His vibrant 80’s infused Artworks hit the zeitgeist perfectly and spawned many imitators, blowing open exposure to other artists with a similar youthful vibrancy, pre-empting what became termed ‘Urban Art’. Nancyboy could also be considered as one of the pioneers of social networking and one of the first artists selling original artworks on eBay.
Nancyboy finally revealed his identity in 2004 and continued his art career under his real name Stuart Semple, Stuart Semple emerged as one of the most important artist of his generation. In 2009 Stuart Semple laid Nancyboy truly to rest, creating a final 10 works to bid on eBay. All of the money raised was donated to the charity Mind, making him one of the most generous eBay fundraisers of that year.
Semple’s hyper-prolific output continued in 2008 and 2009 where he collaborated on various artistic projects with the likes of Umbro, Moncler, The Prodigy, Evisu and Levis. He also held a solo exhibition across three floors of Selfridges during 2008’s Frieze Art Fair.
10 years after the first Nancyboy works appeared on eBay, a retrospective is being organised  to celebrate Nancyboy’s legacy and provide an opportunity to introduce his work to the community it inspired. This retrospective will be created by his collectors from all over the world putting together over 100 works spanning from 2000 to the present day for the first time.
The exhibition has been curated by Klaus Bruecker and Liat Chen. The exhibition will be held at The Book Club from Wednesday 9th June – 29 July. 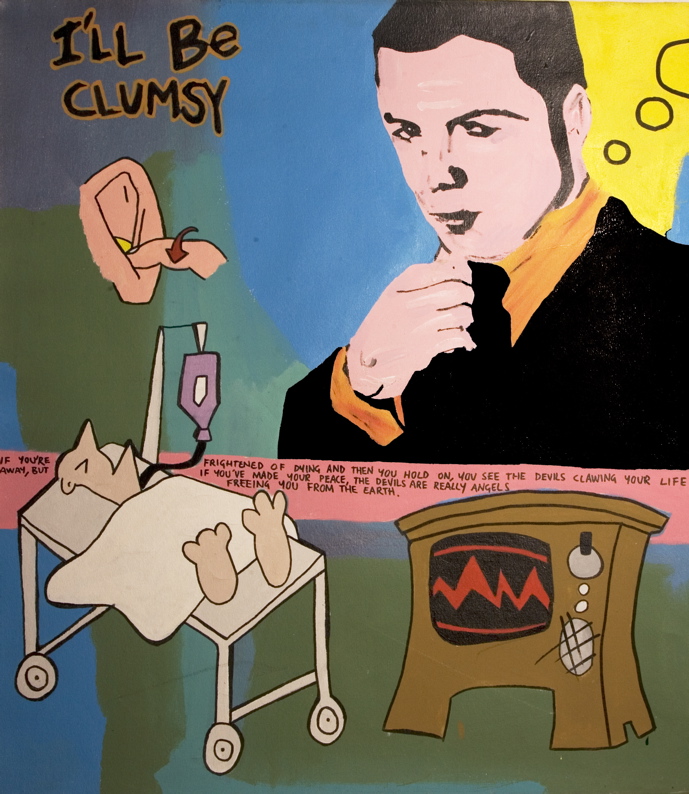 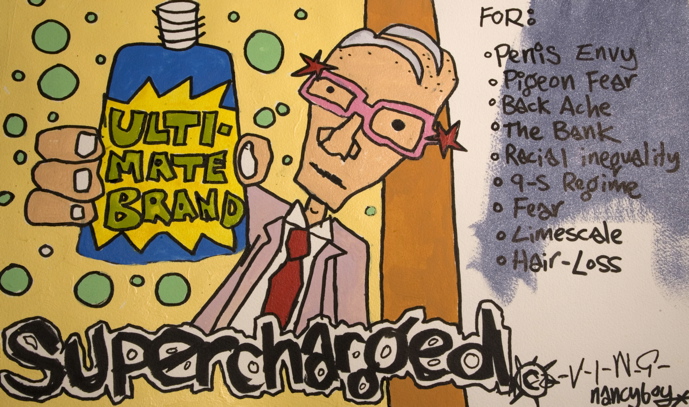 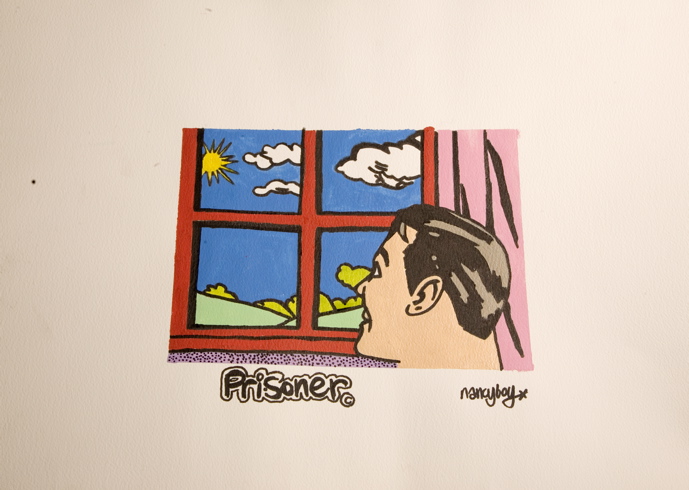 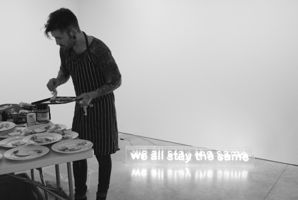 The Royal Academy of Arts Summer Exhibition 2010 celebrates the best of British Art in a variety of media: architecture, photography, printmaking, painting and sculpture