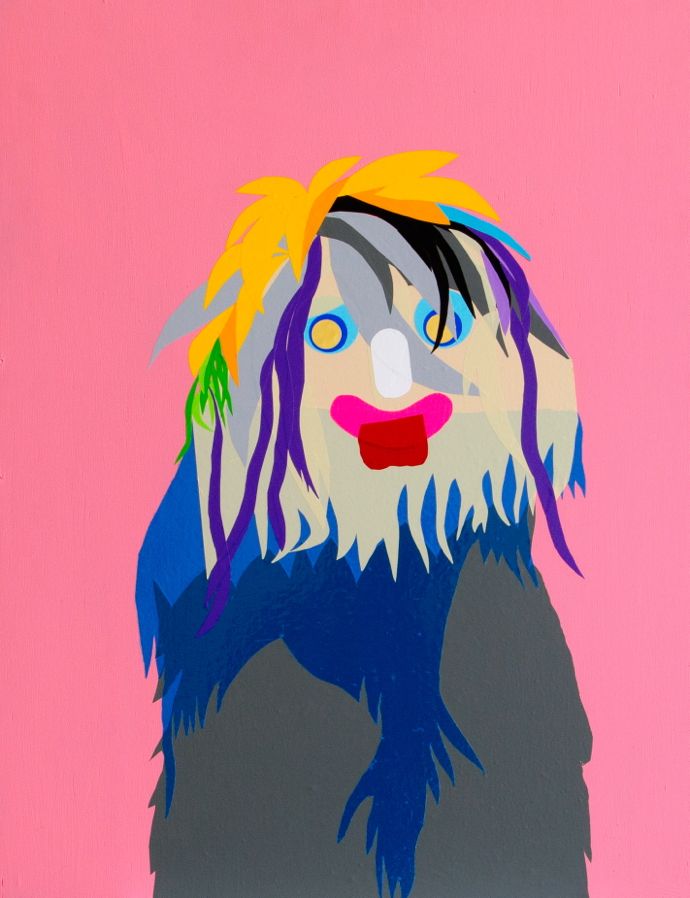 Heidi Plant’s new show at Margate’s Resort Studios Gallery reflects her love of the seaside, colour and making up imaginary worlds. She wanted it to feel instant, fresh and to make the viewer really happy. When asked about her inspiration, she mentions the flat colours of animation, kid’s comics, the ephemera you find on the beach after the tide has gone out – what initially looks like chaotic clumps of seaweed but then separates into a section of vibrantly coloured string, beautiful water-worn pieces of driftwood, sandblasted glass and so on. This she has translated into head spinning worlds of colour that infuse you with a child’s excitement, realms populated by Wookie, Barbapapa and Moomin-like creatures, ice cream lollies and cartoon sausages. 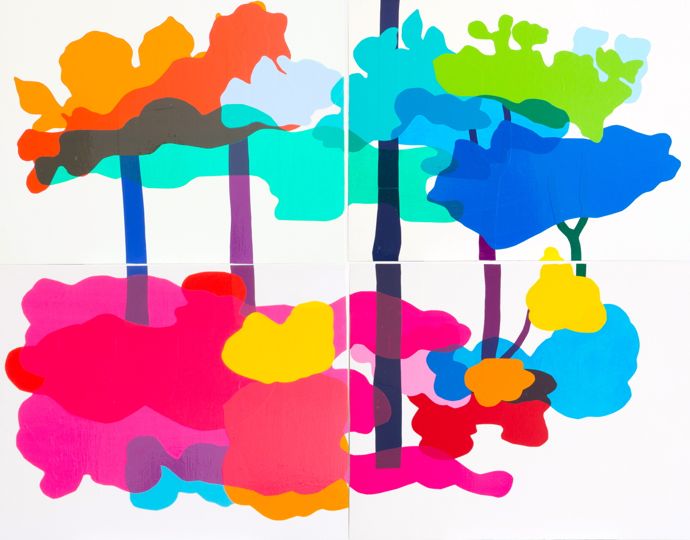 This is miles and miles away from the traditional seaside art of well-meant greys and blues, instead it feels very fresh, fun and modern; the assured handling of colours is like sherbet ice melting in your mouth and you leave feeling invigorated. With Weekend On Marshmallow Mountain, Plant wanted to rebel against what to her seemed like galleries dominated by uninspired art; she wants her work to be a backlash against the feeling that colourful is not the done thing. She has certainly achieved that and much, much more.

Or catch a smaller selection of her work in London, where she’ll be exhibiting alongside Nick Morley (LinocutBoy), Charlie Evaristo-Boyce and Kate Harrison. 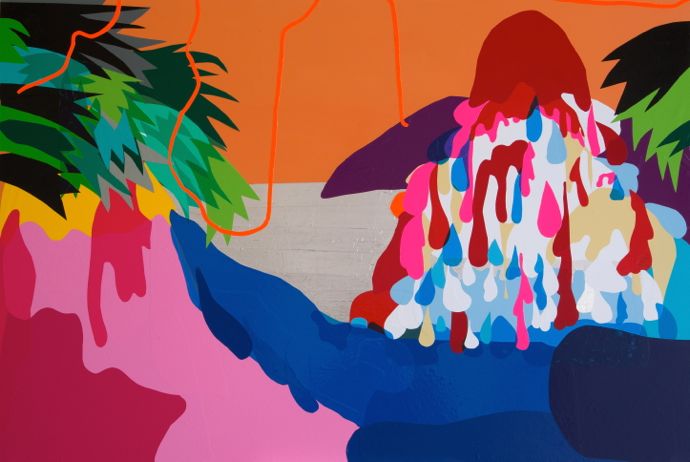 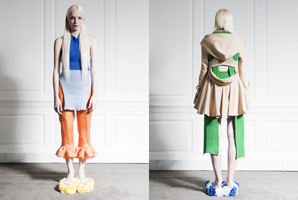 Heidi Leung was the 2nd runner up at Fashion Fringe SS/2012 show. A huggable collection filled with a big dose of humour, optimism and cool understated sexiness. 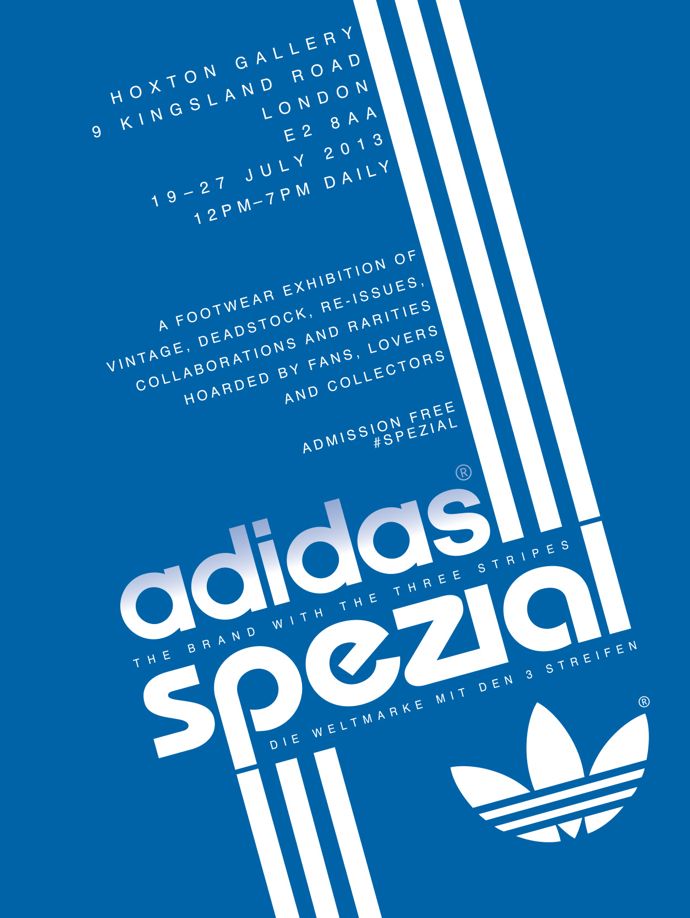 adidas Spezial is a footwear exhibition like no other, bringing together vintage, deadstock, re-issues, collaborations and rarities hoarded by fans, lovers and collectors