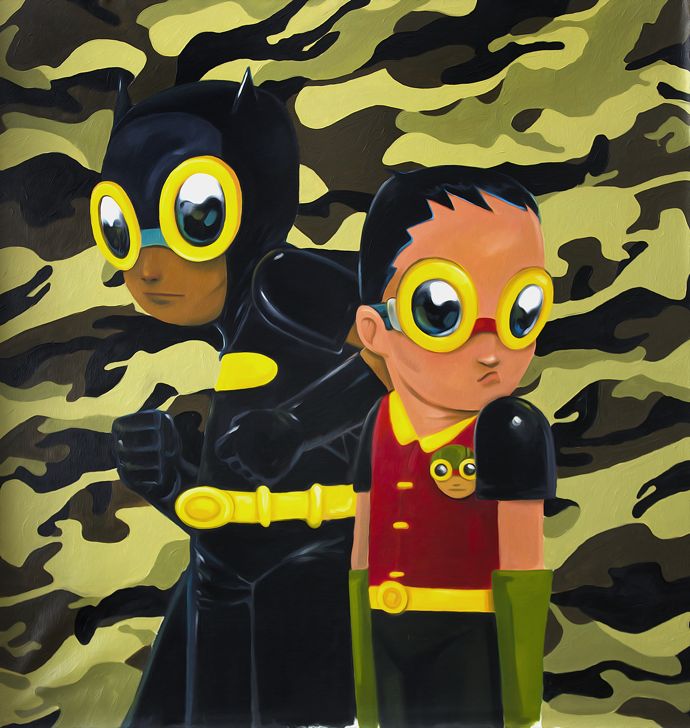 With his UK debut solo exhibition Everyone’s Everything at Mead Carney Fine Art in London, the American artist Hebru Brantley explores the political and social issues in his bold comicbook-like aesthetics. Volt Café had a talk with the artist himself.

Volt Café: Could you please tell us about your background? In what way have an 80’s upbringing influenced your art work?
Hebru Brantley: To me growing up in Chicago in the 80’s was very significant, because it had a major impact on a lot of what I have learnt and even the approaches to art. There wasn’t an Internet access so it was more about the searching and the treasure finding. When you came upon let’s say an artist, a musician, or a movie, you actually had to take time to find it and research it. I also think that around that time a lot was changing as far as media, television and animation, so all of these factors shaped me and my work.

VC: At what point in your life did you decide you wanted to become an artist?
HB: I just knew that it was something that I would love to do at a very early age. As I was growing up, I thought I would do something practical like become an architect, but later on film was an area that I seemed to be drawn to the most.
Though, subsequently I started to consider becoming an artist, as it was something that I could do as a proper job, whether it was as a graphic designer or anything related.

VC: You tend to explore political and social issues in a grotesque way. Could you tell us why do you use these themes in your artistic expression?
HB: It seems natural for me, because it is about who I am as an artist. I don’t try to stray away from the unknown. I think that using subject matter that is very familiar to me is the easiest way to convey the message. I use it because it is accessible and effecting me at the time.

VC: What do you want to communicate with your work? What statement do you want to put across to the public?
HB: I think that it mostly depends on the particular work or series, it is an emotional base. It is also initiated by what I feel like expressing at the moment. I could easily compare it to music… When you’re in a melancholic mood, you tend to listen to something different than when you’re working out.

VC: As you are very involved in projects such as ‘The Watch‘ I’m curious about your view on the new generation of youth culture?
HB: I think that they are definitely in trouble. I don’t pretend to be an activist but if I am able to help than I will always try to do my best. Although the realities are very scary, especially for the kids from my city; for them to come out and become a role model member of the society seems very rare.
When I was growing up, I didn’t see any Black artists who would be prominent or coming from the same background as I do. So for the kids to see that you can make money from being an artist is definitely a positive contribution as it offers another alternative as opposed to what they see as a career which is drug dealing or trying to be a rapper.

VC: We saw that you have posted a photo on twitter of you working on one of your paintings the night before the London exhibition. It truly seems that you are very passionate about your work…
HB: I have a strong relationship with my art so I create it all day and every day, simply whenever I can.

VC: You have gained a BA in film from Clark Atlanta University and have a background in design and media illustration. How do you utilise these skills?
HB: I think that it is all relevant, even with my film background; a good filmmaker is a good story teller. So it is the knowledge about the composition, or the way you approach certain works.

VC: So could you tell us what is the reason that you didn’t go into  film making?
HB: I think that it is because I can do art anywhere I want, on the bus or a train, as it is just a one-man production and I can be self-sufficient. But with film obviously, it is a greater production. Even if you are doing a movie with one actor, you still need a camera crew.

VC: You have collaborated on various projects with major brands such as adidas and Nike. Do you think that commercialism is a good medium for artists like yourself?
HB: I think that it depends on the artist, but being able to control your own merchandising and reaching a wider audience is quite important. I think that with artists there should be an accessibility factor. It still needs to be well managed, it shouldn’t be put everywhere but there should be some availability for people from different demographics and financial point in their lives. I just want to capitalise on it while I’m still alive.

VC: How long did it take you to develop your strong personal visual style?
HB: I think that I’m still learning and developing my aesthetics. I have been painting for years but over the past five years I am more stuck to a particular style. But I’m definitely still growing, and I don’t think I will ever stop.

VC: You grew up in Chicago, where you are still based. Do you feel especially attached to that town?
HB: I think that I have a really strong relationship with Chicago, and since I lived in New York and LA for years and co-live in Miami at the moment, the Chicago circumstances brought me back home so I had to make the best of them.
It is a city that is completely safe when it comes to art and the collectors that are not afraid of stepping outside of the box. Building something in Chicago, where I actually have a prominence means a lot to me, to have a strong foundation in my hometown.

VC: You like using variety of surfaces and media… Do you think that it gives you more possibilities and an absolute creative freedom?
HB: It’s like alchemy, it is about being a student, having a child-like curiosity, wanting to constantly explore. It is essentially about seeing how far I can push myself. 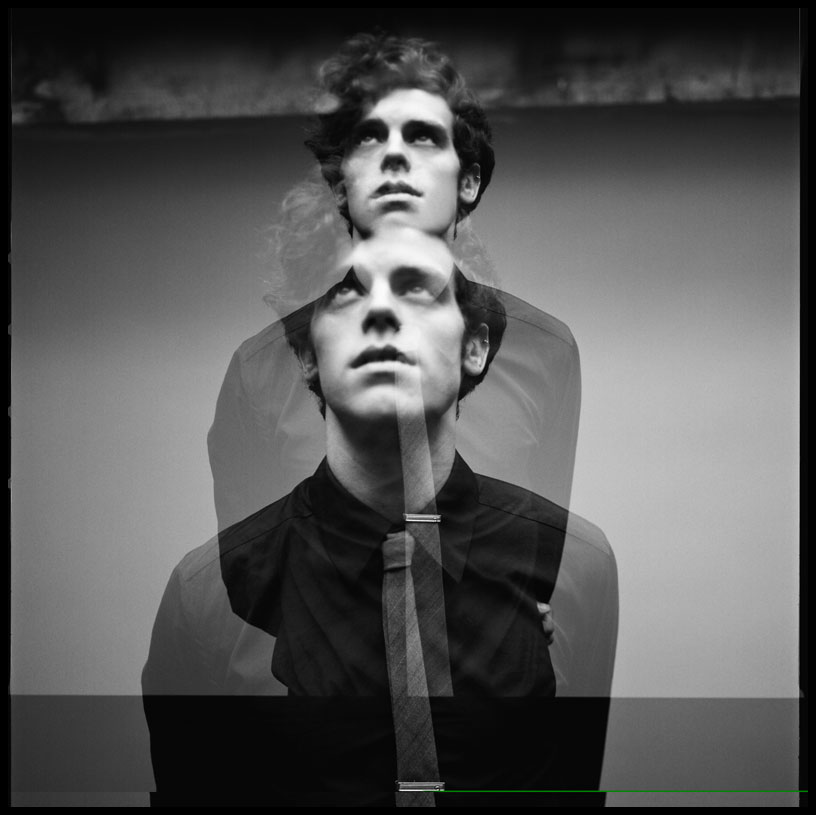 Volt, known for its fashion films and editorials, interviewed Tom Bird, a successful Creative Director, revealing the story behind the camera instead of the front. Bird, gifted with a natural talent for photographing, producing and directing hints us towards his creative thoughts and backstage work process. Volt Café: Your résumé shows an extensive portfolio of […]