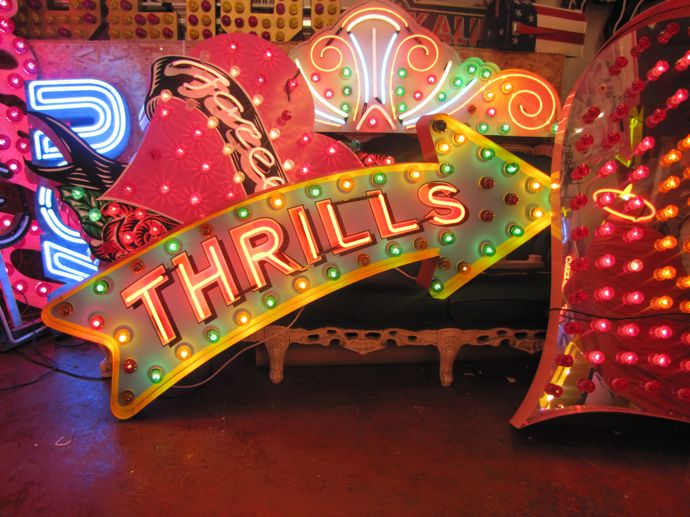 The saddest news have reached us, tragically only too symbolic of the avalanche of substandard and soulless flats being created to make money out of the masses drawn to London’s East End. Previously, areas like Walthamstow were so beyond the pale that they were safe spaces to have a studio (Grayson Perry has his studio there) or anything else of that ilk that was space hungry but maybe not super profitable. Alas, it now looks as if the ‘gentrification’ of East London is juggernauting even in to E17, bringing with it those tell-tale veneer floorboards and single room flats with the kitchen in the corner of the living room – weren’t those bedsits back in the day? – that is now known as a ‘loft style studios’. Sigh.

The latest casualty of this madness is one of the characters that made the East End interesting in the first place. Neon artist and collector Chris Bracey of the evocatively-named God’s Own Junkyard has produced iconic neon pieces for fashion and film for 60 years, making it three generations of Braceys who made neon works which were often archived and stored at the yard for public view. These works were created on-site, something that obviously requires a lot of space. Despite drawn-out negotiations, the land has been sold to property developers (boo! hiss!) and Bracey has been served a notice to vacate by the 21st September. GOJY will join the tragic list of iconic East End landmarks such as the Walthamstow Greyhound Stadium or The Four Aces Club in Dalston, vibrant public places that were forced to close to make way for housing developments. 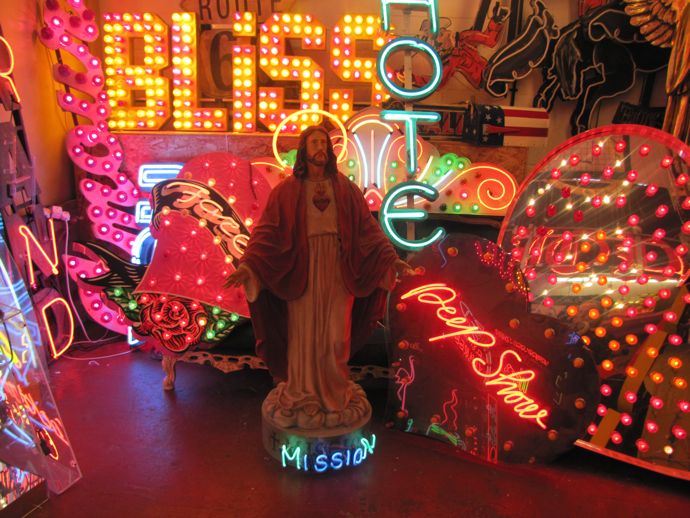 Bracey employs a not insignificant 18 full-time members of staff, including two of his sons. Created by hand, all pieces incorporate new, original illuminated sculptures, salvaged signs, vintage signage, old movie props and retrospective display pieces. Bracey, who had a sell-out exhibition earlier this year at Soho’s SCREAM gallery, says: ‘I’ve lived here in Walthamstow all my life; we’re a family business who has been trading for 60 years. I’m really cut up about it. I’ve worked here with my father and my sons. I love this area so it just feels so wrong.’

Only silver lining in this dark cloud is that after many years of producing pieces for über-cool department store Selfridges – who can forget the David LaChapelle Vegas Supernova? – the London store has offered Bracey a temporary pop-up store, which will sell some of his pieces from 6th September till 18th October 2013. As for a loving home for the vast amount of valuable and historically significant pieces, GOJY is looking into options to ideally remain in Walthamstow but right now, sadly not feeling too optimistic. As Bracey nails it, ‘Developers are taking out thriving businesses and destroying successful places of work with tiny flats and calling it regeneration.’ 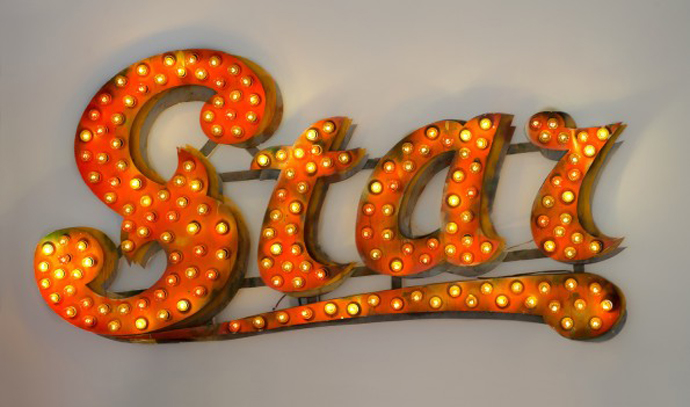 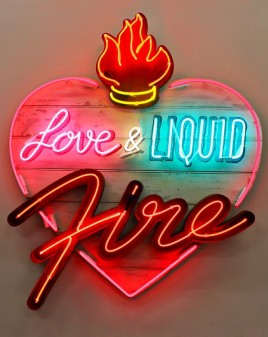 The disappearance of the ‘real’ London along with the increase in rent tend to dominate private conversations and public debate these days. Inextricably linked, it seems inevitable that London will join New York in the transformation from a benevolently nurturing petri dish for squatters, punks, artists, musicians, fashion designers and creatives alike, all living on tuppence ha’penny […] 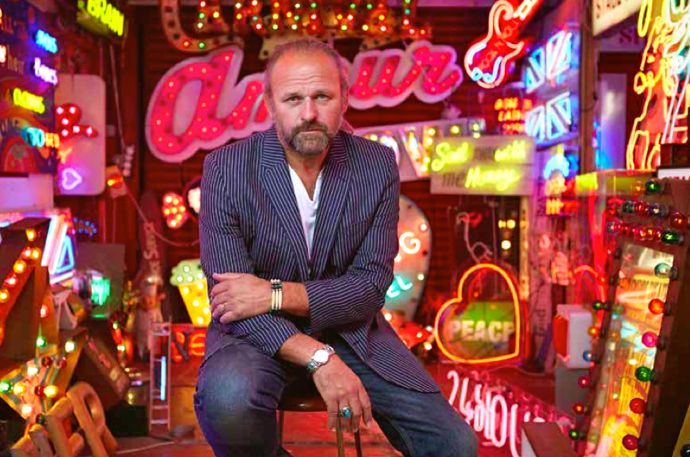