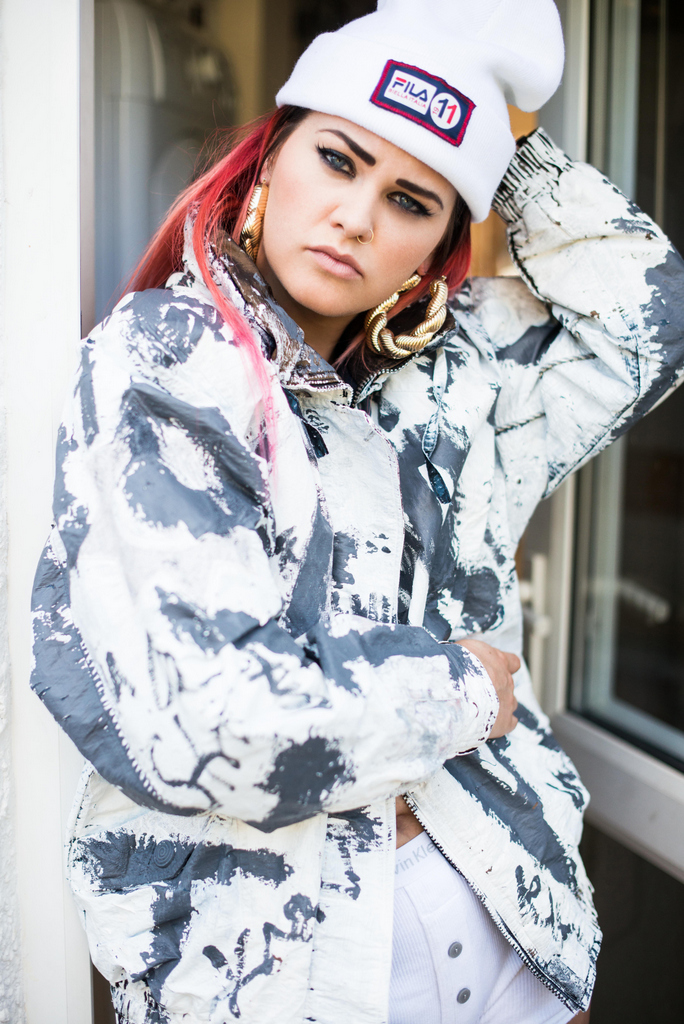 “I proper waffle, you should cut it down shit loads!” – and that’s what we did. Etta Bond, the London based singer who is known for her albums Emergency Room and Meds, opened up to us talking about her music partner in crime Raf Riley, Boring Bitches and her outstanding street style.

Volt Café: Your brother and sister are into music as well. So you’ve probably been brought up with music. How was it back in the days? What music were you surrounded by?

Etta Bond: Yes, my sister is a trained dancer and singer and my brother used to be a DJ. Not some floppy DJ though which you hear nowadays. He was a really sick DJ. I grew up around his music and this definitely had a massive influence on me. When it comes down to music influences such as hip-hop and drum and bass, that definitely comes from my brother.

VC: Have you ever thought about collaborating with your siblings?

EB: I’ve actually done that before. My sister used to live up in New York, I can’t remember how old I was but I went out to see her and we did a little thing back there in her studio. And that’s the only time we actually did something together. I guess it’s because I’m the youngest, so by the time I sort of got into music my brother already had his first baby and stuff. Maybe one day.

VC: You work with Raf Riley. Do you think it’s an advantage to work together?

EB: Yes it definitely is. We’re both still solo artists, we do our own projects but we just happen to work very well together. We made loads of music together so it just made sense. You know what I mean? 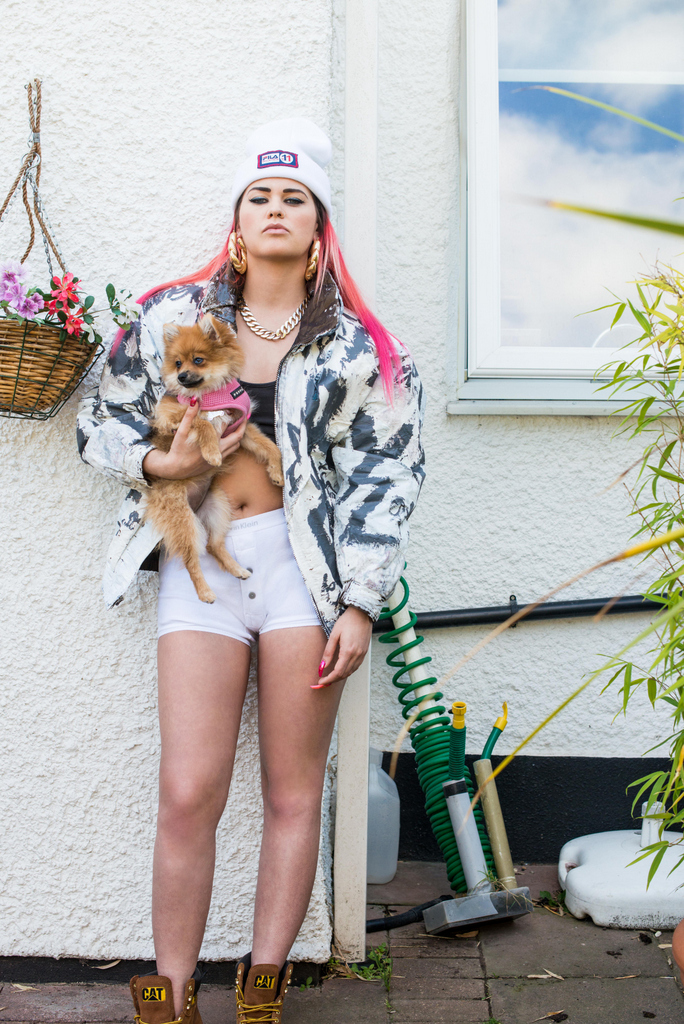 VC: If you could describe your music in 3 words, what would it be?

EB: I… don’t… know…. No seriously. I can’t work with limitations and stuff.

VC: So when you’re writing your music how’s your process like? Where do you get your inspiration?

EB: I can get inspired by literally anything. When you’re an artist you see the world differently. The world affects you in a different way because you create from things. When something bad happens, or when I go through a sad or difficult time in my life, writing helps me to sort out my feelings. Once I’ve written about it, it makes me feel as if it wasn’t a waste.

VC: So your songs are based on real events?

EB: Yeah mostly, sometimes they will be written from another perspective. For instance, “Ask Me to Stay” was written from someone else’s perspective. I was still involved in the situation though. Some songs sound a bit silly, at first hear you might be like “whatever” but it’s always relevant in some way.

VC: Could you tell us more about the thought behind the song “Boring Bitches”?

EB: I wrote “Boring Bitches” the day after a launch party, which took place in the West End. At that point I hadn’t been raving in the West End for a while and I forgot how rubbish it is there. People look so bored and angry with the world and nobody wants to dance – it’s ridiculous. The song isn’t made to call people out though, I’m actually trying to join people together.

After I wrote that song, I was like, “shit, I can never stand still in a rave again”. That’s the thing, once you put it in a song, it’s forever there. It’s one thing saying that you’re something in your head, and another thing when you’ve shared it with the world. Then you have to make sure that you stick with it. It works like a constant reminder. 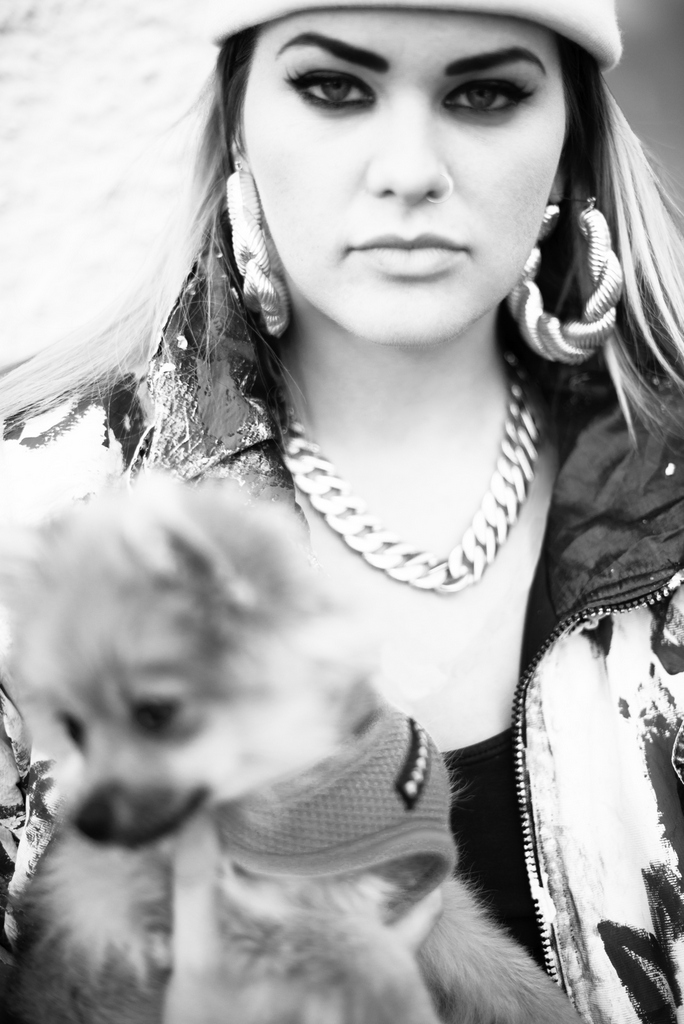 VC: How does your newest album Meds differ from Emergency Room?

EB: Emergency Room is like meeting me in a rave, Meds is me falling in love – getting to know me on a personal level. It’s definitely a progression and it’s still very me but from a different angle. I’m just in a different part of my life right now, which makes me talk about different things. It’s nice that people who listen to my music are getting to know me a bit better in that sense.

VC: You’re originally from Cambridge but moved to London. Does London inspire you?

EB: YEAH, definitely. I went to boarding school at the age of 13, where I didn’t really fit in, or in Cambridge actually. So when I moved to London it felt as if I finally came home. It was such a sense of freedom and acceptance in a way. Everybody here is so expressive, I love that about it. Also, London is moody, it’s a brilliant inspiration – night time walks are my absolute favourite thing here. I love to walk at night with my headphones in or sit in the back of the bus and listen to some new songs that I’ve created.

VC: Would you ever leave London though?

EB: The world’s too big for me to stay here forever. I feel free here spiritually, to an extent.  Sometimes I feel like, although I love it here, I don’t have a choice. I would love the day to come where I have the choice to be like “You know what, I don’t wanna be here anymore” and move.

Another reason why I would like to go away one day is to be somewhere where people don’t know you and have a genuine first conversation.  Sometimes it feels strange when everybody starts to know who you are. When you meet someone for the first time, you don’t know them but they already know a lot about you. I love meeting new people, so that almost spoils it for me. 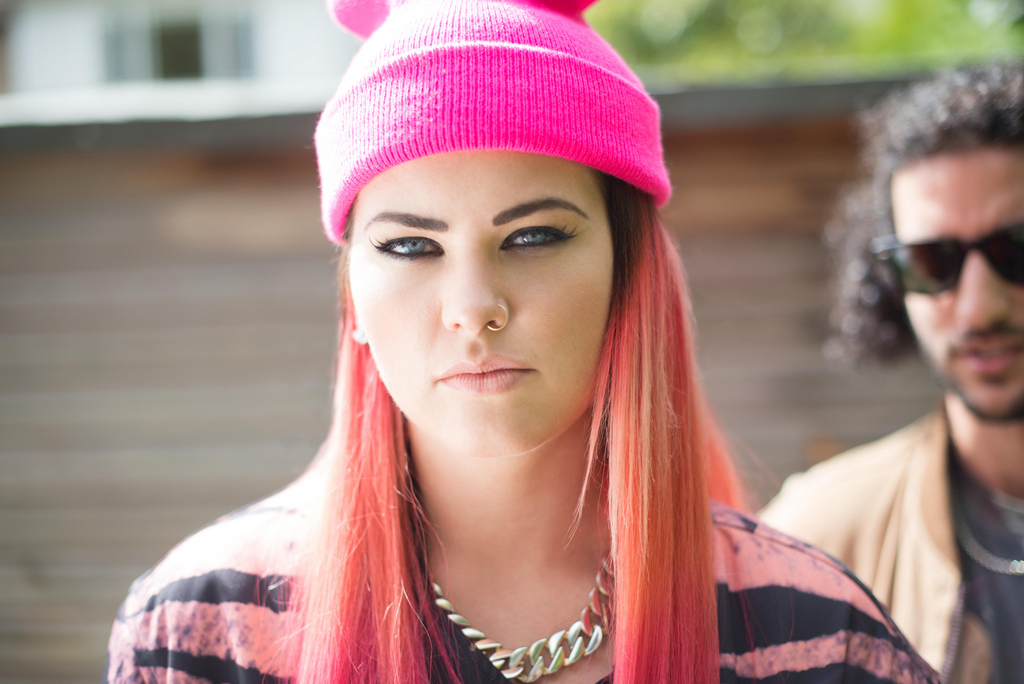 VC: As your music contains a lot of variety in genre, your style seems quite solid and outstanding. Could you tell us more about your personal fashion style?

EB: It depends on how I feel. A few years ago I was dressing like a hippie (read: not like a HIP-STER), wearing flowers in my hair, harem pants and sandals. I was in that frame of mind at that time. And then all of a sudden I changed it into this Goth – angry black lipstick. It depends in what stage of my life I’m at. I don’t have to put on a dress with spikes coming out of the back to get my point across. To people who say “Wow I couldn’t pull that off” I would say: yes you can. I very much believe that if you feel comfortable in something, other people are going to see that and they will accept it. It’s about how you carry your clothes.

VC: Where do you shop?

EB: I’m the charity shop queen. I moved a lot around London and I can tell you where some sick charity shops are. When people ask me: Where did you get this from? I’m like “Oxfam. £2,99”. 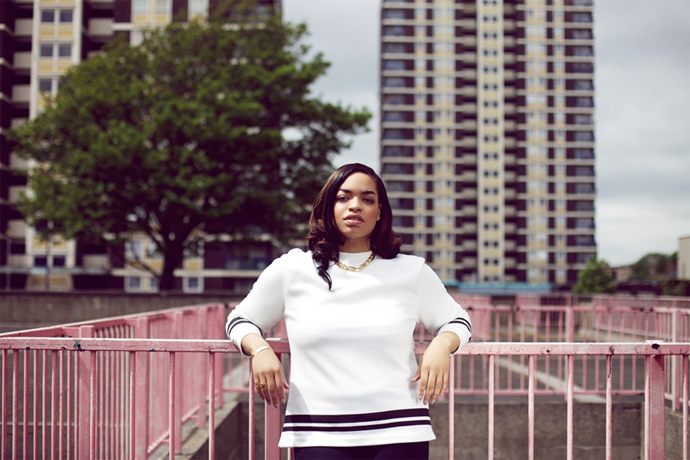 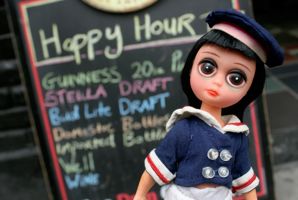 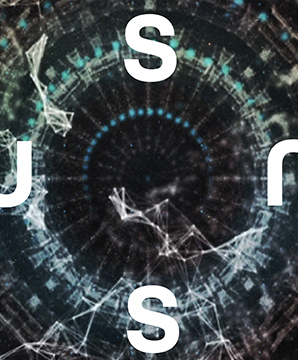