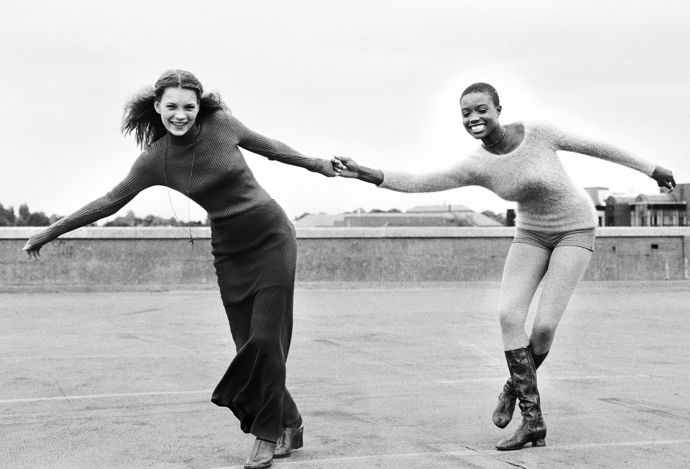 My elation at this long overdue exhibition at Gimpel Fils of the photographer Corinne Day’s work is also tinged with sadness. Day’s untimely death in August last year abruptly put an end to a career that yielded beautiful and unusual work despite at times being courted by controversy. She is often attributed with launching Kate Moss’ career with her series of images for The Face in the early 90’s and her iconic cover of Kate wearing a feather head dress, seemingly devoid of make up or artifice, laughing at the camera, has deservedly gone into fashion history.

Day more than anything loved to portray the notion of freedom; the freedom for the model to express herself, not to be locked into a set pose, the freedom for Day to pursue her own interests rather than a predetermined brief given by the editor and the belief that beauty is everywhere and anywhere you choose to look. A noble belief but one that didn’t always endear her to the very people she depended on for work. Coupled with her illness and despite the campaign launched by Kate Moss and friends, ‘Save the Day’ which raised more than £100,000 to pay for Day’s treatment, her later years were undoubtedly hard.

The show at Gimpel & Fils includes images from two of Day’s fashion shoots for The Face, ‘Heaven is Real’ and ‘Borneo’.

‘Heaven is Real’ is also the title of a forthcoming book published by Mörel Books. Due out in September 2011, it will contain unpublished photographs taken by Day in the late 80’s and early 90’s as well as images from a project by Day to follow a group of homeless teenagers in Berlin. The way the book traces Day’s working technique it becomes obvious that Day didn’t really separate her personal and commercial work – rather that each shaped and informed the other. The title of the book more than sums up Day’s fierce attitude to life, it was almost as if she knew her time span on earth would be shorter than most. ‘Heaven is Real’ include newly commissioned essays on Day by Charlotte Cotton, Creative Director of The National Media Museum and Dr. Alice Correia, lecturer in Art History at the University of Sussex. 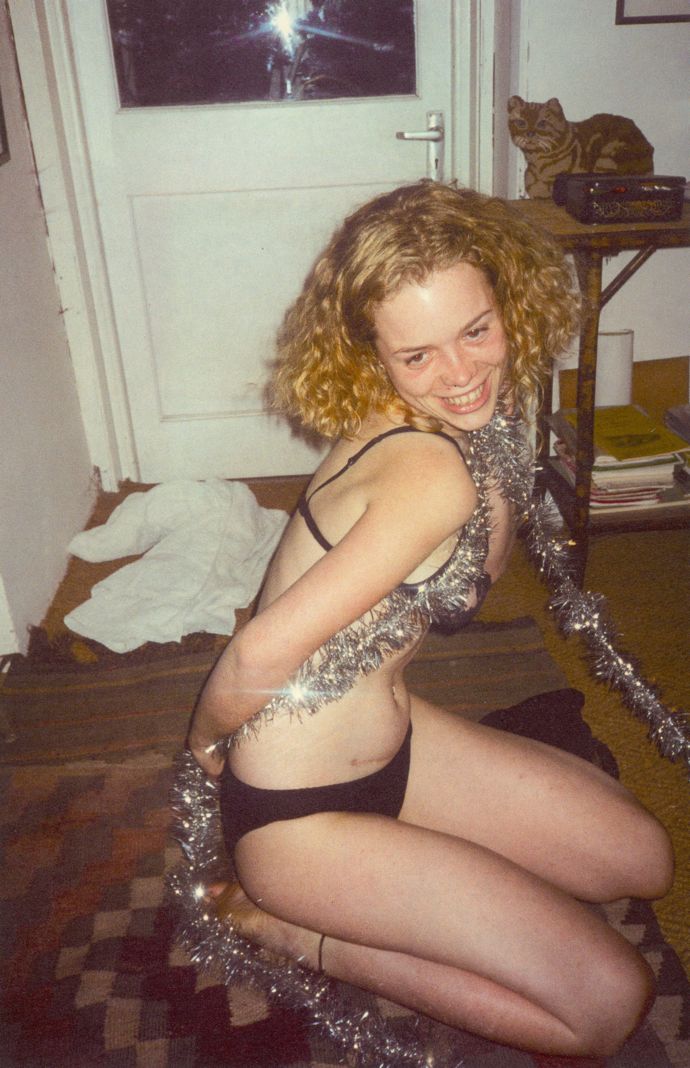 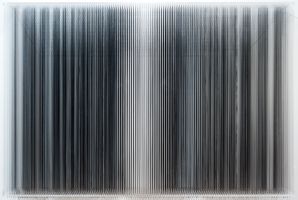 Robert Currie’s Latest Works at Gimpel Fils deserves engagement, you will find an eerie peace descending on you as you view the delicate patterns 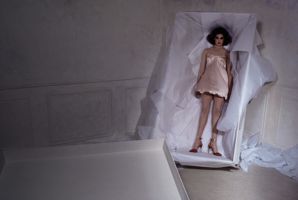