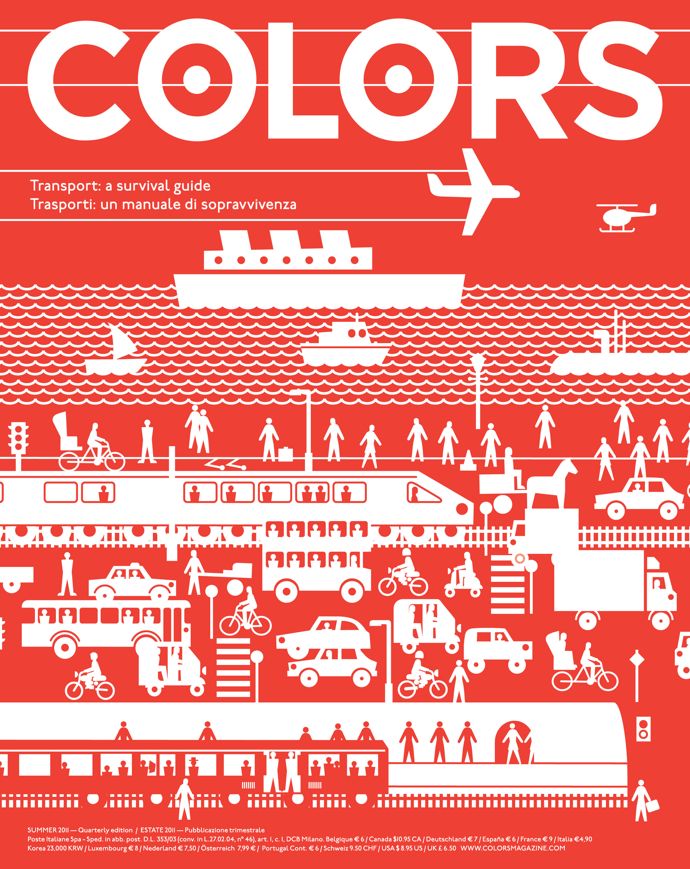 In London the COLORS Survival Guide goes on display at the Design Museum. And simultaneously on the digital network of trendsetting United Colors of Benetton so-called Icon stores in Europe.

To celebrate the emphasis that Benetton puts on art, architecture and design, the brand is going to screen a series of events at its Benetton Icon stores in London, Milan, Barcelona and Paris to run simultaneously with the COLORS magazine’s trilogy (Happiness, Shit and Transport) exhibited at the Design Museum.

COLORS, the magazine that talks about the rest of the world, is published by Fabrica, Benetton Group’s communication research centre.

The Icon stores will host the projection of videos and artistic animations about the COLORS London exhibition on the Benetton Live Windows: a network of large, high-definition video walls, which transform traditional store windows into high-tech multimedia screens enabling a new customer experience where you can have the excitement of taking part rather than just consuming.

Visitors to Benetton Icon Stores will be led through the stories of COLORS in an unpredictable journey through our habits and contradictions: an unusual yet authentic world, as only reality can ever be. They will also be offered copies of the magazine alongside other in-store initiatives inspired by different cultures, young people’s creativity and the future of new media.

This is not the first time Benetton is at the Design Museum. In 2007 the complete collection of COLORS magazines was exhibited, together with 24 other objects that have made the history of design, during 25/25, an event to celebrate the 25th anniversary of the opening of the Boilerhouse, the original nucleus of the museum when it was based at the V&A.

THE COLORS TRILOGY | THE SURVIVAL GUIDES

N° 83 – Happiness (Spring 2012)
Happiness, the spring issue presented as a worldwide preview at the Design Museum, explores the different approaches to joy, from neuroscience and plastic surgery to Prozac and positive psychology. From Korea to Mexico and China to Finland, this is a handy guide to how to cheer yourself up, and why the World Health Organisation predicts that within 20 years, depression will be the most widespread illness on the planet. We don’t want that to happen – get that copy NOW!

N° 82 – Shit (Autumn 2011)
Faeces. Excrement. Dung. Poo. Crap. Call it what you like, but the topic is still off limits to this day. Around two thirds of the world’s population do not have a toilet or latrine, and as a result, simple intestinal viruses kill more people each year than AIDS, malaria and tuberculosis put together. Childish-sounding poo can be a weapon of mass destruction (something to mull over the next time you’re laying some serious cable!) and biological pollution, but it is also a fuel or a fertilizer: it can warm us, feed us and heal us. It is the most underrated resource in the world, and it can save our lives. If only we’d stop pretending it doesn’t exist.

N° 81 – Transport (Summer 2011)
The complex grid of land, sea and air transport constantly feeds the economic development of the planet. 90% of journeys take place thanks to oil, a resource that is rapidly running out. You only have to look at the recent panic and queues at the petrol stations to realize how dependent we are upon this fuel. Soon, for example, we may no longer be able to fill up the 140 million cars that currently move around the United States, never mind the 32 million cars in this country. Scary statistics. Not the impending lack of petrol, more the fact that this country literally has a car for every 2 people, including babies, young children and others unable to drive one in the first place.

COLORS tells the stories of those who, under the pressure of local circumstances, or simply to follow their own dreams, have adopted ingenious, sustainable, alternative solutions for their travels.

COLORS Magazine was founded in 1991, it is a quarterly magazine that makes use of a network of collaborators hailing from all corners of the globe. In addition to the four bilingual editions (English + Italian, French, Spanish and Korean), starting with issue n° 83, Happiness, there is also a Chinese edition, distributed throughout China, Hong Kong and Taiwan, as well as in Australia and New Zealand.

All illustrations by James Graham
Words by Anna Bang 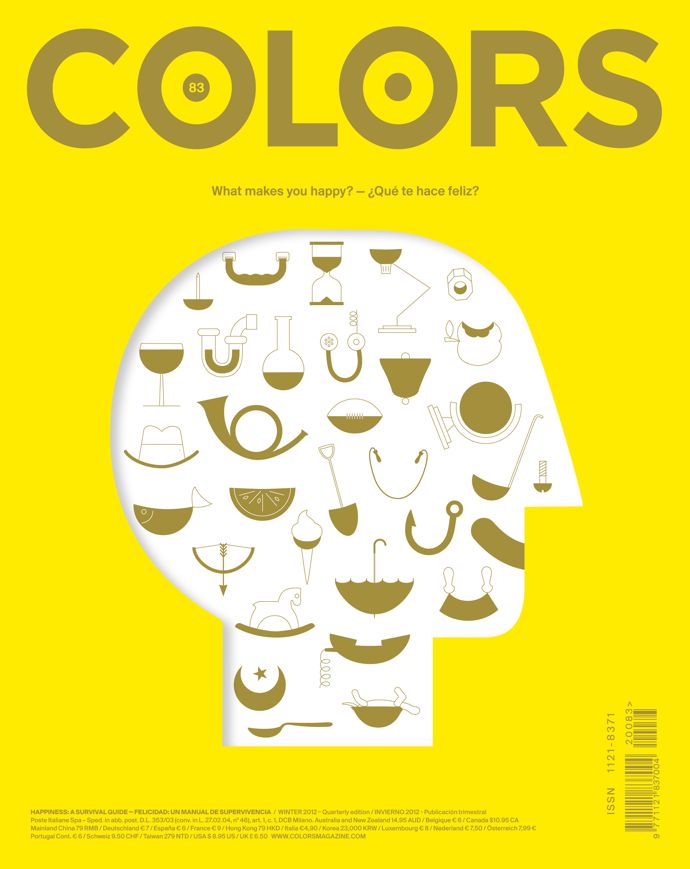 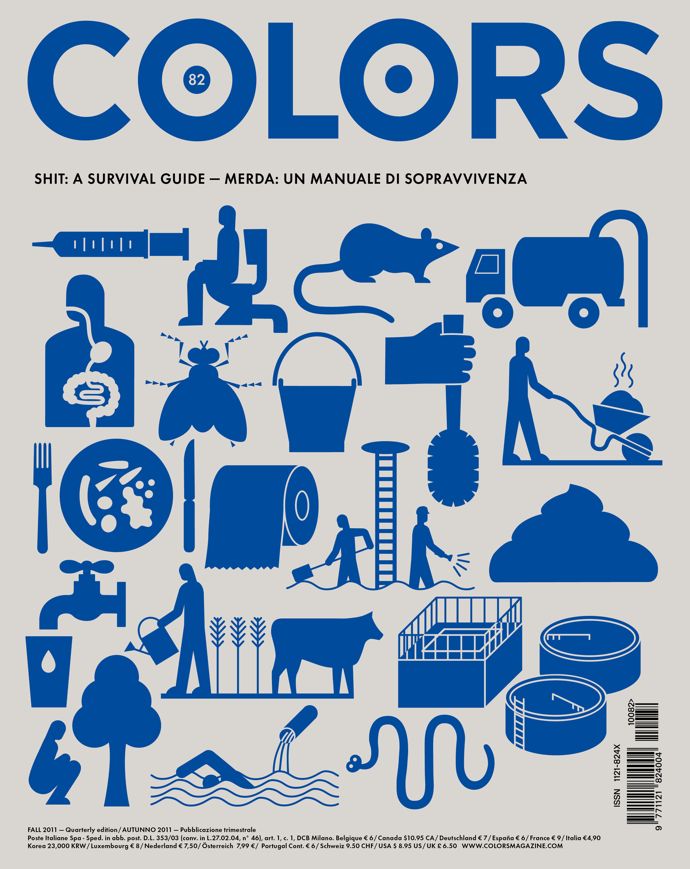