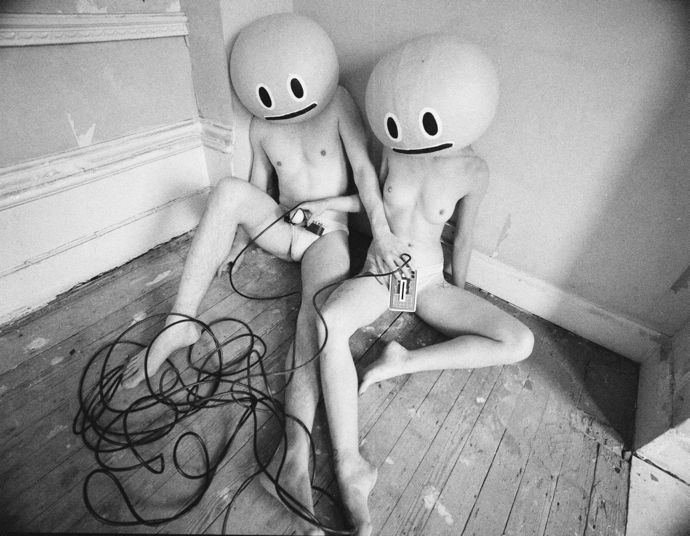 Colbert’s Ordinary Madness is not only pleasing to look at but as you’d expect from artist and natural born storyteller Charlotte Colbert, these images also have layers of information liberally applied. Taking as her starting point the age of technology and how we’re dealing with it, her upcoming exhibition at Gazelli Art House highlights the language of emojis and whether it actually works as intended if we sometimes struggle to interpret it correctly. Recent studies have shown that we decipher these supposedly universal symbols in very different ways, leading to all sorts of miscommunication and bruised egos! 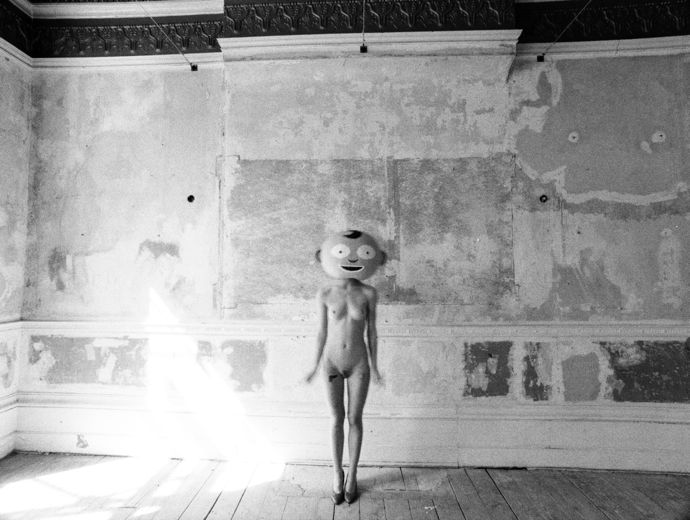 Colbert has taken the digital image and placed them over the faces of her naked females shot in an intriguingly derelict setting, one that’s made all the more curious when you find out the grand-looking setting was once a lesbian commune in East London. How deliciously recherché! Indeed, many of the models are actually members of a different feminist commune in London, bringing a pleasingly pre-hipster/70’s vibe to the proceedings. Colbert explains, “There was something really powerful about the nudity on the shoot and I thought it tapped into a fantasy of ancient Greek female warriors.” 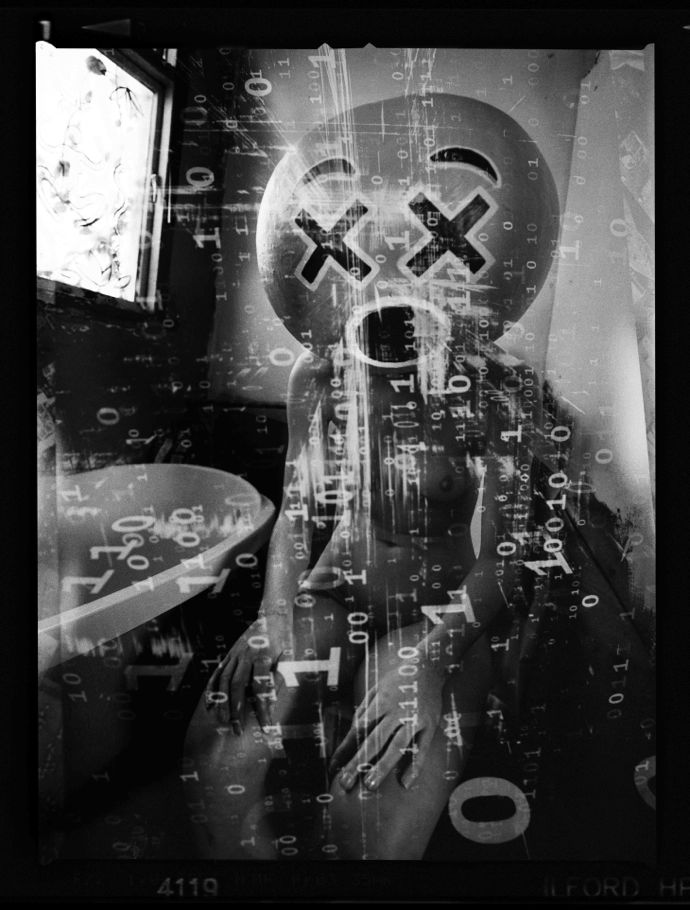 Colbert’s work has been likened to the surreal work of Toomer, Breton and Dali (Phaidon), an “exploration of the human mind” (Vogue) and as “existing in that space of dreams and nightmares” (Las Ultimas Noticias). Laura Bailey in Vogue wrote: “A truly original visual storyteller, her images are hauntingly evocative”. 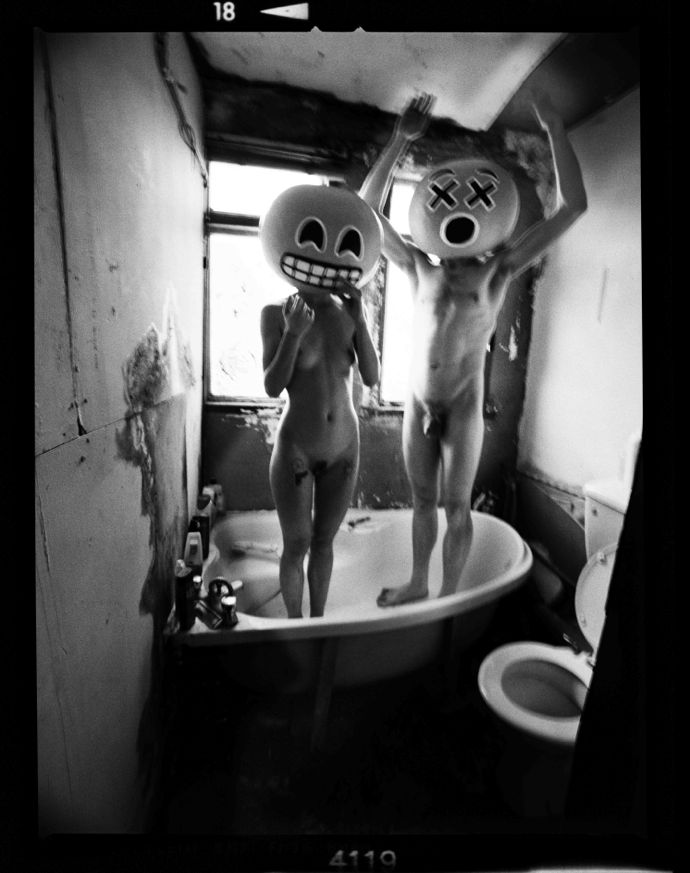 Charlotte lives in east London with her husband, Philip Colbert, the pop art inspired designer and fashion label founder, and her daughter.

If this has made you interested in exploring more of Charlotte Colbert’s work, her pieces will also feature as part of a new exhibition, Daydreaming at Somerset House, curated by Mo’Wax and UNKLE founder, artist and DJ James Lavelle, featuring a host of contemporary artists, film-makers and musicians showcasing works inspired by Stanley Kubrick. Participating artists including Sarah Lucas, Gavin Turk and Mat Collishaw have been invited to respond to a film, scene, character or theme from the Kubrick archives, shining new perspectives onto the cinematic master’s lifework. Film director Alfonso Cuaron (Gravity) said of these “Charlotte Colbert’s beautiful images capture our frailty trapped in the bubble of our own existence”. Daydreaming starts on 6 July 2016. 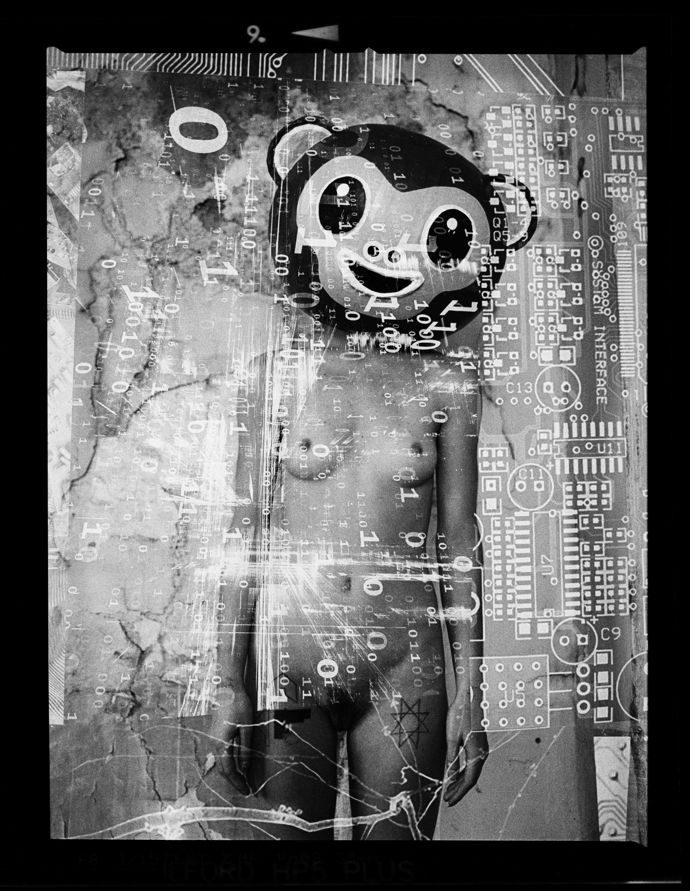 She has also just finished directing The Silent Man, a short film, which she scripted and directed herself starring Sophie Kennedy Clark (Philomena, Nymphomaniac), Simon Amstell (Nevermind the Buzzcocks, Black Pond), Cillian Murphy (Sunshine, Inception) and Ben Miller (Jonny English). The short film will be previewed at a number of screenings and festivals, so look out for it. 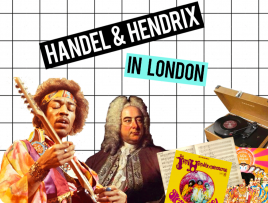 Ever wondered what the home of a legendary 60’s icon looked like? If you have, this will be right up your street. After a £2.4 mio restoration, Jimi Hendrix’s old flat in Mayfair is opening up to the public. From 1968 -1969, the Georgian building of 23 Brook Street acted as Hendrix’s and his […] 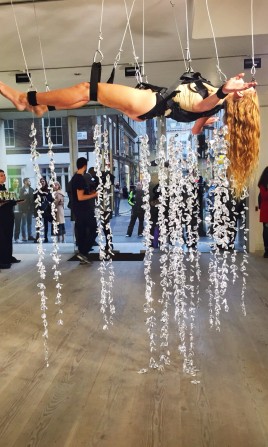