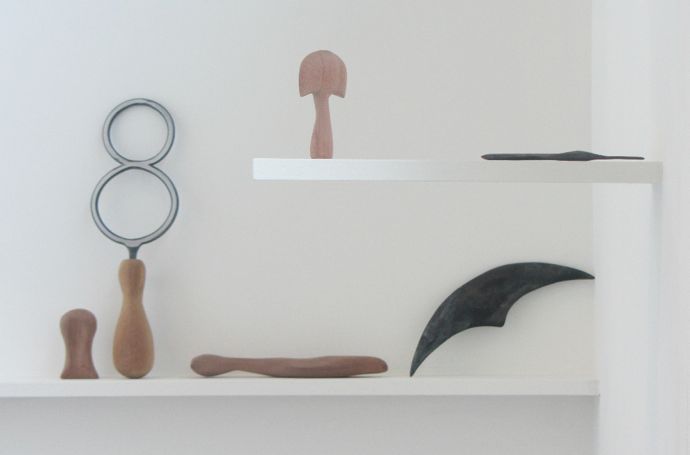 My first visit to the new Central Saint Martins‘ premises in King’s Cross coincided with the degree shows. So it was a double whammy – the vastness of the space and the equal mass of creative output was pretty overwhelming!

First of all the space. I’ve been twice now and I still feel somewhat dazed. Mixed with feelings of envy – I went to Chelsea, Camberwell, back to Chelsea (yup, basically hung in there for as long as I possibly could) and worked at the RCA. All four were lovely, I had the best time, great tutors, but the one uniting element was a very creative delapidation and mess. You never thought twice about ‘experimenting’ with everything and anything from paint to latex, which would be generously sloshed about without a care in the world, or ripping a TV apart to explore the innards. I remember the floors, walls, tools and big sinks were caked in remnants of the thousand ideas that had gone before. Sometimes it was pretty annoying you couldn’t find ANYWHERE clean to put your (in your eyes) unique and stunning finished project… NOTHING was pristine there! But we always felt encouraged to explore the media fully and we had tremendous freedom to express our ideas. The canteens were pretty basic too… Bird’s Eye custard was seen as the height of culinary endeavour. Back then you were actually allowed to smoke in the canteen, imagine!

Whereas CSM Kings Cross is a stunning arts factory with what looks more like a restaurant than a canteen. When I spoke to the students, they all admitted the canteen was indeed amazing, but grumbled about an (in their eyes) overly zealous attitude to health and safety and having to get clearance to do projects, having to be careful with their new immaculate surroundings. Obviously it’s all brandnew and you can appreciate the desire that it should stay nice looking for as long as possible but on the other hand, if you can’t go wild at art college then what’s the point? So I felt their frustration.

The body of degree work is HUGE… I know I could go back again and see pieces I’ve missed but these caught my eye.

Adriana Machado’s Remember This Feeling. Adriana’s grand mother suffered from Alzheimer’s. Despite the fact that her short term memory, sense of location and understanding of the world had almost gone, she still knew how to pray with a rosary, this object had great value to her. This inspired Adriana to explore if textiles could bring positive sensory stimulation to Alzheimer’s patients. Taking common, everyday objects familiar to the individual Alzheimer sufferer and reinterpreting them in scale and tactility she sought to design sensory experiences to momentarily alleviate stress and anxiety, promoting short-term positivity and calm. 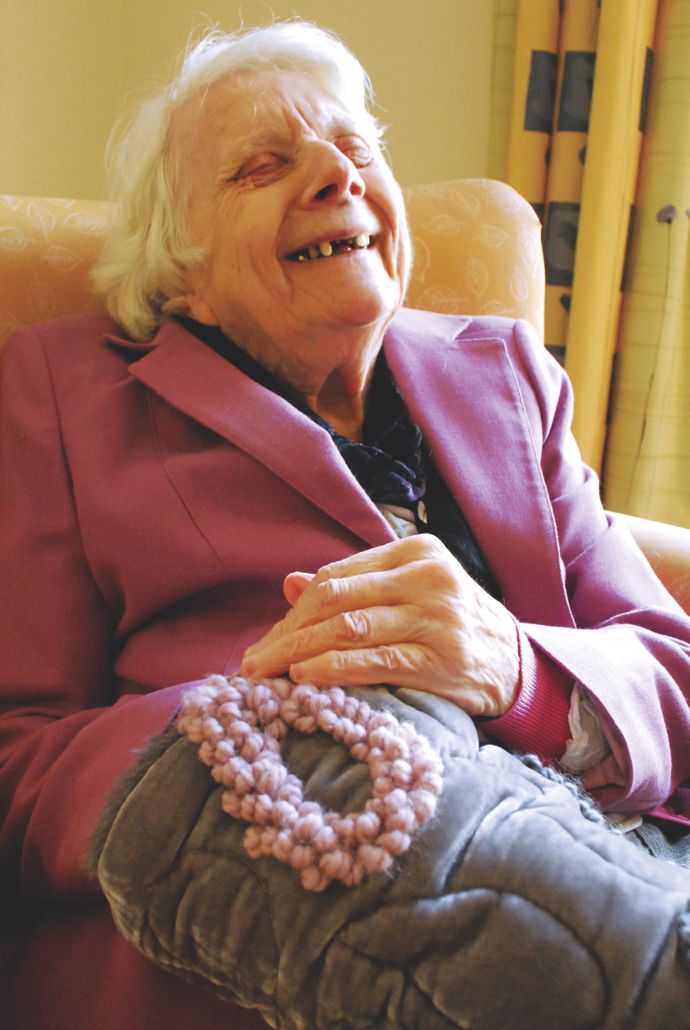 Touch is the first sense that develops in our brain when we are born; it is also the most powerful, long-lasting form of communication when we grow older, particularly when our other senses start to fail. Using textiles as a medium to stimulate and create a wide range of positive sensory experiences was her main aim for this project. What I liked about her work was the exploration of tactility, the desire to use design as something else than decoration and her description of working with her group of Alzheimer’s patients. Very touching and uplifting. Not always fruitful, she admitted that there were days when they didn’t respond to her textiles but the times they did gave her the encouragement to carry on. 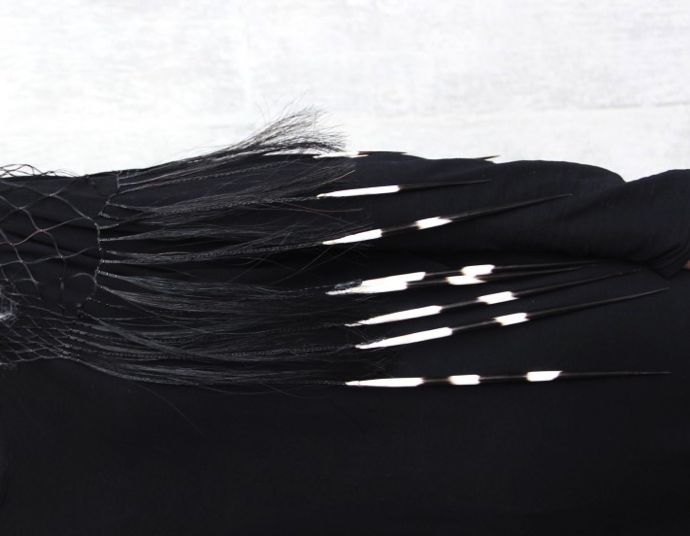 Another interesting Textile Futures student is Sophy Stoenner. Her idea was to explore animal-friendly fur trimmings. Thus both the consumer and the animal can still enjoy wearing the fur rather than just the consumer… By collecting animal hair that had been shed naturally (as anyone with a cat or a dog will attest, this happens ALL THE TIME, in copious amounts), combed out, cut or even shaved off she created an alternative to the current treatment which was both ethical AND luxurious. Her commendable and ingenious techniques included hair extension and lace making. 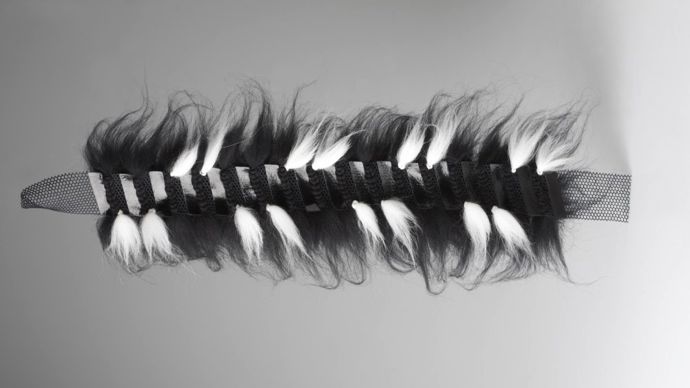 The results were both beautiful and a thousand times more interesting to look at than the sadness of a fur trim on a garment, be that from the high street or couture, which you know an animal died for. 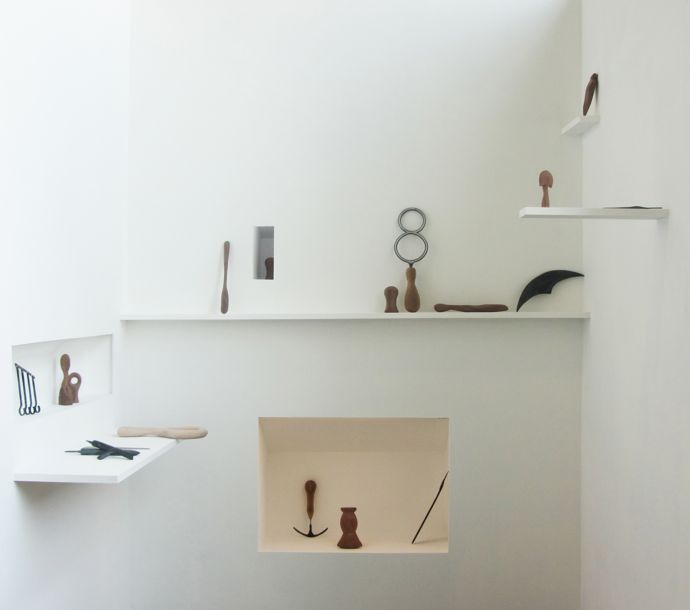 Danielle Gottesman is a Fine Art student. Her work consisted of what she calls ‘fictional tools’. She feels that we’re losing our regional roots to the internet, that the screen has replaced the depth of the past. Although we now rarely use hand tools, we remain fascinated by them. She enjoyed creating these invented tools but also wanted to comment on the fact that we are often too quick to date objects, to categorize them. Her ‘fictional tools’ are works of art that you both enjoy looking at and want to touch. 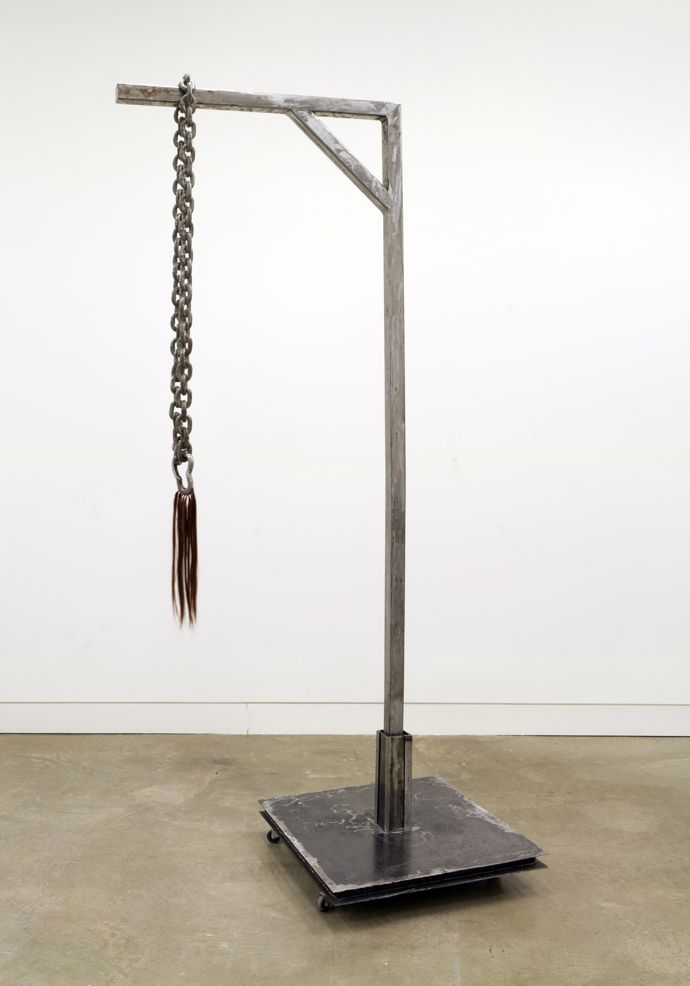 I really liked Leila Alice Smith’s Boudicea. The juxtaposition of the masculinity of the metal with the femininity of the hair created a very interesting tension. In Leila’s release she states: ‘My interests also move towards craft and the rapid decline of skill based practice within conceptual and contemporary art scenes of which I feel I can address through the craft of metal work.’ She is not the only one – I feel there’s an increasing shift back to an ‘analogue’ approach to art, possibly as a response to the at times very same-y results you get with a digital approach.

These are just 4 examples of a large body of work. It is absolutely worth going to see the wealth of inspired creativity on display. 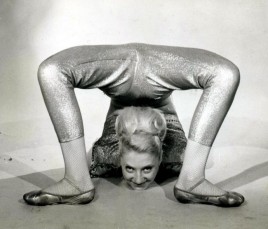 20 ArtEZ Institute of the Arts students shows their collections which were full of variety, ranging from remarkable cuts via the art inspired to eye-popping pastels 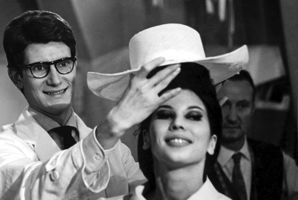