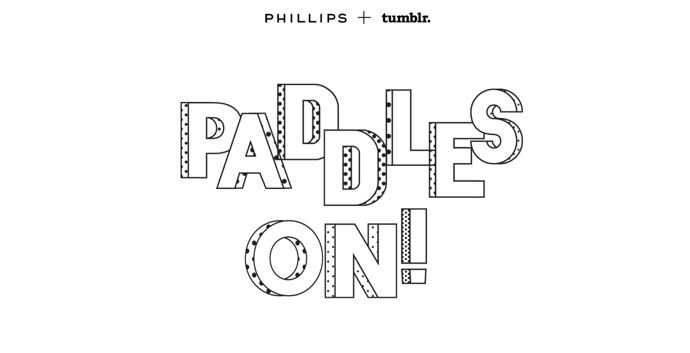 The grand old institution that is the Phillips auction house in London recently hosted an auction online to sell internet art. Yep. The time has come, my little friend. Digital and internet-based artworks are infiltrating fine and contemporary art markets. Cashing in on some much-needed legitimacy along the way.

The Paddles ON! auction operated in partnership with Tumblr – an interesting move which gave it the kudos needed to entice a younger audience. But one that also gave Tumblr a certain whiff of maturity not commonly associated with its screaming fan girl user-base.

In an unprecedented move, all 20 pieces were auctioned live as is commonly the case with fine art sales, as well as online. This body of work hugely tested the  boundaries of what would tradtionally be considered “art”. Take Ifnoyes.com, a piece by Dutch-Brazilian artist Rafael Rozendaal which is basically just a website. A website. It is a snazzy website, don’t get me wrong. It features a moving screensaver that visitors can alter by moving a cursor across the screen creating psychedelic quivers. But it’s a website nonetheless. How are we supposed to sell it, and more importantly experience it?

This is a question that has proven difficult for the art world – an ageing, bed-ridden institution that finds itself shaking its catheter at a new wave of digital-native artists with their convoluted videos and stroke-inducing websites.

How do we sell something we can’t touch or hold, much less appreciate on a wall? How do you sell and make private something that is based on the openness and shareable tactility of the web? 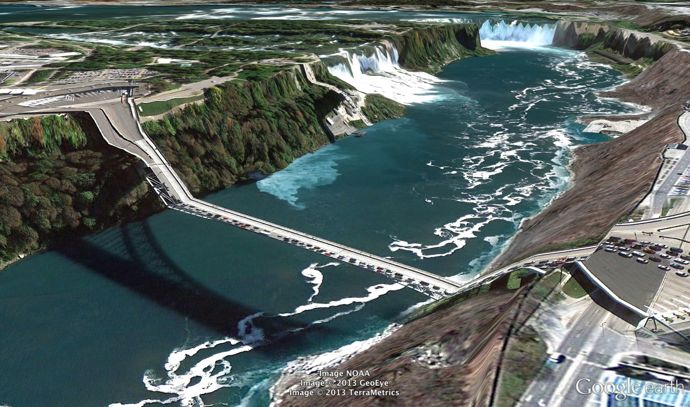 And can artists even claim work as their own? Like the series Postcards From Google Earth by Clement Valla, a collection of screenshots from the internet giant’s mapping tool. Who made this? Valla, or more rightly Google? 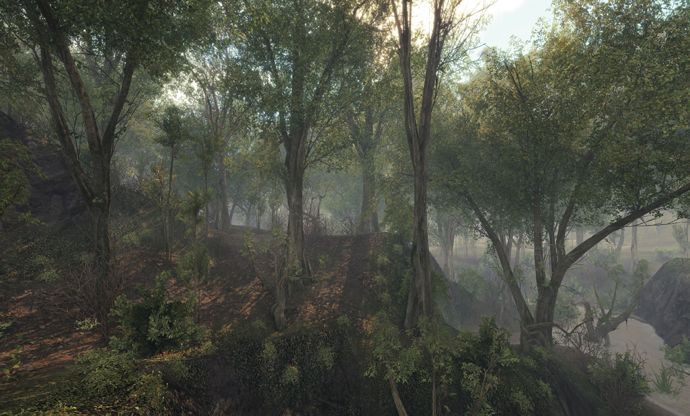 Or let’s observe Mark Tribe’s Black Creek, a high-res image of a digital landscape captured from an unnamed video game. Who deserves the credit, Tribe (who actually founded the internet art stalwart Rhizome) or the game designer?

Madness to some, genius to others – but this shift signals a widening acceptance of the digital field as the mainstream.

The auction was also in collaboration with Paddle8, an online art gallery for selling and buying that came along in 2011 when – in terms of online art communities – the question had shifted from “who is doing it” to “who is doing it best.” Paddle8 is one of the latter. 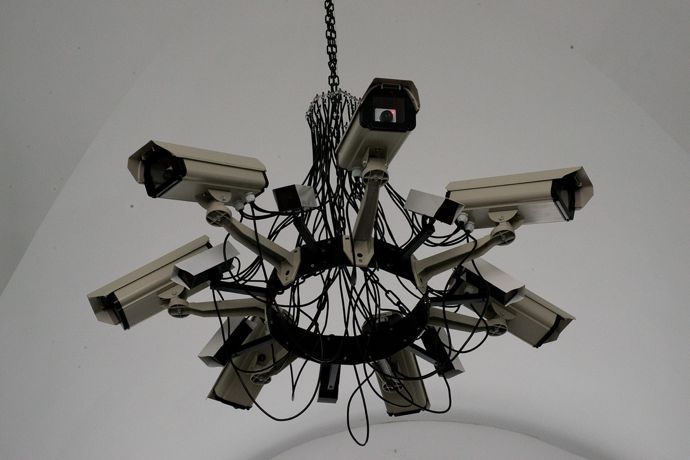 Compared with previous attempts by other fledgling art sites, Paddle On! was a success, totalling $90,600 and selling 92% by value, 80% by lot. The website piece I mentioned by Rozendaal sold for $3,500 at auction to Benjamin Palmer, CEO of The Barbarian Group. And it wasn’t the most expensive piece either. A chandelier made up of CCTV cameras called Asymmetric Love Number 2 by Addie Wagenknecht hammered-in at $16,000.

80% of successful bidders were first-time buyers at Phillips, suggesting an influx of new collectors from the digital generation.

“I came away with this idea that the very definition of contemporary art has expanded to comfortably encompass these more immaterial art forms – new media, video, performance, and street art,” mused Megan Newcome, Director of Digital Strategy at Phillips. “The auction was a clear indication of a change – as collectors, both new and seasoned, were turned on to works by artists whose practices are technology-based, the notion that collecting digital art as being something ‘niche’ shifted to being something very ‘contemporary’ and very ‘now’.”

Other institutions are popping up to similarly drive the creative conversation towards bankable digital work. S[editions] in London for example, is dedicated to bringing contemporary digital work to the screen and provides these limited edition pieces in the same way as they would physical pieces. Buyers are ensured exclusivity and can sell on their piece should they choose to. They can even have a digital “vault” to store all their shiny new Tracey Emin and Aaron Koblin artworks.

It’s all well and good when traditional art institutions accept digital and internet artwork, but selling it like its traditional art isn’t really advancing any cause. It’s just like throwing an old engine in a brand new Audi. (Or is it? I don’t know anything about cars.) And of course there are the unconvinced who baulk at the people laying down serious cash for a gif they can Google for free.

The open, free and interchangeable aesthetic of the internet itself needs to be embraced. We need a new way of thinking that isn’t based on “this is mine, not yours” – a hard task for a market based on status-symbol pieces and exclusive rights.

“We’re at a point where there’s this natural proliferation of a shared digital culture – we’re all using technology in our daily lives – there’s nothing radical about digital experiences,” suggested Newcome. It is this exact unremarkableness that should steer us towards Tumblr and the way its intricate network of users share and contribute to images and content.  Whereby adding layer upon layer creates something more surprising and delightful after every comment or share. 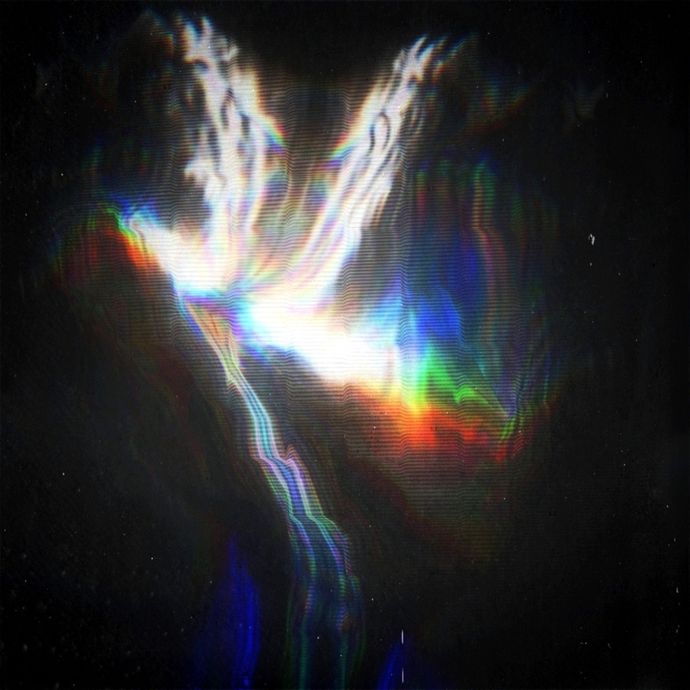 Here the concept of the “consumer creator”, which is exclusively used to describe the millennial generation of digital whizz-kids could shed light on the future of art. Let’s throw our content and creations out there into the big scary world of the web and see how others adapt and manipulate them into something complex and beautiful… that, or just something funny with penises photoshopped in. 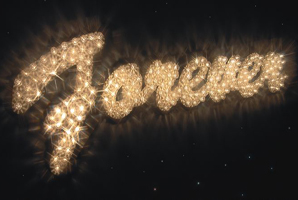 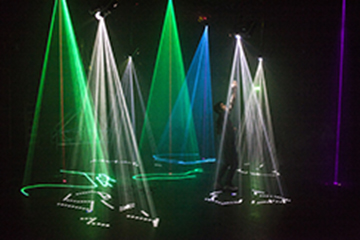 The Digital Revolution brings together a range of artists, filmmakers, architects, designers, musicians and game developers – who push the boundaries of their fields using digital media. It also looks to the future considering the impact of creative coding, DIY culture, digital communities and the creative possibilities offered by technologies including augmented reality, artificial intelligence, […]