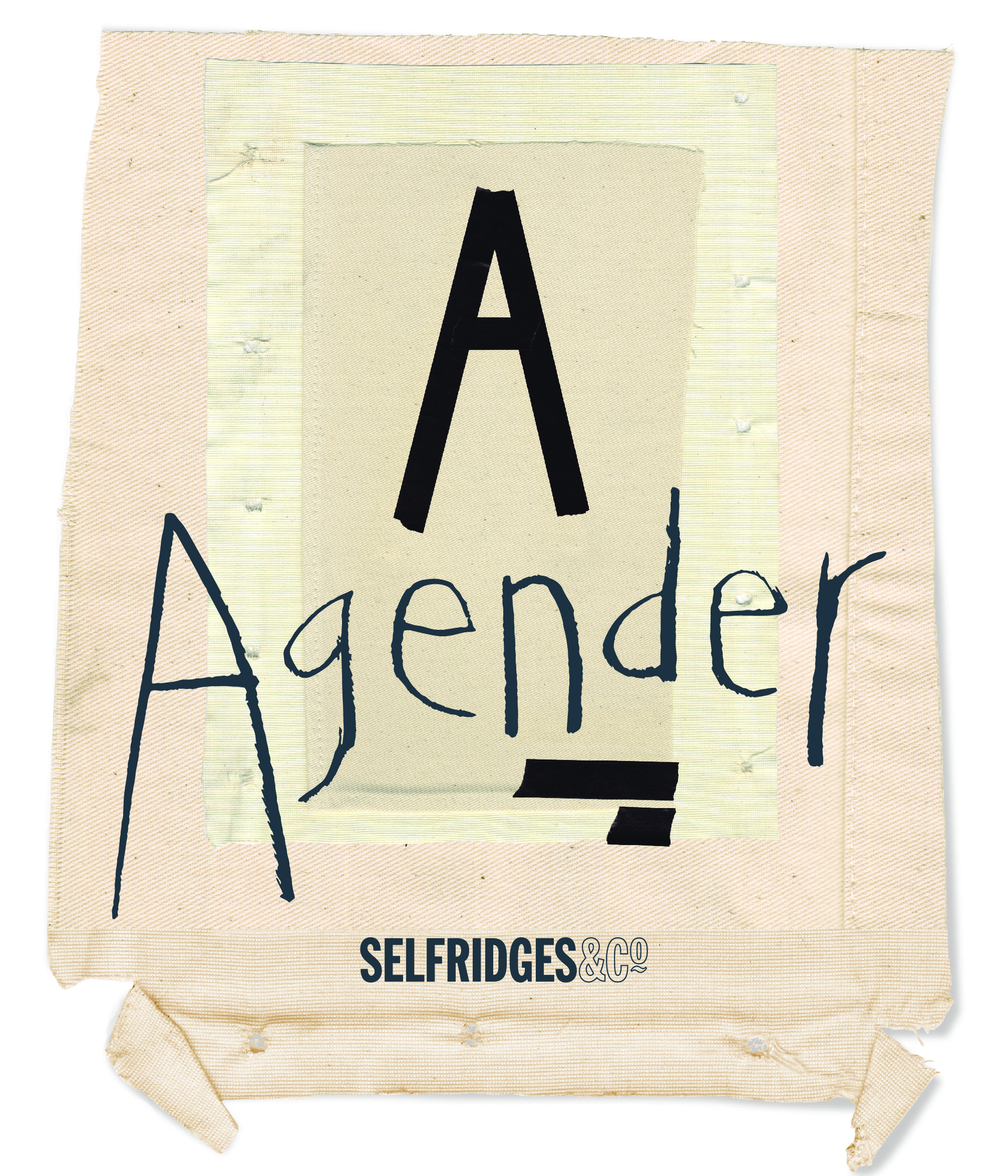 Eradicating the boundaries and limitations of the traditionally gendered retail structures is the innovative new Selfridges’ AGENDER department. By creating a unique “genderless shopping experience” encompassing fashion, accessories and beauty, Selfridges have tapped into an important of a cultural shift – we’re becoming a world where your gender doesn’t matter or define you. 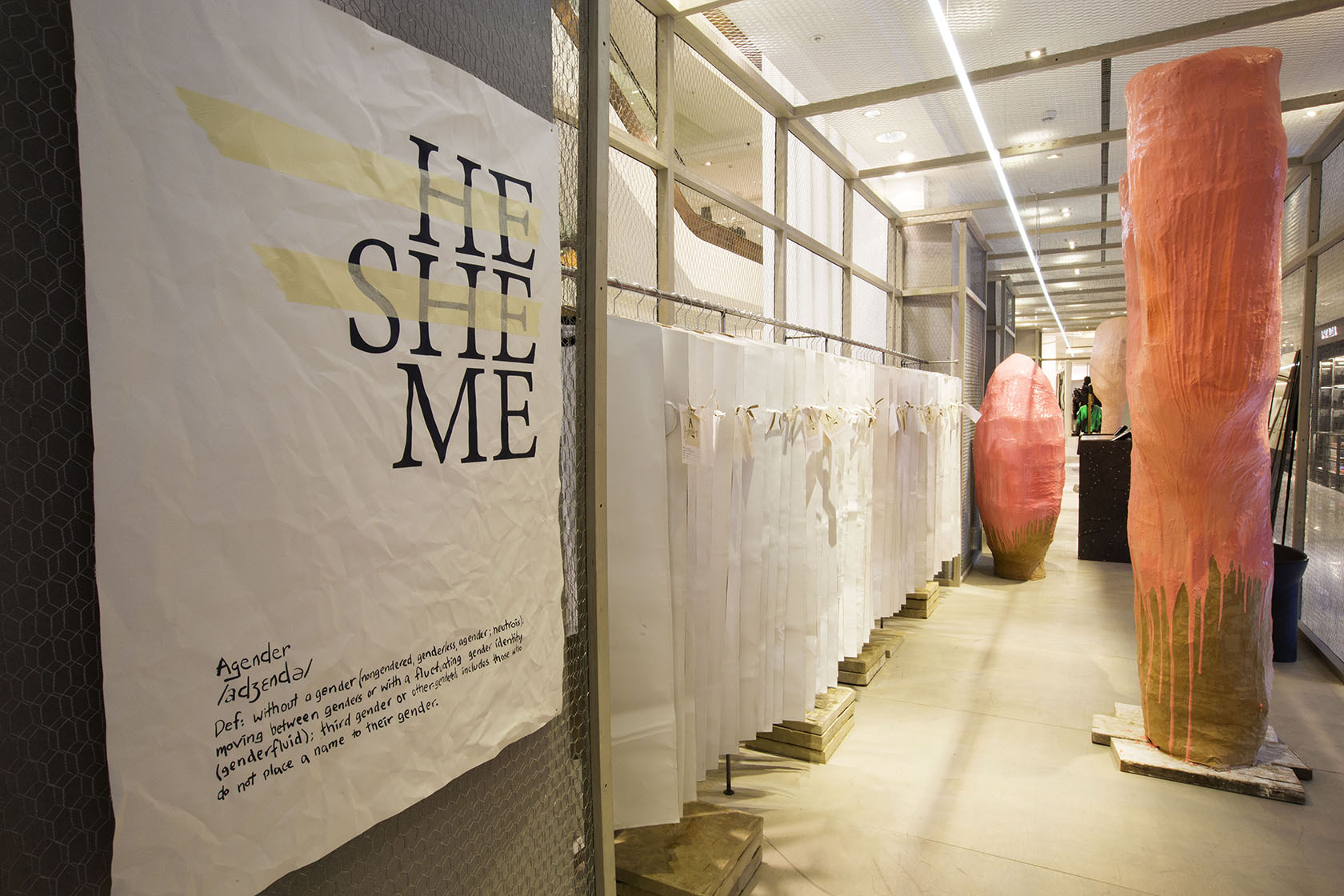 The concept store, spanning sections the ground, first and second floors of all the stores (as well as the website) was designed by interiors designer Faye Toogood, who has previously designed spaces for Comme Des Garçons and Alexander McQueen. She set out to give freedom to customers to transcend the notion of ‘his’ and ‘hers’; “Selfridges’ ambition was to create a space where men and women could essentially come and shop together irrespective of gender, and that you chose clothes as an individual rather than based on your gender.” The title of the concept store ‘AGENDER’ is defined by Toogood as a phrase which “suggests a plan of action or an ideological goal. This project sets out an agenda to move fashion forward and to reflect the realities of the way we live now.”
With clothes and accessories available from a range of esteemed designers, including Comme Des Garçons, Meadham Kirchoff, Ann Demeulemeester, NICOPANDA by Nicola Formichetti and a Selfridges-only capsule collection from Bodymap, there is a multitude of brands who refuse for their tailoring and slogan t-shirts to be defined by gender. 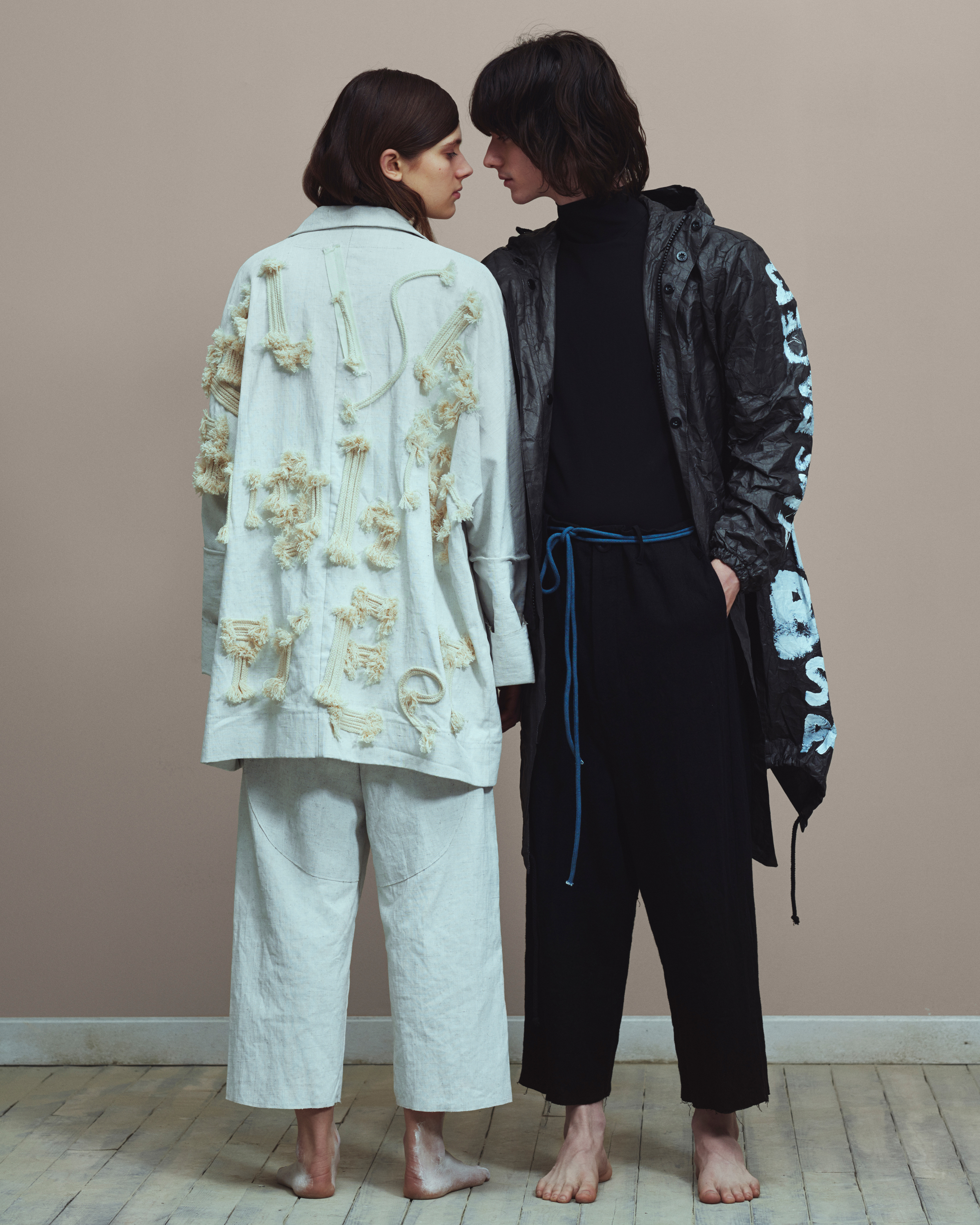 Photography, film, music and design pieces also form part of the concept, continuing the exploration of gender in different creative formats. The AGENDER window displays are also devoid of gender identity in their design. There is not a mannequin in sight; only the products displayed in an entirely gender-neutral way. Senior creative windows manager Hannah Emslie said “The result is something entirely abstract, allowing us to really focus on the detail of the products. We want everyone to walk past the windows and be attracted to the items on display, completely unrestricted by traditional gender ideas.” 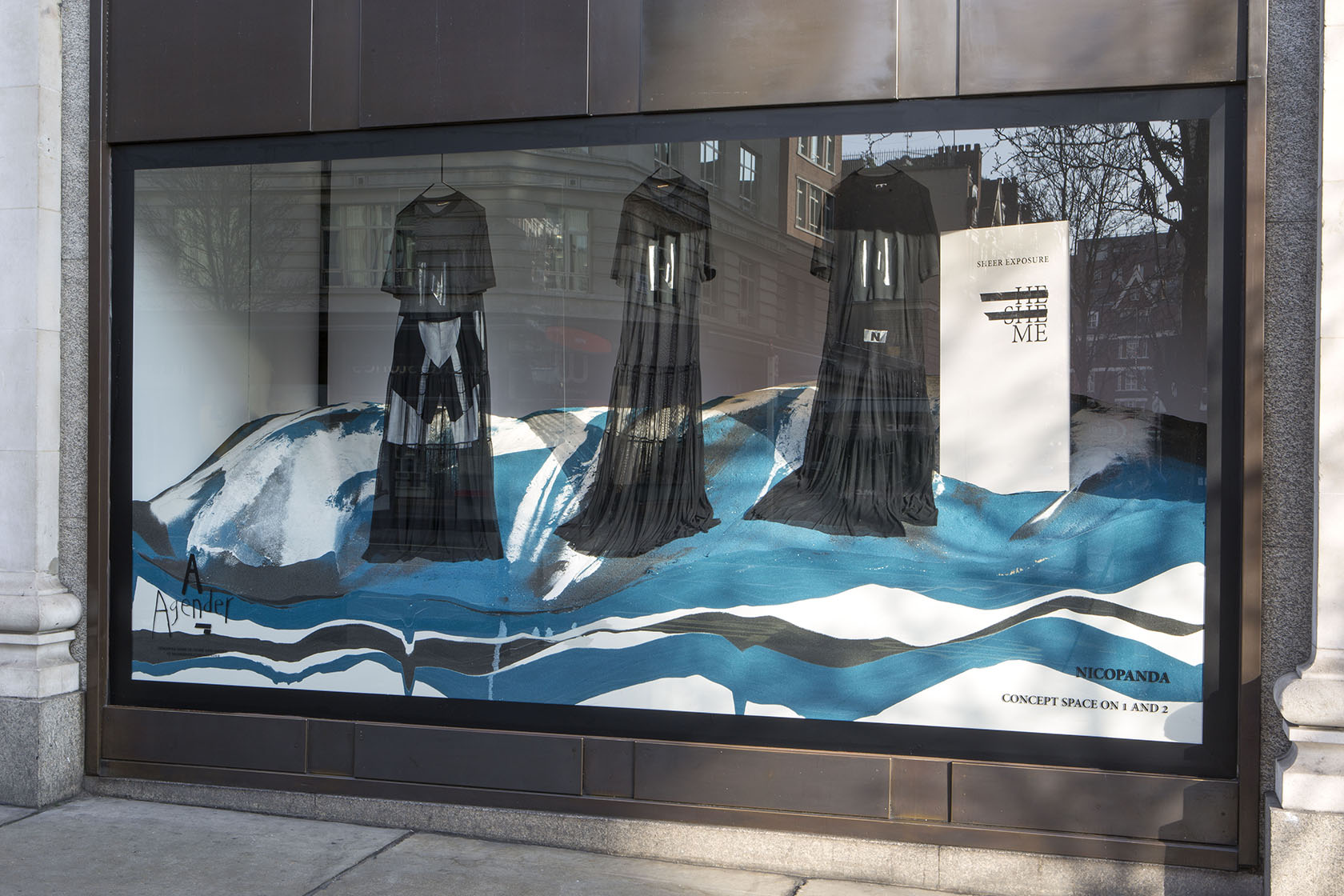 AGENDER was developed over two years, and Toogood aimed to spread a message: “I think we realise now that gender is not binary, we are all individuals, and essentially gender is a fluid thing,” therefore we need not be defined by our gender or how stores chose to gender our clothes. It works on both an aesthetic and intellectual level; it is an innate expression of self-identity to wear a garment identified for another gender. With all clothes for sale hung up in white canvas bags, with just a slit to see the garment inside, there’s no focus on the brand. AGENDER is primarily about self-expression and the formation of identity free from gender boundaries and rules. 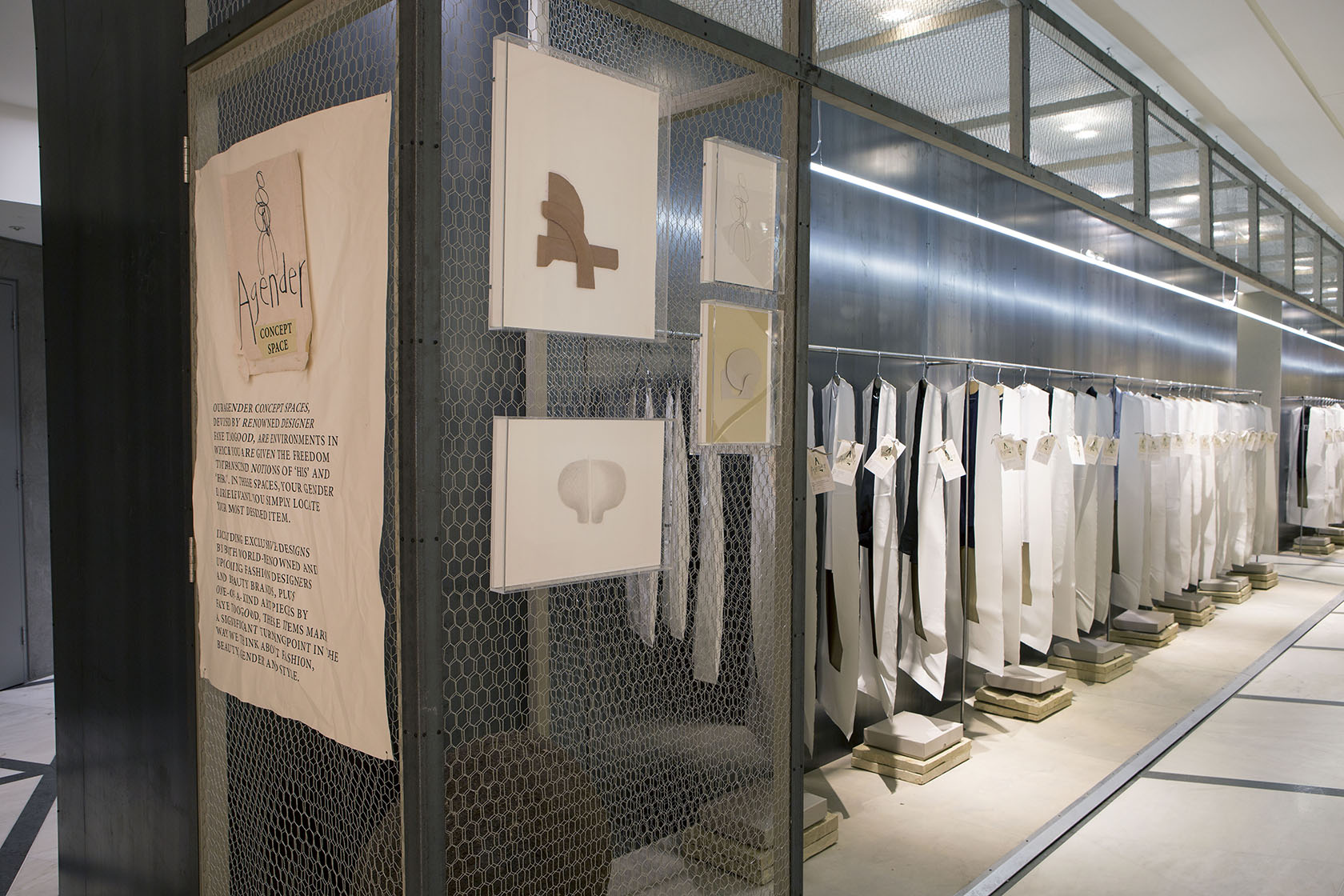 Linda Hewson, Selfridges’ creative director said AGENDER “is part of a far bigger movement and a cultural shift that affects us all.” Eradicating the boundaries of gender separation in clothing, accessories and beauty can only be a good thing, and creating a radical, gender-neutral department is the first step in achieving stores that allow everyone to shop all departments, irrespective of gender.

The store design itself is quite radical, with its lack of signs, no obvious labels and its cage-like exterior separating in from the rest of the store. Equally radical is the innovative campaign video, shot by Kathryn Ferguson and Alex Turvey, starring transgender performance artist Hari Nef and beautifully sound tracked by Devonté Hynes and Neneh Cherry.  Click here to watch the campaign video. 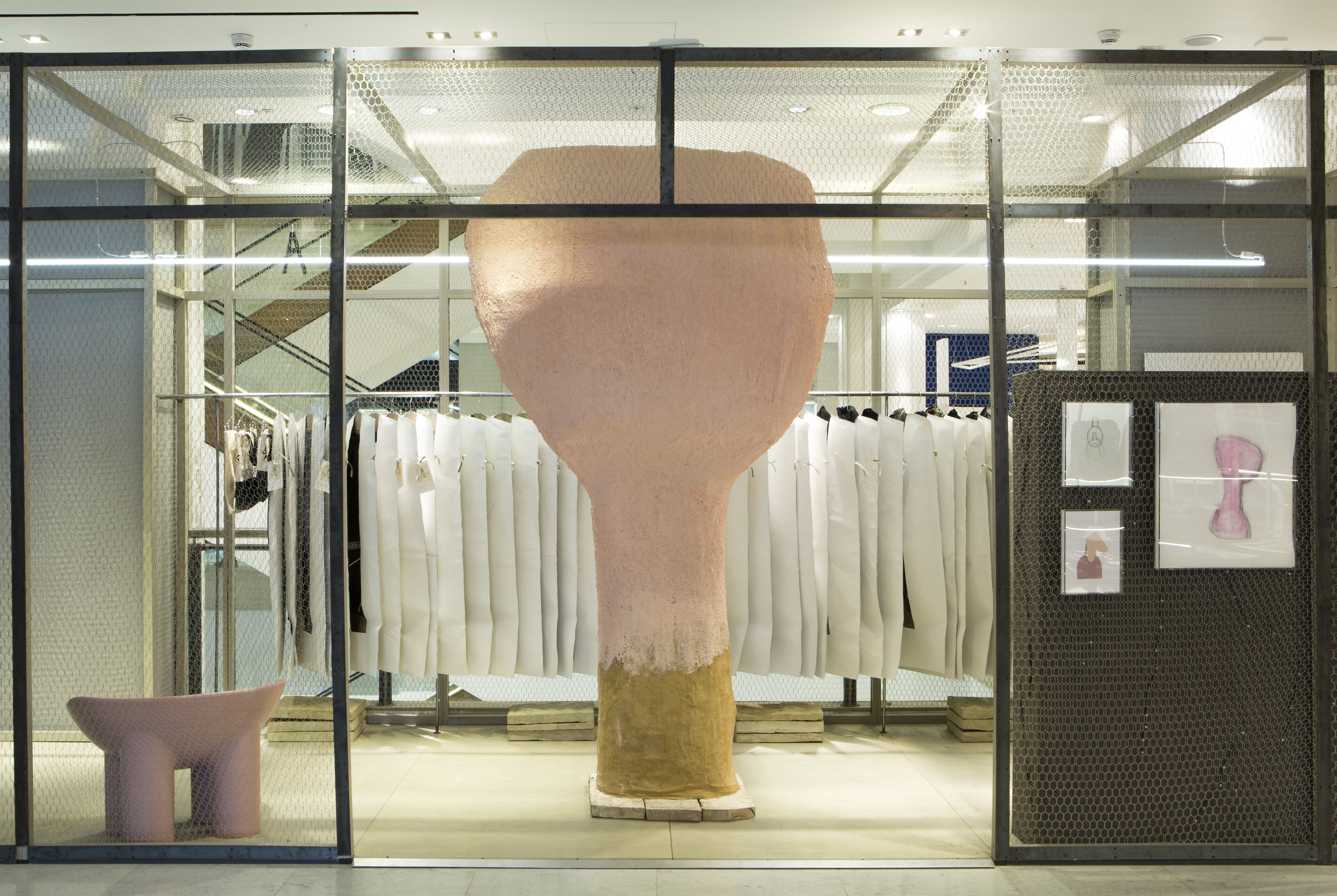 The only downsides to AGENDER are that it’s only a small section in comparison to the size of Selfridges, and it’s unfortunately not a permanent set up, but apart from that the concept design and idea is innovative and a celebration of fashion without definition.

It’s exciting that this could be the start of people being freer with how they express their identity through clothing and not being limited by what stores dictate are for males and females. Hopefully one day we can achieve departments like AGENDER in every store, so we’re free to shop wherever we like; masculine, feminine, a bit of both or neither.

AGENDER is open until the end of April 2015. 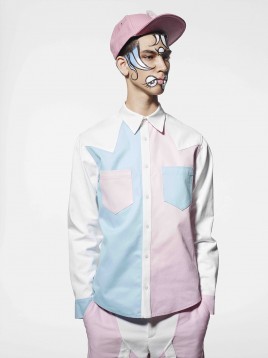 NYC-based NICOPANDA is Nicola Formichetti’s latest fashion venture and a creative vision that has been hinted at through various collaborations and past projects. Featuring as part of Selfridges’ AGENDER department, naturally all the clothes are unisex and deliberately designed to be so. Taking hints from a myriad of influences such as sportswear, Harajuku-style layering […] 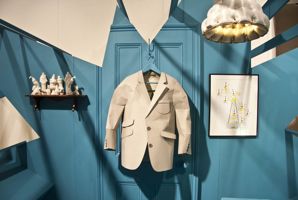