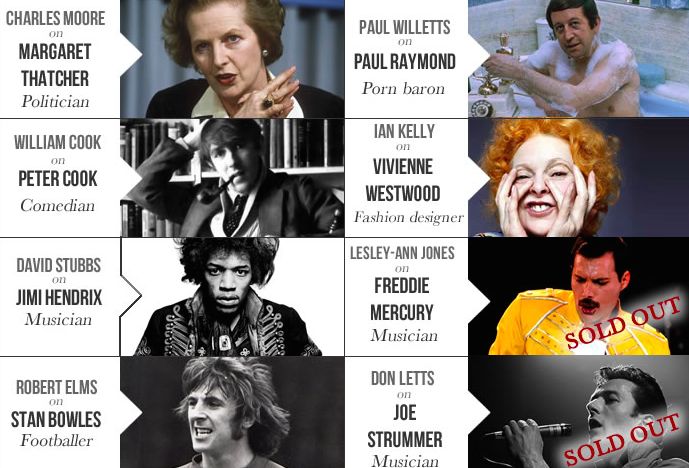 When you read that Suzette Field and Stephen Coates of A Curious Invitation and Antique Beat respectively are the curators of this year’s 32 Londoners you instantly become interested.

When it emerges that the theme is immigrants (or as the official website puts it, ‘adopted Londoners’), you pay even more attention. The UK in general and London especially has always attracted immigrants. I am one, so are many of the creatives who contribute to and shape Volt magazine and Volt Café. Of the thirty two men and women chosen to be celebrated in this series of talks, some came to London to seek fame and fortune; others came to escape persecution abroad; a few ended up here by chance. Some of these individuals were responsible for actually designing and building the city the London Eye now presides over. Others have contributed to the historical, political, cultural or artistic legacy of our capital. They came from as far afield as Australia and Trinidad, and from as close by as Norfolk and Surrey, all attracted by the long tradition of freedom, tolerance and acceptance of new ideas that London stands for. London readily embraces the cutting-edge. 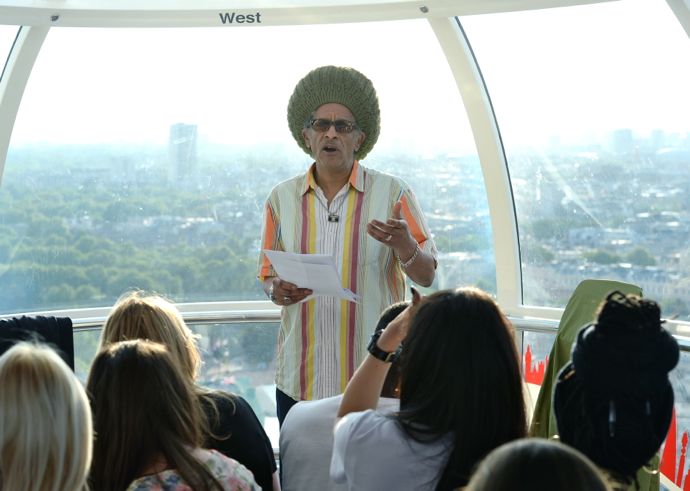 As you can see from the list, it is quite a mix. Where would we be without Shakespeare, Newton and Dickens? Others were the quirky choice of the individual speakers – such as footballer Stan Bowles by Robert Elms for example. This could never be the definitive roll call of the greatest adopted Londoners, there are so many, but it is a great and very diverse group. 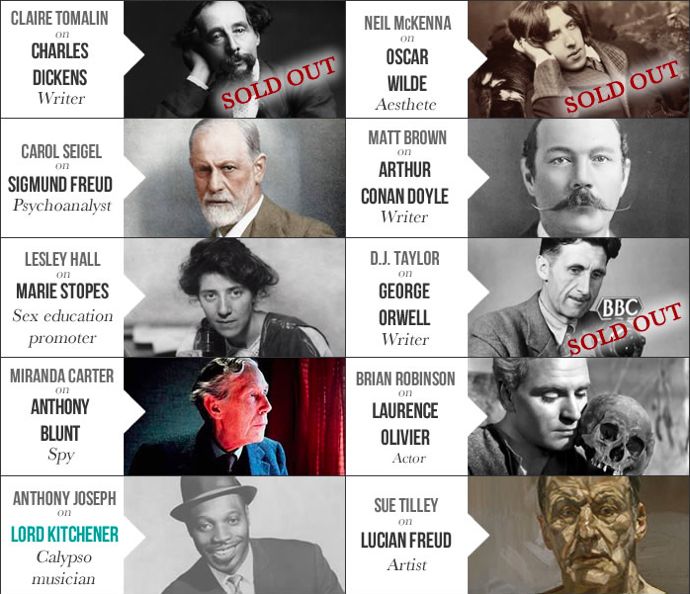 On 11th June, the event will feature 32 talks, in each of the London Eye’s 32 capsules on 32 extraordinary Londoners.

Passionate speakers celebrating iconic figures, past and present, who were born outside of the city, but came to be associated with it. This year’s list includes Lucian Freud, Joe Strummer and Vivienne Westwood with speakers including Dan Cruickshank, Don Letts and Robert Elms as interesting as the subjects they are telling you about. The only tricky bit will be which one to choose as they of course all take place simultaneously. And 32 Londoners is selling out fast, so best decide before the decision is made for you.

During each talk, guests will be served a complimentary drink courtesy of Aspall Cyder while there will also be an opportunity to share further drinks and a chat both before and after the talks at the London Eye Riverside Rooms.

Tickets will be available to purchase from Thursday 30th April 2015. Get tickets here
Price: £40 per person

Juan Carlos Verona was born in ’84 in Spain and grew up surrounded by a family of hairdressers. In the early 2000 he left his hometown looking for new experiences and moved to Madrid. He then studied photography in Barcelona and in 2010 came to London where he now works with different artists, does test […]