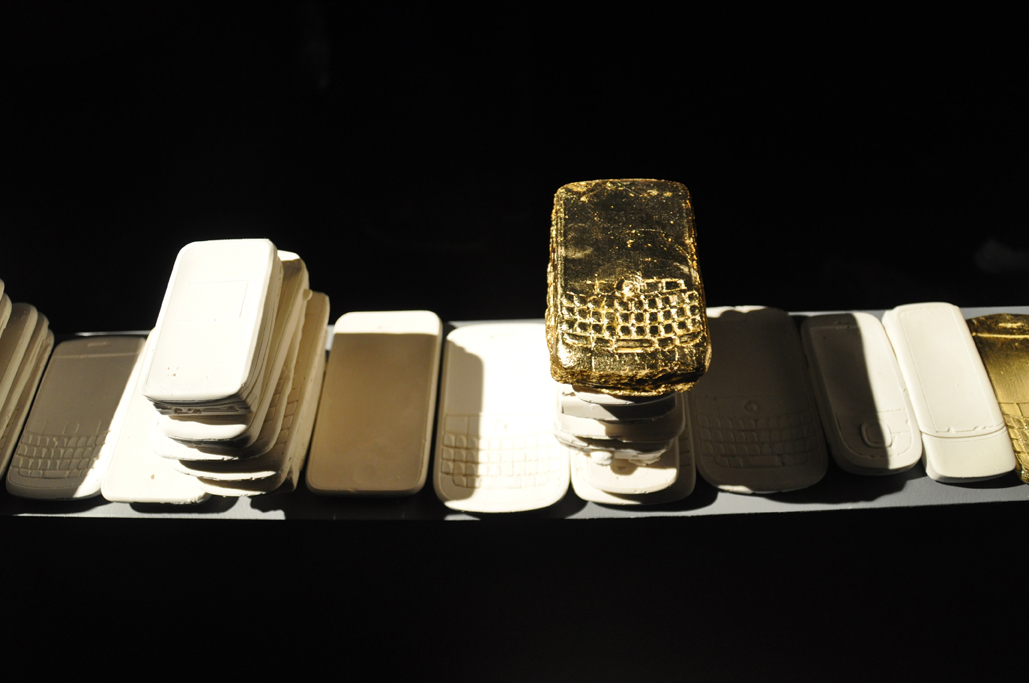 ‘Concrete Communications’ is the first major solo exhibition by sculptor Catherine Borowski, and curated by Art Director Philip Cooper. Dozens of white plastered phones are presented at the Dalston Department store until 9th of November. We did a small interview with Catherine herself, asking her about the main thought behind Concrete Communications and her specific inspirations.

Volt Café: You find inspiration in non-places, what exactly does that mean?

Catherine Borowski: During my Fine Art studies I attended a lecture about non-places, which blew my mind, really. Back then I worked at Canary Wharf and was going to this corporate non-space every day and it resonated with what they were saying in the lecture. What really interested me in Canary Wharf at that time was the transportation from the tube station to the DLR. You could not really wait in the communal areas because of the cameras. If you were standing there for too long, they’d come to ask you what you were doing and move you on. Also, as I worked in this office at the Sunday Mirror, I started watching people working around the office area. What caught my eye back then was that no one really wanted to invade each other personal space. This got me thinking about the psychology of the workspace – ending up in designing an installation in the office. I made a three-dimensional carpet leading people in different directions. It was funny to see how some people really followed the direction and others just got caught off guard by it interfering with their main route.

VC: You own a creative branding company called Produce. Does this work ever clash with your work as an artist?

CB: Oh yes, it’s a massive clash! The branding business is all about telling stories and selling an idea, which you communicate to the world. As you’re one on one with your clients you can´t really push your own opinion and say no. I haven’t been doing art for over ten years actually. I started after the big recession, which we had, and clients got blown away from one day to another day. That was the moment that I got back to study sculpture again.

CB: Yes I do actually. What I realized this year is that a lot of my work is kind of autobiographical. Where I thought that my inspiration came from non-places I actually realized that it has to do with my background. I grew up on a council estate. Social housing doesn’t show any decorative details, so I was surrounded by a quite stark and plain environment. I remember when I was little, a teacher asked us to draw our front door. I remember my classmates drawing pretty Victorian houses, where I had drawn a plain white door with a letterbox and a house number. I guess the influence was already there.

VC: How does your apartment look right now?

CB: My flat where I´m living at the moment is pretty stark as well. I´m genuinely not interested in decorations. My friends laugh at me, they´re like: “put some stuff on your walls, man..” 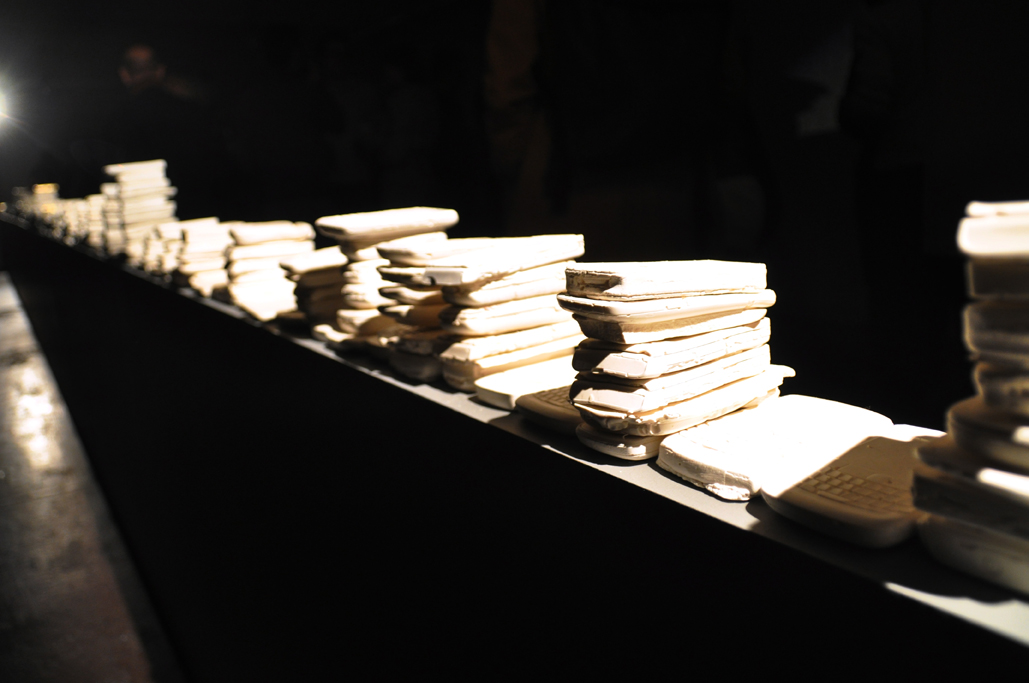 VC: Could you tell us more about the work you’re exhibiting this week called “Concrete Communications”?

CB: I have been working on “Concrete Communications” for over three years. It has taken that long to know how I wanted to present the phones, what I wanted to do with them and how much I wanted to present. I mean in the last three years social media has evolved so much, the whole phone has evolved. So then the project changed into a question of social media and text messaging. I was questioning the communication via text, twitter and Facebook. I mean I quite like people and interactions in real life, but so much of what I do is on email and text, which makes you hide behind the words. It has come as a sort of epiphany for me that I realized that concrete communications is all about me.

CB: At the beginning stage of “Concrete Communications” I was questioning the creative office spaces, which at that time I was visiting because of my own creative agency Produce. I made sketches, wrote down what was ´popular´ at that time. You could see a pattern: every office contained achievements in golden frames, brainstorm areas, iMacs, Barcelona chairs and a white fluffy rug. It was all about turning a non-space in to a space, which made me create a kind of ´beginners guide´ to achieve this. The notes I took at the corporate environments worked as a starting point for “Concrete Communications”.

VC: You use a lot of plaster and wood in your work, is that on purpose?

CB: I´ve always been interested in corporate surfaces so I also applied the materials, which are used in those environments. Which are, most of the times, very banal and ordinary. I actually worked with a gang of builders, that was really interesting. I worked with road workers and their materials for over two months, so I could actually learn how to work with the material. I got up at five in the morning and had my breakfast and tea; you’ve got to be a lad. There was no time for lipstick and glamour! Still, they were really happy that someone took notice of this black stinky stuff that they had been working with for years, and I would really like to do it again.

VC: What are your plans for the future?

CB: I want to continue showing my work, continuing being brave. I looked back at my sketchbook the other day and the biggest note I want to give myself is to experiment and let go. I think that this year will be about trying to push my own personal boundaries.

Words and images by Lete Hulscher 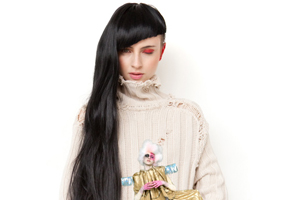 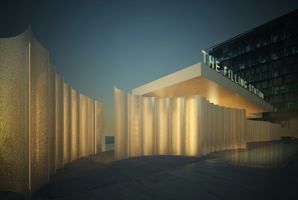 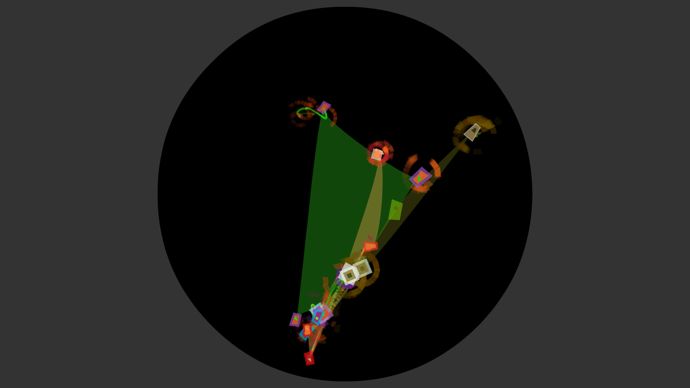