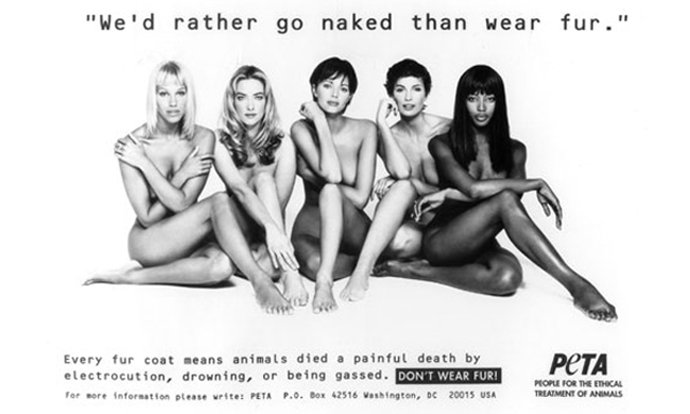 It was only a year ago that Karl Lagerfeld and Chanel made headlines when the star piece of their Autumn/Winter 2010 show was none other than fake fur. Shortly after, stores were stocked full of fake fur coats, gilets, boots, and pretty much anything you could add a trim to. It seemed like just the thing PETA was praying for. Except the result of this has not been the acceptance of fake over real fur in the fashion world. Instead, it popularized fur. Real or fake.

The A/W11 shows were a testament to this resurgence of fur, but this year it was of the real variety. Fur has been making a comeback since its near-obliteration in the nineties, and if the A/W11 shows are any indicator, fur is back with full force. Designers including Burberry, Matthew Williamson, Mulberry, Giles and Acne all showcased a vast array of furs in their collections, and I begrudgingly admit it was quite beautiful. But I am not the only one suddenly feeling a struggle with the anti-fur attitudes implanted in my childhood. A spokesperson of the British Fur Trade Association (BFTA) recently released the following statement regarding the rise of fur: ‘Our retail members have reported a 40% rise in retail sales from this time last year. Consumers are choosing fur to keep them warm and stylish during this cold weather.’

So where has this come from, and where has the moral dilemma gone? We cannot deny that something deeply ingrained in us for centuries loves the way fur looks and feels. It triggers an innate sensory experience that may very well come from our caveman days. Of course, in those days animals weren’t bred on fur farms in cramped conditions, and it really was more about the food chain rather than fashion. Regardless, the instincts are still there, and seeing such a rise in fur around us is surely increasing the temptation.

Being a connoisseur of high quality garments myself, I am the first to acknowledge that fur garments are indeed one of the best money can buy. They allow the skin to breathe, provide the utmost warmth and can very well last a lifetime if taken care of properly. This is something fake fur will never provide. But in our age of mass-consumerism, do we really need something that lasts a lifetime? And there is no shortage of equally fashionable alternatives to keeping warm. Buying fake fur seems just as suitable considering our high turnovers of clothing.

Real fur looks good. Real fur feels luxurious. Even the most hesitant people I know admit to feeling a little light-headed in the fur departments at Harrods and Selfridges, and I believe this is something we all struggle with. We know it’s not coming from a good place, but we want it anyway. While I have consciously stayed away from fur so far, I nearly succumbed to a stole last winter when that inner desire started bubbling at how glamorous it made me look. But after an hour-long internal debate, the nagging conscience finally won out and I put it down. And having looked at the fur trade more closely, I am glad I didn’t buy.

The internet is littered with horrific videos of Chinese fur farming. PETA has posted one on Chinese Fur Farms, which I warn is extremely gruesome and disturbing. Animals are violently beaten and skinned alive. No amount of luxury in the world would make it worth the cruelty and pain these animals experience. But this is one extreme, and initially I considered that such cruelty is not a regular occurrence in fur farming, but rather an individual group’s sadistic acts. Fashion brands such as Burberry have claimed to boycott fur from China after the emergence of these videos.

The International Fur Trade Federation claims to have strict guidelines to which their members must adhere: ‘Standards cover safe, humane and environmentally friendly slaughter and pelt processing. The regulation forbids slaughter of any animals by non-approved methods.’ The BFTA further elaborates on this by stating that ‘animals are killed quickly and humanely on the farms. Methods used are closely controlled under National and European law and North American Provincial/State or National requirements. They are administered on the farm thereby minimising the need for stressful transport.’ And Origin Assured (OA) insist that any garment containing their OA label can be trusted as a humane source of fur, and do not use endangered species.

However, anti-fur organizations suggest otherwise. Some sources claim animals are in fact painfully electrocuted, gassed, or beaten to death, and that the treatment is not humane in the least. Others show photos of cramped living conditions and open sores on the animals’ heads and paws. So how can we know who is telling the truth? The only options we have are to either take the fur companies’ word, or steer clear of fur. In my experience, everybody lies a little white lie.

We have tried to find ways to embrace our desire for fur without the guilty conscience. Many people opt for vintage furs as an answer, with the mindset that at least then those animals have not been killed in vain. However, vintage fur often comes with the disconcerting problem of not being able to track its origin. The full array of cruelties on fur farms has only come to light since the anti-fur campaigns of the early nineties, and if strict regulations are in fact enforced, it has only been in the last couple of decades. While I understand the mindset behind wearing vintage furs, I wouldn’t want mine to have possibly been skinned alive. It also perpetuates the popularity of fur, thus not actually lowering the 40% increase in demand.

Then we come to the latest dilemma, which is the support of up-and-coming designers by fur companies such as Saga Furs. The fashion industry loves to promote new talent, and Saga Furs has young designer initiatives linked to leading international design schools. A representative stated that ‘the idea is to promote fur as an innovative material and – in some cases – facilitate the pelts for certain collections or projects.’ With young designers often struggling with finances, this can be a tempting offer. For the fur industry, it keeps their product on the runway and in the spotlight.

It is no wonder that we struggle with our views on fur. It looks beautiful and it’s back in fashion and more present than ever. But we are also more aware and far less tolerable to the ill treatment of animals. We want to know that the fur coat we strut around in was not made in painful, horrific conditions, and that animals weren’t killed needlessly. We want the fur without the guilt. But let’s stop telling little white lies and just be honest. There is no fur without guilt. 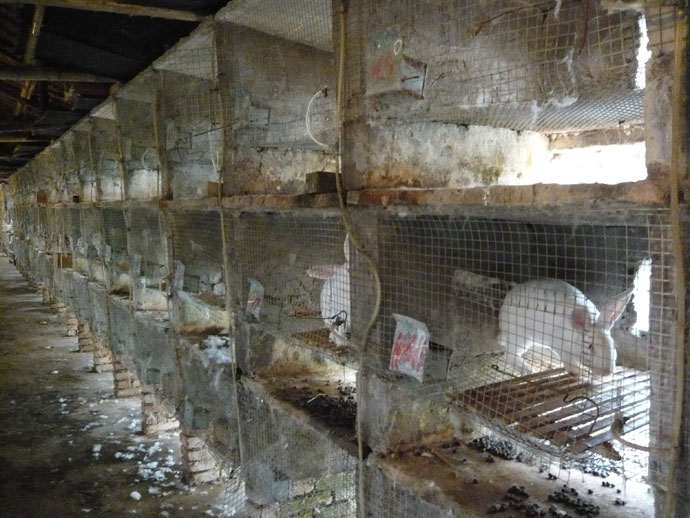 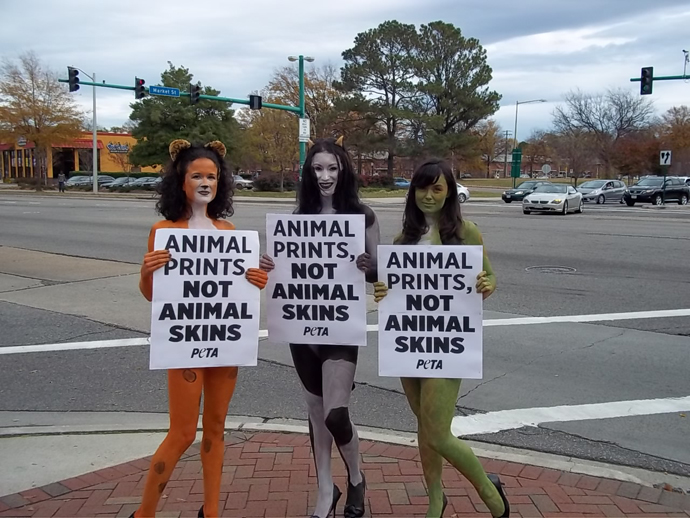 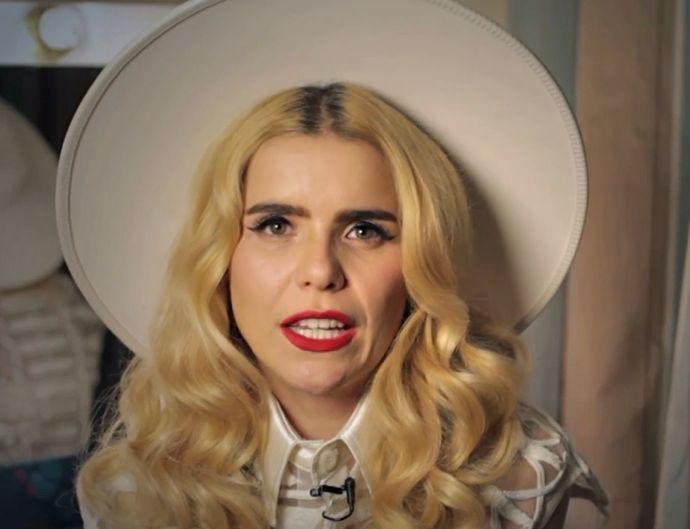 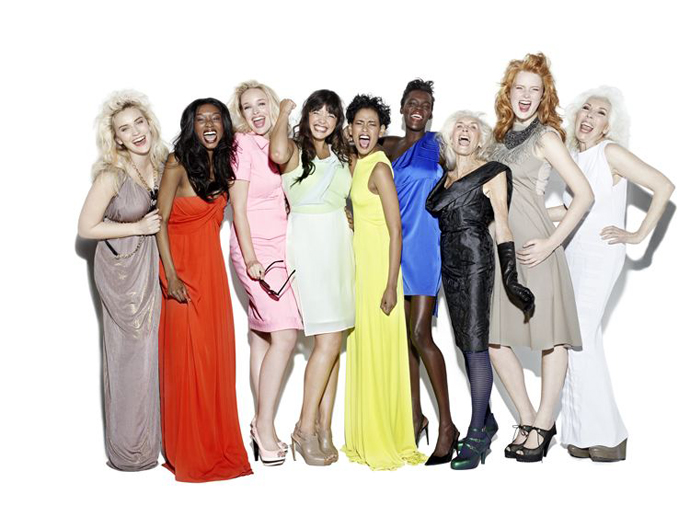 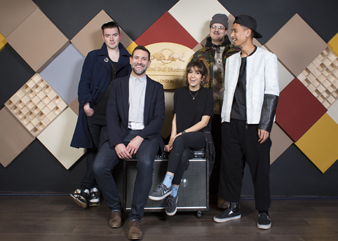