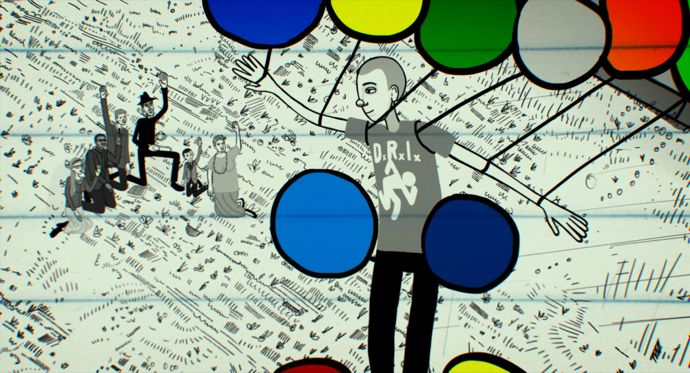 The JT Leroy Story opens with a toe-curling introduction by a gushing Winona Ryder to a reading JT Leroy was giving, summing up the way many supposedly cool celebrities fawned over him. The story was that he was the gender-fluid son of a truckstop prostitute or ‘lot lizard’ and that he at the tender age of 15 was encouraged to write by his therapist.

Although some did speculate that he was a hoax or possibly a performance piece, most bought the story hook, line and sinker, – not least the many celebs who attended his readings and left lovelorn messages on his answer phone. I shan’t mention them all but was embarrassed on Tom Waits’, Shirley Manson’s and Lou Reed’s behalf.

As it turned out, JT Leroy was the invention of a woman, Laura Albert. Terminator, JT Leroy’s first moniker, started out as a hoax call to a Child Help Line when she lived in San Francisco. Albert was addicted to calling help lines, impersonating young boys in trouble. One of the therapists she spoke to, a Dr Owens, encouraged Terminator to write. Albert pretended to be JT’s best friend, Speedie (complete with a somewhat unbelievable Cockney accent), and could thus act as a go-between.

Surprise. The writing’s a success. After publishing a short story as Terminator, he next published the book Sarah under the name of JT Leroy – made up from Jeremiah Terminator and the surname of one of Albert’s phone sex clients.

JT’s reclusiveness added to the buzz. And a host of celebrities – recognising the instant cool by deferment – were only too keen to do the readings for him. 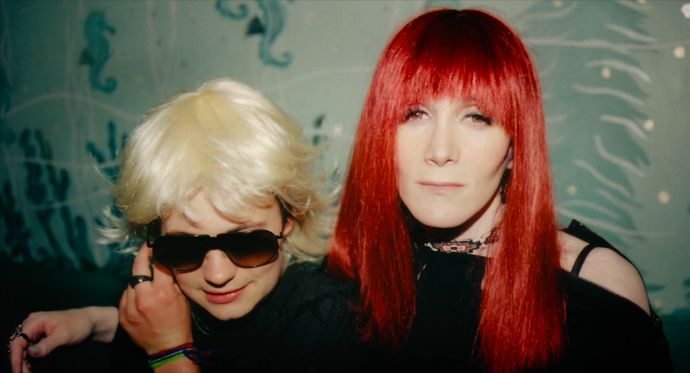 However, it became imperative to have JT manifest. Luckily, Albert’s boyfriend’s half-sister, Savannah, stepped into the breach. Debuting on a breathlessly earnest German TV show, Savannah passed with flying colours, resplendent in a blonde wig and dark sunglasses, touting a Southern accent. JT lives! Albert, overweight, uncool, a mom with a toddler, could only watch in amazement at the scenario she’d created. She did have form though. As a teen, she’d had her sister JoJo as her avatar in the punk world. Back then she’d dress JoJo for a night out and instruct her in what to say and do. Now she had another living doll, Savannah, as JT Leroy.

JT became a fashion world icon. At the same time Albert was getting suave herself, loosing weight after gastric surgery.

Asia Argento, the actress, film maker and daughter of renowned Italian film director Dario Argento, wanted the rights to JT’s second book, The Heart Is Deceitful Above All Things. While shooting it, JT and Asia has an infatuation.

The world of celebrity was absorbing, causing JT and the writing to suffer. Speedie seamlessly morphed into Emily Frasier, lead singer of Thistle, a band JT wrote songs for.

JT’s third book was released. There’s a reading at Deitch Gallery in NYC, a mega event that has celebrities crawling over each other to be seen. Albert met Billy Corgan and for some reason, confessed everything. Then she did the same to David Milch, the writer and producer of Deadwood. While working as a writer on the set of Deadwood, she got the fatal call that she had been rumbled. Albert’s boyfriend suggested pulling the plug.

Obviously this was a scandal. At first the celebrity claque refused to believe it when Stephen Beachy blew the JT Leroy story wide open in a New York Magazine article. JT went into fullblown offence, calling on all his celebrity friends for help.

Warren St John from the New York Times also went for the kill and the whole scam was finally revealed. In a phone call (taped, of course), Courtney Love helpfully suggested going on Oprah, crying, “America loves redemption.” This advice was somewhat undermined by her asking for time out as “I have a real small line of coke and I don’t want to put you on hold – do you mind?” before going on to snort for literally a full minute.

Once Albert’s boyfriend went to the New York Times, essentially serving up the story, the final nail was put in the coffin.

Volt Café spoke to Jeff Feuerzeig, the acclaimed director of The Devil and Daniel Johnston and the person who has gathered all the many, many threads in The JT Leroy Story into a moving and intrigueing film.

VC: What attracted you to make a film about the JT Leroy phenomenon?
JF: I love when truth is stranger than fiction. I was introduced to it by a friend. I wasn’t actually aware of it when it was happening. I thought it was fascinating yet one voice was glaringly missing – a voice I’d love to hear. I reached out to her, showed her my film, The Devil and Daniel Johnston, she loved it and she was on board. 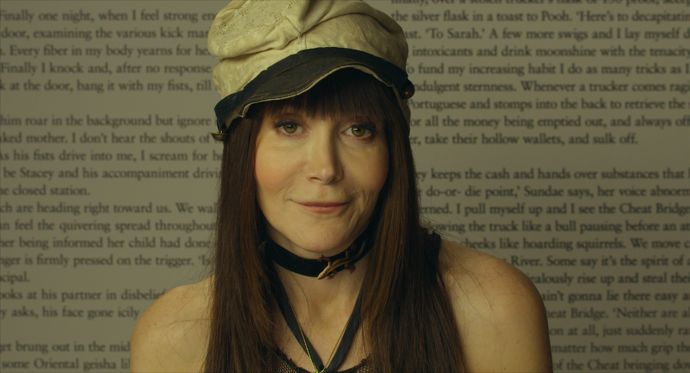 VC: Did you know about all the tapes before you started filming? Because I remember everyone famous literally clamming up as one once the cover was blown by those articles. No-one wanted to admit they’d been conned so having all the tapes was a masterstroke!
JF: It was impossible to know beforehand. She handed everything over… Two assistants worked with me to get through them all. Many people were contacted for an interview but declined as they didn’t want to be associated with the story.

VC: Why do you think she taped everyone and held on to it?
JF: She documented her entire life – she had thousands of photos, super8 films, audio tapes and dolls; she kept everything stored in her flat in San Francisco. She keeps everything, she’s an artist.

VC: The immediate deduction upon viewing the film is that Albert suffered from a mental illness – and yet, the skilled manipulation and layers of deceit hints at a very intelligent, controlling and creative persona. In a way, your film becomes her latest performance as she (apart from the tapes) is literally the sole voice throughout. Was this intentional?
JF: She was channelling her own themes, hotline addiction and food addiction. She’d been institutionalised several times. She held her story back – her story was a long journey, which involved a large amount of deceit. My film was subjective, an opportunity for her to share. When she created JT Leroy, she knew eventually she’d be found out. She wanted that to happen so she could be known in her own right.

The JT LeRoy Story is in UK cinemas from 29 July and the JT LeRoy books Sarah and The Heart is Deceitful Above All Things (Little, Brown) will be available from 4 August 2016. 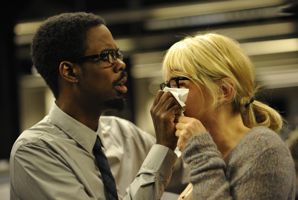 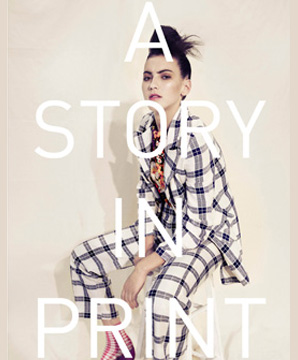 A story in print