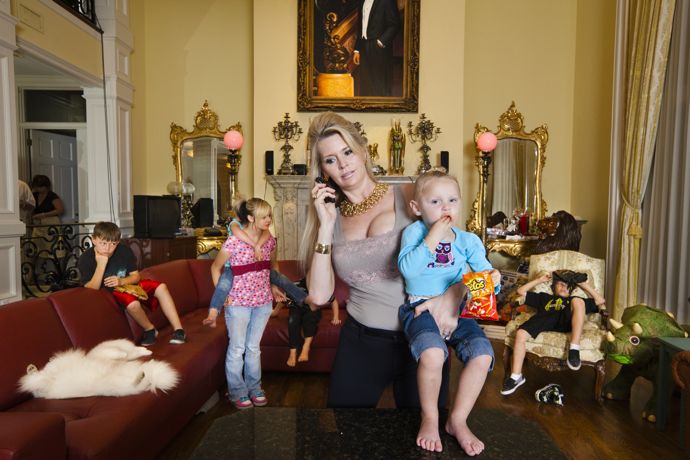 Meet Jackie and David Siegel and their seven children; Jackie is a former beauty queen and David is the billionaire ‘Time-Share King’ of the world, and they are building their dream home – the USA’s largest single domestic home – modeled on the Versailles palace in France. And then the economic crisis hits. The Queen of Versailles is their story and how, in the face of the worst economic crisis in 100 years, Jackie, David, their children, maids, dogs, employees and business associates struggle to keep the time-share business afloat and finish their dream-home Versailles, Florida

Director Lauren Greenfield’s super-accurate account of this billionaire family didn’t just happen by accident. For the last two decades, she has been working on a long-term photographic work about wealth, consumerism and how the ‘American Dream’ influences the world in general.

Our initial impression of Jackie and David Siegel is that they are happy and content in their fashion; despite David’s roving eye and Jackie’s careful reply to the question of ‘what initially attracted you to David, the 30 year older billionaire?’ they make a committed couple, one that is building their dream home, which will be the largest domestic house in the US in Orlando, Florida. It will have a wing for their seven children, a cinema, skating rink, 30 bathrooms, basically everything and anything a modern billionaire may need. All this wealth is based on David selling time-share holiday hotel rooms and villas to the average US citizen. His sales techniques are very honed; we see them in practice in very candid footage from a typical day on the sales floor. To be honest, none of the potential time-sharees look like they are really in a position to take the repayments on. Time this by millions of mortgages sold on extremely easy terms and it is no wonder that the 2008 financial crisis hits. For the Siegels it means that building on Versailles must cease as the time-share business is faltering and suddenly David turns from billionaire dealmaker to a tired old man shouting at his kids for leaving the lights on. Jackie’s take on cutting back means flying commercial airlines rather than private, remove her children from private school, and slash the domestic staff from 19 to ‘just the 4 nannies’. She still spends prodigiously, something that’s noted somewhat sourly by David, now it’s just at Wal-Mart’s instead of Barneys. Watching her shop for the family Christmas is deeply obscene, especially the footage of the XXX-large SUV being packed to the gunwales with plastic tat or watching one of the nannies carefully guiding the latest bicycle past the pile of 30 assorted, brand-new looking bicycles they already own that have been abandoned in a jumble in the Siegel family’s cluttered carport.

The Queen of Versailles is a deft and surprisingly subtle piece of filmmaking, helped by the candour and total lack of guile from the Siegels; Lauren Greenfield’s knowing camera not only interviews but captures private moments in the Siegel’s’ lives, and she constructs metaphors to create portraits of family, friends, colleagues, nannies and children as their rarefied world is turned upside down. The result is a hypnotic portrait of a family and the demise of the American Dream. 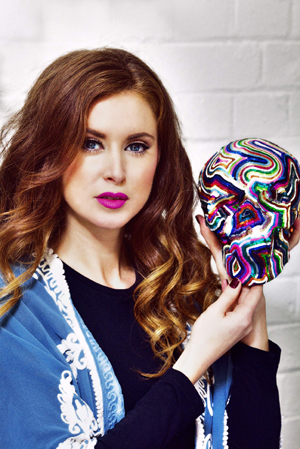 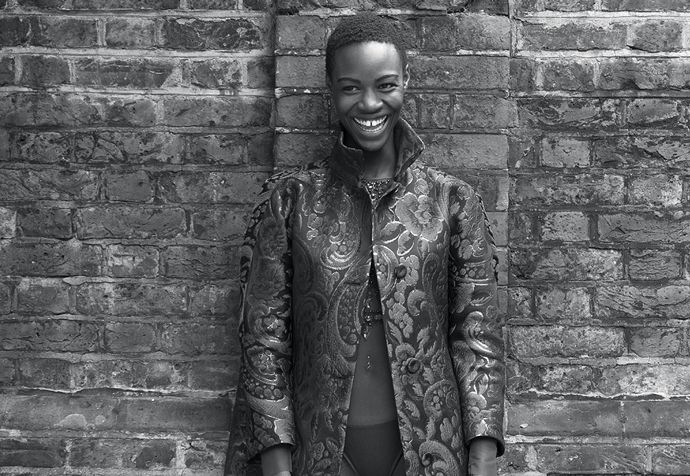